Moguera was provided by HobbyLink Japan.

Moguera has become quite a memorable kaiju to some people. It's very hard to forget his mole-like appearance. In fact, his name is derived from "Mogura", which is the Japanese word for mole. This is not your average backyard invading mole. Nope, this is a gigantic robotic mole sent by the Mysterians to assist in the destruction of humanity while they take our land and our women. Unfortunately Moguera dies in both films it appears in. While he is immune to machine gun fire, mortars, and flame throwers, he is not immune to heavy equipment landing on him nor falling off of an exploding bridge, which is how he met his demise.

Moguera comes in a satin finish Revoltech box with a book-style flap that allows you to check out the contents. 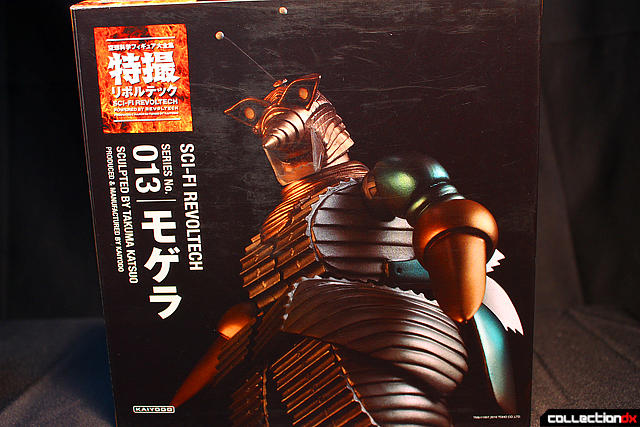 Moguera is pretty much your standard fiddly Revoltech figure we've all come to love/hate, except this figure is a bit less fiddly because of its limited articulation. I would've had him stand straight up, but that's the nature of these soft figures with joints that need to be precisely aligned to achieve the correct pose. 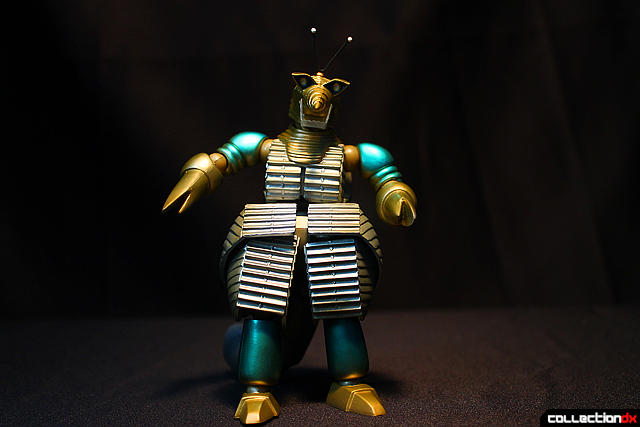 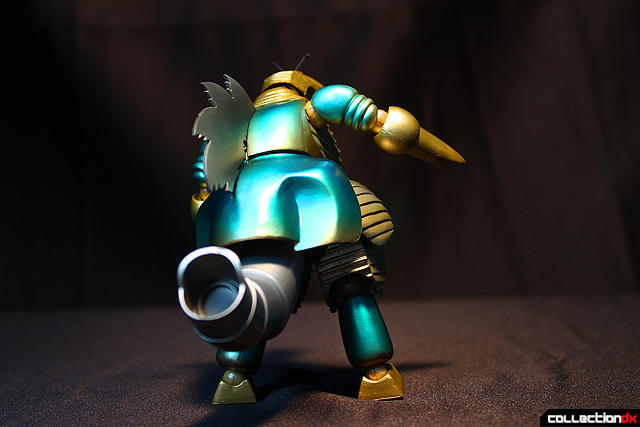 When I say limited, I mean relatively limited because if there is one things Revoltechs can do, it's articulate. Even for a character that isn't known for his radical articulation. 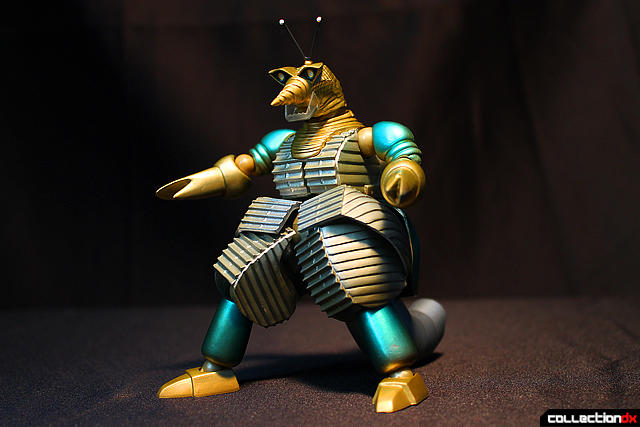 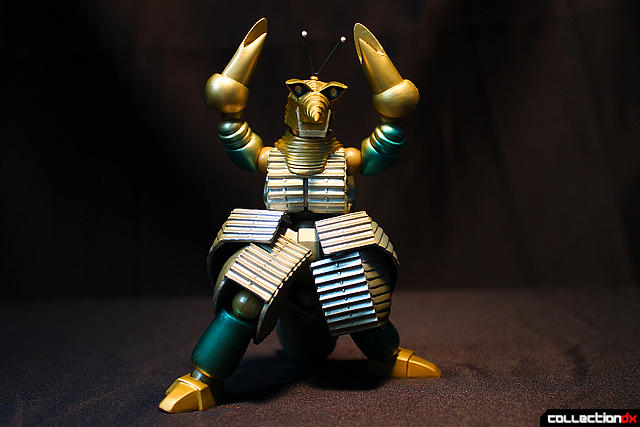 The paint is really well done on the figure. It has excellent metallic paint and shading. 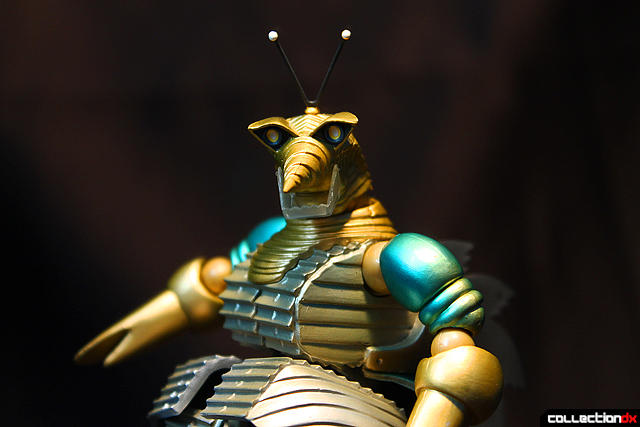 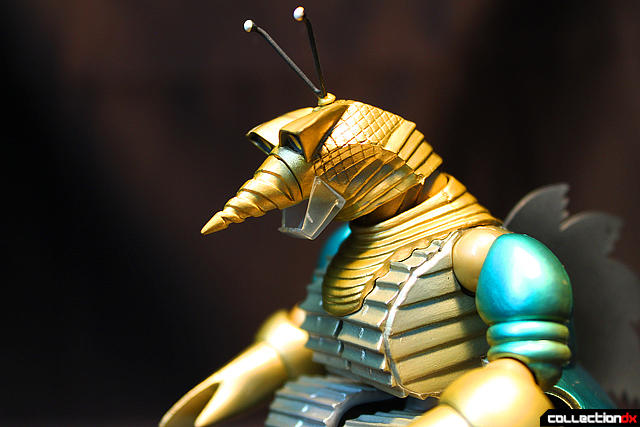 The drill nose actually spins, which is a great detail. 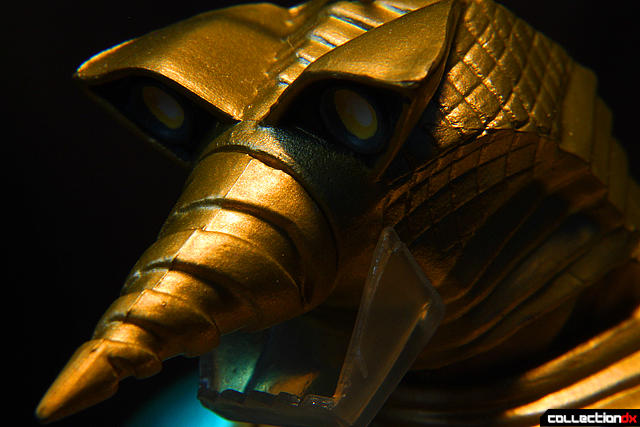 The set also comes with a Markalite Cannon and a base for Moguera. 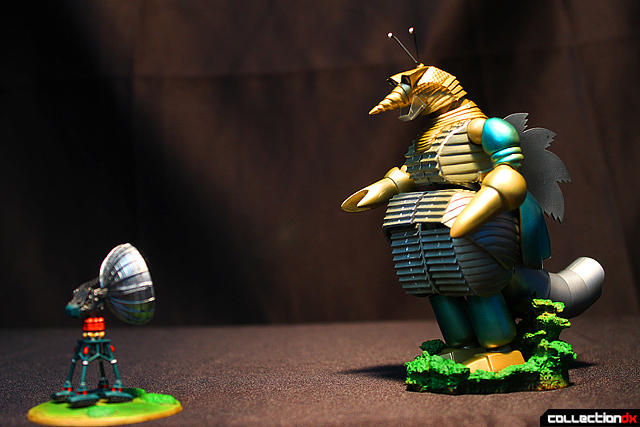 I was impressed with the Markalite Cannon because of its detail. Despite its size, the paint apps were rather sharp. The apps may not look sharp in these pictures, but these pictures are using a macro lens which usually make everything look bad up close. The dish can swivel up and down. 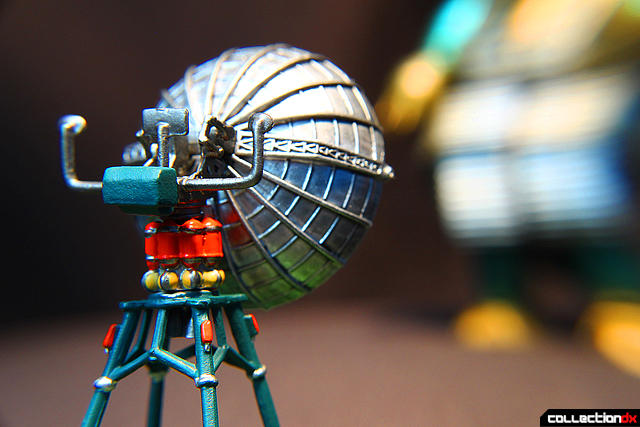 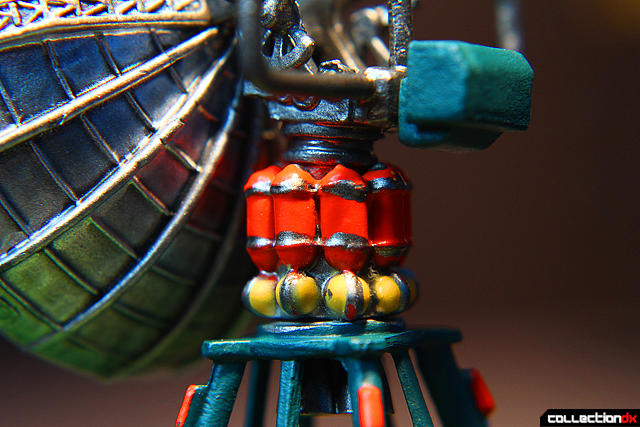 There is also a small base to attach the cannon to. I like how it takes four tanks to roll this cannon around. 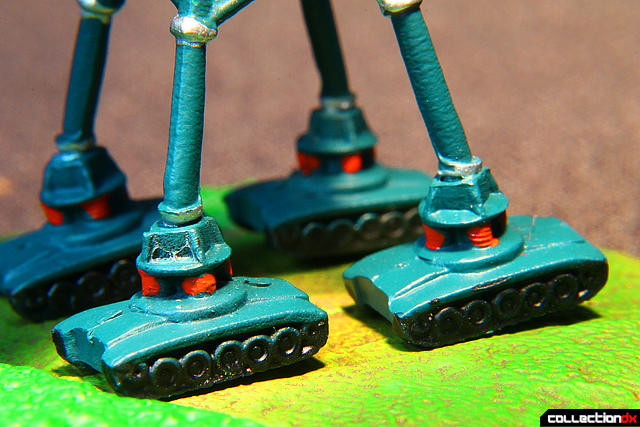 The weathering is just too cool on the dish. Unfortunately, the dish on mine just falls down when I tilt it up. It seems to be too heavy for the teeny hinges. 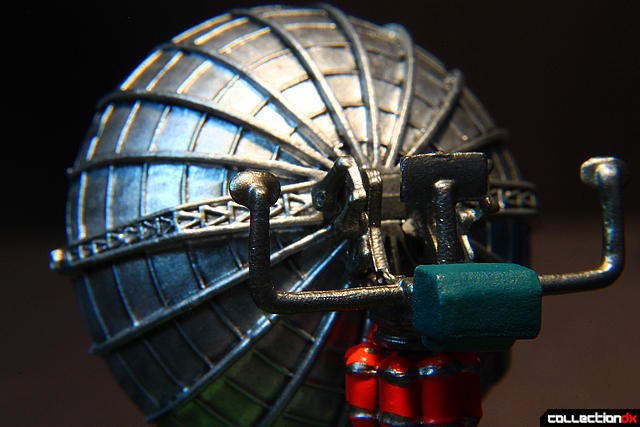 Here is the Mysterian guy who built Moguera to destroy humanity while he takes over your land and takes your girl so he can do perverted alien things to her. Not very tough looking. He doesn't need to be. He has Moguera on his side. He is a teeny PVC figure. 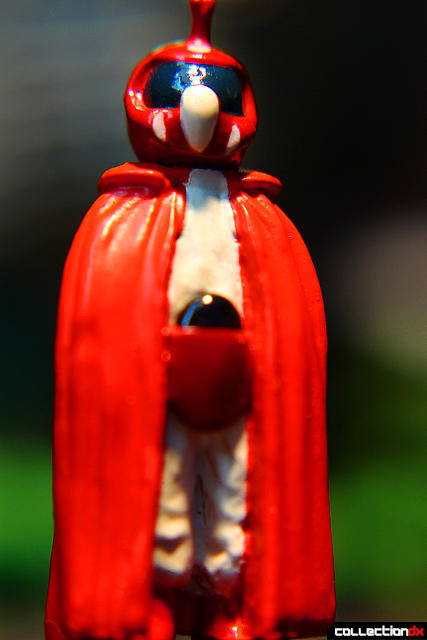 Here is the whole set together for size comparison. Check out the cool little name plate with Moguera in Japanese. Also included in the set is a Revoltech box, a Revoltech coin, and a spare antenna set. 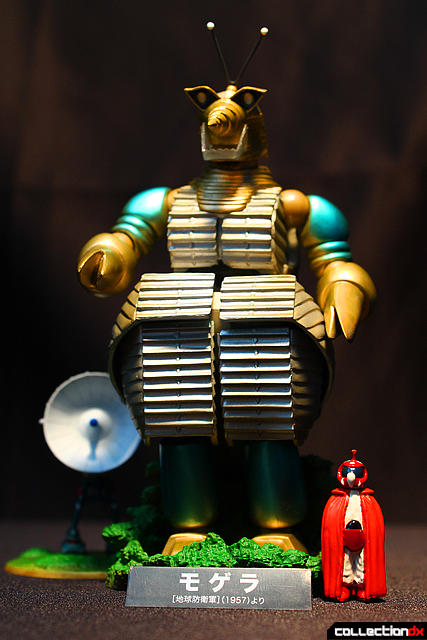 Although most of my reviews are done on a dark background, I was inspired by some reviews done by VF5SS and JoshB and decided that this figure might look cool outside. So I took Moguera into the sunlight. 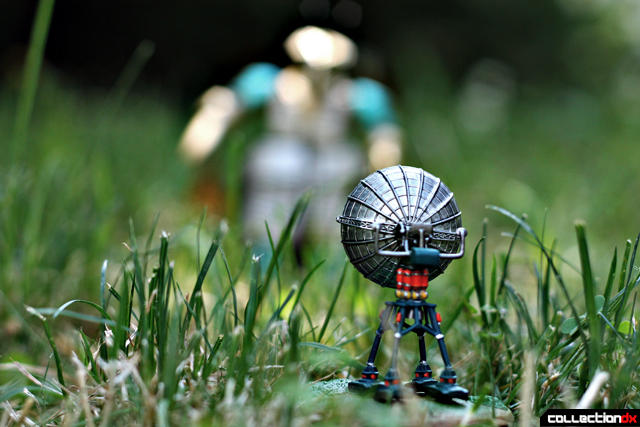 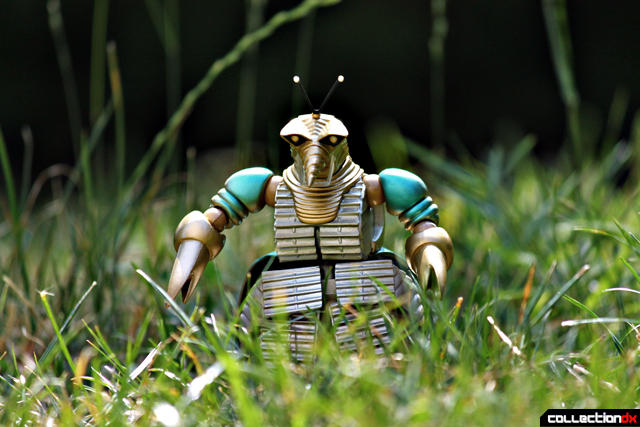 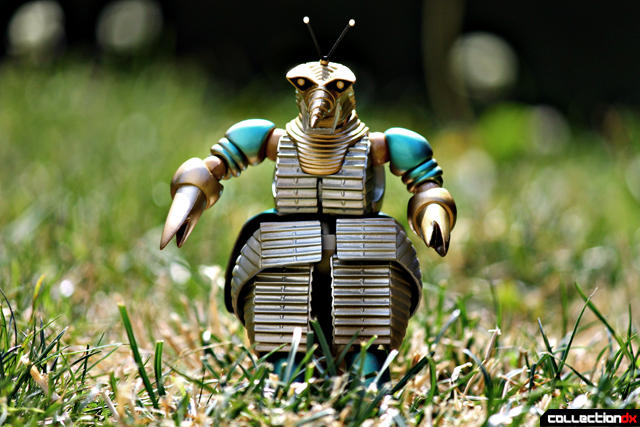 It took me a total of five seconds of being outside with a bag of fireworks to become a toy wielding pyromaniac. I think the results were pretty cool. 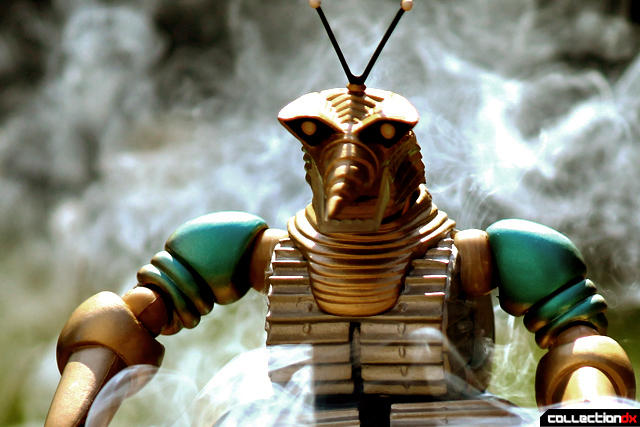 Get your Moguera at HobbyLink Japan.

I just started watching all the Toho Kaiju films in order so I'm looking forward to seeing this guy in action!

I didn't know Mogera had a lower jaw. I've seen The Mysterians and countless photos of the Mogera robot and never once have I noticed. Smh.