He’s the tank of “Tiger & Bunny.” Rock Bison, aka Antonio Lopez, aka the bull tank of the west coast, is a big dude; his figure is an accurate representation of that. The box is large, the figure is heavy - more than three times as heavy as Sky High. He is impressive from the get-go. 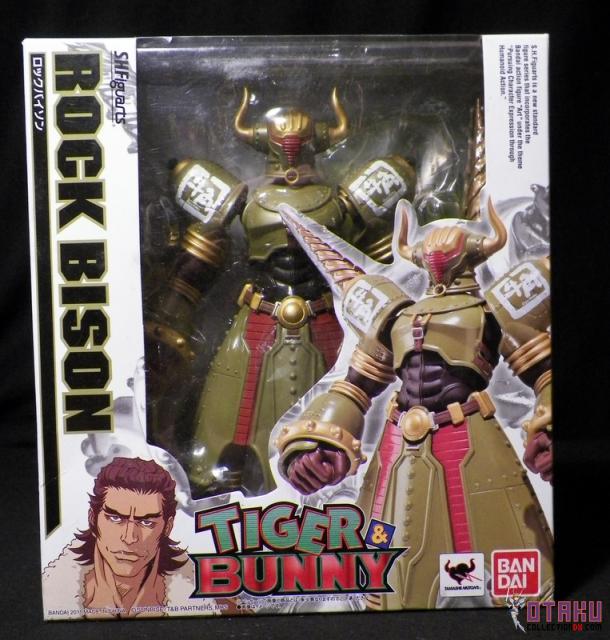 And here’s the case with his stand. The stand assembles easily, and wraps around Rock Bison’s waist - just like Sky High’s. 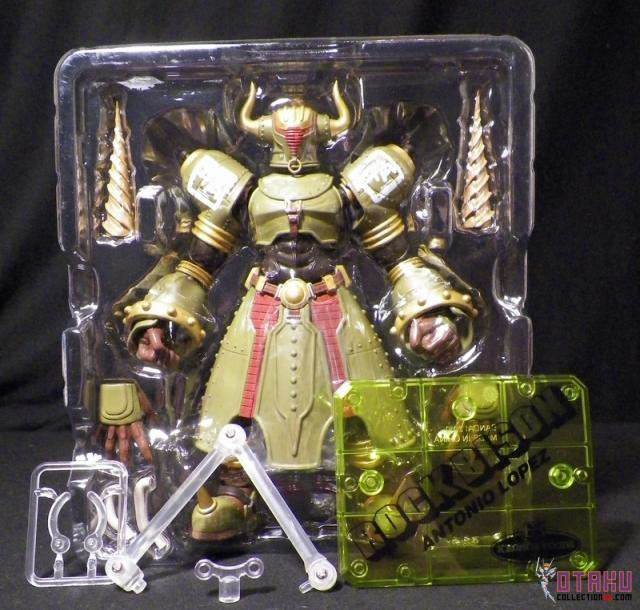 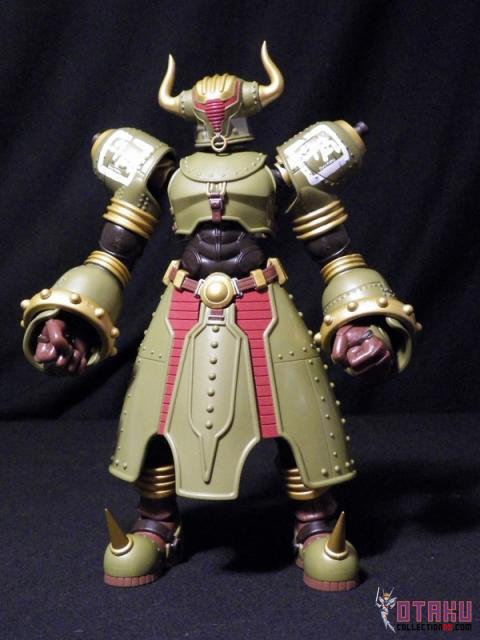 He’s still missing a few pieces - namely his giant drills for his shoulders. They’ll be in later.

Here he is from the side. Check out the hugeness of his feet. 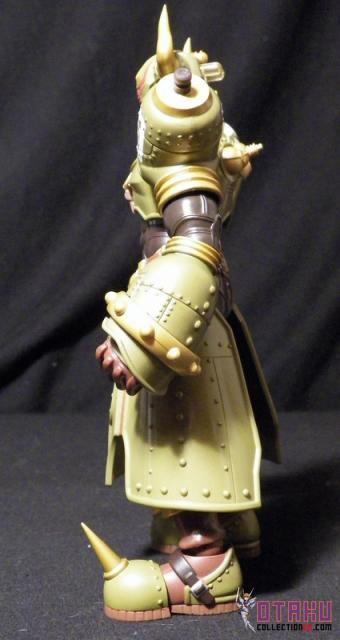 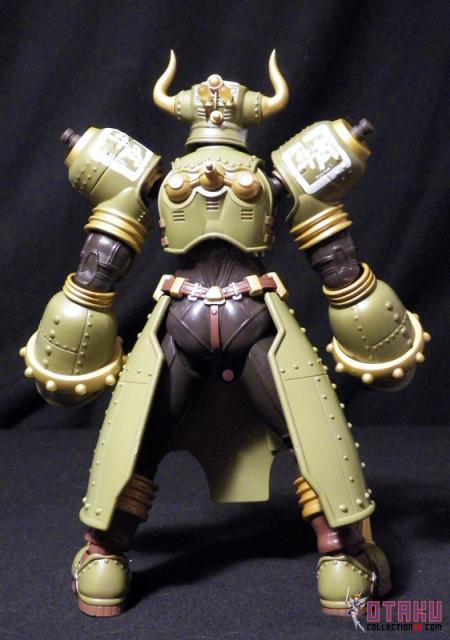 Everything about Rock Bison is giant. Check the angry, clenched fists. 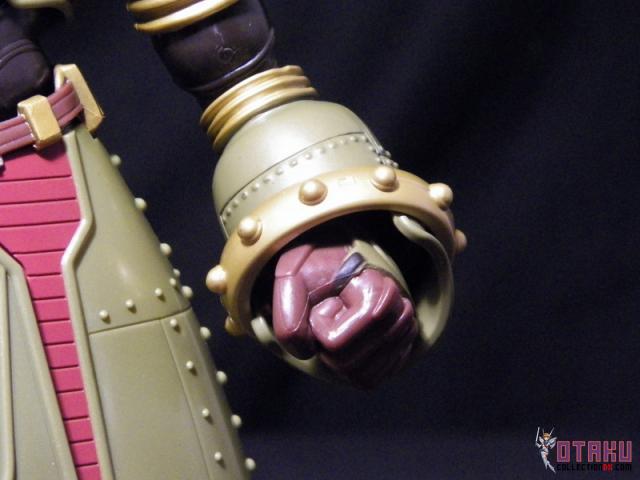 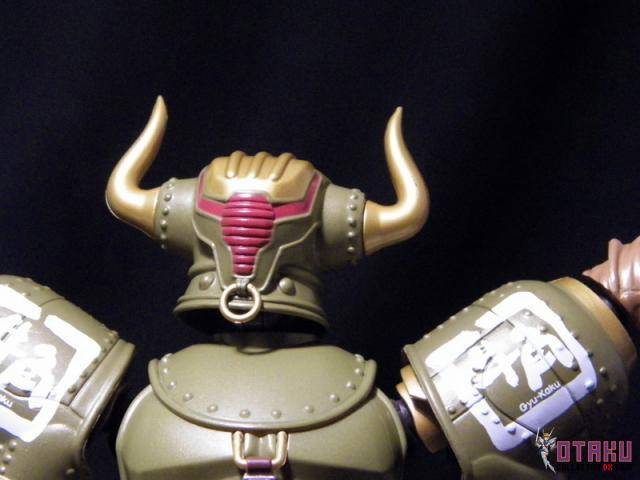 There’s a hose on the back of his head; it’s very Bane-like. Here it is. You can also see the drills on his shoulder from this angle. 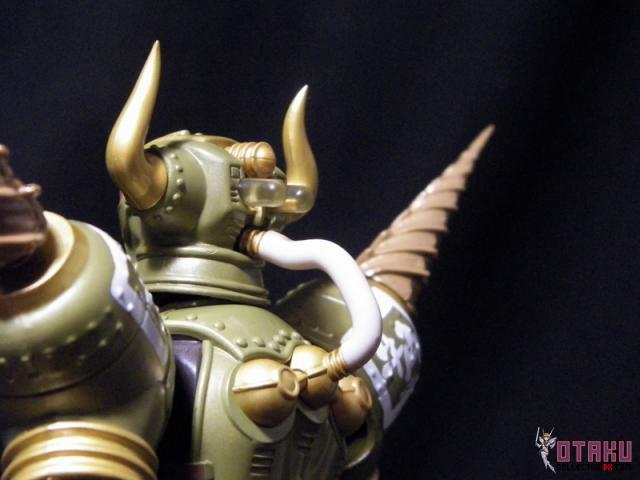 And the drill bits here: 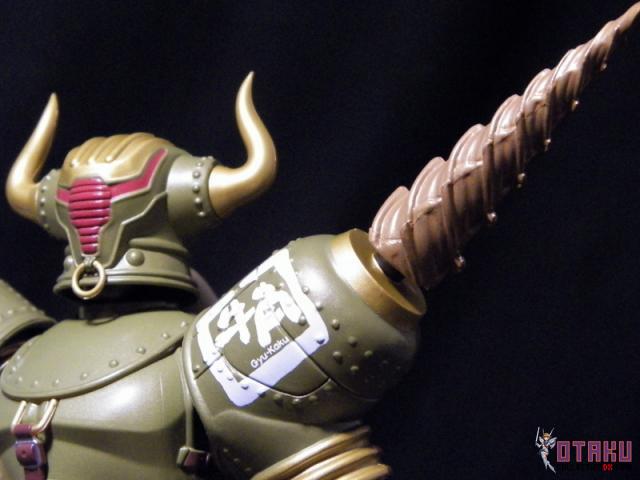 And his very sculpted, armored torso: 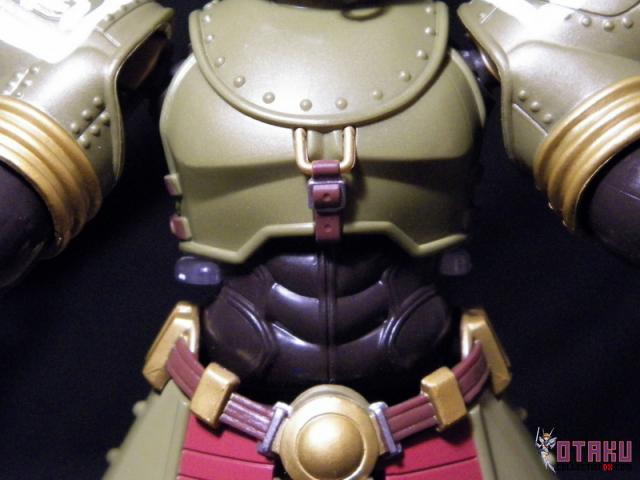 He’s on the stand now, and you can see the tiny bits of plastic stand wrapping around his waist.

Rock Bison is a man of action! 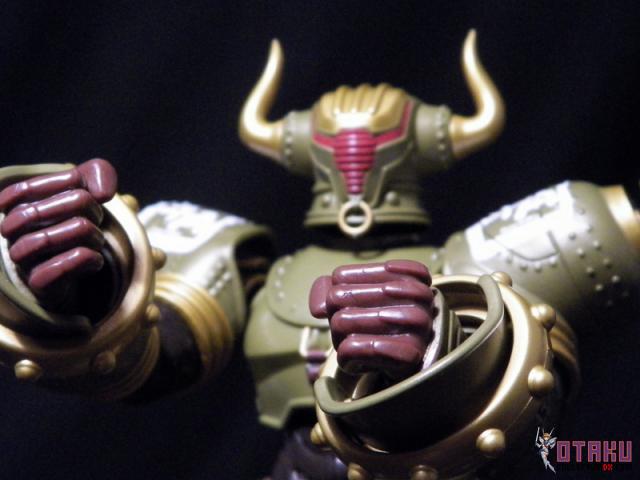 To get an idea of the sheer size of him, here he is standing next to Sky High. He’s a big beefy fella. 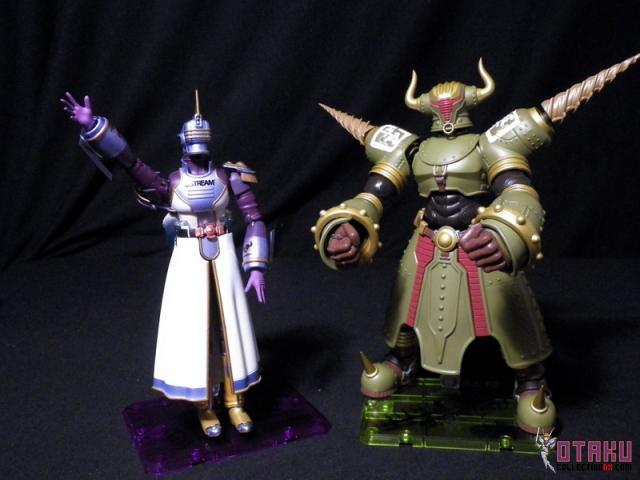 I love “Tiger & Bunny.” I love the characters, I love the writing, and I love the action. I love all the little references to American comics. I love this figure. He is solid, stable, and full of excellent detail. I expected to love Sky High better, but from start to finish, everything about Rock Bison is simply impressive. He’s amazing, and I love Tamashii Blue Fin for sending him over to us to play with. 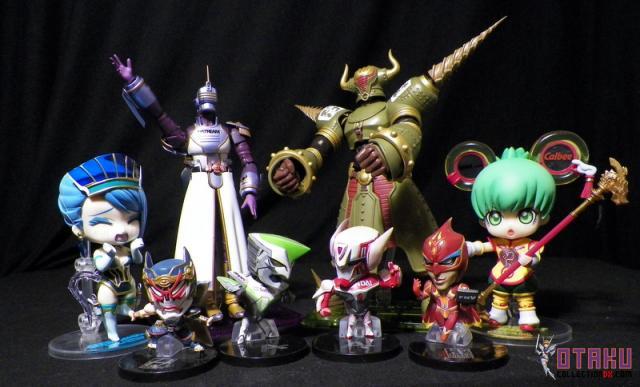