Want more Perhona? Yeah, me too. Because one Perhona is not enough. Nor is two. This is Perhona number three in my collection, courtesy of Tamashii Blue Fin, Chibi-arts Perhona! We were lucky enough to get Perhona from the good people at Hobby Link Japan.

Let’s kick this off the way we always do: with a box. 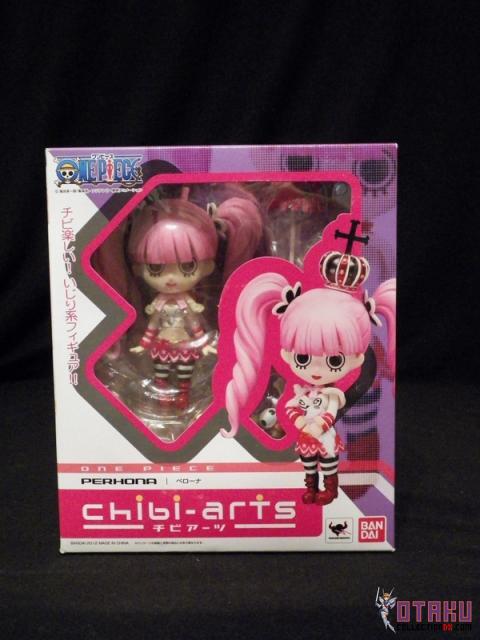 Not as cute as the Figuarts Zero box, but nobody really cares about the boxes anyway. 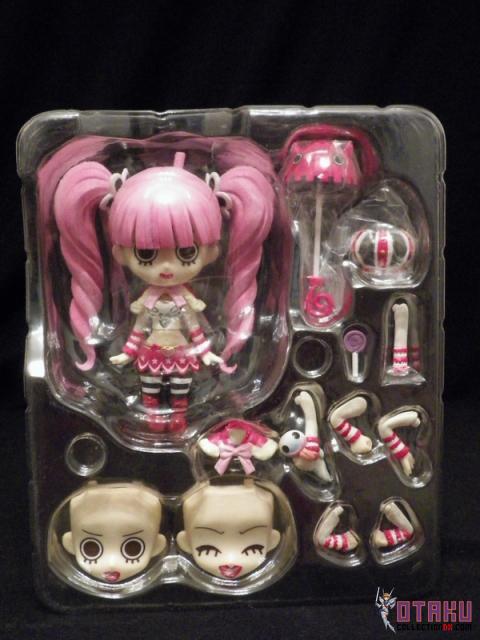 She has an awful lot of accessories, mostly in arms. 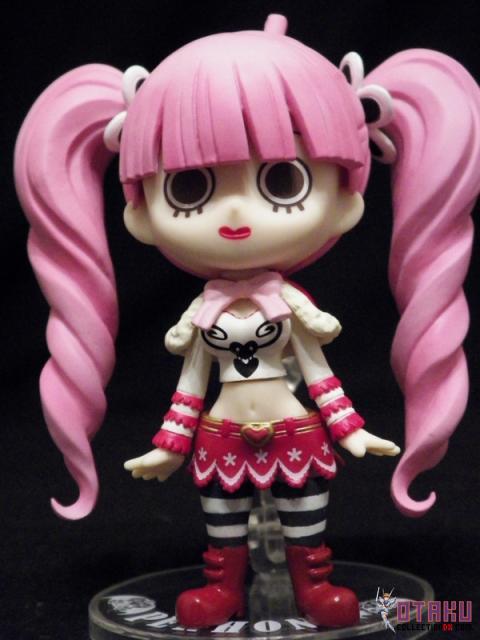 And here she is out of the box! She looks like she does when the gang first encounters her in the “Thriller Bark” arc. This shot is Perhona without any accessories, including her little crown. You can see the little peg on top of her head where the crown sits.

She looks just adorable in pigtails, cape, and her belly exposed. You can also see her base, which is pretty simple - just her name and her little bat. 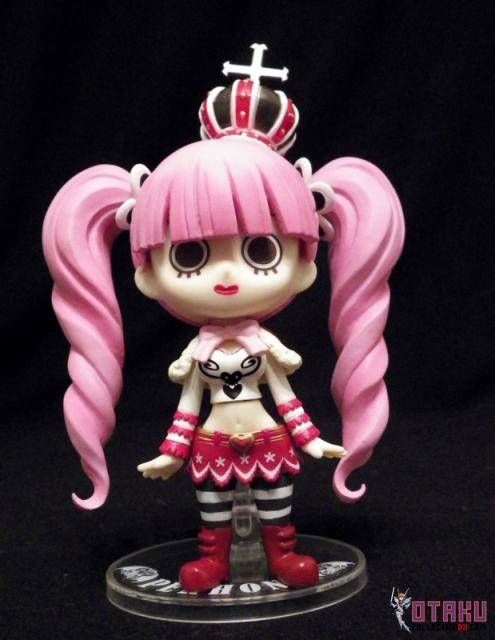 There’s the crown! She looks much better with it. 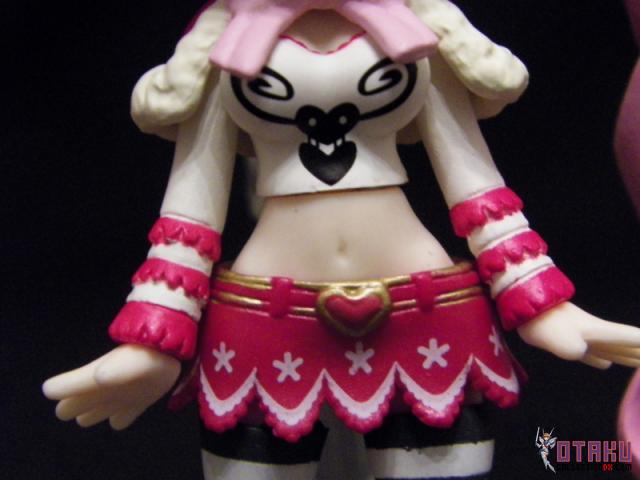 And now a view of her midsection. You can see where she fits together, and the nice shape of her tummy. 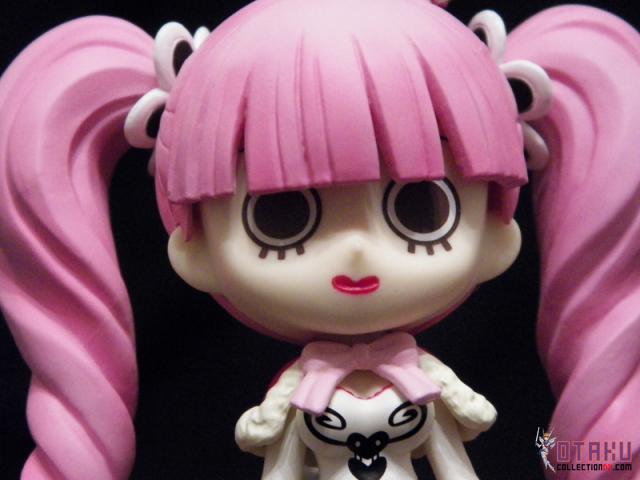 Her face is pretty simply and straightforward. Something you can’t really see in the picture but bothers me a bit is the sculpt of her nose. It sits directly on top of her lip, which means the bottom slope of her nose begins in the valley between the curve of her upper lip. It almost makes her lips look like a funny red moustache. 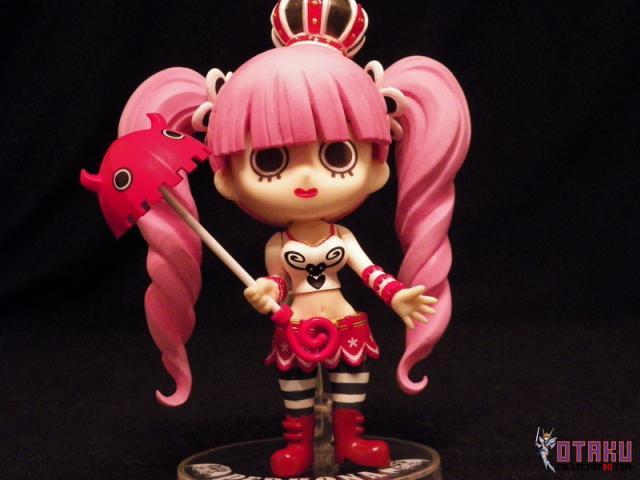 Of course she comes with her trademark umbrella. It looks super cute! The handle comes off to slide the pole of the umbrella into the hole in her hand. It’s very easy to do. 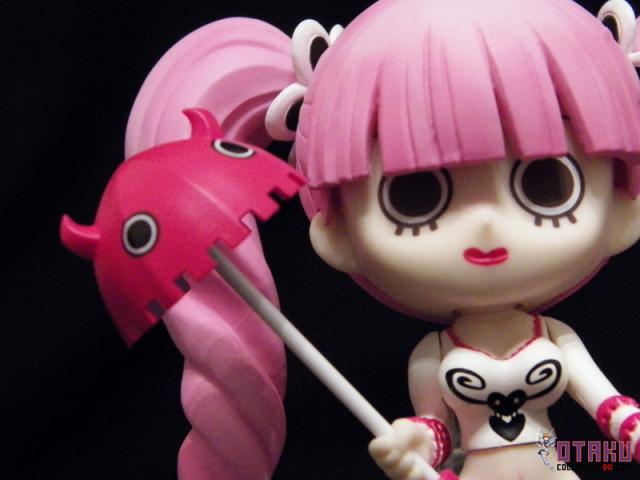 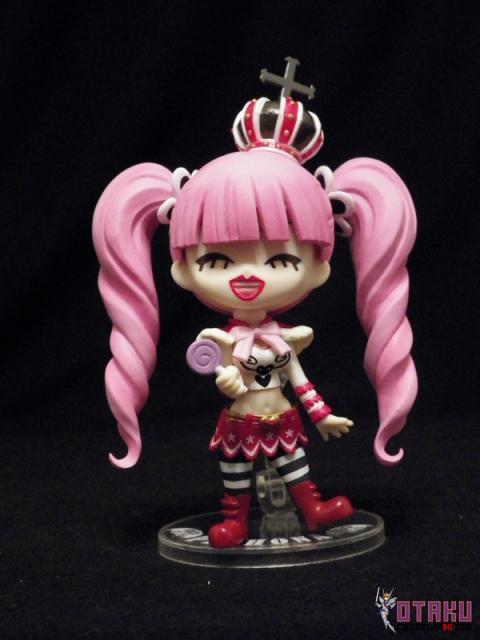 She has a new face and a new accessory! This is my favorite of her faces; I’m a sucker for a happy Perhona. She also has a new cape on - it’s the same look as the other cape, but it has a little more lift and movement in it.

While we’ve got her in this pose, let’s have a look at her from the sides. 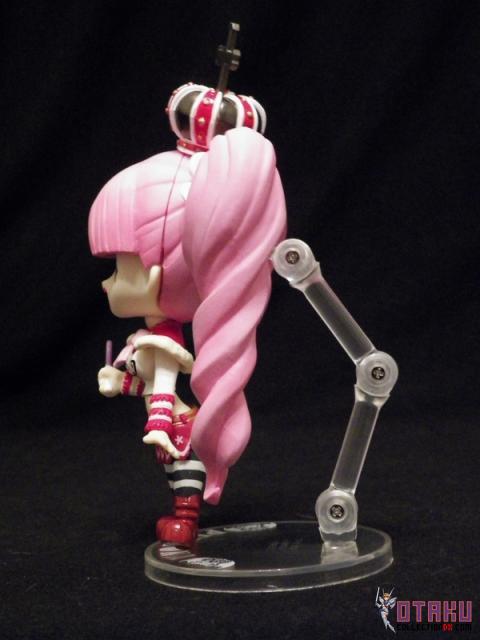 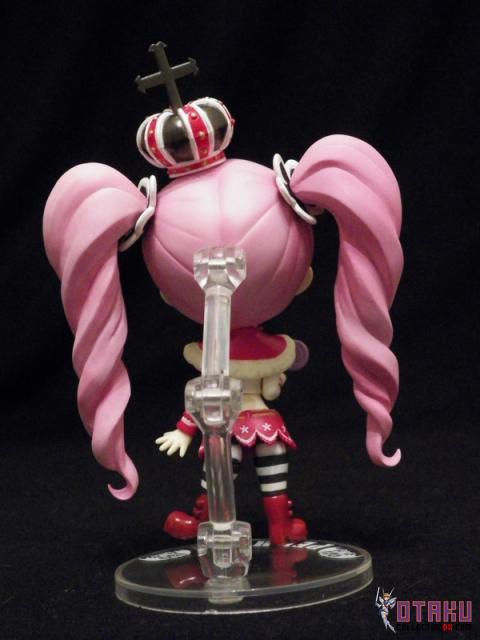 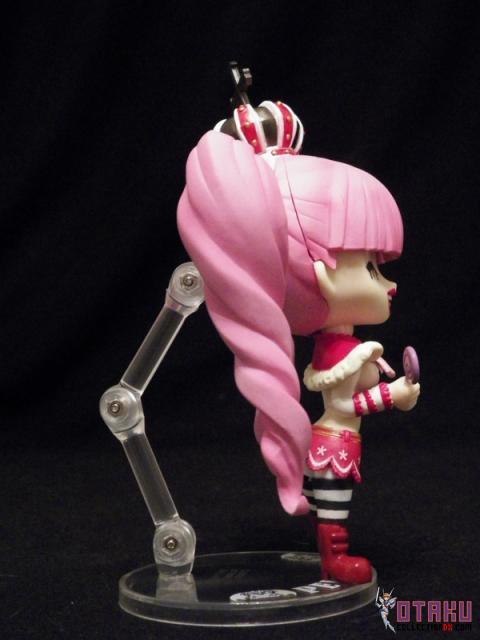 The stand sports the standard arm to hold her up, and you can see she stands firmly on the base. It has a very solid, stable feel.

Another accessory! What would Perhona be without her ghosts? 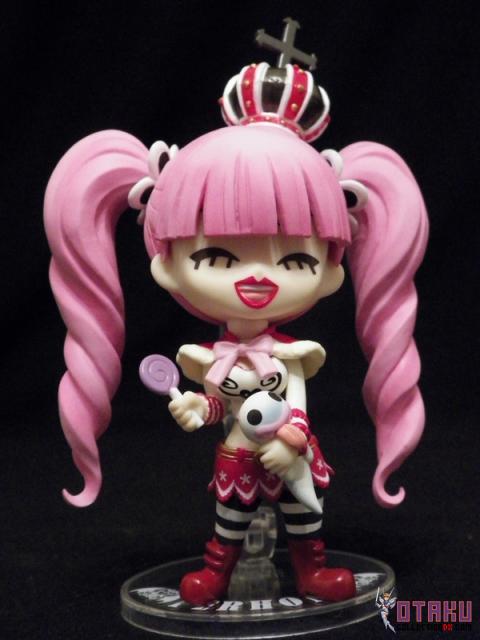 Aren’t they adorable? But sometimes, Perhona gets angry and wants to punch something. 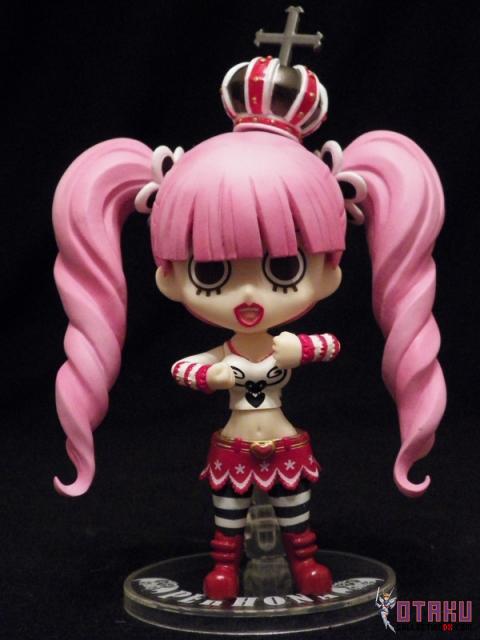 I like to think of this pose as Fight Club Perhona.

And sometimes, she threatens to pound you into dust. 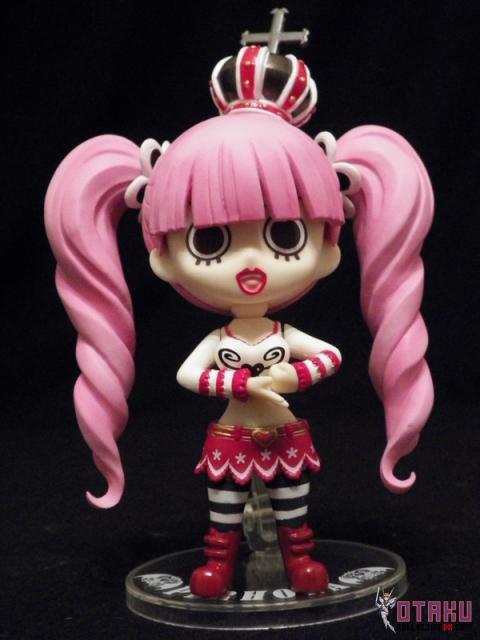 You can really see the ball joint in her neck here.

One of the fun features of Chibi Arts figures is the little signs they come with. I’m not sure what most of them say, but here they are: 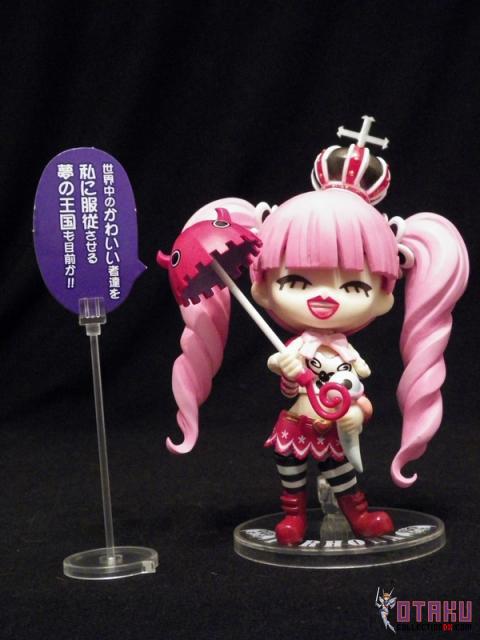 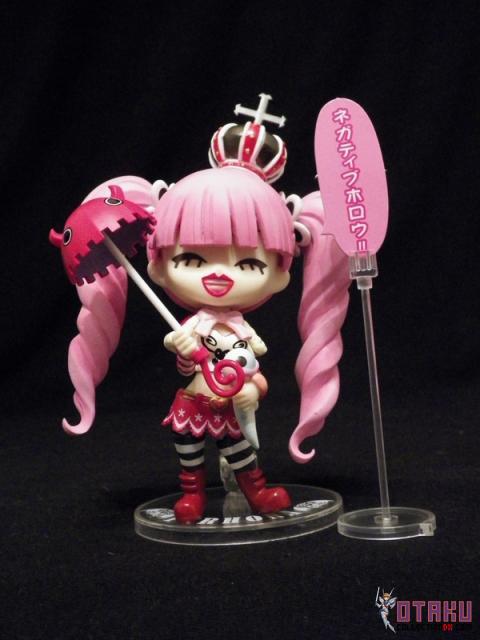 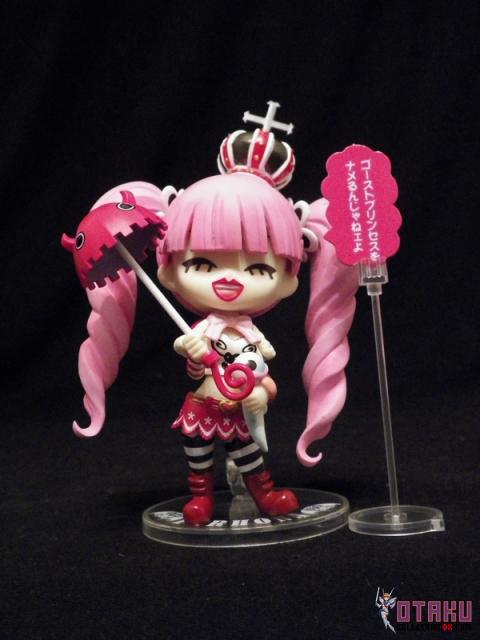 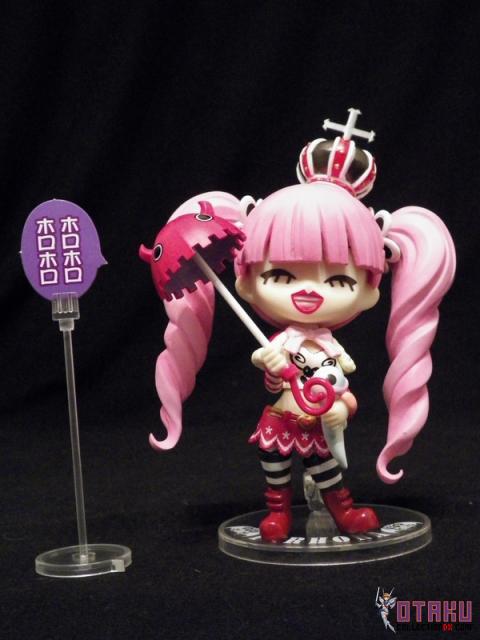 I do know what that last one says. Her trademark laugh is hard to miss. This, incidentally, is how I left her for display.

This is a really solid figure. She’s well-made, has a lot of accessories and minimal flaws. In fact, the strange alignment of her nose aside, I’d say she has no flaws. I may be biased, though. This is the best-made Perhona figure out of my collection; I continue to be impressed by the quality of chibi-arts figures. She’s well worth the money, and I think I’ll love this figure for a long time to come. If you want to love her too, you can pick her up from Hobby Link Japan. 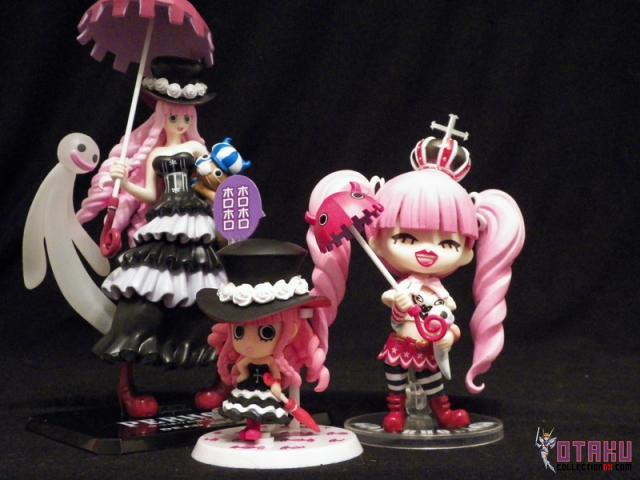