Fresh on the heels of the announcement that “Haganai” season two lands in next winter’s season (hurrah!), here’s the Nendoroid version of Yozora by Good Smile Company! 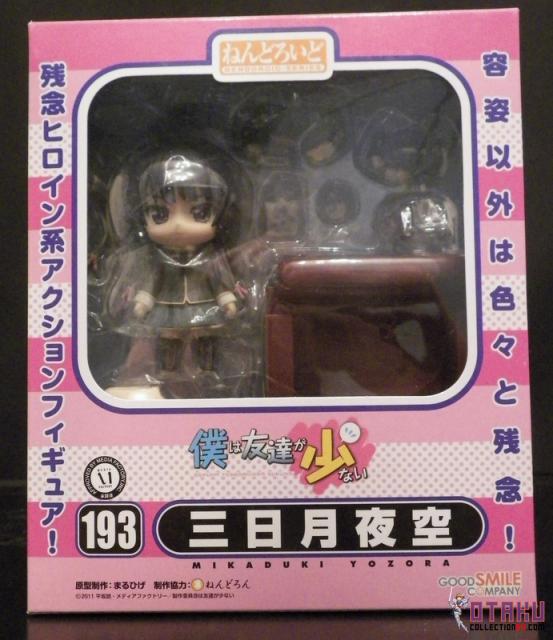 And because the picture in the box is so thrilling, here she is in her little plastic container: 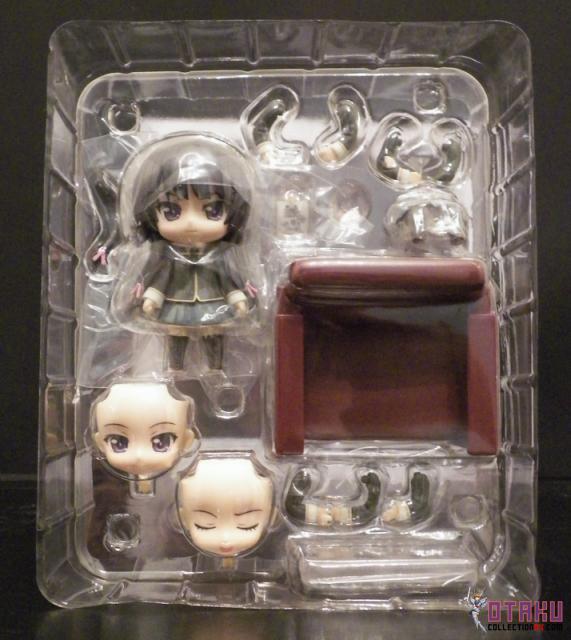 As you can see, she has a chair that matches Sena’s. We’ll get to that later. She also has a wealth of arms and hands, as well as a spare face or two and another bottom half. If you look really closely, you can also see a PSP clutched in one of those hands, as well as a flier for The Neighbors Club. 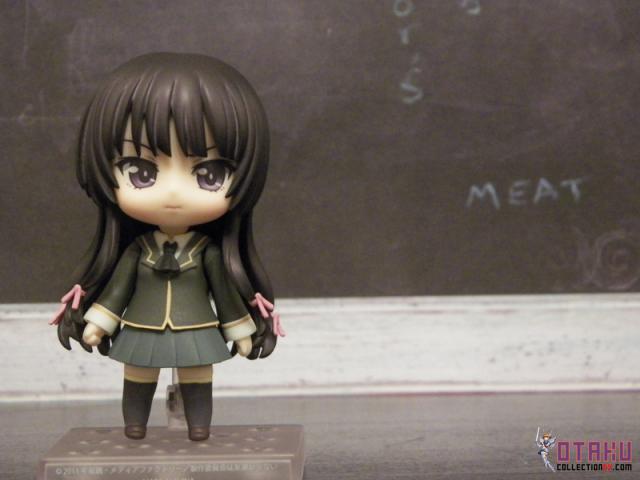 And now, out of the box, here she is! She’s got the long hair with little bows and a facial expression that means business. Or, at least, that she’s not going to deal with anyone’s shenanigans. 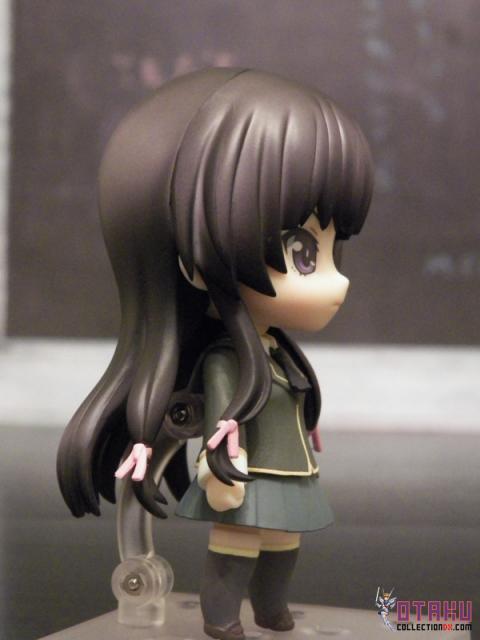 From the side, you can see her perky little nose and the bows in her hair. You can also see how the stand goes between her back and her hair. I hate that; it’s awkward and uncomfortable to handle. Though I do appreciate how Yozora’s long hair diminishes the appearance of the stand, it’s still awkward. After the magnet setup for Menma, though, nothing could ever be as good. We should pass a petition for all the girls to get magnets in their head to make dealing with long hair and stands easier. 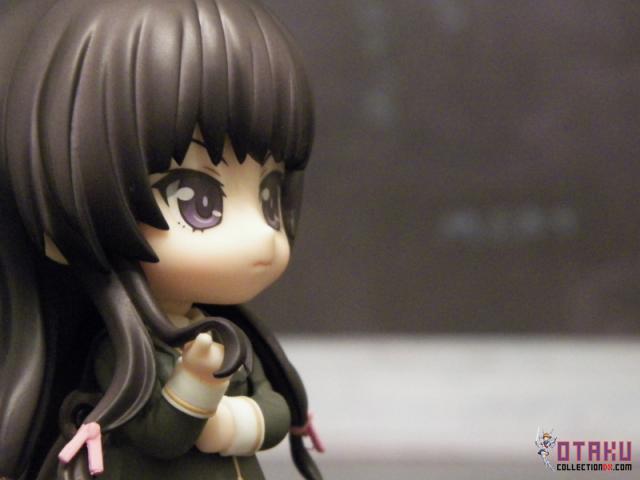 Let’s switch some stuff up. This is a new set of arms and hands, as well as a new pigtail. Put them together, and she can twirl her hair. As an obsessive hair twirler, I freaking love this. It’s also a sweet side of Yozora that’s rarely seen. 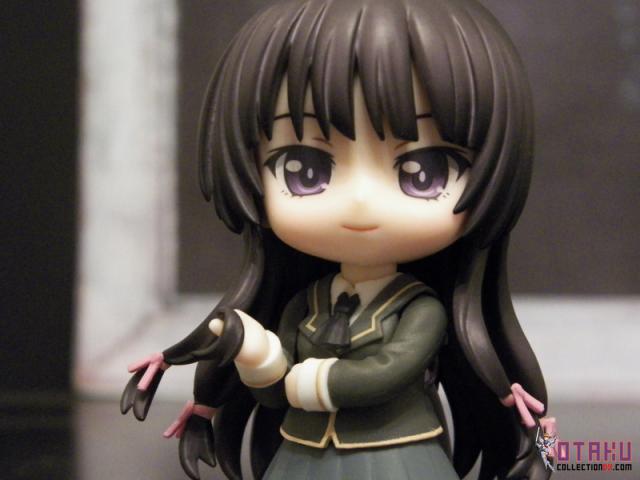 Of course, she needs her club poster. How else to recruit new neighbors? Not that she really wants them, unless it’s to torment them.

And what would Yozora be without her pissed off face? 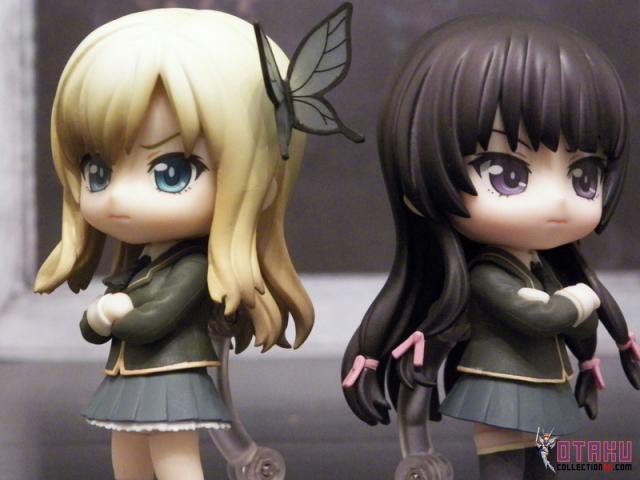 She’s not the only one who can get pissed. Meat can hold her own.

Let’s sit her down and give her something fun to do. 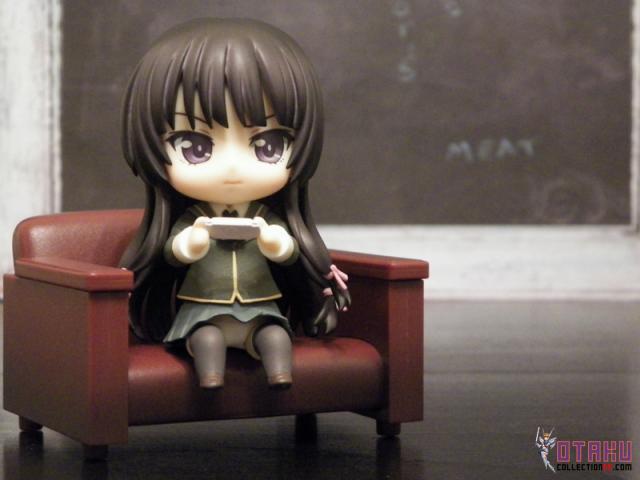 You can see clear up her skirt! Clearly, no one taught her how to sit like a lady. Or maybe those plump little Nendo knees just can’t go together. 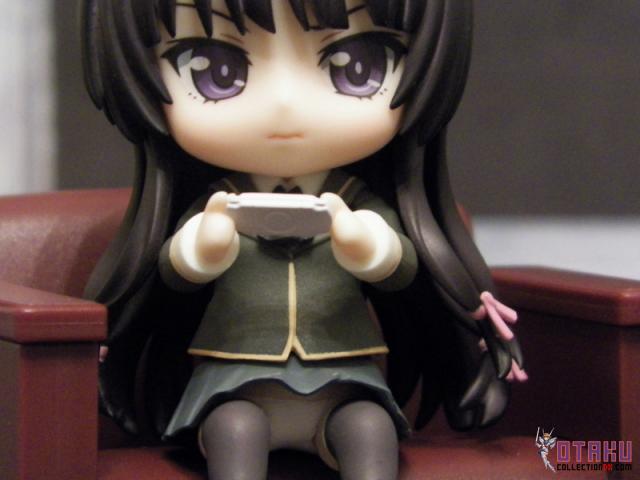 Now for the big fun - how Yozora and Sena’s sets go together. 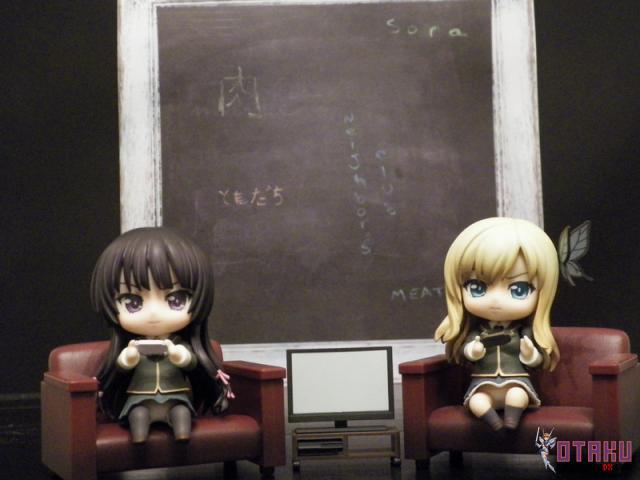 The best part? You can remove an arm on both chairs, slap them together courtesy of  a little plank and stand in Sena’s set and make a little sofa! 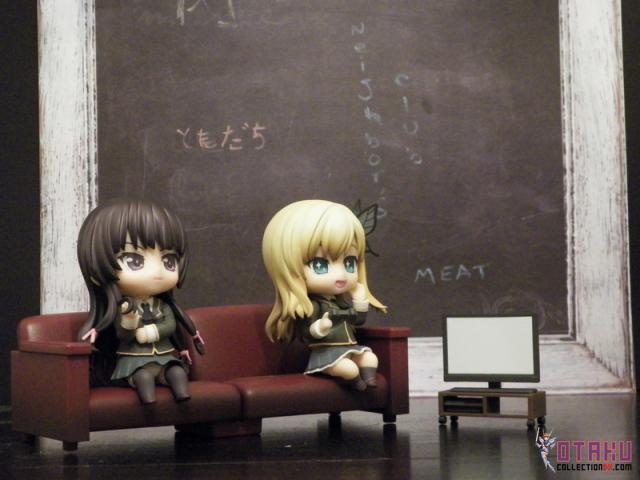 Yozora is easy to deal with. Her pieces don’t fall apart too easily, and she’s easy to switch around - even the stand behind the hair bit. Her twirly piece of hair is kind of strange to figure out, but once you’ve got it, easy as pie.

As far as cons… well, I don’t really have any. Especially when you add Sena into the mix. From the moment I saw the pre-order info on them, I knew I would own them. Aside from the fact that now my Nendos have furniture AND a TV AND a PS3, it’s a nifty set. And they’ll totally end up watching themselves with me in the winter season.

A+. Four stars. Whatever equals excellence.