In the heavily comic book influenced world of “Tiger & Bunny,” one guy stands apart from the heroes, though he’s no villain. He’s a believer in vigilante justice, but don’t compare him to Batman: this guy shoots to kill. He’s Lunatic, and he’s made by S.H. Figuarts.

Lunatic comes to us from the amazing HobbyLink Japan. You can find him here: http://www.hlj.com/product/BAN975547. 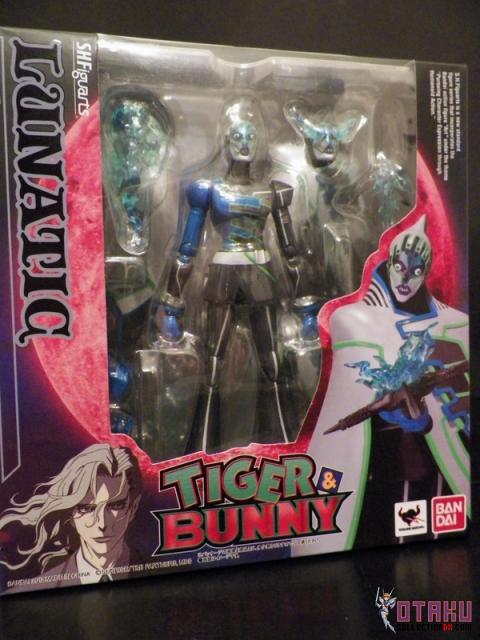 Interestingly, they put him on the box out of costume. 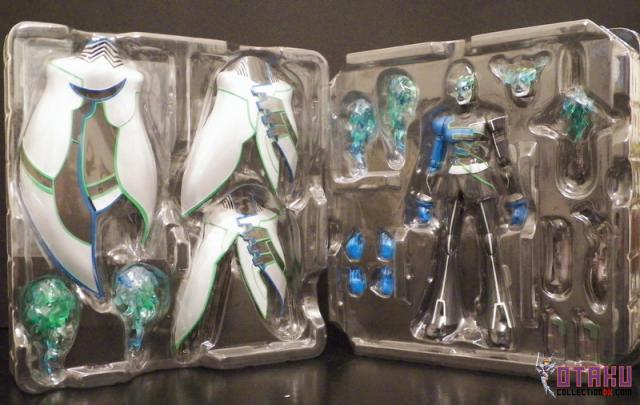 You can see Lunatic has the double case going on; that’s due to that super cool cloak. 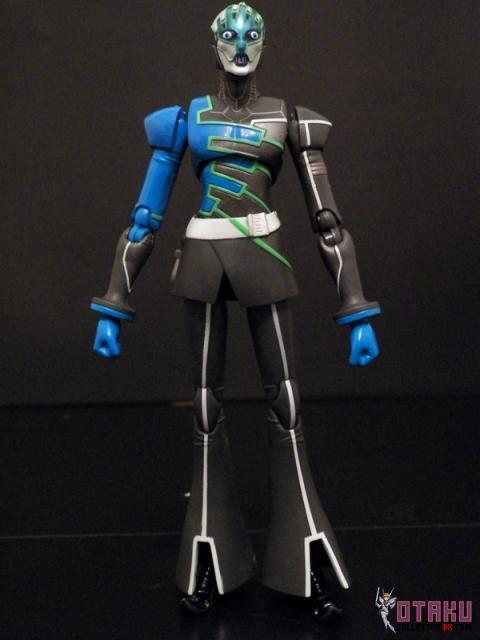 And here he is. He’s dead cool. Check the dramatic difference between the blue and black, and the white piping on his legs and arms. It gives him kind of a Jack Skellington look. His face is ultra-creepy. He’s clearly not a guy looking to make friends. 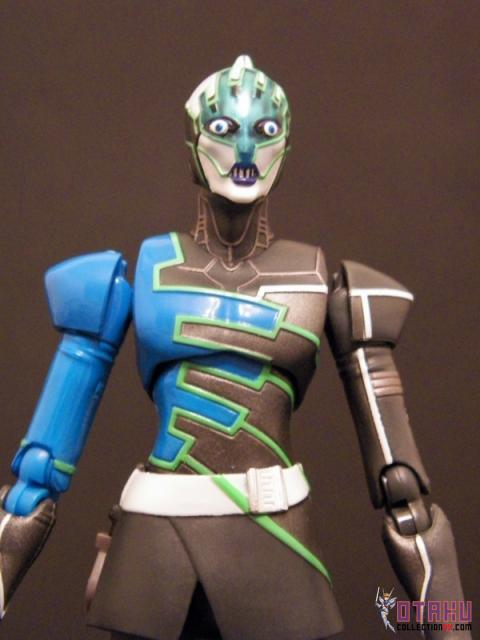 The teeth are freaky. 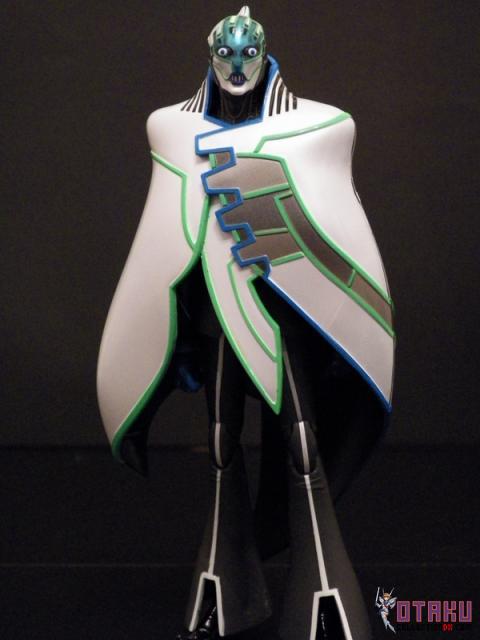 He comes with two variations on the cloak. This is the first. 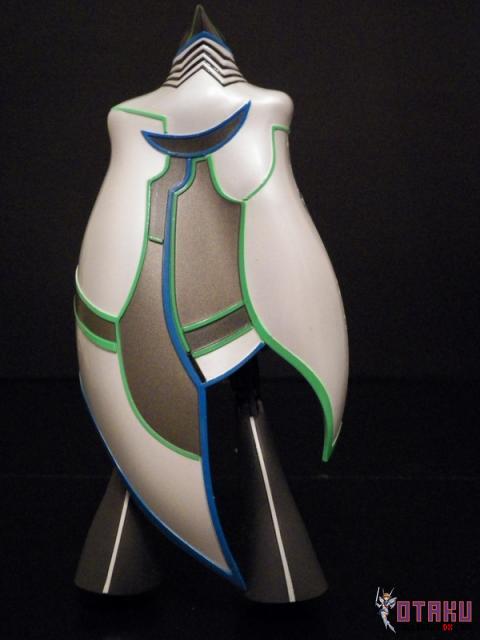 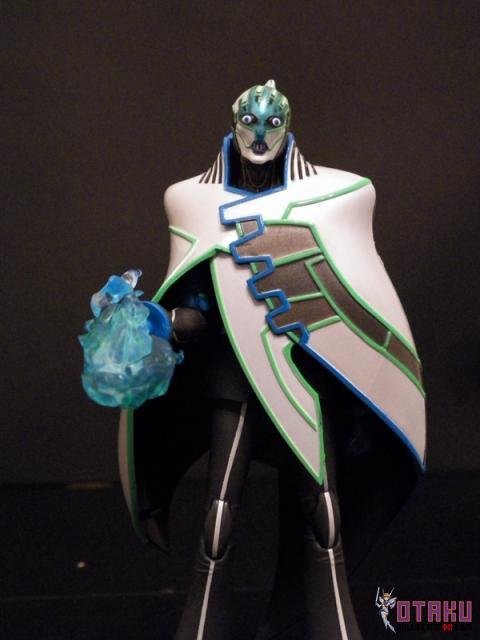 The cool thing about the second form of the cloak is that it allows him to wield a weapon of some kind. I picked the very large fireball. After all, it is his weapon of choice. 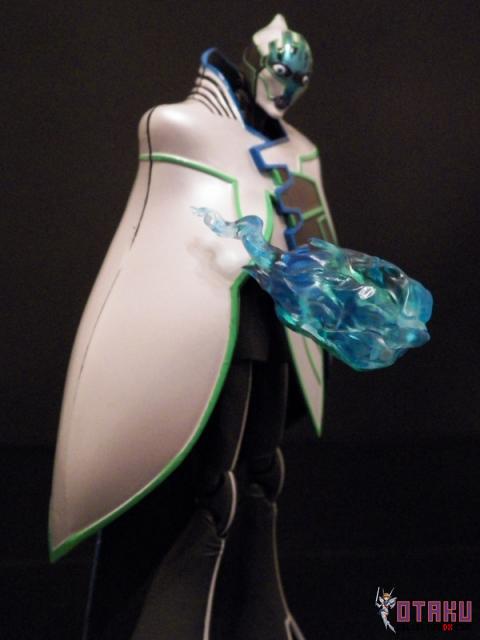 I love the way the fire looks here. It’s got a lovely translucent nature, glossy and pretty. A little too pretty for something so deadly, but who’s complaining?

Let’s check out some more accessories. 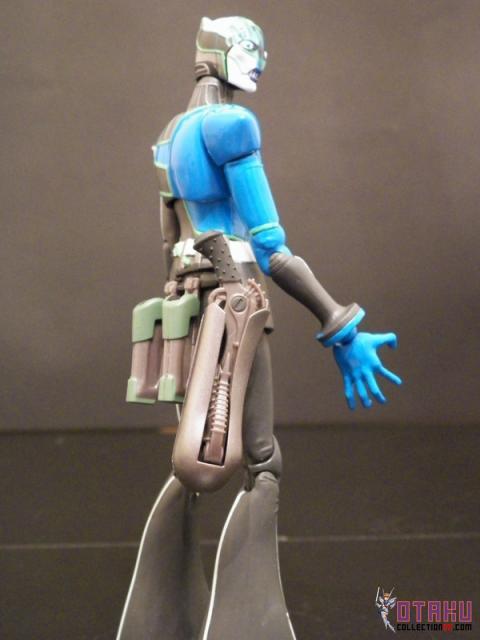 From the side, you can see his three holsters. Let’s look a little closer. 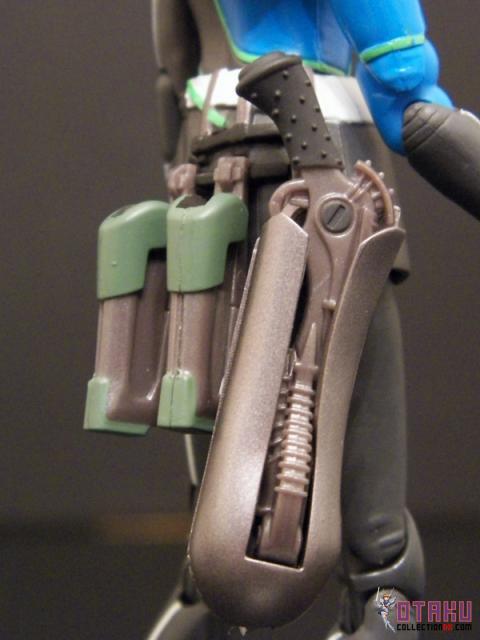 I’m really fond of the way the crossbow looks in the holster. It’s really cool, and super easy to slide in and out. But what if you want to pose him with the crossbow? Perhaps on fire? 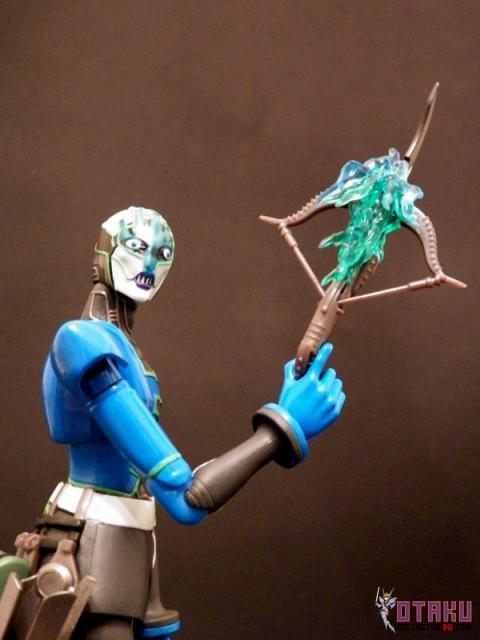 But who needs a crossbow when you can just shoot fire out of your hands? 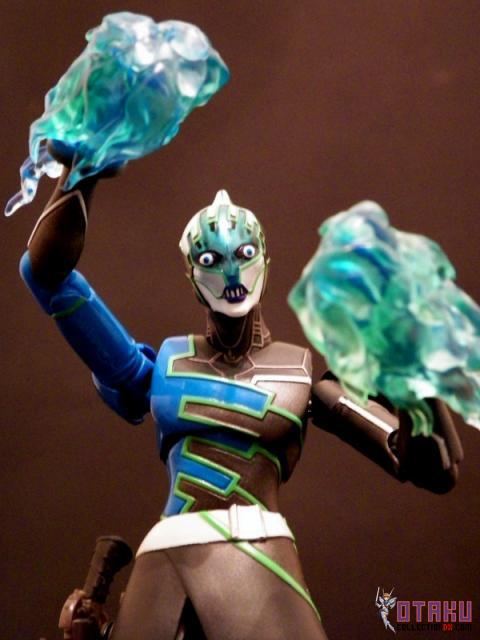 Did I mention how creepy the dude is? 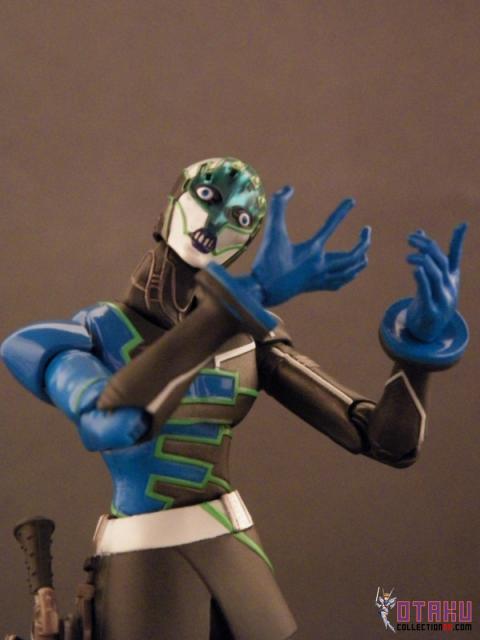 And, of course, when he gets REALLY ticked, his eyes light up. 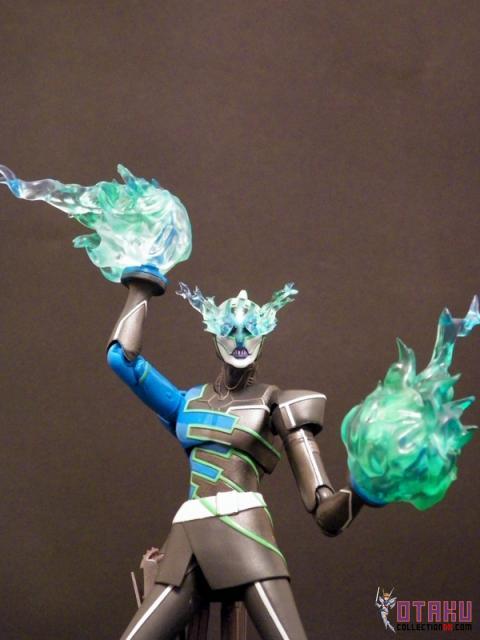 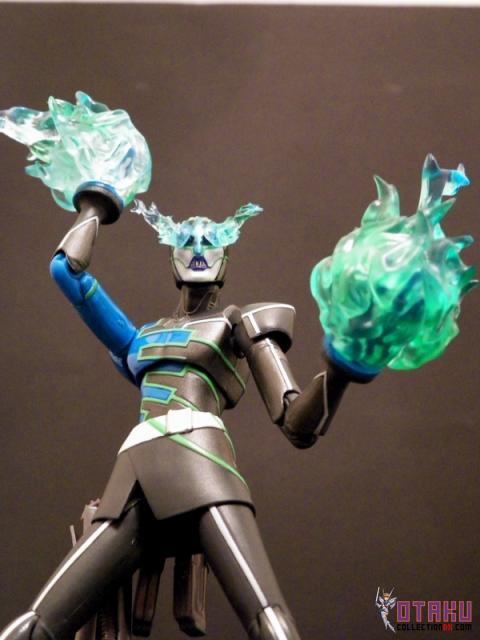 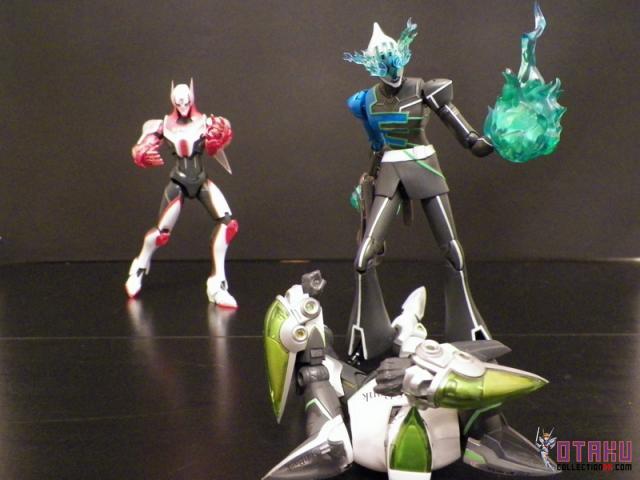 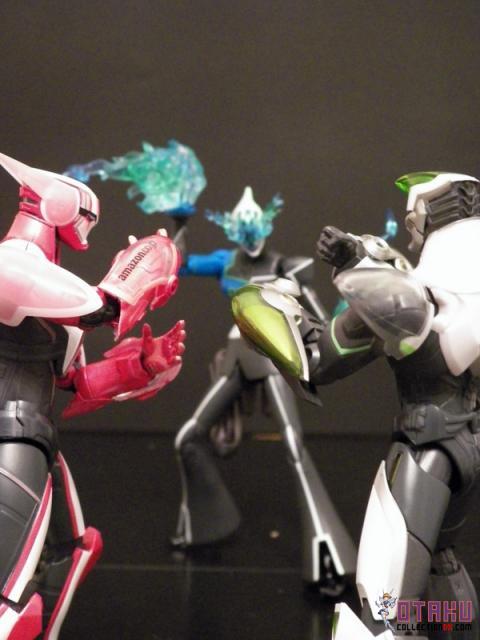