The idea of the Lizard racing around town in a go-kart seem more like something out of Superhero Squad as opposed to the latest Spider-Man movie. But as a toy it's sort of cool.

Lizard is virtually unstoppable as he speeds around in this Lizard Racer by Mega Bloks! Build the racer that Lizard uses to rocket down the streets and escape the scene of the crime! Insert your Marvel key launcher and unleash Lizard on an unsuspecting city!

My son (7) decided to be my helper with this review. 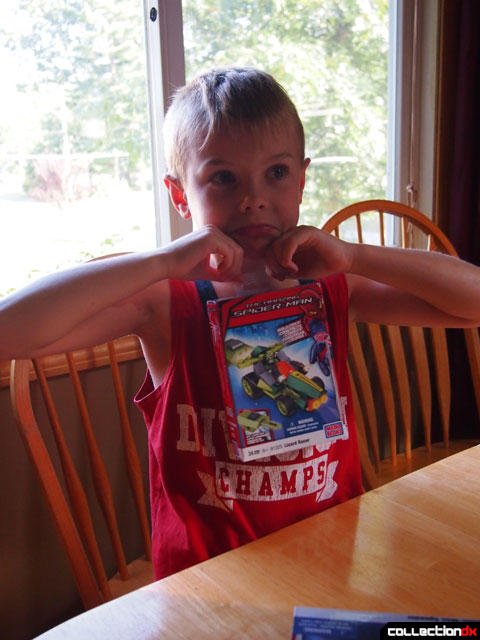 All the parts come in small baggies. 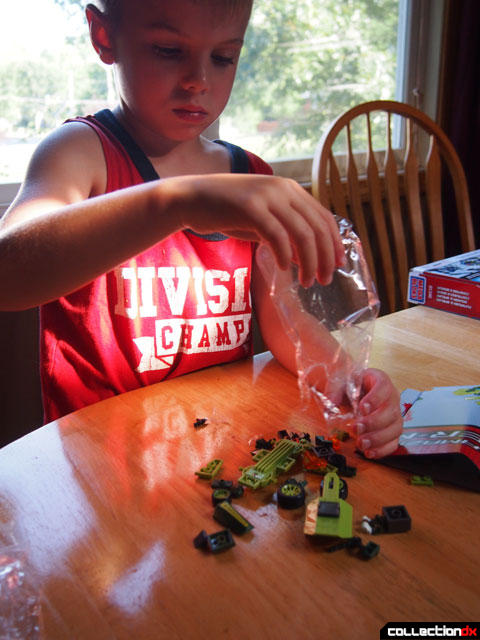 Instructions are straightforward. He had no problems. 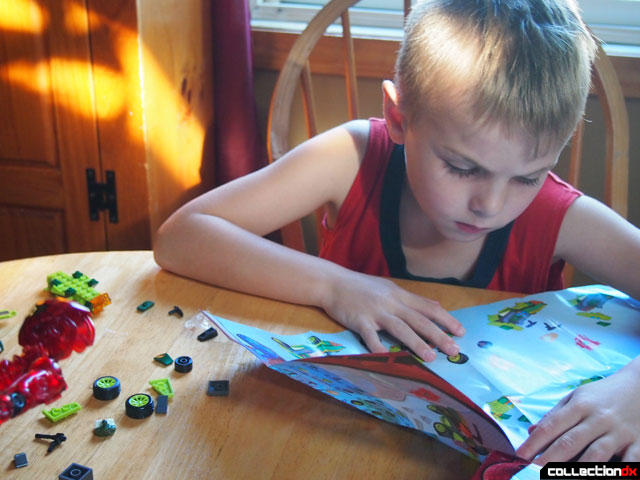 The overall vibe of the vehicle has a very 70s hotwheels feel. I love the transparent orange windshield. 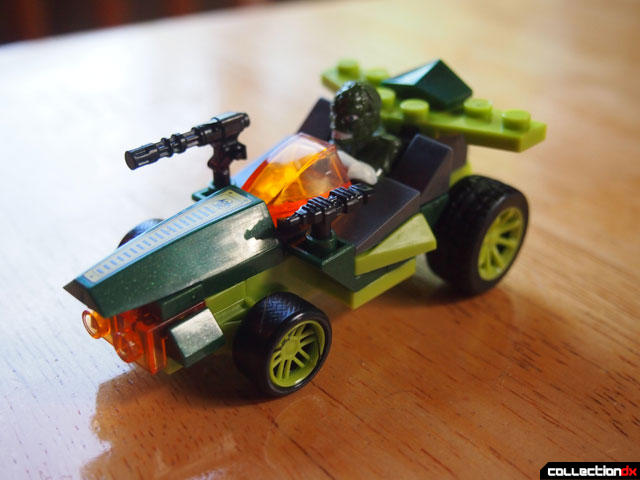 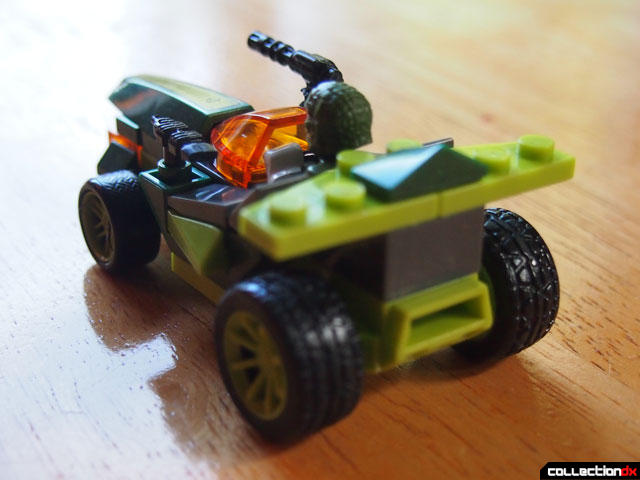 The included Lizard figure is not a figure at all - rather it's just a chest piece that plugs in. 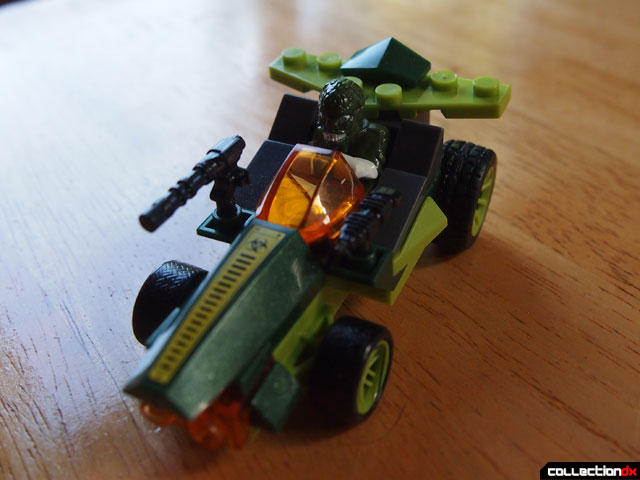 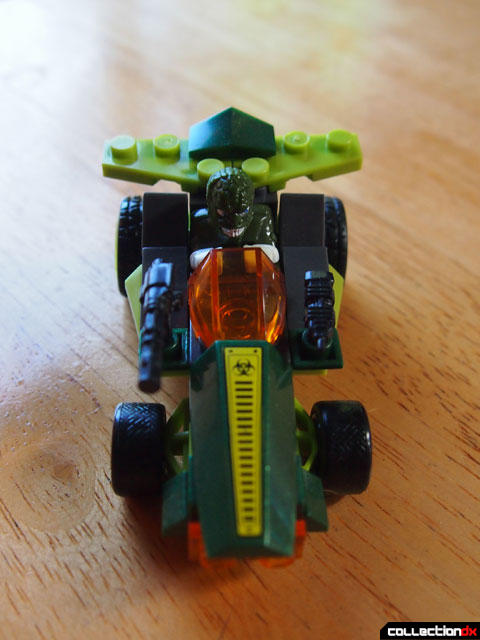 The vehicle has a cool feature - it's got a key activated launching action. Insert the key into the vehicle until it clicks. Press the button, and it launches with a good amount of force. 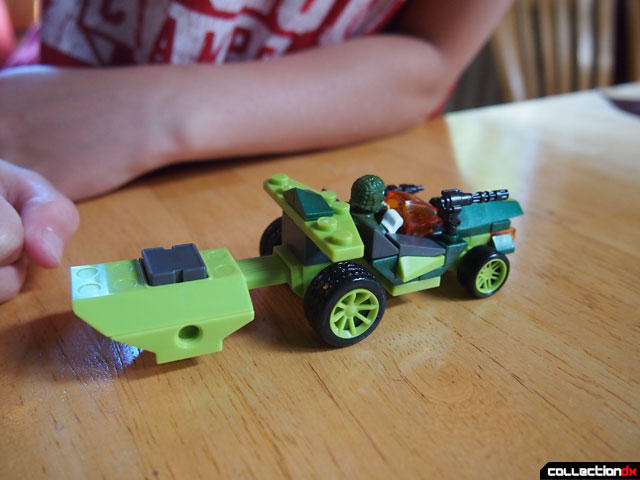 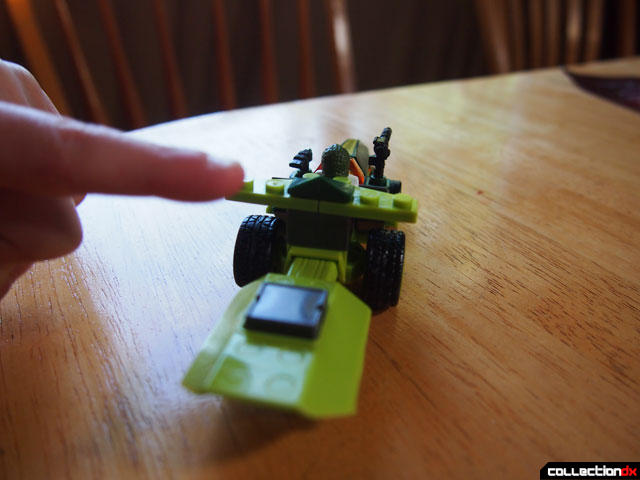 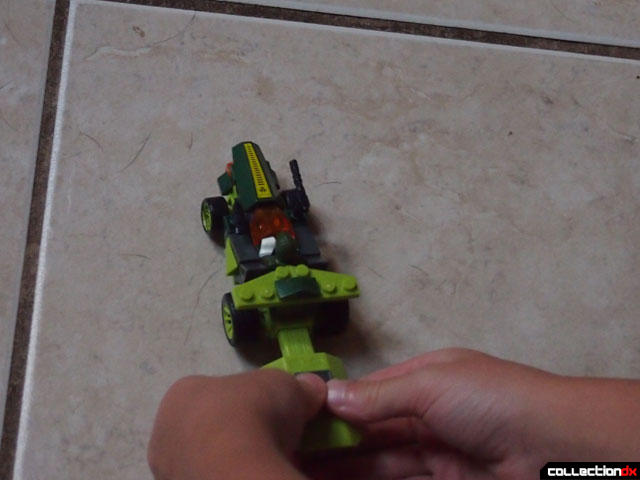 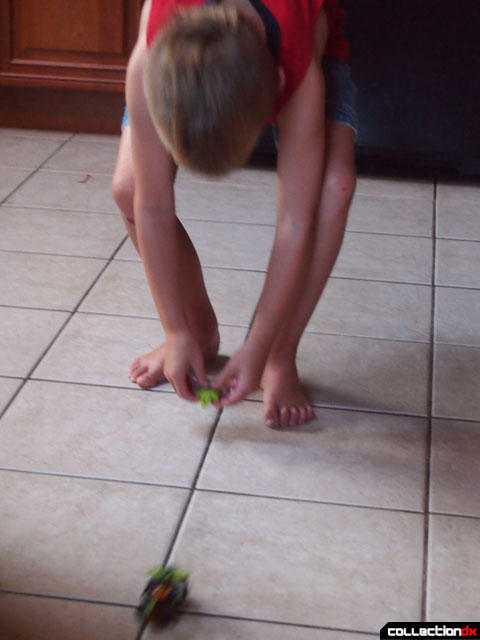 This looks really fun actually. I can see the appeal for kids, but as an adult there's something about a humanoid Lizard tearing around town in a go-kart that makes me smile at the weirdness of it all. I'm a big fan of Mega Bloks, I have almost all the old Dragon sets which IMO had amazing play value. Does anyone know if Dragons just flat out didn't sell? I remember an entire aisle of the old TRU near me being dedicated to the line and then a month later nada, zip, zilch on the shelves. Never even saw them on clearance, they just disappeared.