High Speed Bus Kabatron (高速バス カーバトロン) is what the Japanese call a "cheaptoi" or Cheap Toy. It's the more modern equivalent of Train Station toys, if toys were still sold in train stations. These more recent cheap toys are often found in discount shops or gift shops at attractions.

Traveling by bus appears more common, and more socially acceptable, in Japan than it does here. They are a nice alternative to places where the train doesn't go. Perhaps these might be sold at bus stops? Who knows.

The toy is by a company called "The Access", which I am sure didn't actually make the toy, they just commissioned a version from a random Chinese company, probably the same company who made Train Bot, Bus Bot, and Fire Bot. 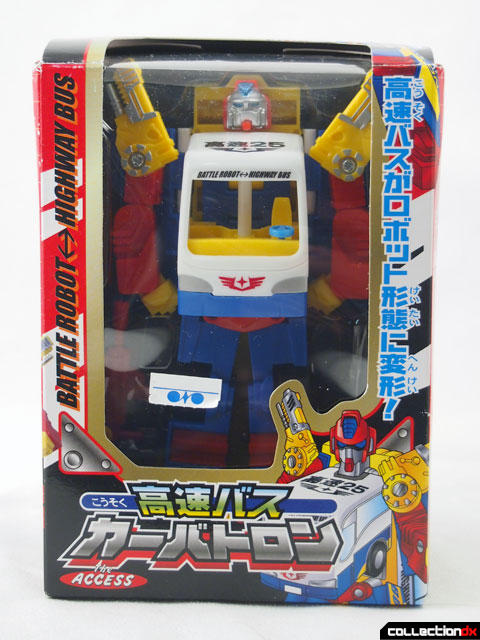 The side shows two different color schemes are available. 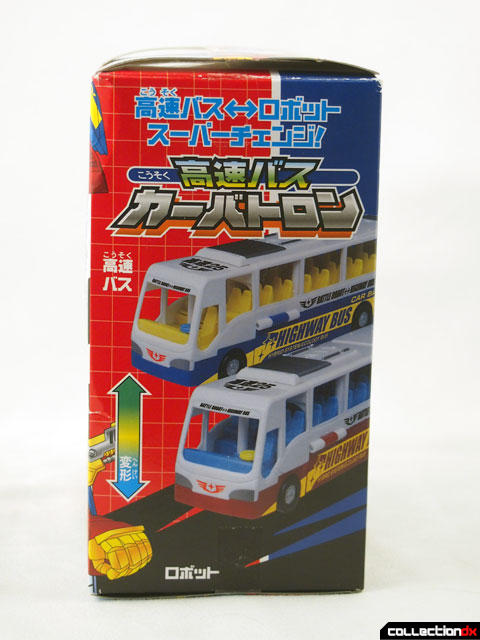 The back shows the transformation and all the usual safety warnings. 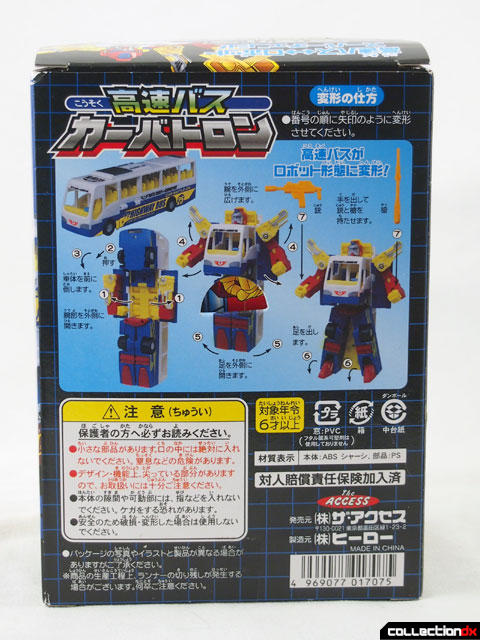 There's also a hidden flap that you can pull up if the retailer wanted to hang these things on a peg or hook. 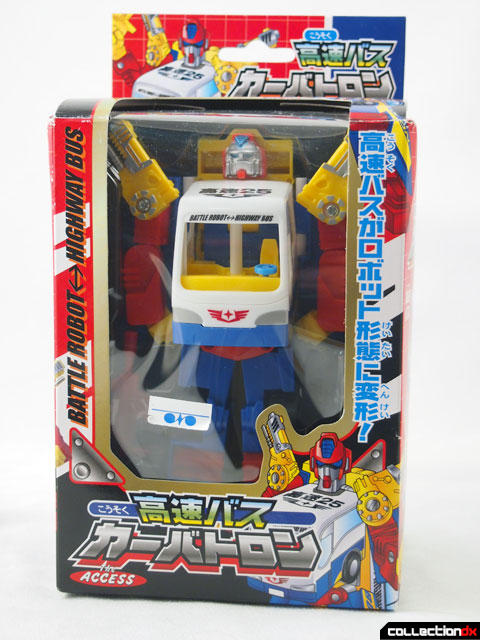 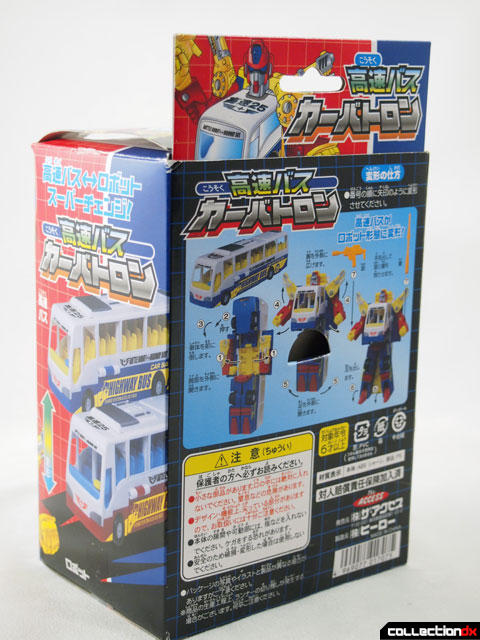 Inside the toy rests in a plastic insert with a nice cardboard backdrop that looks like a hangar. 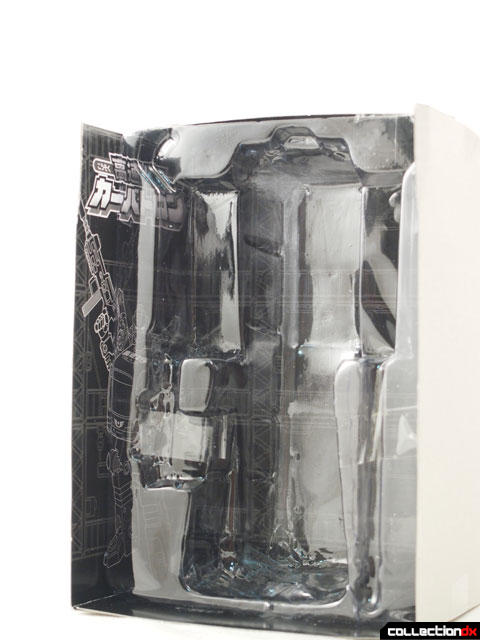 Kabatron is a simple robot, with bright colors and minimal articulation. It's quite solid and well made so it does not feel like a "cheap toy" at all. 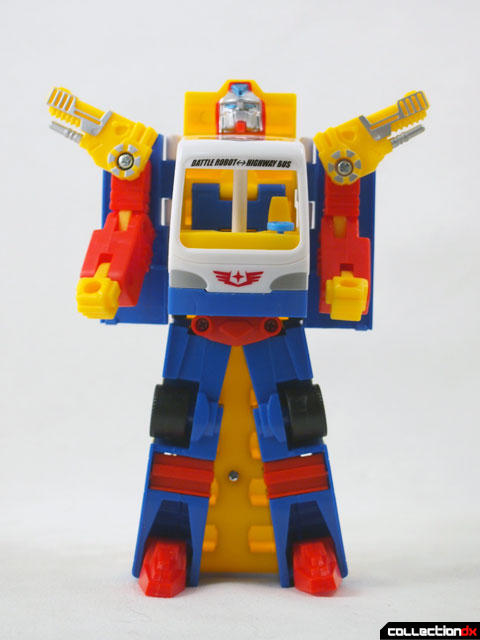 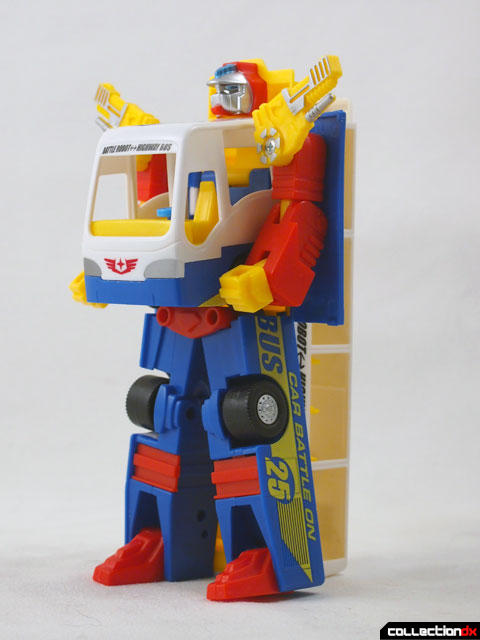 Of course, there is a giant bus hanging off of the back. 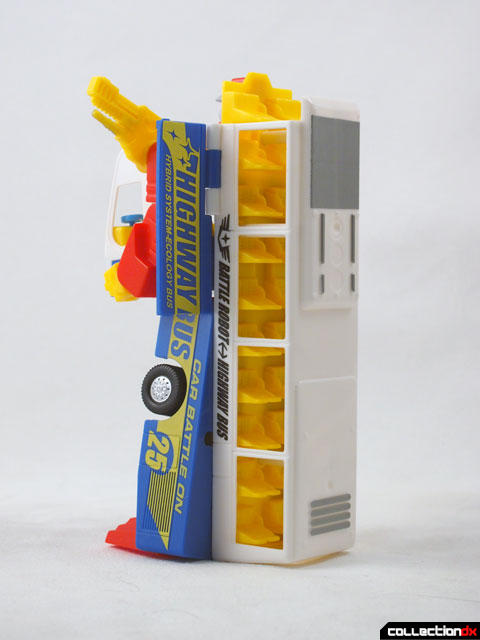 Kabatron comes armed with two weapons. One is a rifle, the other, a staff. 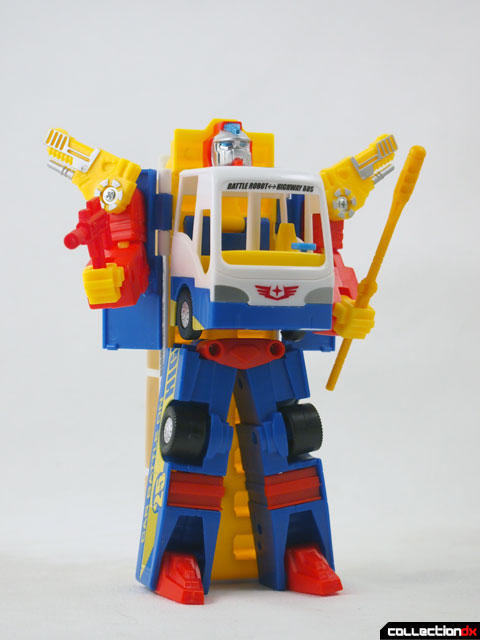 The staff is actually a missile from a Transformers G2 Cyberjet. 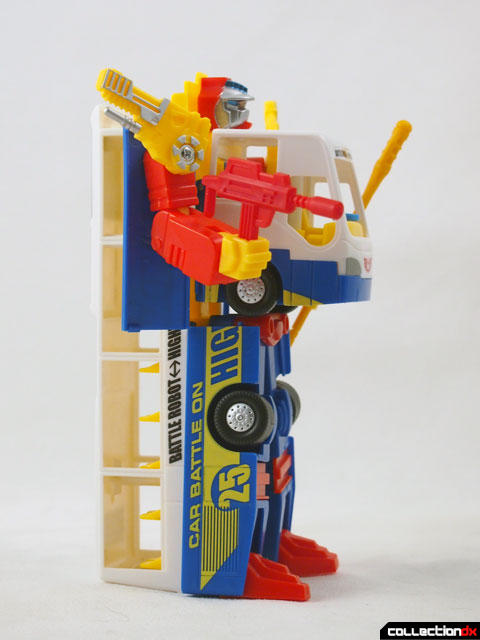 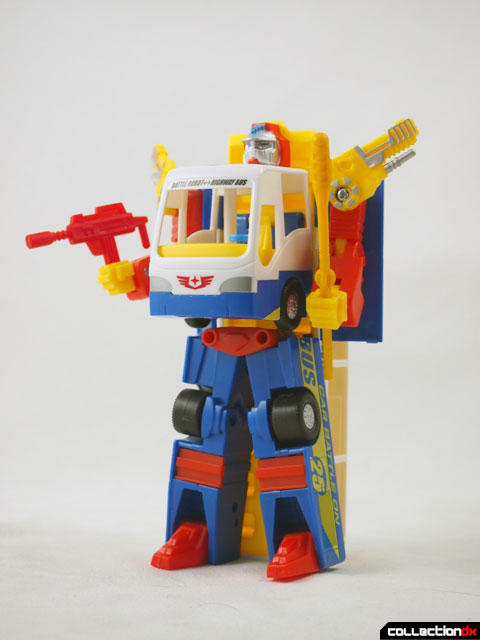 The bus mode is actually really great, and all the robot parts fold up neatly underneath. If you didn't know it transformed you might confuse it for an actual bus toy. 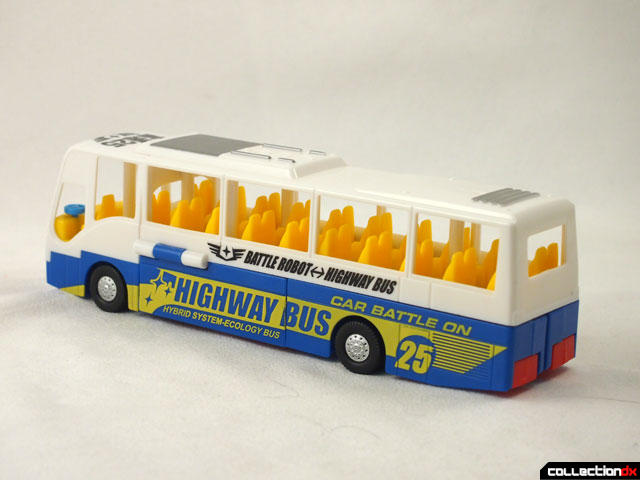 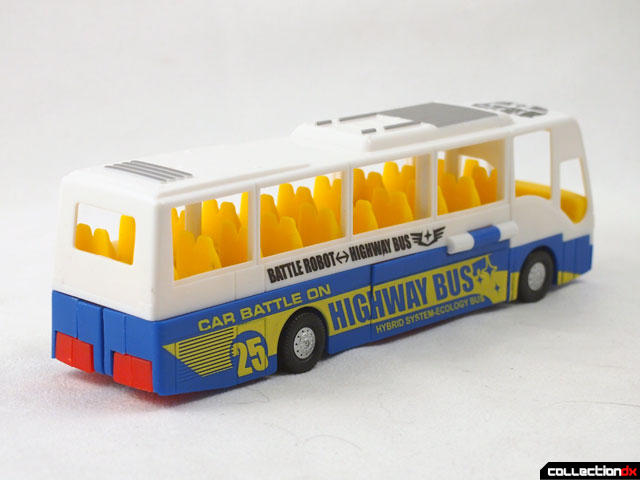 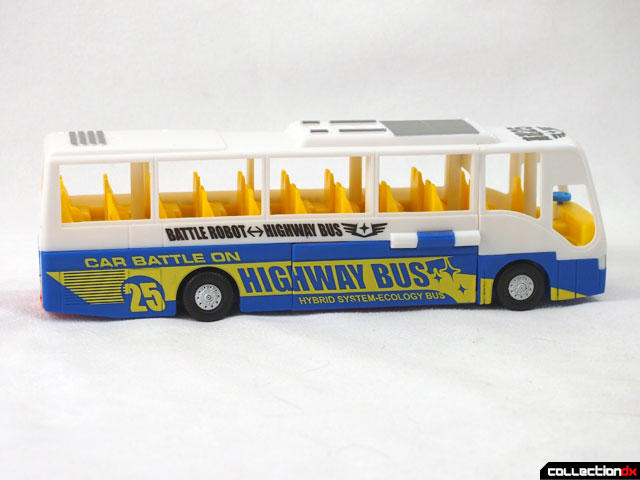 The bus has no windows. The driver's seat is on the left side, meaning this was not originally produced for Japan (whose driver's side is on the right). 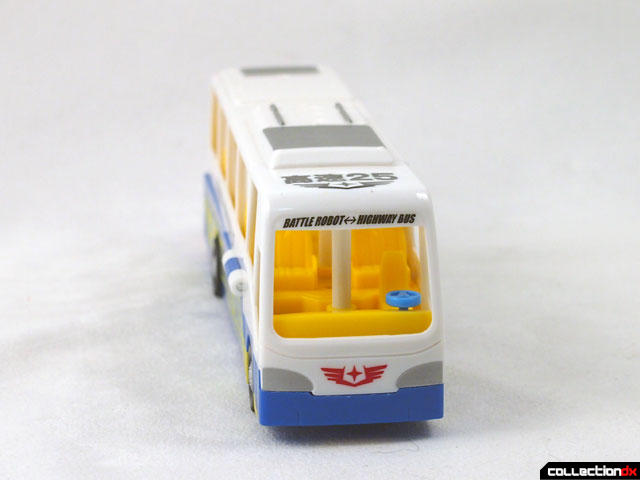 So where exactly do these toys come from? They share a lot of design cues from similar "Bots" we've reviewed here in the past:

The same company has produced other toys with similar transformations, including dinosaurs, elephants and sharks. Who is this mysterious company at the heart of it all? It's sure not The Access...

3 comments posted
Maybe this is a giant toy

Maybe this is a giant toy conspiracy that links all these toys together.

The staff is a missile, the same type used in G2 Transformers: The gun is the same too. The one that was originally chromed on the Robot Masters version.