When this popped up for review, I was quick to grab it because it is a mixture of two things I like. High performance Japanese cars and robots. I would not hesitate to buy a Nissan GT-R which is affectionately and appropriately called "Godzilla" in some circles, if I had the money of course. For now, small scale models will do. However, what I have here is a robot that turns into one!

Nissan GT-R comes from the anime/video game called Chō Soku Henkei Gyrozetter (Super High-Speed Transforming Gyrozetter). You can check out the gameplay in this clip.

At the moment Nissan GT-R seems to be the only licensed vehicle in the RM series. There are smaller version featuring other licenses as seen in the game. 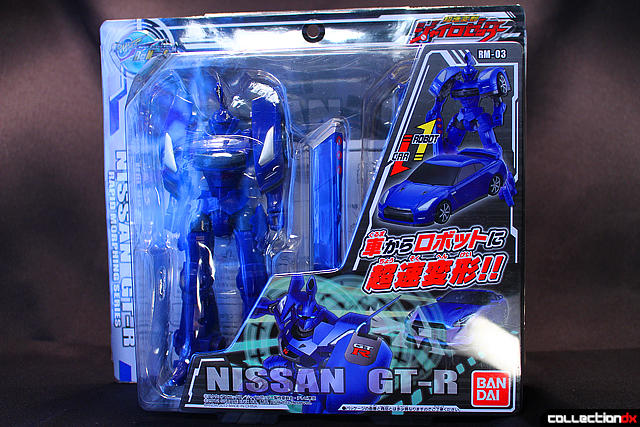 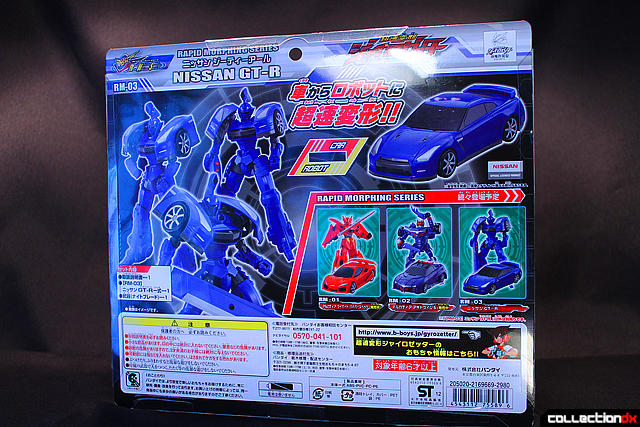 When you take the tray out, not only can you see the robot itself, but you see what it was hiding. ALMOST AN ENTIRE CAR! I can already hear the screams from the Transformerdom... 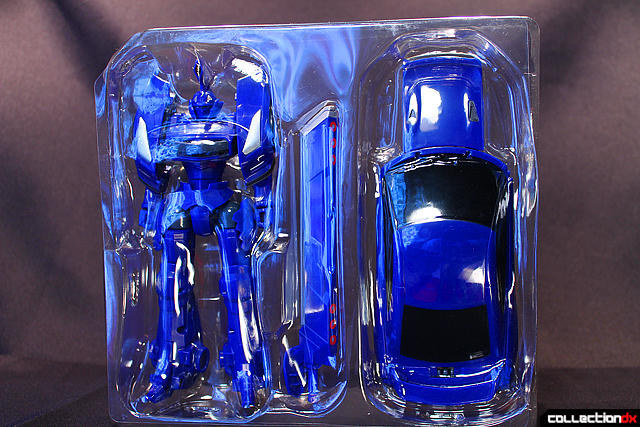 This is Nissan GT-R. His name, at least from what I have found, is simply Nissan GT-R. He has a very nice robot mode that is faithful to what you see on-screen. The plastics are very high quality as expected from Bandai. 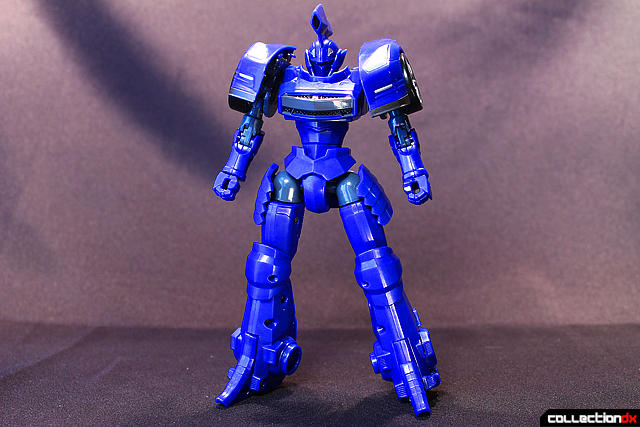 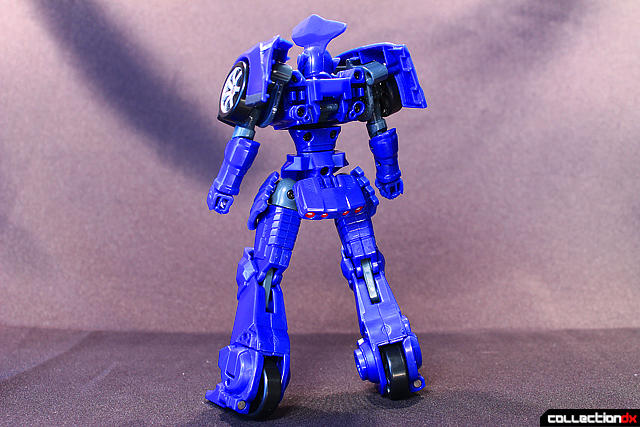 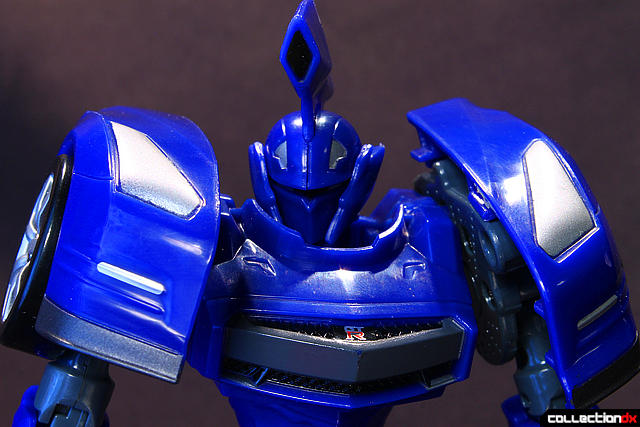 Articulation is rather generous considering this can transform. 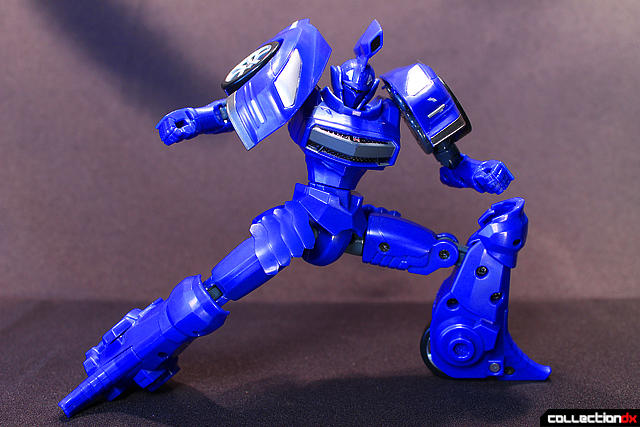 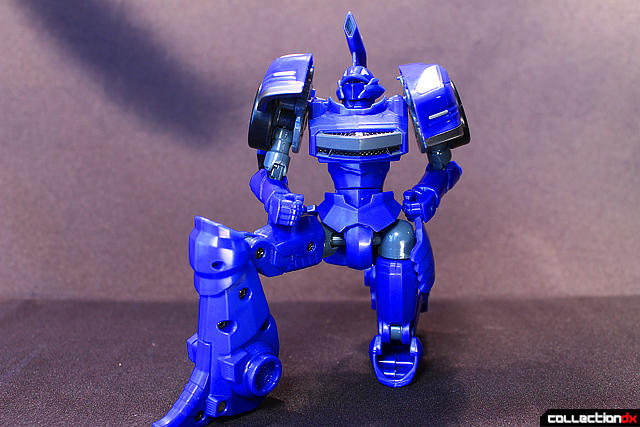 If you like huge obnoxious swords, Nissan GT-R will not upset. 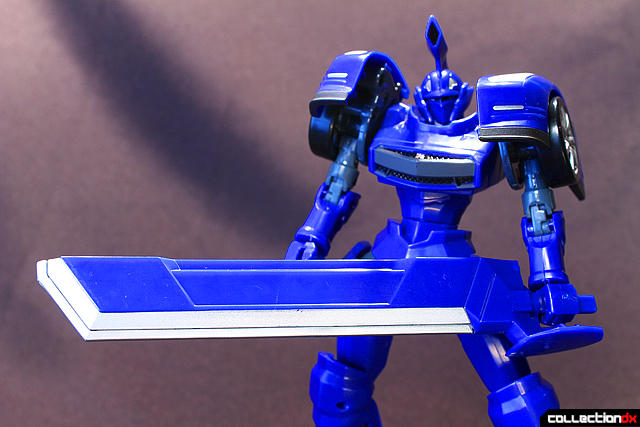 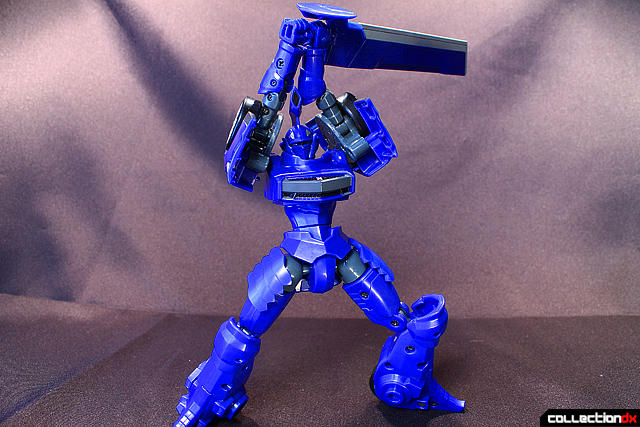 Now let's get back to the fact that this is a transforming robot and that out of the box there is a glaringly huge piece that forms 90% of his vehicle mode. To be fair, they've designed it to be used as a big shield so it doesn't just magically disappear. 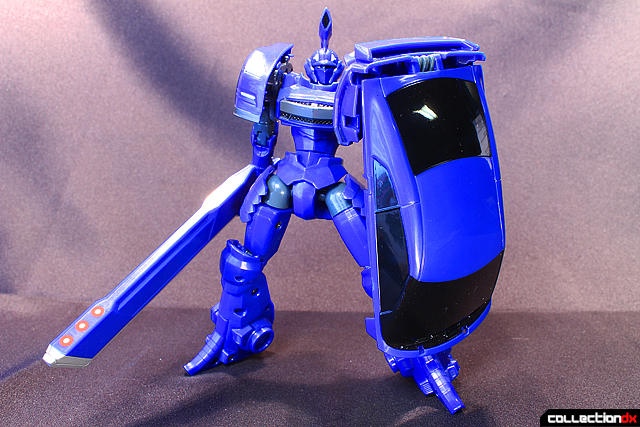 But still, it really is a huge piece that most will consider cheating, but we need to look at it from another perspective. This is not a Transformer. It is from another universe so it has the right to do what it wants. 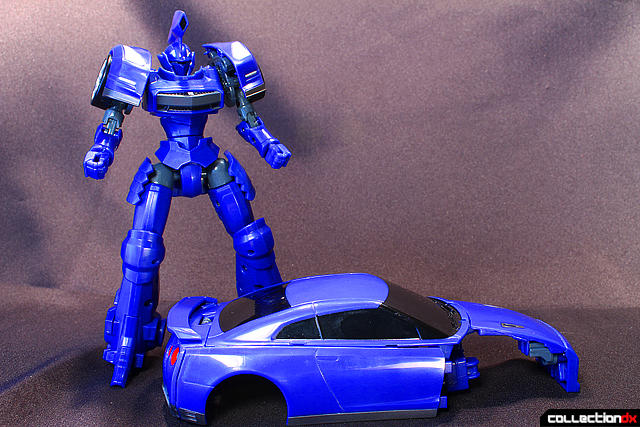 The good news is that the robot does actually transform. Head tucks away, arms and legs fold, wheels flip out of the legs and more. Actually has more steps in transformation than some actual Transformers. 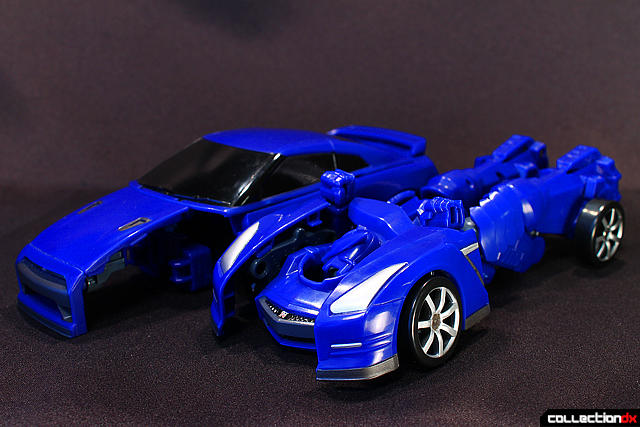 Here is the protective body shell with the side panels removed. 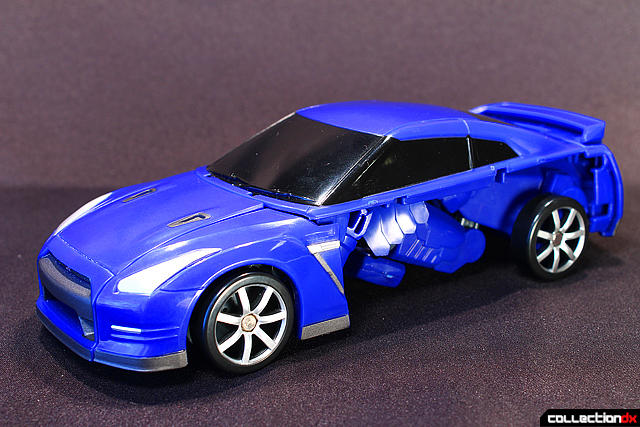 Underneath reveals all the little folded-up bits. 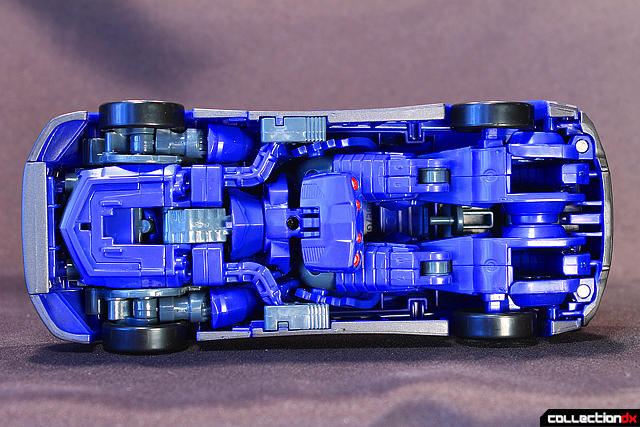 It forms an accurate GT-R when complete and the wheels actually roll very smoothly. Once everything is snapped in place, all the panels line up great. 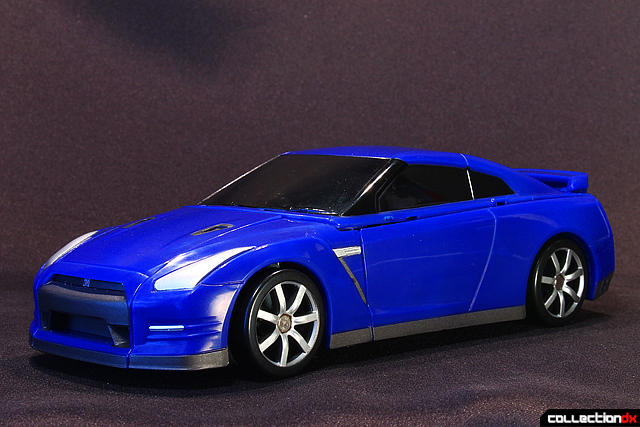 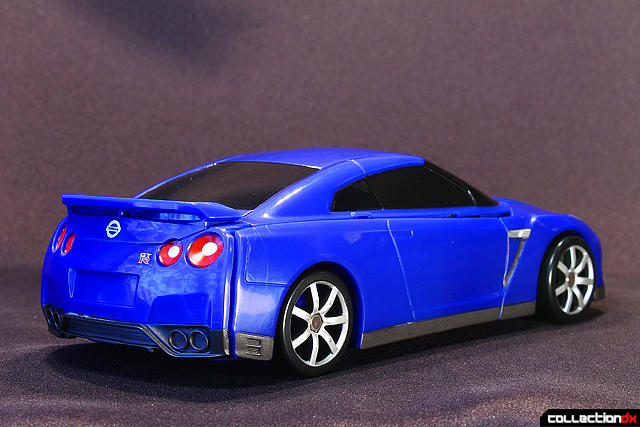 While it's easy for any Transformer fan to dismiss this, it needs to be understood that this is something else that is not intended to fall withing standard transformation rules. There is still no solution to anime magic. It does a great job at both modes and in the end a great representation of what can be seen onscreen.

Its different, but I think I'd rather get me hands on the Alternity GTR..

Also being blue like that it looks weird without Calsonic written all over it.

ooh car guy huh? It would look nice with Calsonic colors although not immediately apparent in the photos, it is darker than it looks. Calsonic is a bit softer IIRC, I might be wrong, going by memory... thats the car nerd in me talking.

If I'm not mistaken, the Calsonic GTR is coming out as a transfomer in that new GT series their making right? A must have for me if true

Sorry, I use the term "shell-former" interchangeably with any brand, not just Hasbro.

This is still cheating.

Think of this as a spiritual successor to Jumborg Ace!

I thought it was an excuse to do silly stuff like this:

Shell-former? For strict and die-hard trannsformer fans, yes. But since it is NOT in the transformers realm, it doesn't matter. This is a unique and wonderful toy in its own right.

And please, even transformers has given us shell-formers.

I'm in love. Thank you for bringing my attention to this line! I'm always for putting the importance of articulation over transformation. It's also cool that the car mode is so smooth! Best part is that robot though; gotta find pics of that snazzy red one on the back of the package now...