It's been a while since we talked about the Bandai Creation Godzilla vinyl series, largely because a new one hasn't been released in a few years. Today we revisit one of the cooler items from the series, the Fusion Series Burning Godzilla.

The Fusion Series was a limited set of clear glitter vinyl re-releases of existing Godzilla vinyls.

Each comes in the open red box which was standard across the line, but this time had a special Fusion Series sparkly sticker. 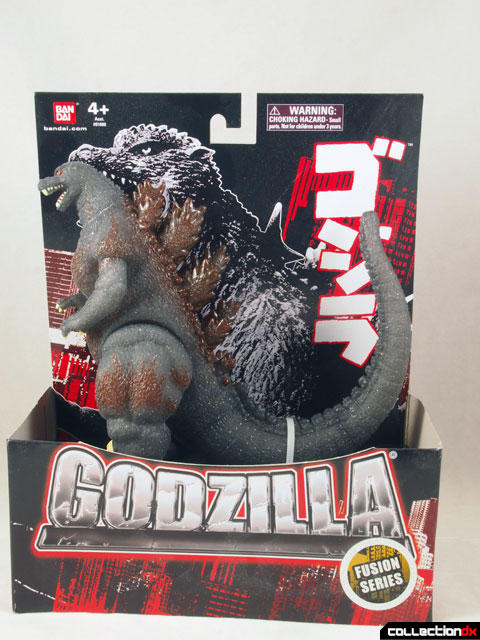 The toy is the same in sculpt of the previous Burning Godzilla release, but this time molded in a clear grey with glitter. 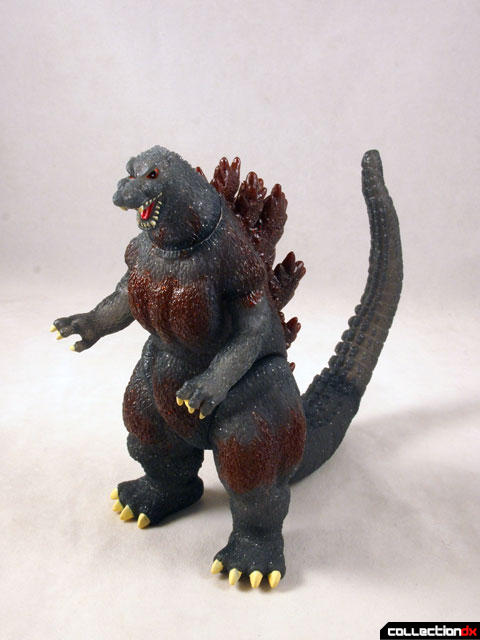 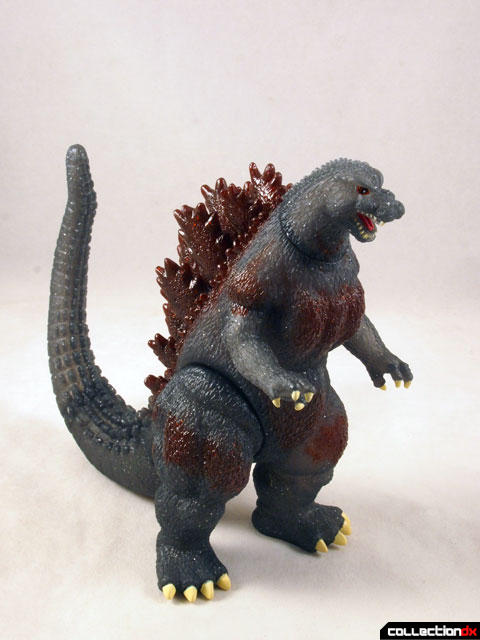 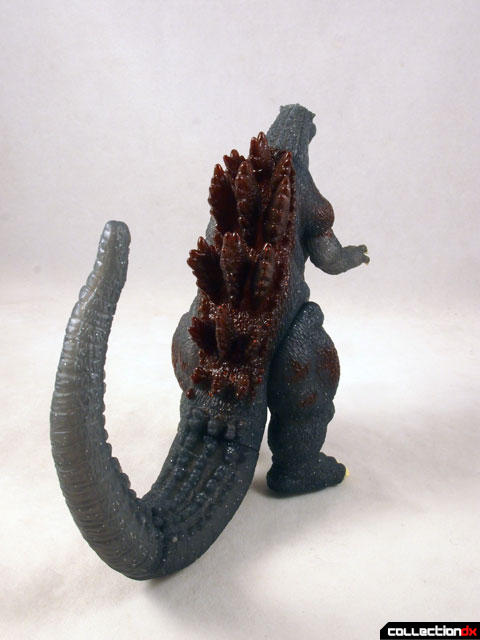 It's not all that transparent unless you hold a light up to it. 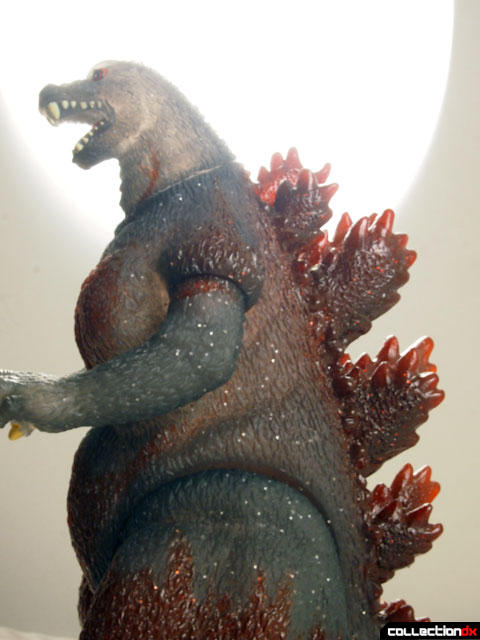 Paint apps are good, with orange highlights showing the burning effect. I wonder why they didn't just mold it in sparkly orange vinyl like many prior Japanese releases. 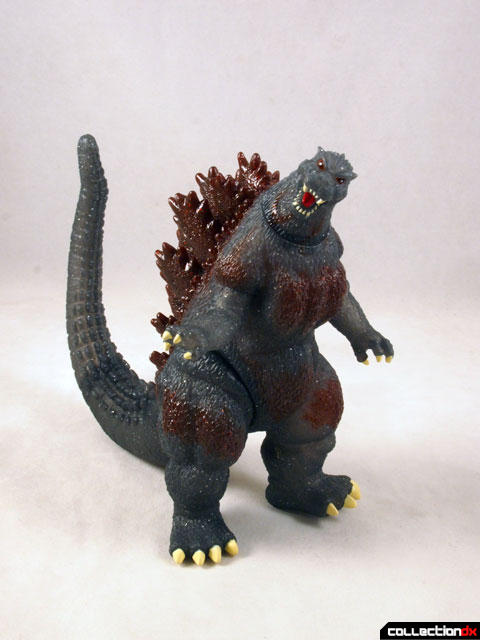 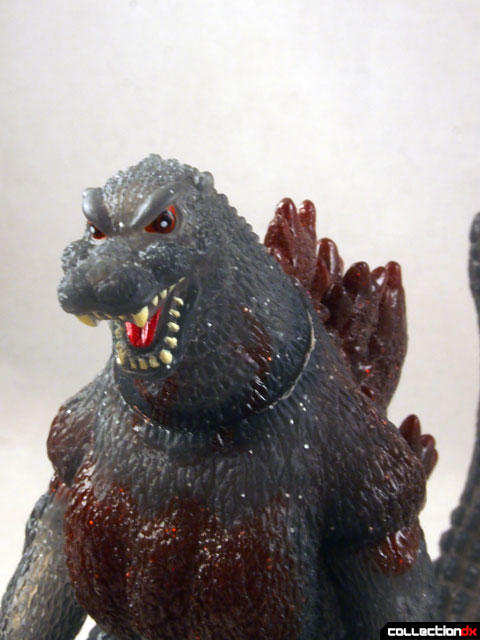 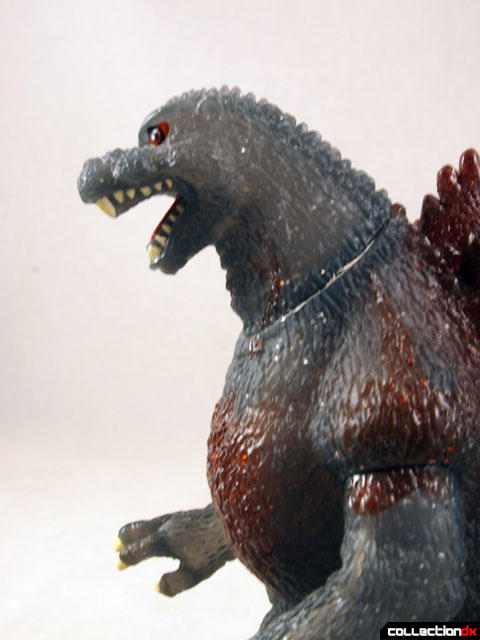 These are still cheap and absolutely worth picking up. 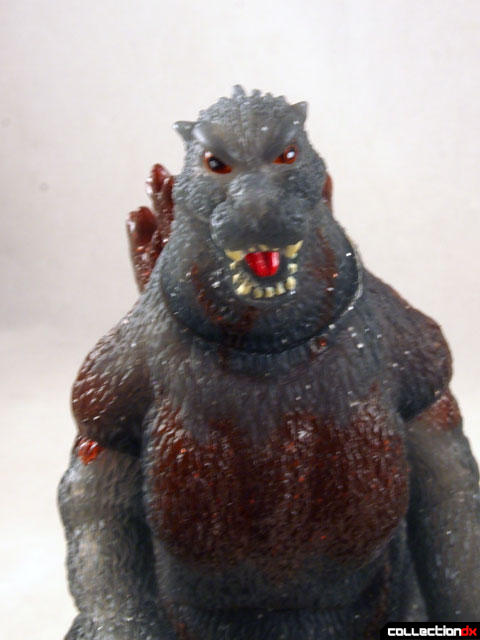