By now, if you haven’t seen “Tiger & Bunny,” you need to get yourself to Hulu, stat. If you’re the patient type you could wait for the Viz release, but who’s patient when there’s good anime to be had?

“Tiger & Bunny” follows a group of superheroes as they try to fight crime and rack up points in a corporation-sponsored reality TV show and become the king of heroes. Blue Rose, Pepsi’s hero, is the team’s femme fatale (though she doesn’t quite have the fatale part down). She is, however, highly fem, and because of that she’s a fan favorite. 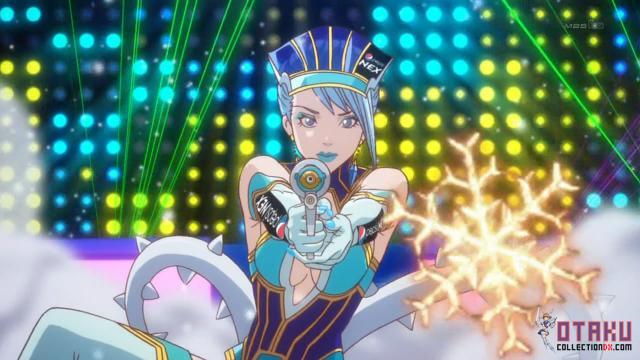 Lucky for us, Chibi-Arts made a beautiful figure of her! Let’s have a look, starting with the box: 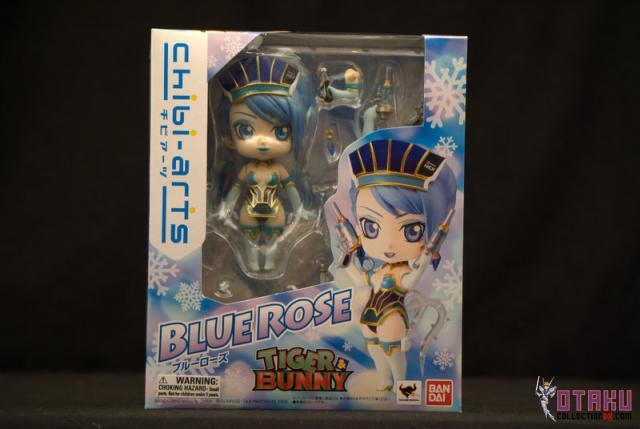 Fairly standard, really. We pop the box, and there’s this: 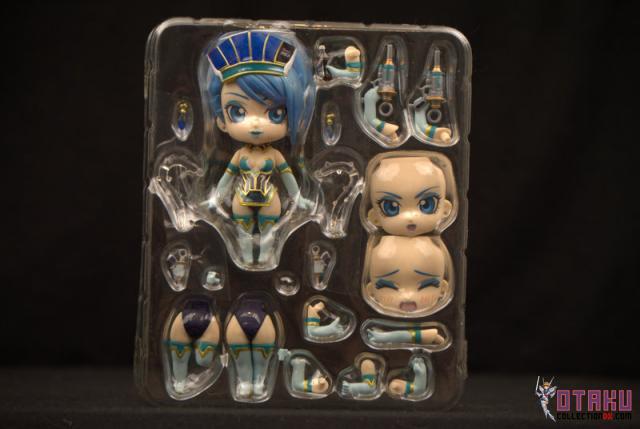 You can see all of her accessories in there, and kids, there are a lot of accessories. She has ten arms, three faces, three sets of legs, earrings, two guns, and two of her ice tail things. She also comes with a signpost that isn’t pictured here, but we’ll get to that later. 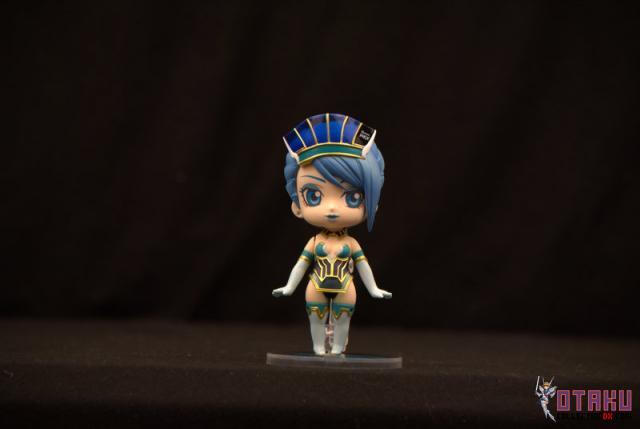 Here she is out of the box, without any accessories. You can see that her visor is see-though, as is her skirt. The detail on this figure is good, and she’s a lot of fun to look at. 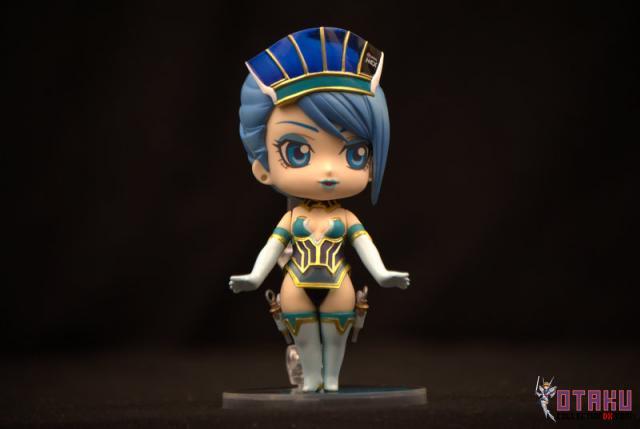 She has her guns strapped to her hips now. The guns are on pegs, which fit perfectly into tiny holes on her thighs. 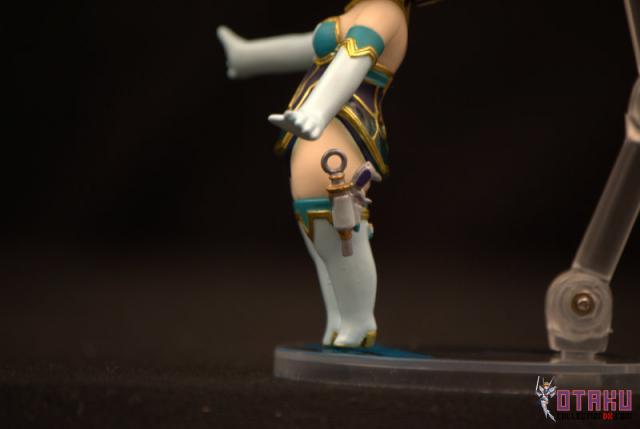 Here are the guns from the side. This shot also gives you a good look at the base as well. Blue Rose has a little hole on the back of her head; that’s where she attaches to the base.

Sometimes, though, the little guns just aren’t enough. It’s time to break out the big guns. 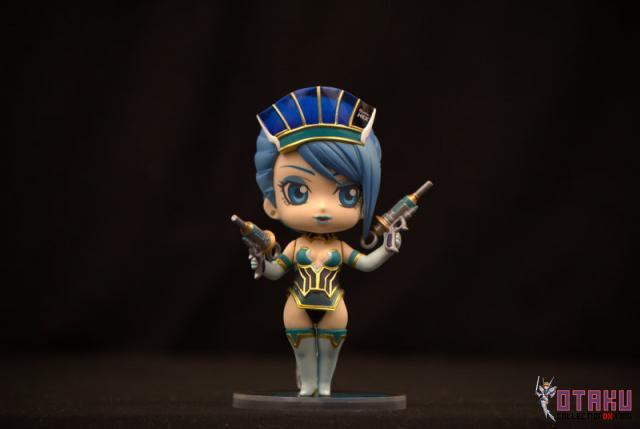 Here’s the next set of arms, holding the guns. I’ve also switched out her legs. Now lets get a look at the sign I mentioned earlier. This is the first of four signs. 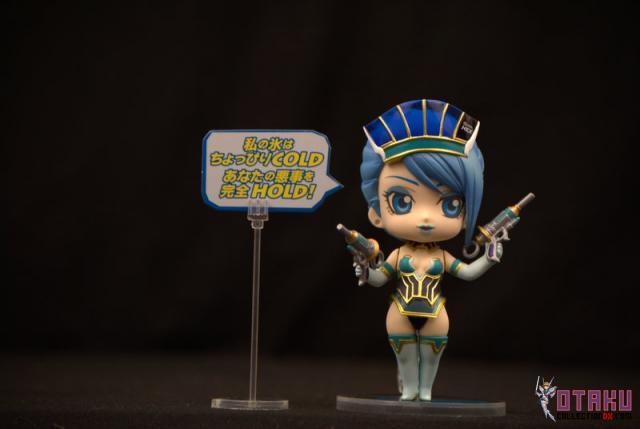 “My ice is a little bit cold, but your crime has been put completely on hold!”

Time to add on a new accessory. Blue Rose’s tush is adorned with two ice sculptures with little spikes. They pop into place with little balls that allow for rotation, opening up a whole range of motion. It’s pretty cool. 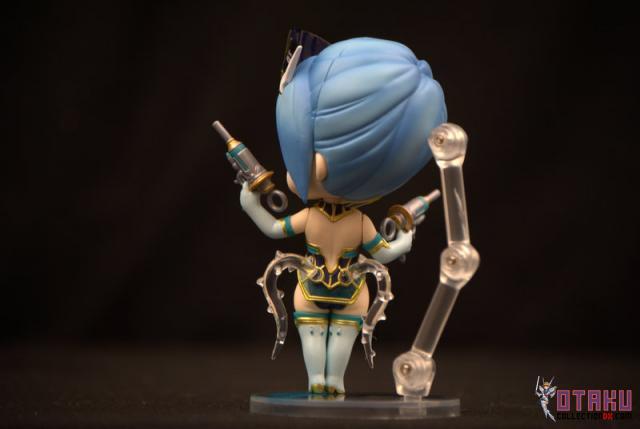 Of course, a part of her hero gig involves pushing the product. Her next set of hands has one hand on her hip and one on her Pepsi. Also, her earrings are in now. 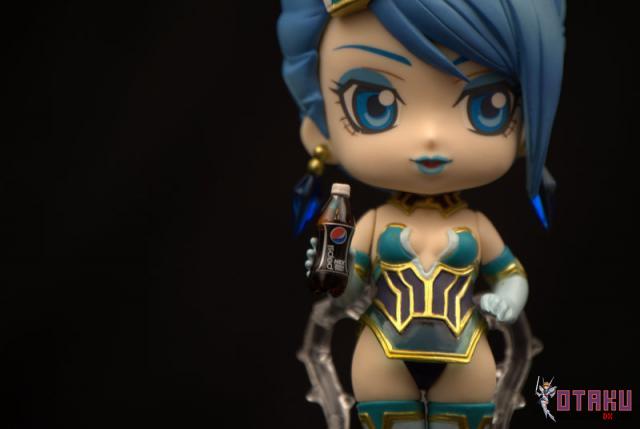 And now for my very favorite pose: 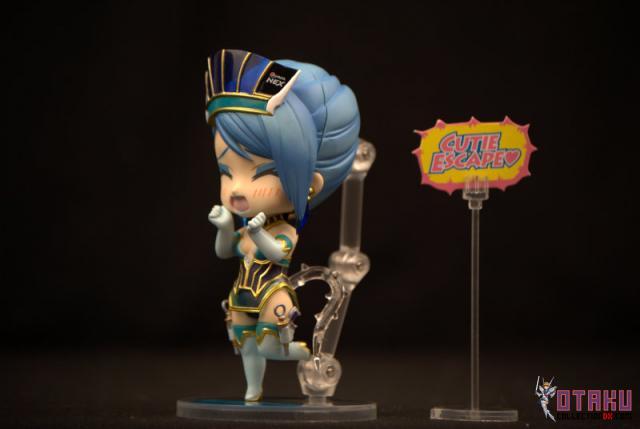 It’s the famous cutie escape! Complete with sign number two, this is Blue Rose’s second face, next set of hands and third set of legs. She has the tiny guns back on her hips, earrings are still in and she is clearly wigged out. The foot pop is adorable.

Here it is from the side: 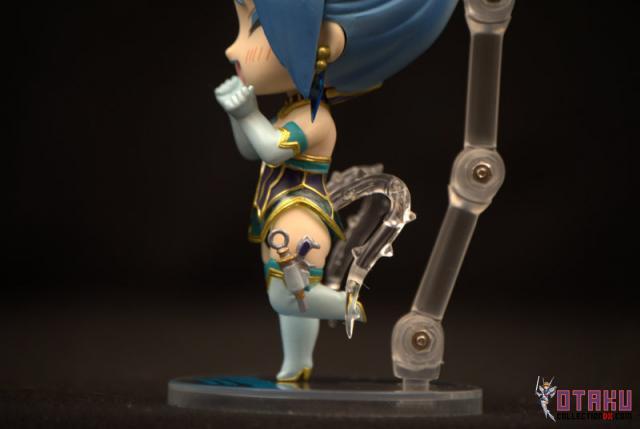 And now for the last pose. 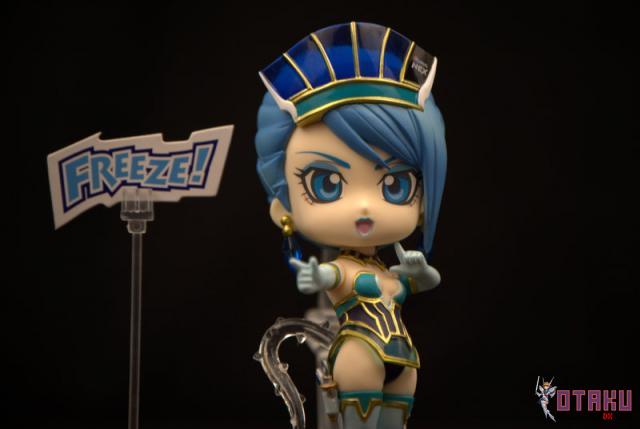 Blue Rose is giving the bad guys a command, and it just happens to be punny. This is the third sign, last face and set of arms.

And here’s the last sign. I have no idea what it says. Sorry, kids. 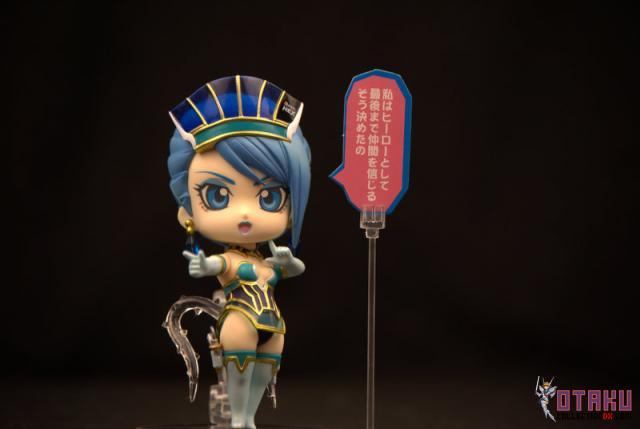 So, for the most part Blue Rose is fantastic. However, she does have a few problems. The second set of legs is the most obvious spot. Have a better look. 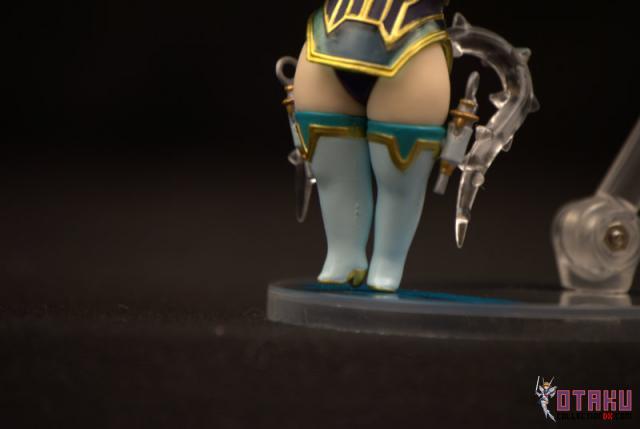 That’s an impurity in the sculpt right there. That line of plump little chibi leg has a few bumps and a raised line that runs the length of her inner thigh. If you follow the line down to her shoe, you can also see a bit of the paint job is botched along the gold line.

That said, that’s one tiny flaw out of about a million and a half accessories, and on the whole, they’re easy to put together, they stay together well, and she’s very easy to pose. This figure is well worth it, and cute as a button.