“Black Rock Shooter” started out as a kick-ass drawing by insanely talented Japanese artist Huke. It became an OVA, and then an anime series. While the OVA is fantastic, the anime series was just okay. That doesn’t stop it from getting some intensely cool figures, though. 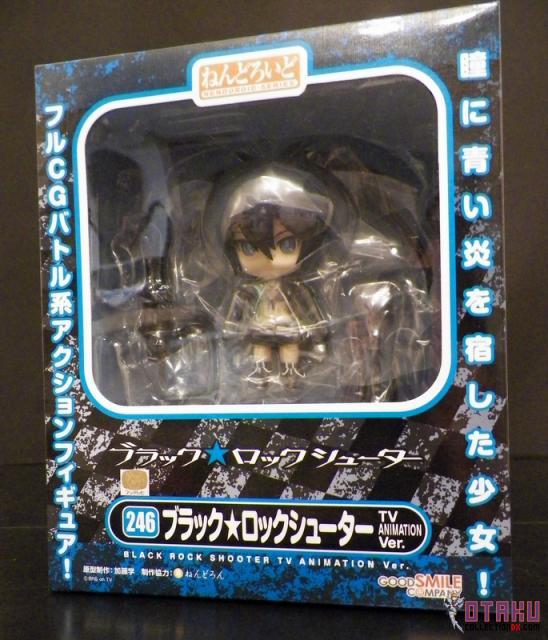 Let’s look at all her accessories. 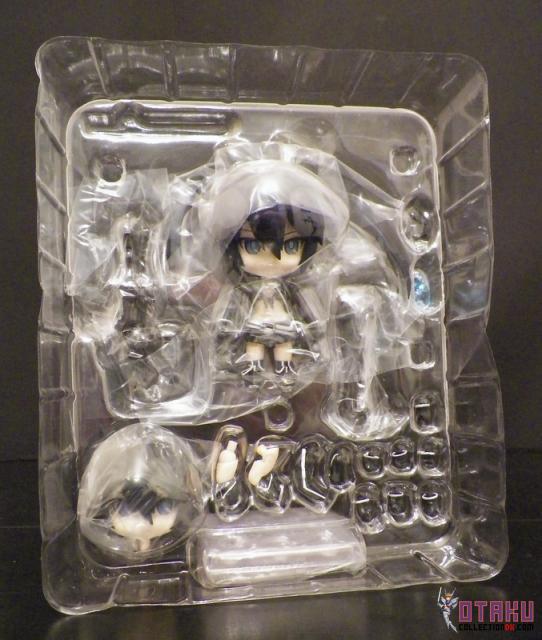 You can see there’s a lot of stuff here. That’s always a good thing. 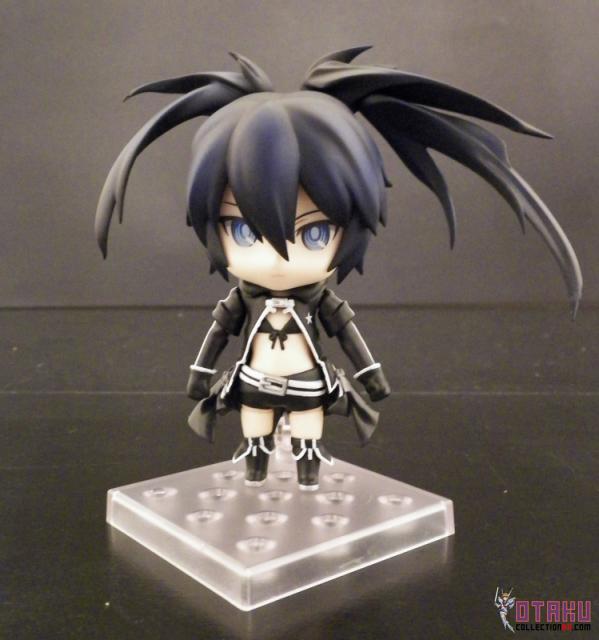 Here she is out of the box! She’s got that serious expression going on. Her pigtails are pretty cute, and they do move around. 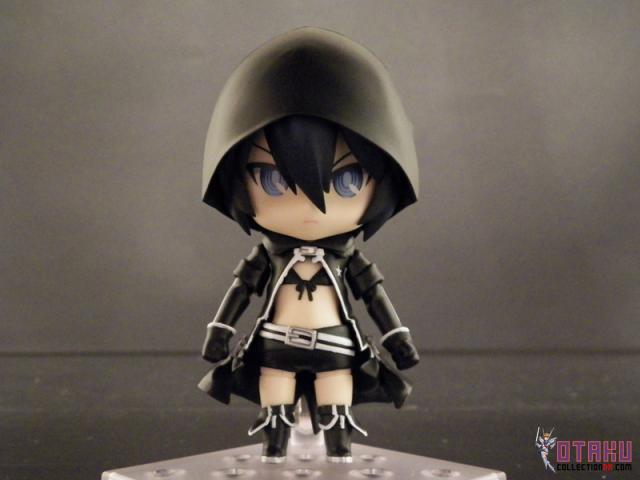 She comes with an alternate head - a hood. Pretty cute, yes? It looks like she means business. 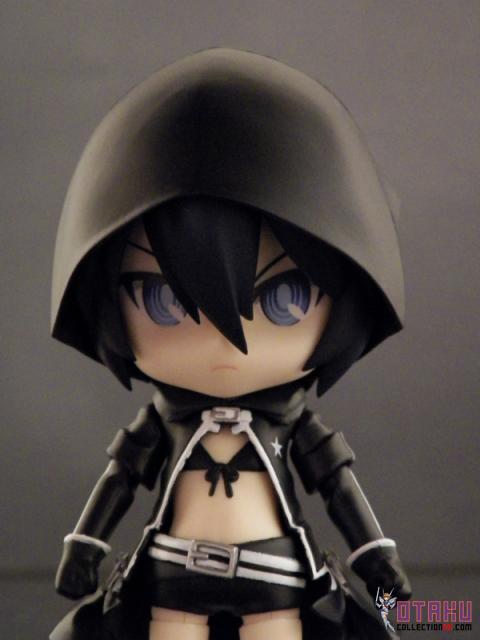 One of my favorite trademarks of Huke’s artwork is the eyes. His version of bishi eyes doesn’t have stars or bursts - he uses circles. 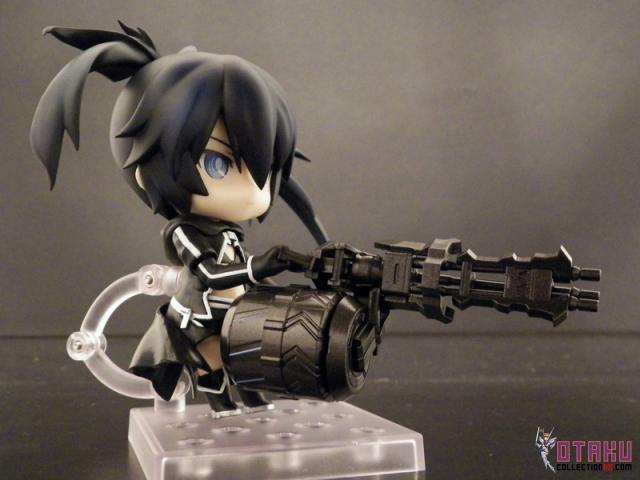 What would a fighting girl be without her oversized weapons? This is the biggest gun I’ve ever seen on a BRS figure (if you compare by scale). I love this big fella. 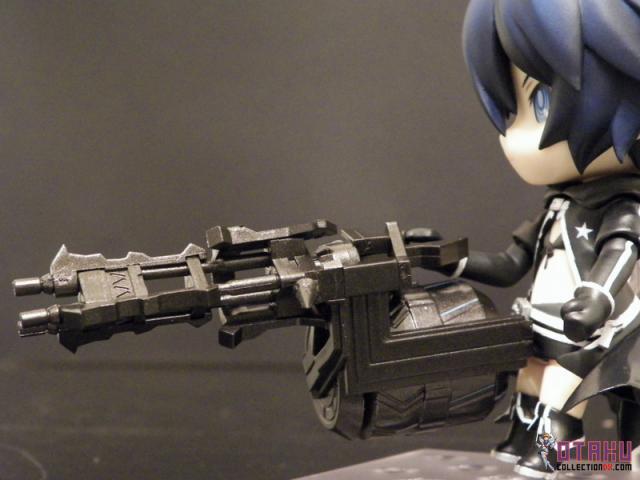 Of course, that’s not her only gun… 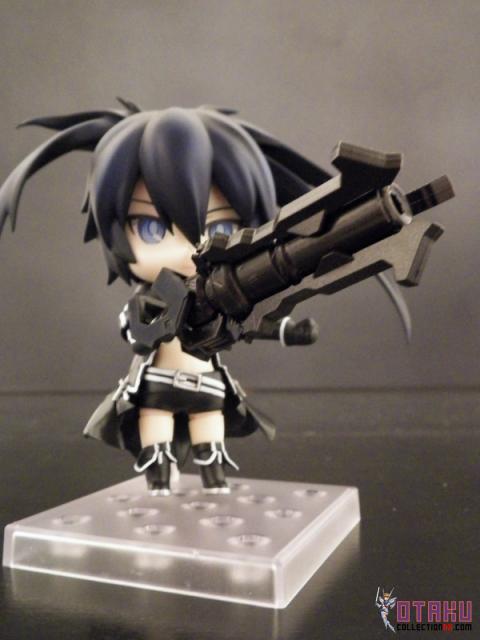 And look what it can do! 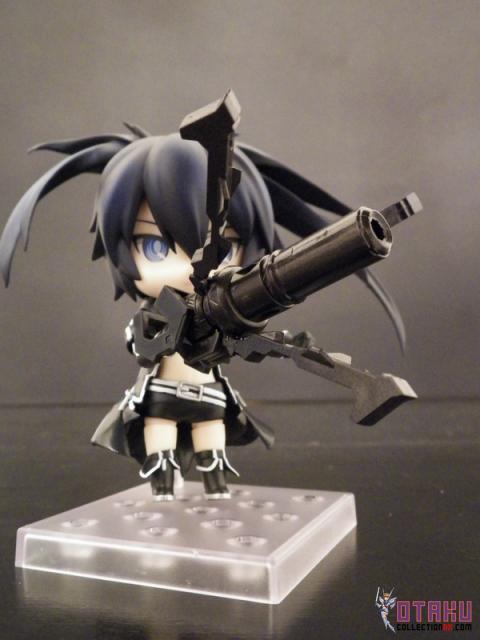 Naturally, she’s got that flaming eye. 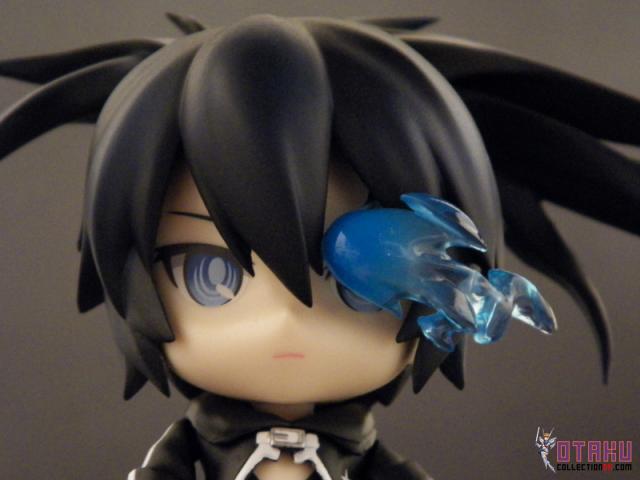 The flame works differently than it does on all of my other BRS figures. This one latches into the underside of her hair, as opposed to being a part of a different hair piece or face. 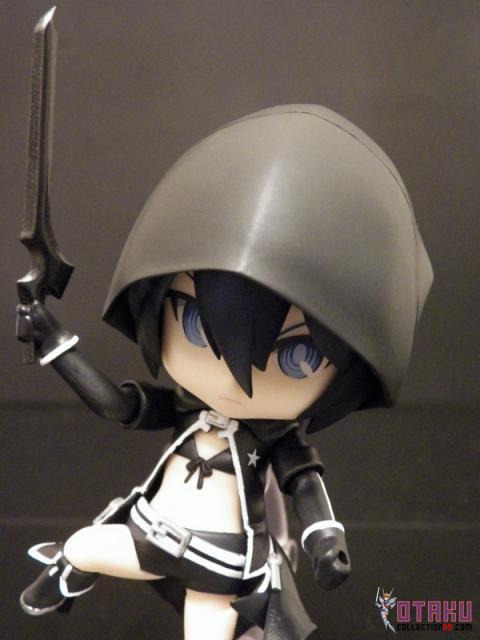 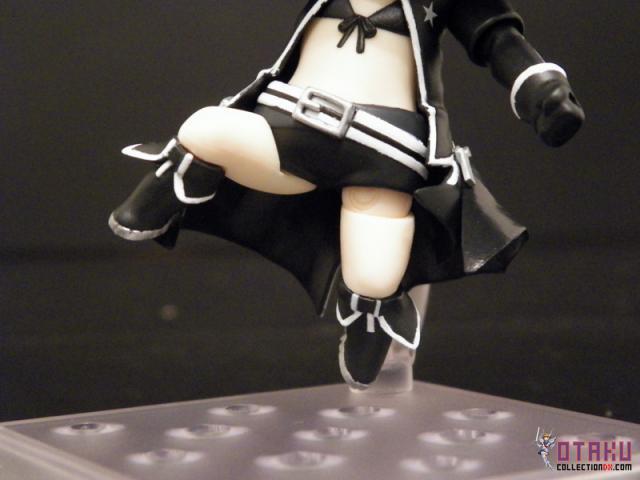 This shot points out one of my favorite little touches on Nendos - the Good Smile smiley face logo on round joints. Just adorable. 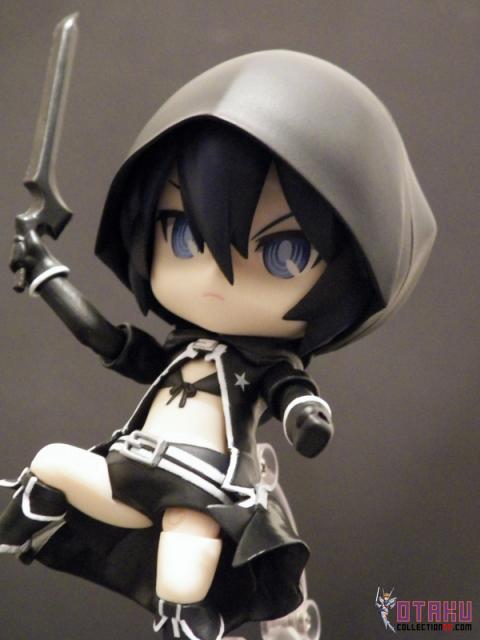 All in all? Great figure. The show may have leaned toward the weak side, but the BRS figure for it - like the original Nendo for the OVA - is pretty killer. She’s the first Animated Version release; I’m really looking forward to the next few.