One of the fun - and financially maddening - things about “Black Rock Shooter” is the seemingly endless variants of the characters, all of which have figures, statues, Nendoroids… you name it. And then, of course, there’s the madness that follows the release of an exclusive figure. While I purchased this girl for a cozy little sum - not nearly as much as, say, the BRS Insane figure - it’s still an exclusive, as the only way to get her is with Huke’s “Collected Works” book.

Which is intensely cool.

In any event, here’s the Black Rock Shooter Beast Figma!

Let’s kick off with the box(s).

The whole shebang comes in this cardboard number, with the BRSB insignia on it. 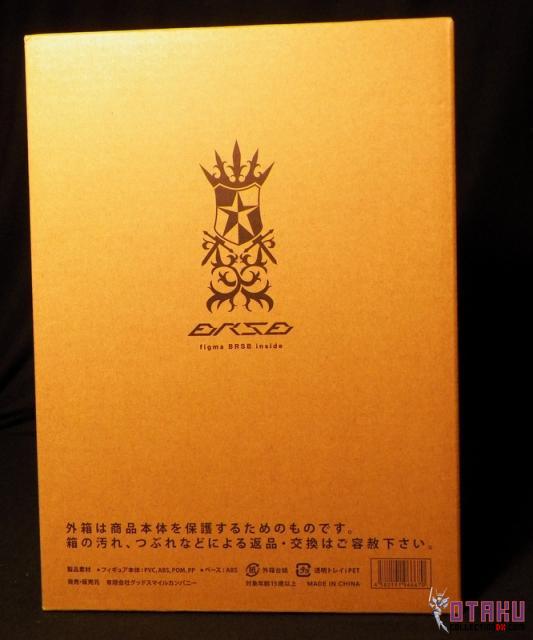 And this is what’s inside the box: 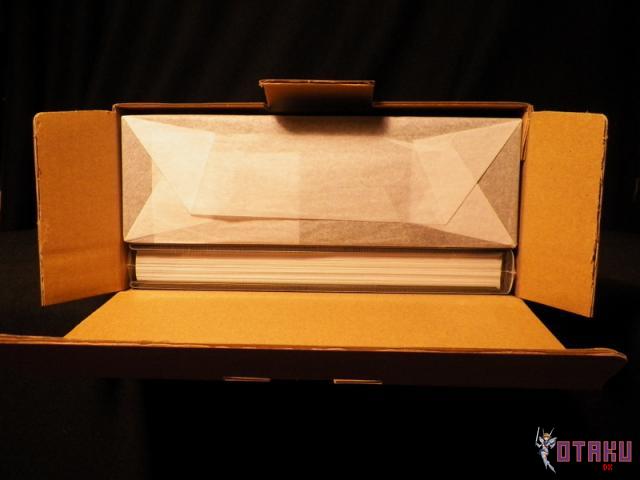 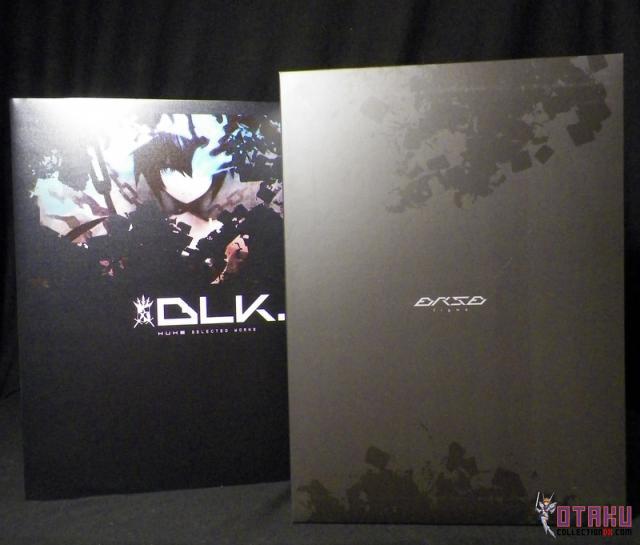 That’s the book on the left and the figma box on the right.

Some closeups of the figma box: 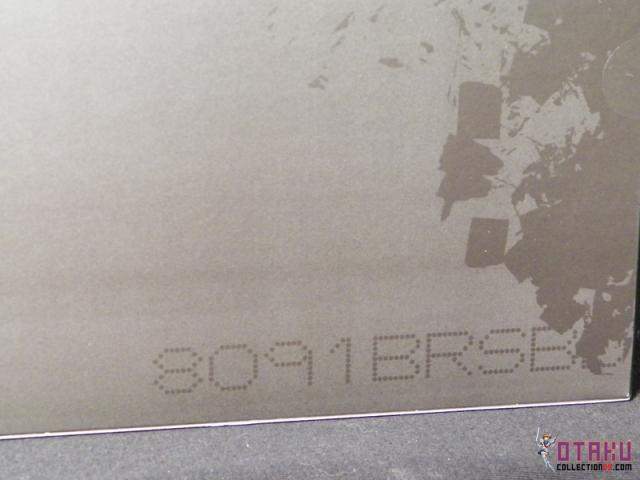 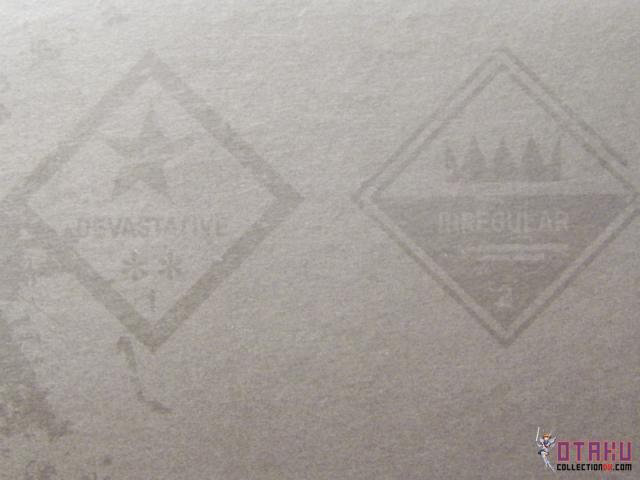 Here’s what’s inside the box! 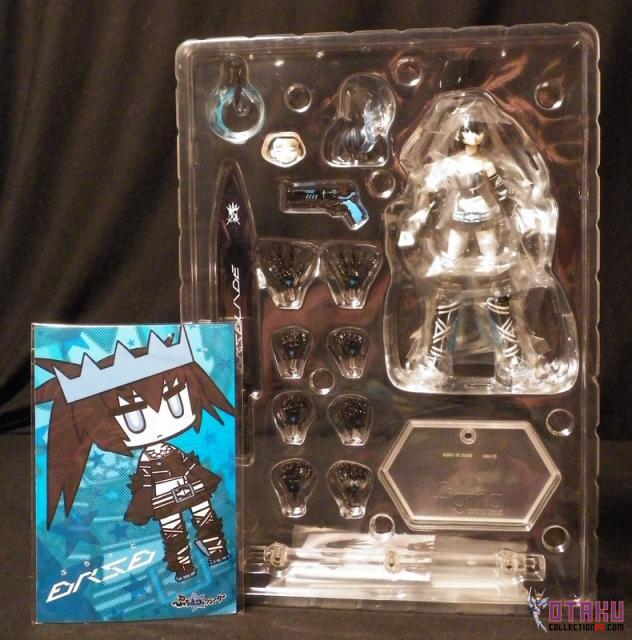 Now let’s take her out and have a look! 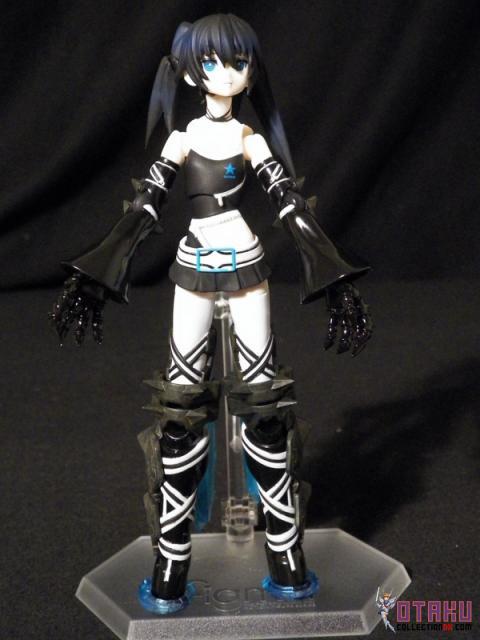 Let’s look at some detail.

Her midsection is sculpted beautifully. In this show you can see the stars around her neck, her unzipped shirt, and those thigh highs. 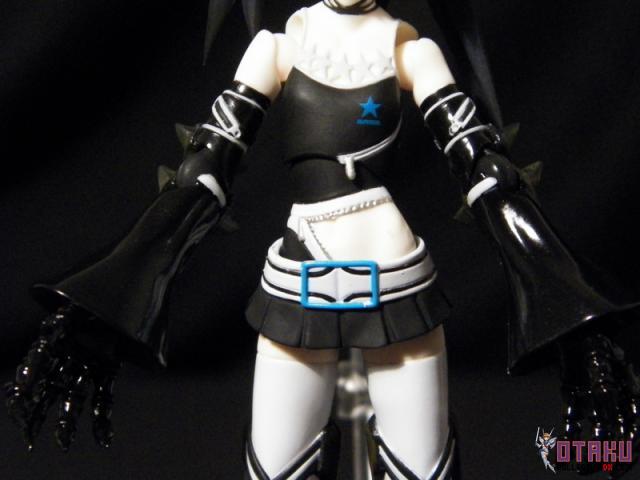 She has stars on her hands 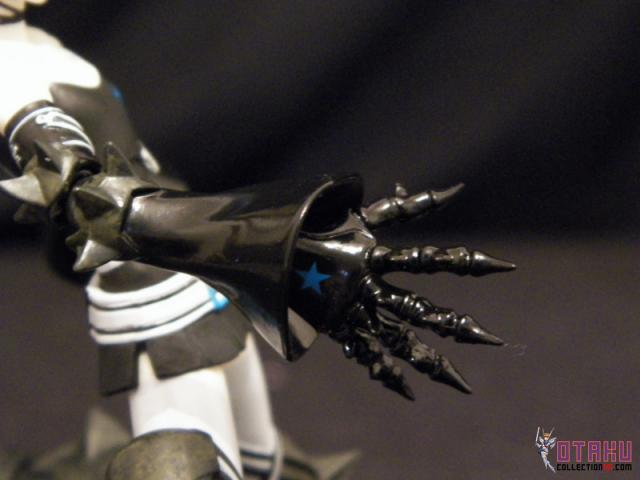 Here’s her face and shoulders. You can see the concentric circles in her eyes. Her shoulders are a little odd; the ball joints sit low. This is less noticeable when she’s posed. 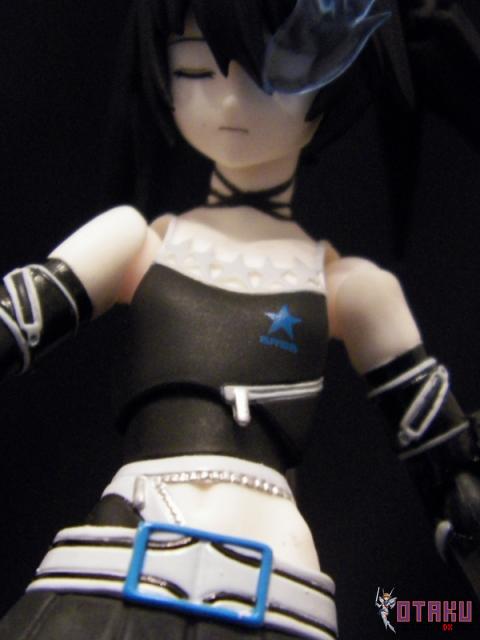 And that back tat! 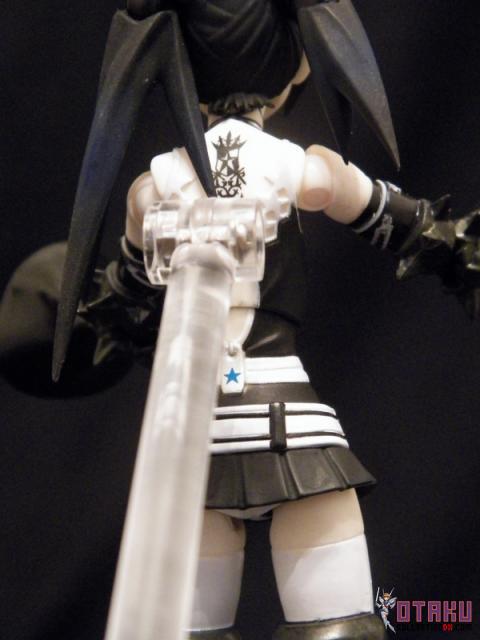 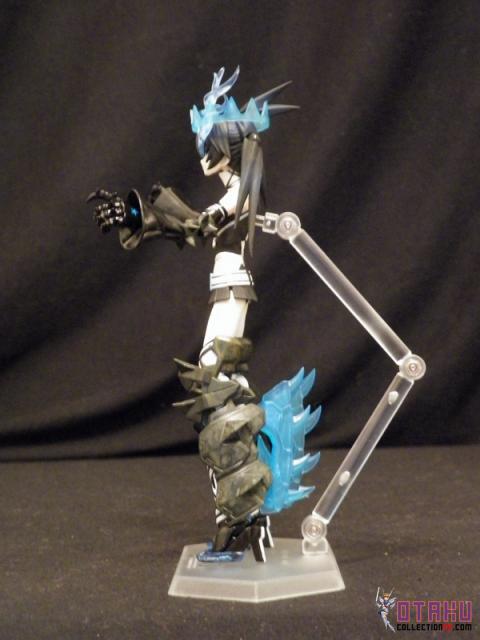 The best way to look at those boots is from the side. Check ‘em: 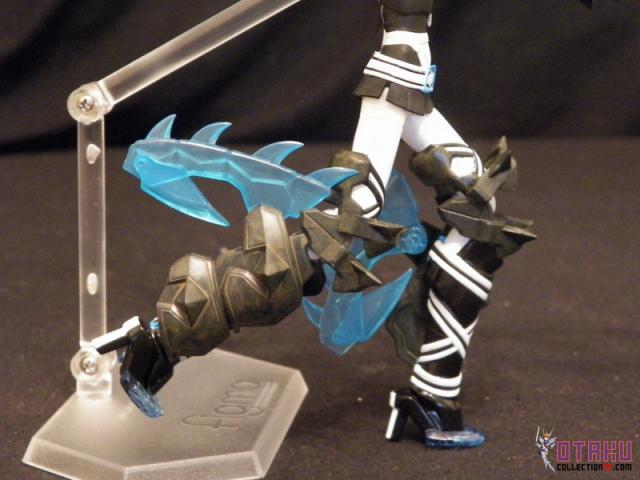 Of course, she has the flame eye: 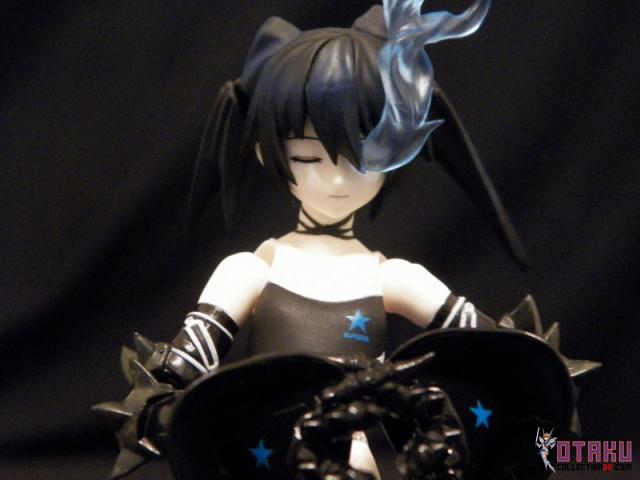 I love her hands. I think they look phenomenal. 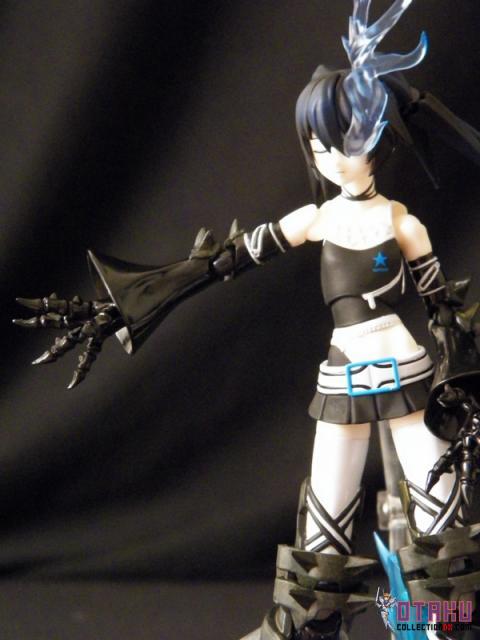 And she comes with that magnificent crown. 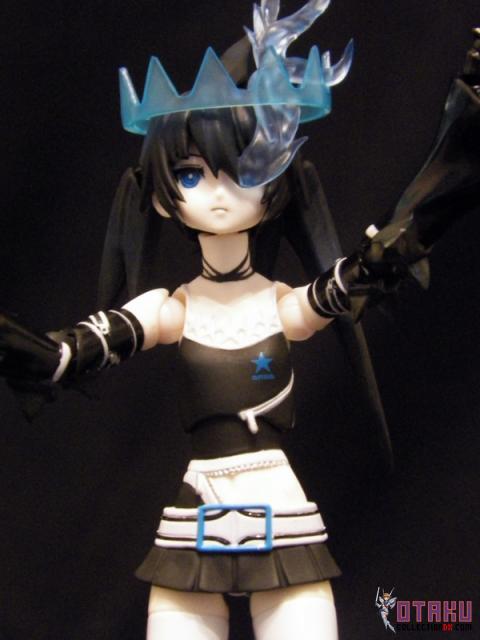 Putting the crown and eye flame on at the same time is a little tricky, but it works. The crown sometimes pops off, but not often. Her head also sticks off her neck a little much, which is why most of my shots have her looking down a little. It hides that.

She has a second face that looks like she’s sleeping. I’m pretty fond of it. It’s so peaceful. 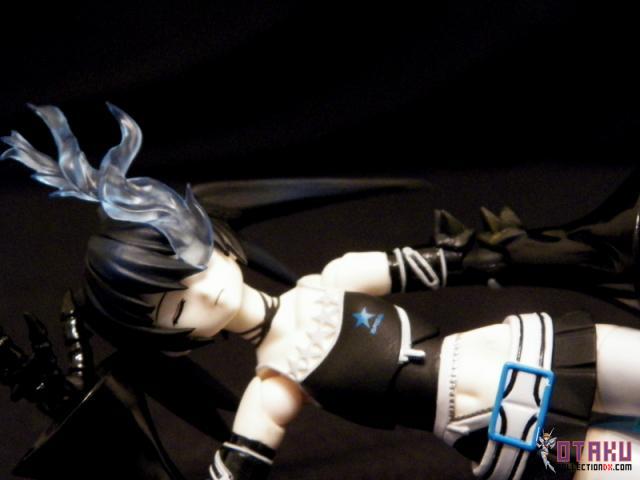 Let’s bust out some weapons! 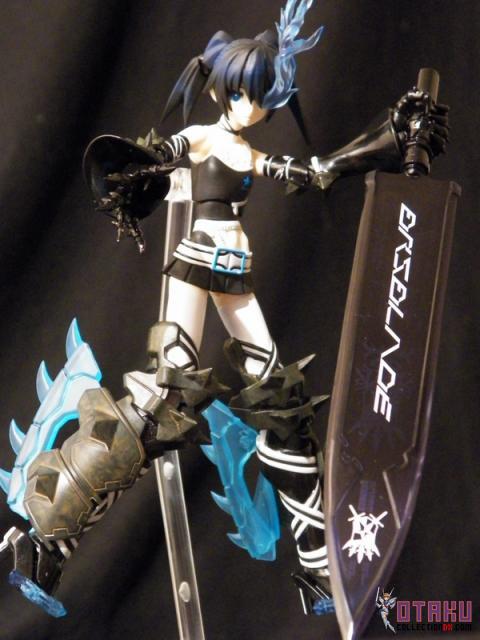 Her sword is GIGANTIC. How gigantic, you ask? 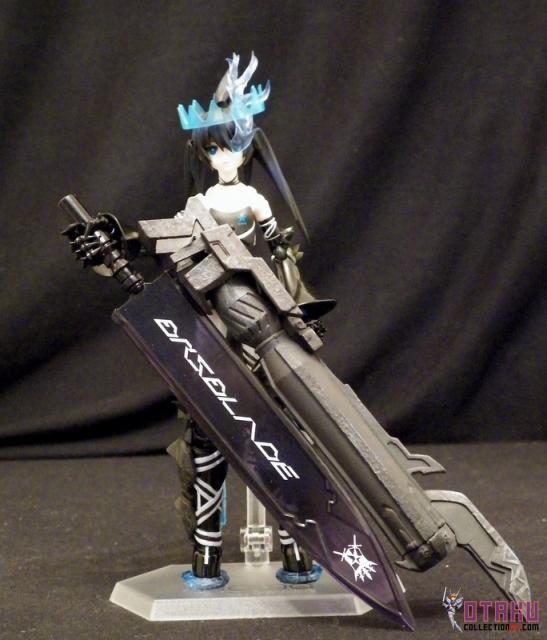 It’s as big as the damn cannon - a cannon that is so large it requires it’s own stand.

You can tell it best in that shot, by the way, that the sword is translucent. Three’s writing on both sides, so sometimes you get a little ghost lettering on each side. It’s pretty nifty.

She also comes with a gun. 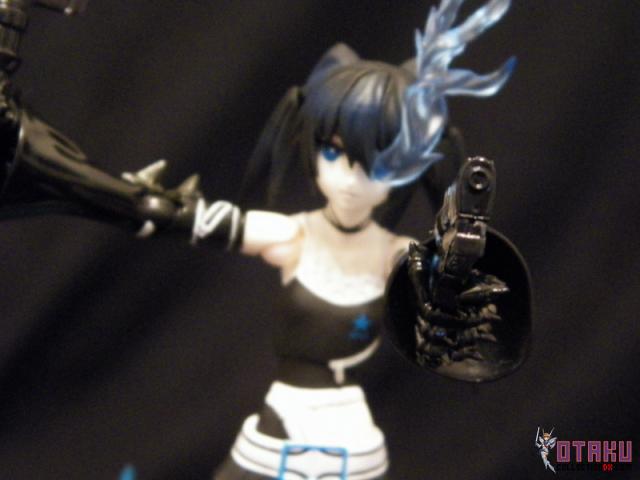 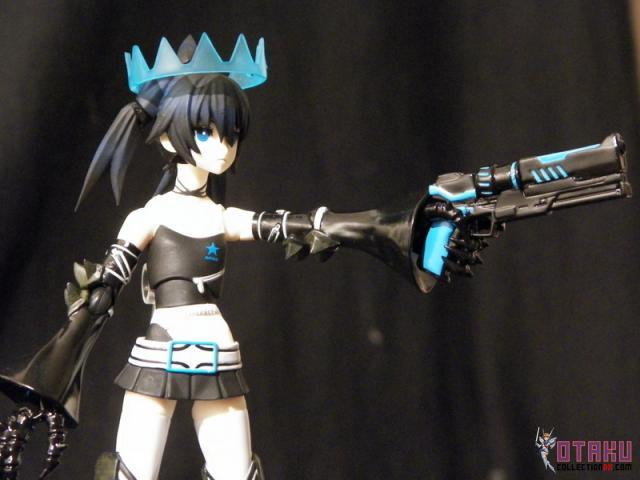 She can hold both at once: 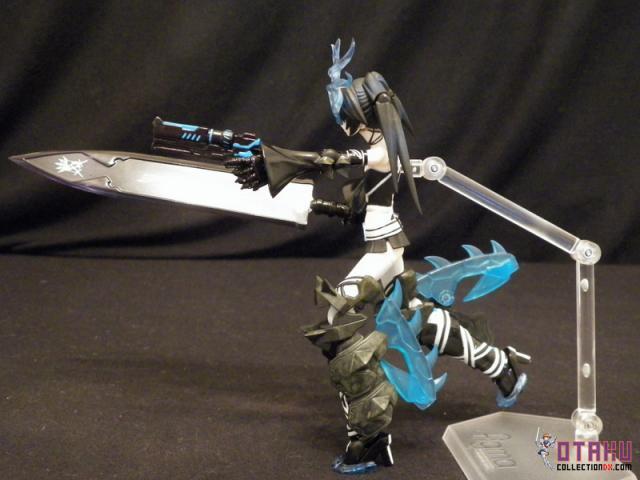 The sword, as you can see, doesn’t need its own stand. She can hold it up pretty well. 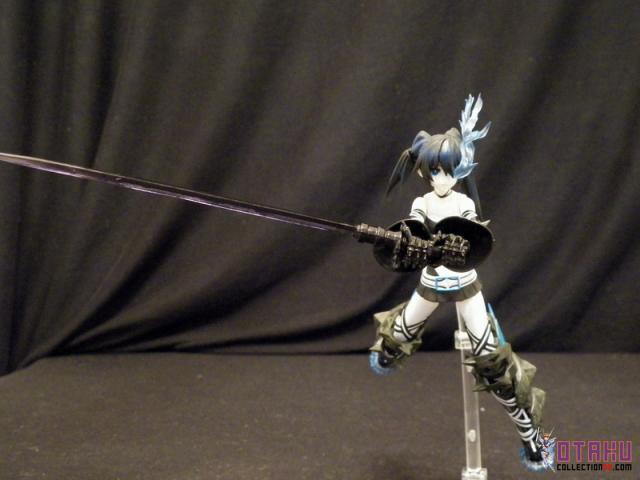 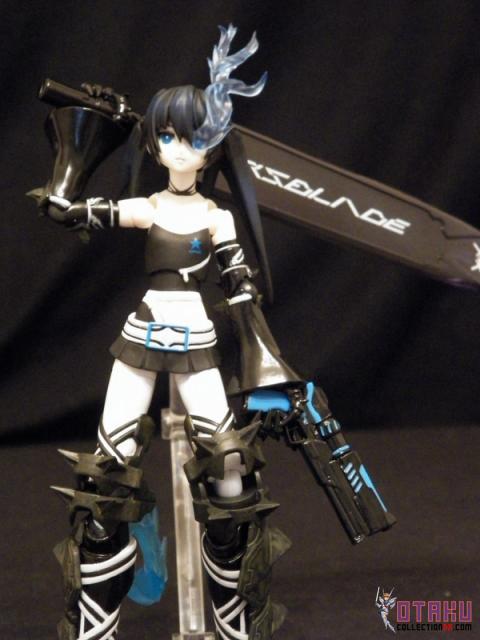 Let’s throw my game BRS figma in the mix, shall we? 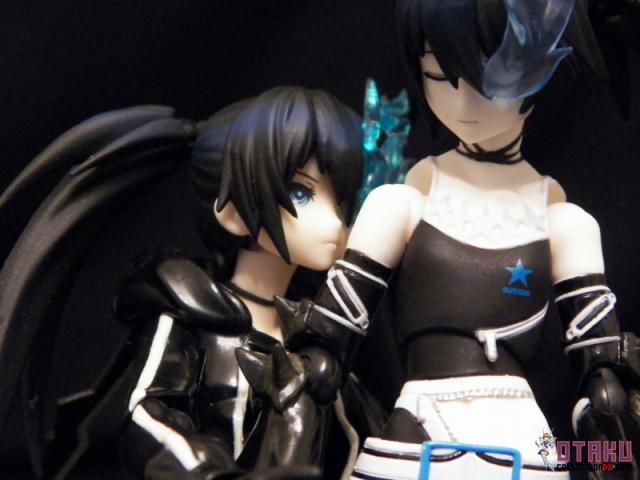 See what I mean about the shoulder joints sitting too low? It’s all I can see when I look at this pic. 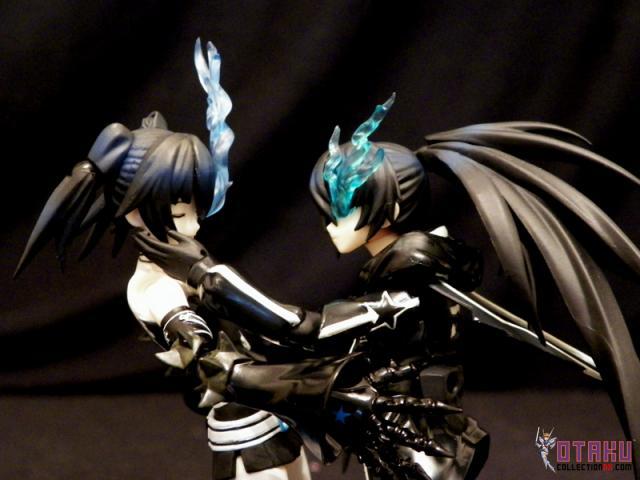 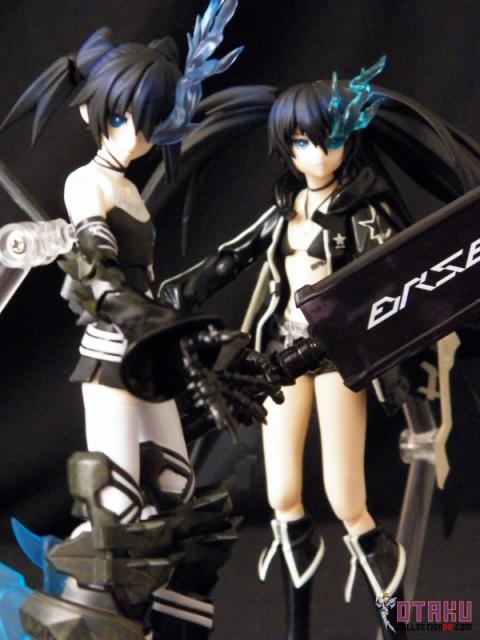 Overall, I think BRS Beast is wonderful. Her flaw are slight and easily maneuvered around. She’s lovely to look at, easy to play with, and between the sleeping face and the sculpt on the flame, just a superior figure.