If there’s anything that sets me into a total fangirl frenzy right now, it’s “Tiger & Bunny.” It may have come out last year, but I still think it’s one of the strongest shows of the last few years - and with all the figurines pouring in now and the Viz dub on the way, “Tiger & Bunny” has a lot of fame still to come. Thank God.

What does that mean for us? More “T&B” toy reviews, naturally! Th hero of the day is Barnaby Brooks Jr - AKA Bunny - himself. He has more in common with Bruce Wayne than most anime characters, and for that, we love him. 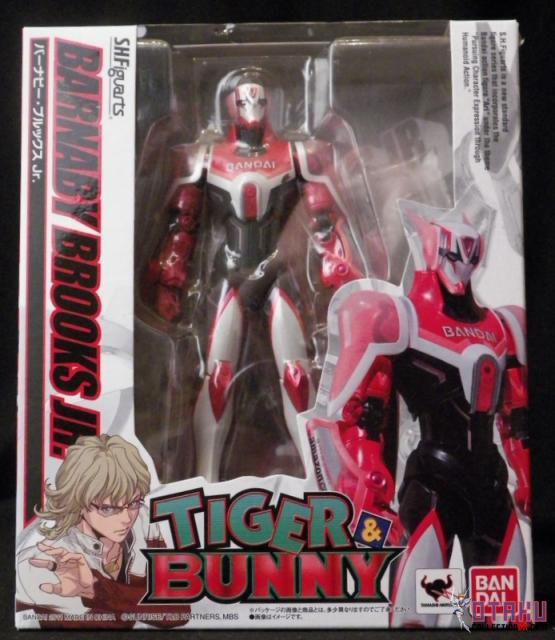 And here’s the case. 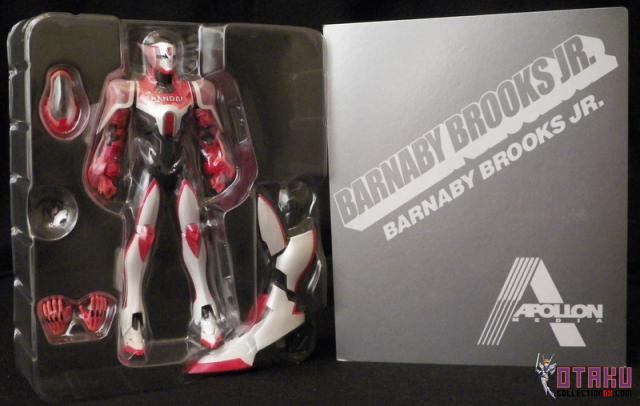 Take note of the GIANT FRIGGING FOOT. That will come into play later.

And here he is out of the box!

As you can see, like Rock Bison (and unlike Sky High), he can stand on his own. That’s good news for those - like me - who dislike bases.

What of that base? 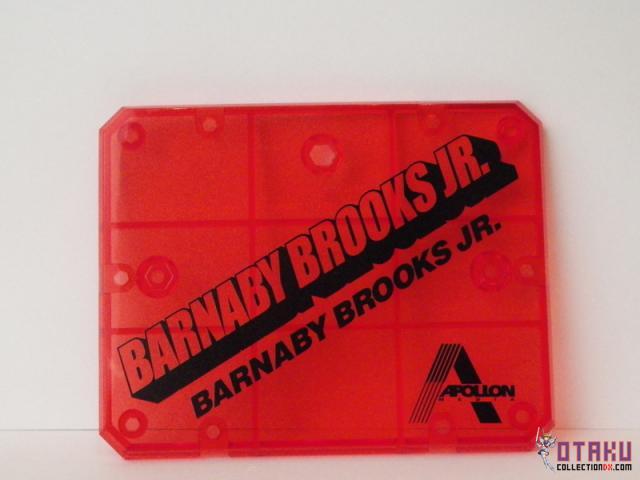 Quite the eyesore, isn’t it? The “T&B” SH Figuarts come with rather brightly colored bases, which makes them loud and always in focus. Just try to ignore that thing; go on, I dare you.

Let’s get back to Bunny. Here he is from behind:

Several things here: You can see his “bunny ears” here - those things are hella pointy. I stabbed myself several times with them. Bunny was the first of my Heroes to get blooded. Second, his little wings - they sport some pretty amazing motion. Third, his, uh, codpiece. It looks a little obscene from this view.

Let’s take each of those features one-by-one, shall we? 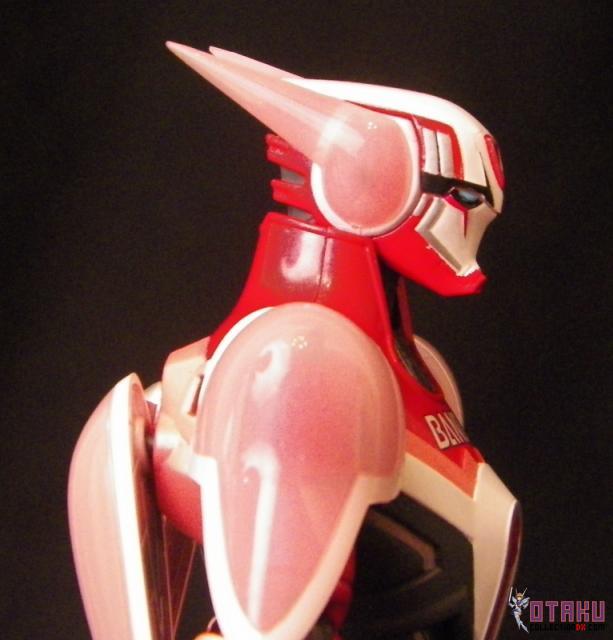 Those bunny ears are adorable! They look a little less pointy from this angle, but don’t be fooled. 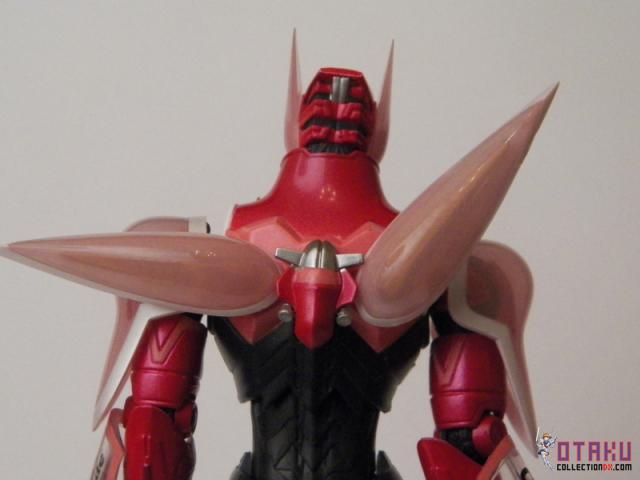 I like to call this picture “Telling time with Burnaby.” His wings rotate completely, like clock hands. Pretty cool. 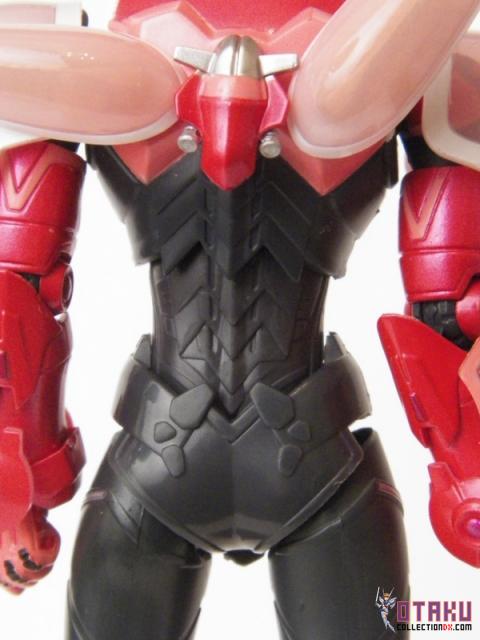 The sculpt on his back is fantastic. He has good articulation in his hips, but it’s the plating on the spine that’s seriously awesome. You can tell here, as well, that the codpiece isn’t as smutty-looking as the first pic made it seem.

Let’s go back to the front: 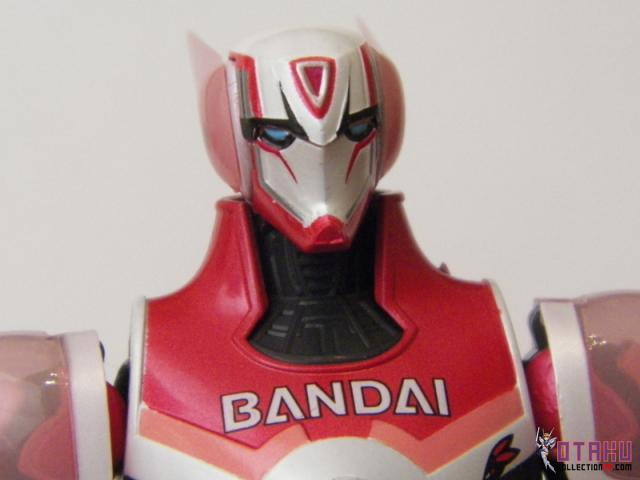 A close-up of the face and logo. The sculpt and paint job are superb. You can see a wee scratch on the logo, but it’s not distracting. 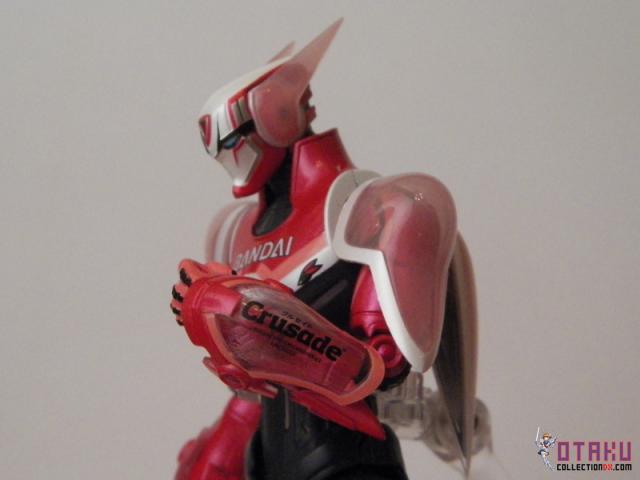 He comes with a matching set of Crusade arm pieces, but for those who prefer something different, there’s this: 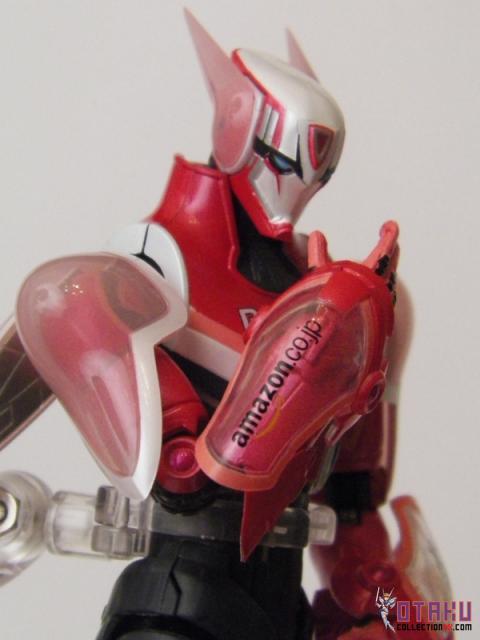 The arm pieces are fairly easy to change out.

That, however, is not true for the main accessory, the giant force perspective leg. 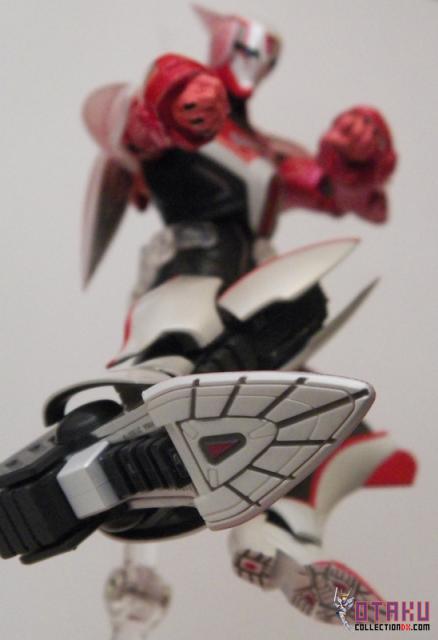 For a little bit of kick in the face action, here’s Bunny’s giant leg. To pop this sucker on, you need to take off Bunny’s leg at the correct joint. More than likely, what will happen when you try to remove the leg is that his entire leg will pop off at the hip, forcing you to enter this ridiculous and frustrating war wherein you attempt to remove the leg from the proper joint, fail, try again, fail, try again… And so forth. You get the picture. IT’S ANOYING. 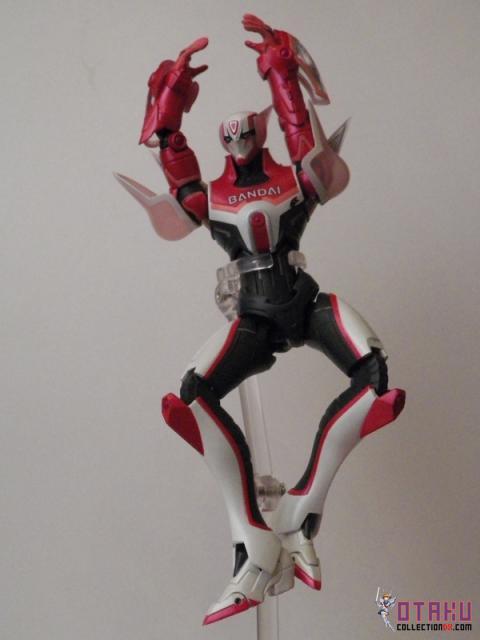 Yeah, that one was just to amuse me. I took a similar one of Sky High. 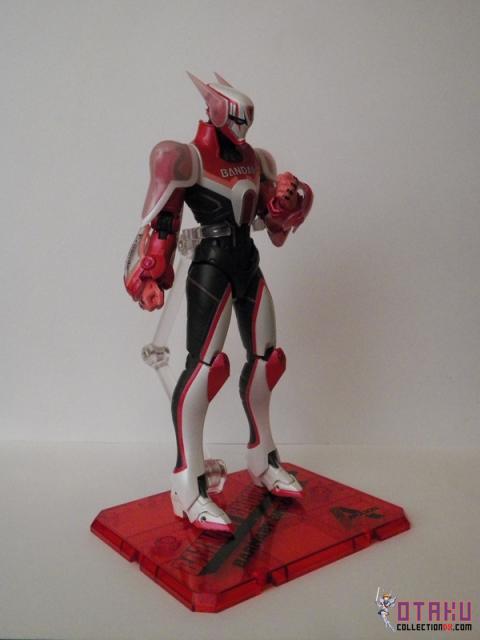 I am vengeance. I am the night. I am… BURNABY.

Check the stand on this shot, BTW. You can see it wrap around the waist, like this: 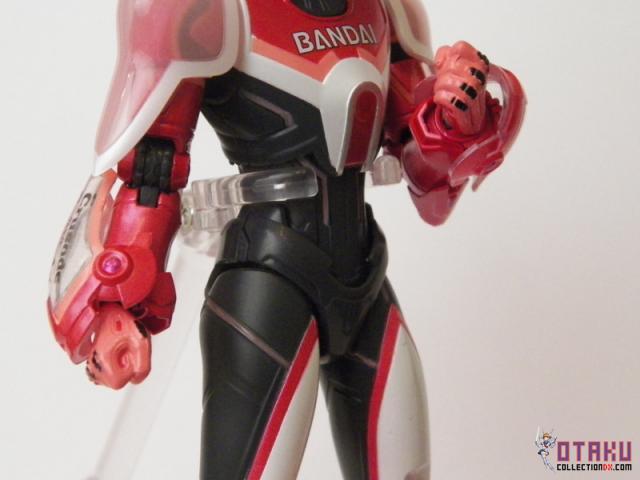 If you have more than one of the heroes, you can do this: 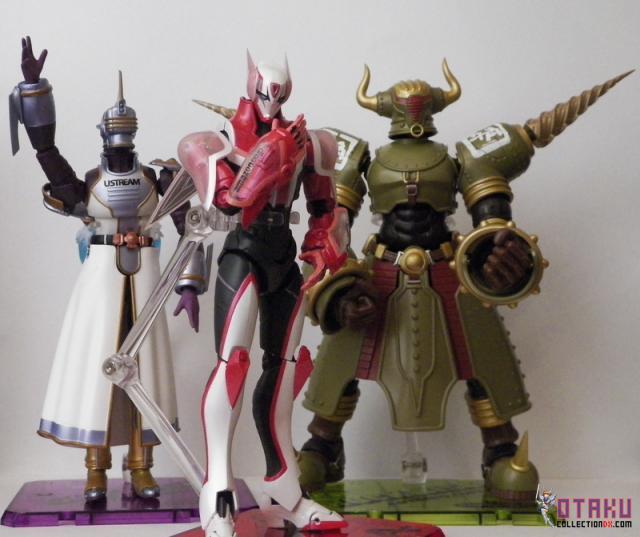 All in all, a fairly cool figure, if not one that requires some patience and bandages for stabbed fingers. As a massive “T&B” fan, I feel it’s my duty to collect these figures, so a little irritation is a small price to pay - even if at the time I was swearing a blue streak and vowing to never touch the stupid big leg again. And I probably won’t. But I’ll still display Bunny with pride, and, hopefully, his entire cadre of companions soon enough. 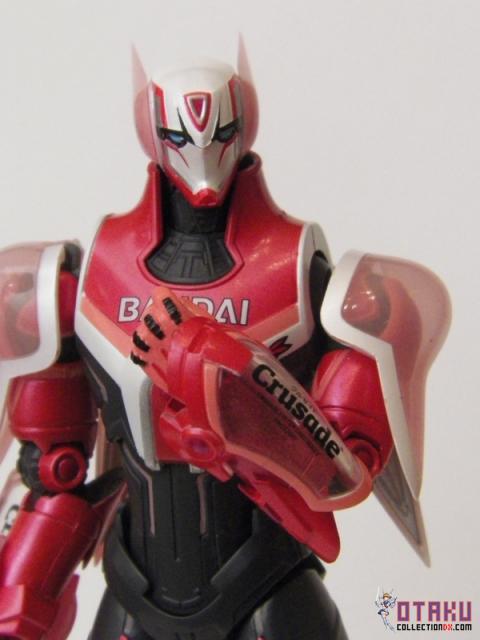