Some people know that I have built a few kits recently and customized some figures with good results. It wasn't always that way. I used to buy model kits only to destroy them with horrid paint jobs. I could achieve similar financial results by flushing my paper route money down the toilet. While shopping at my local Outer Limits, which I believe JoshB had the pleasure of visiting, I found some robot model kits which I eventually also destroyed. One came out really good, with shiny paint without fingerprints or dust particles. It was a Bandai Tekkman Sol kit. It was because of this that I developed a liking to this more modern looking robot.

So I forked over some hard earned money to acquire this Tamashii Exclusive Armor Plus SG Sol Tekkaman 2 set. Because it was an exclusive, I had to go through a middleman service. Fast forward a few months later and it was in my possession. The only other Armor Plus I own is the Alto Saotome set. Let's see how this set compares.

Like most Tamashii Web Exclusives, it comes in a simple brown cardboard box. Inside is the actual colored, glossy box. 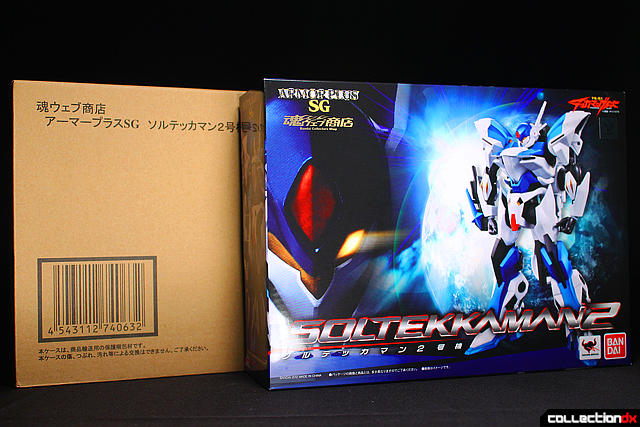 Removing the contents reveals that this set comes in the usual plastic clamshell tray. Everything is laid out neatly and efficiently. 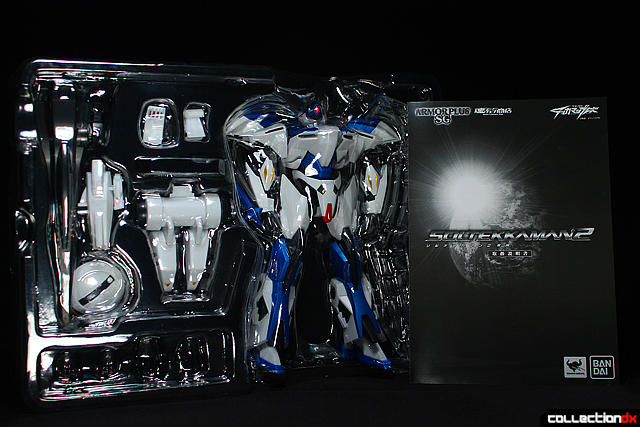 Straight out of the box, it is a rather handsome figure with excellent detail and sculpting. 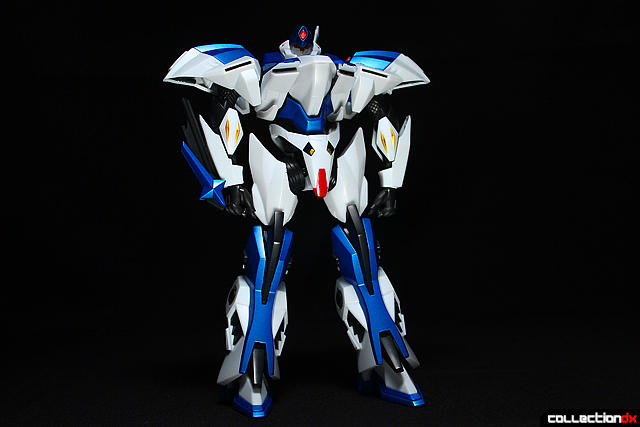 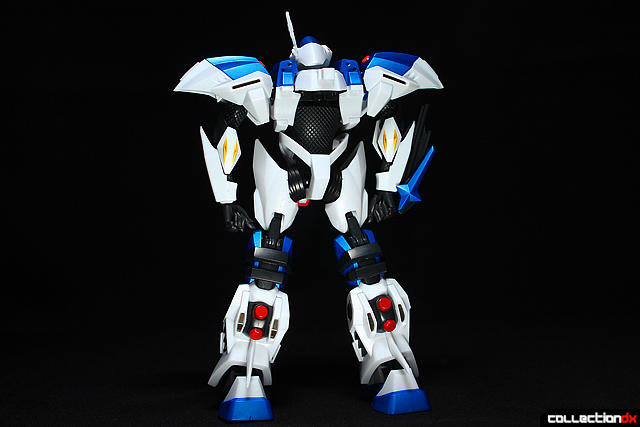 Although he has lots of articulation, I was unable to get a really dynamic pose without resorting to using a stand which I don't have and is not included. Which reminds me, I need to invest in one of those. 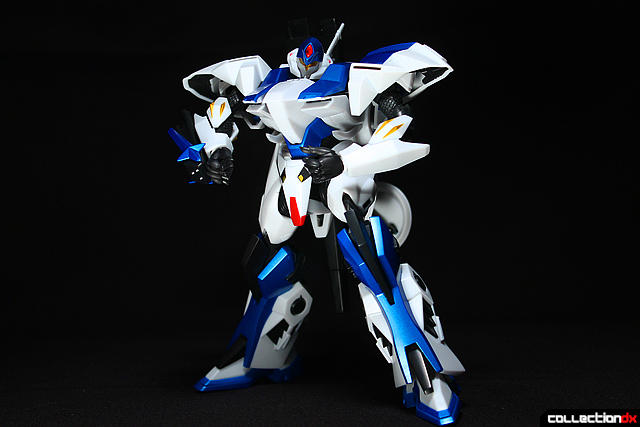 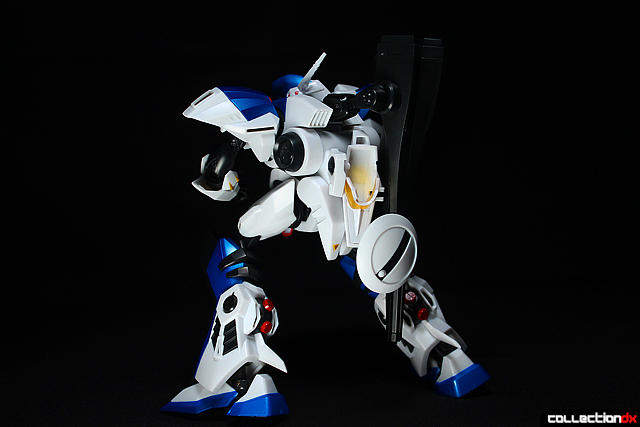 His backpack has a part that extends out to one side and snaps neatly back in. 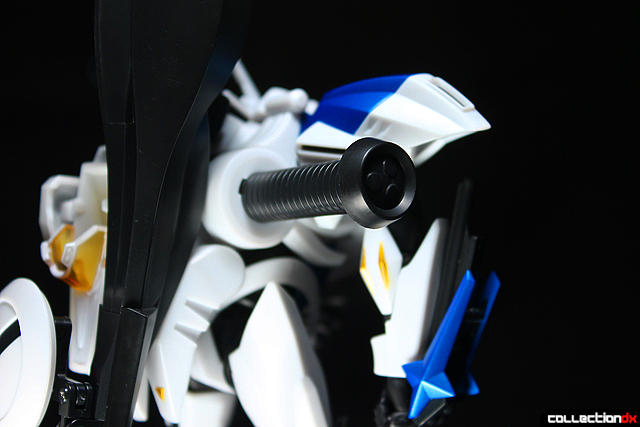 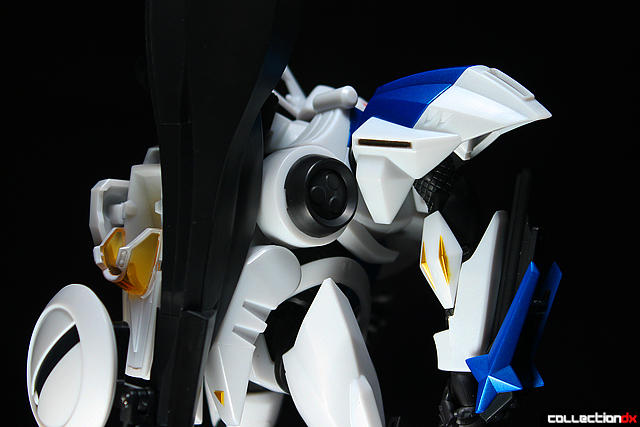 His gauntlet comes off and attaches to his weapon, which swivels to the front when in use. 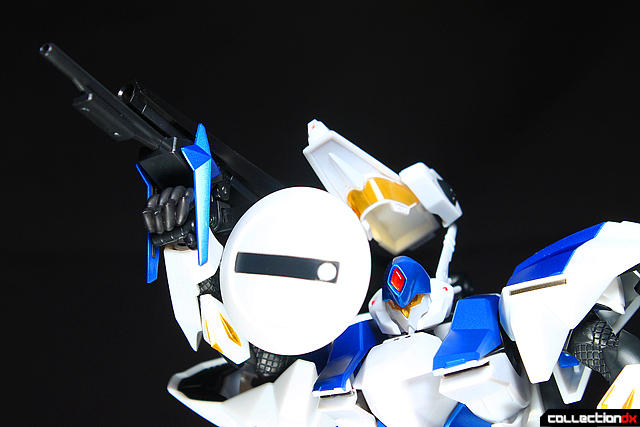 His weapon has a small helmeted visor, which fits neatly over his head, and a smallish shield that extends out from the front of the weapon. 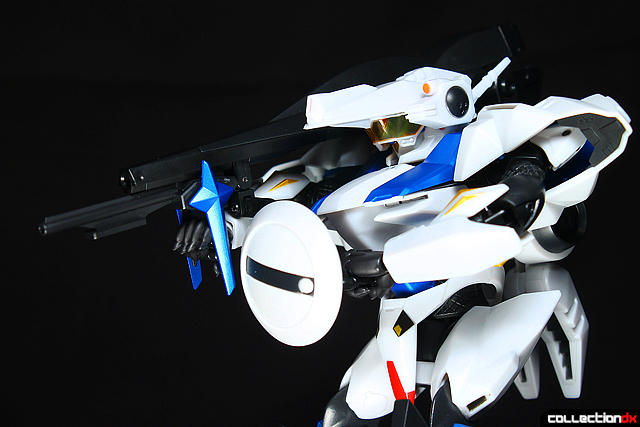 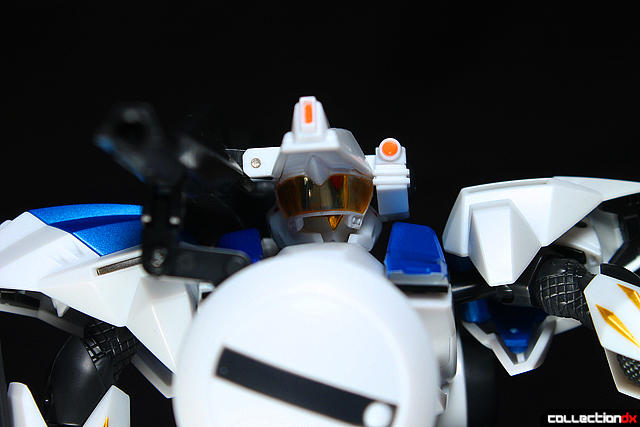 Here is the rear view when the weapon is in place. 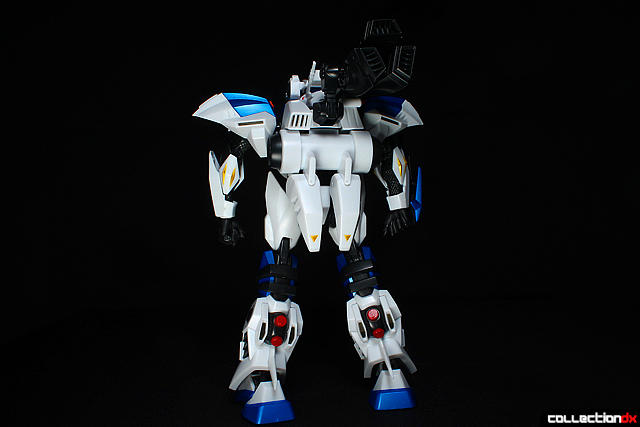 After having handled the toy a bit, I honestly don't feel anything for the toy. Don't get me wrong, it's high quality, it has diecast joints, and is a nice representation of the character. It's just that it's nothing new and nothing really grabs me about it. Maybe it's the design which I find too modern and busy for my tastes, or my lack of having watched the series enough to develop an attachment. I can't quite put my finger on it. I think the biggest complaint for fans of Tekkaman and the Armor Plus series is that this Armor Plus release doesn't have removable armor. Although it's not a big deal to me, I am sure it will be for some. 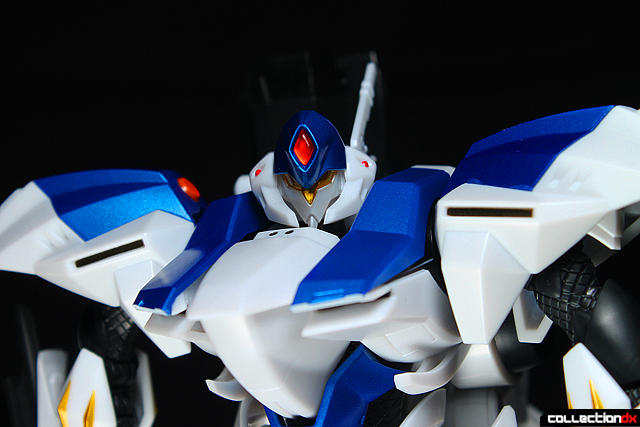 I believe the deal with Armor Plus SG was to sidestep some of the difficulties in making Sol Tekkaman look like it could fit on an anime style human character when its proportions are even more exaggerated by default. For those who don't know, the Sol Tekkaman is basically a powered suit like Iron Man and not a "henshin hero" style character. The Armor Plus Tekkaman Blade itself doesn't even have a regular D-boy human figure inside, just the intermediate stage from the stock footage. It's not like Alto or the Samurai Troopers figures where there's clearly person wearing the armor.

That and for Japanese buyer it was a "cheaper" way of filling out their Tekkaman Blade collection without the added cost of the armoring gimmick. It's kind of like how CM's Brave Gokin Patlabor toys were supplemented with their PVC action figures and static vinyls.

Thanks, I myself didnt mind at all the lack of removable armor, but I have read many complaints about it being an issue. I appreciate your additional info on this. Even though the comparison to how CM supplemented their gokin figures with PVC figures and vinyls is valid, some of that CMs stuff was horrid! However in this case it is a wonderful high quality figure that should please most fans

Did the green one ever come out?

i think the main complaint is that the armor plus line was all about removeable armor in the first place and now every single relase (aside from the ronin warriors) have no removable armor. So I think we are being cheated when you are expeciting the gimmick that the line was made for. Not to mention the price didnt go down that much but not having removable armor either and the diecast content is way down (basically we are getting shfiguarts under the AP moniker) and this figure has 0 diecast if im not mistaken.
On the plus side, not having the armor makes for a much more solid toy. Tekkaman and evil were a pain due to thier armor (more so that it was diecast armor that weighed it down). It limited movement and also parts part popped off when handiling all the time,,,,,,, and dont get me started on the forearm pieces which were absoloute hell to apply.

I for one dont mind the loss of the gimmick but hell change the name of the line (is that what the "SG" is for now??) and bring the price down not leave it the same.