While plenty of things are new to the Mega Man X series, some are old hat too. Mega Man has a brother, Proto Man, and a sister, Roll. Both are mostly red in color, and Roll has long blonde hair. Those two details are part of what influenced the design of Zero, another reploid working as a Maverick hunter alongside X in the war against the forces of Sigma. 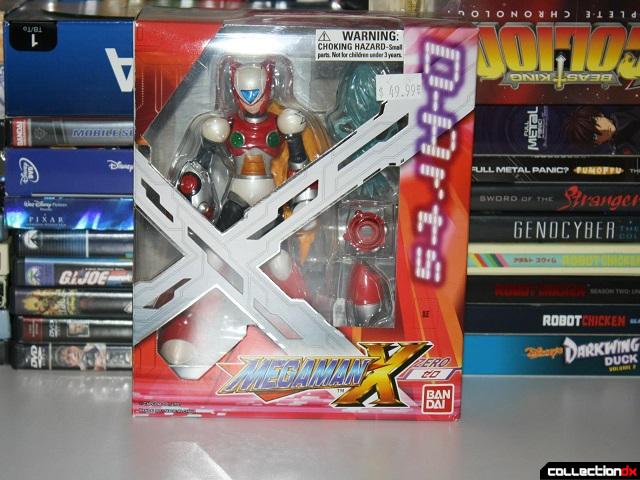 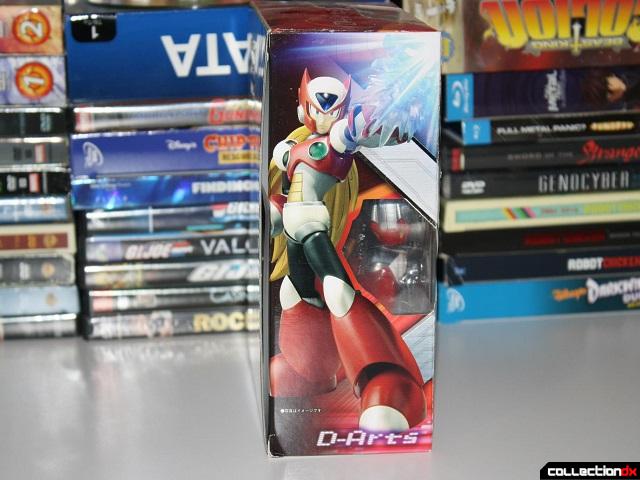 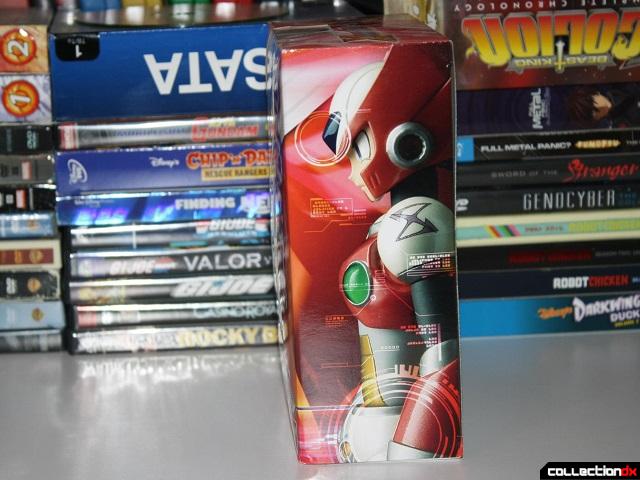 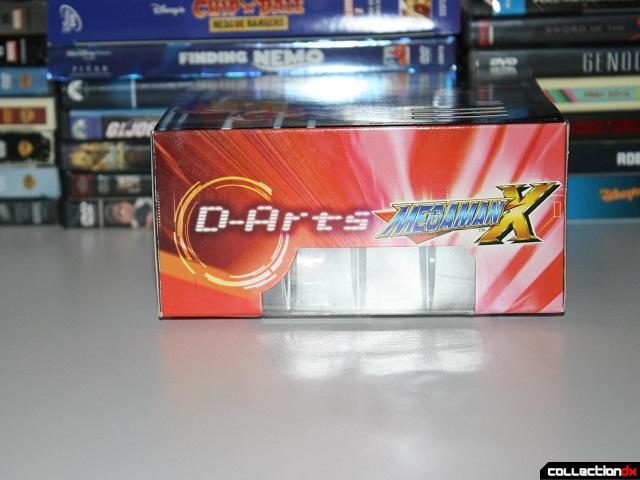 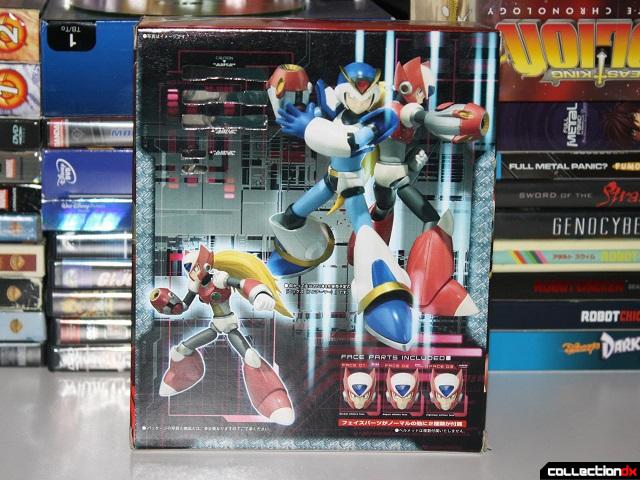 Like X before him, Zero continues a trend of slick packaging that looks really good from any side. 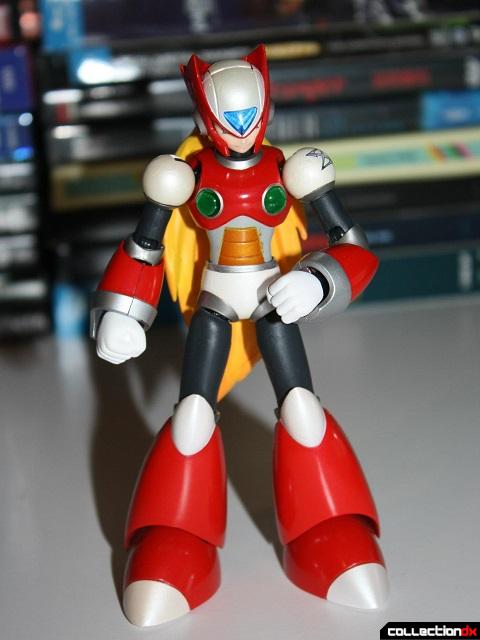 Am I the only person who thought Zero was a chick at first? I got my SNES copy of MMX used, so I never had the manual. His sprites are just ambiguous enough, he has long hair, and no pronouns were ever used to describe him in the first game. 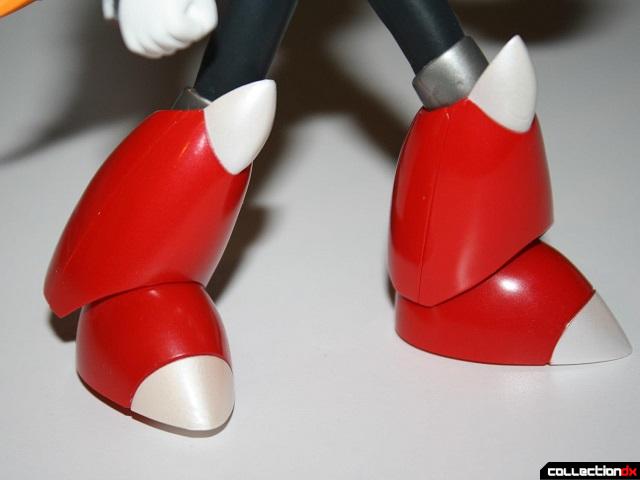 At a quick glance, it might seem like there's a lot of shared parts between X and him, but that isn't the case. 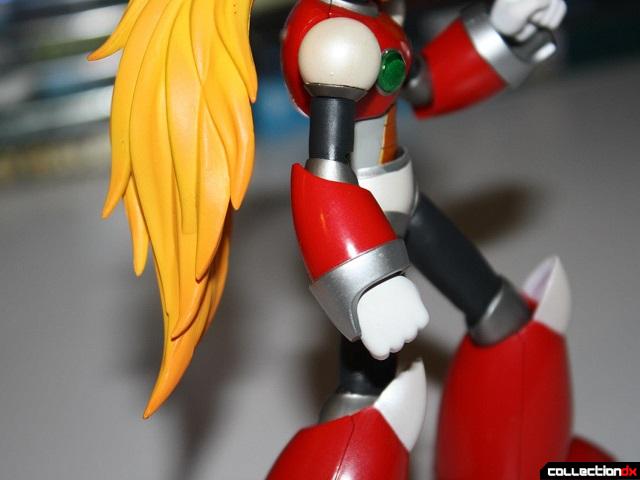 Amazing articulation is one of many similarities, but there lots of differences too. Speaking of, Zero's actually better than X in that department. I can't quite explain it, but it's like his joints are less...floaty. So he holds poses better as you move him around. 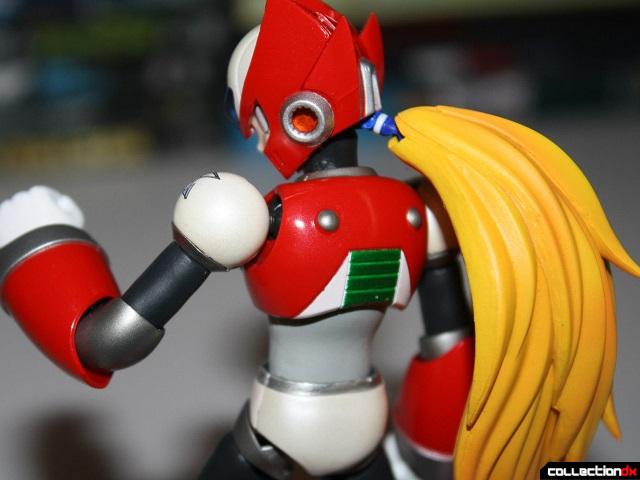 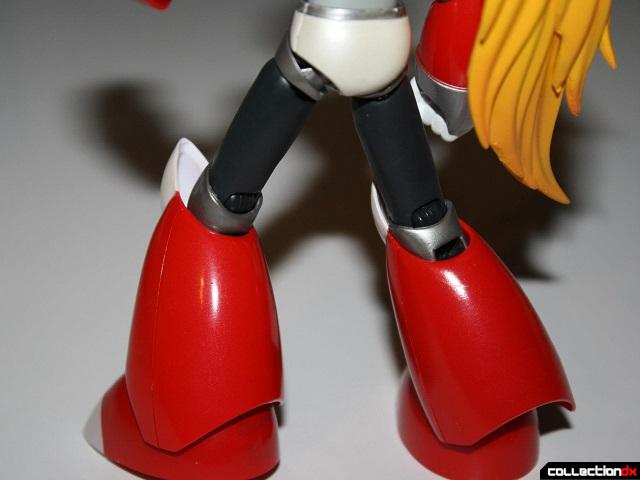 Besides a different shape at the edges of the armor on his forearms and forelegs, Zero limbs are slightly longer at every turn, making him a little taller than X. 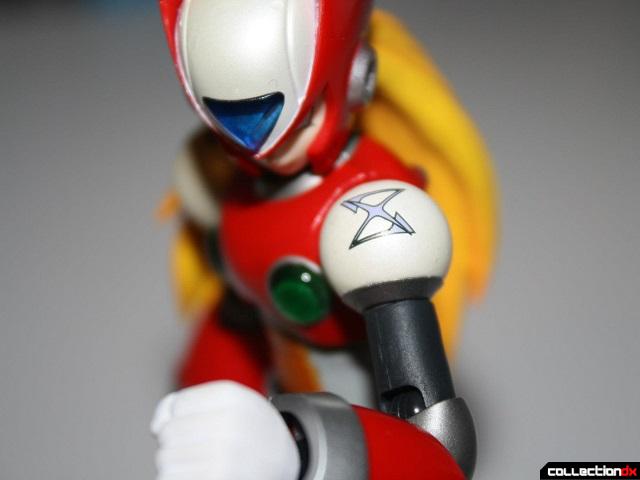 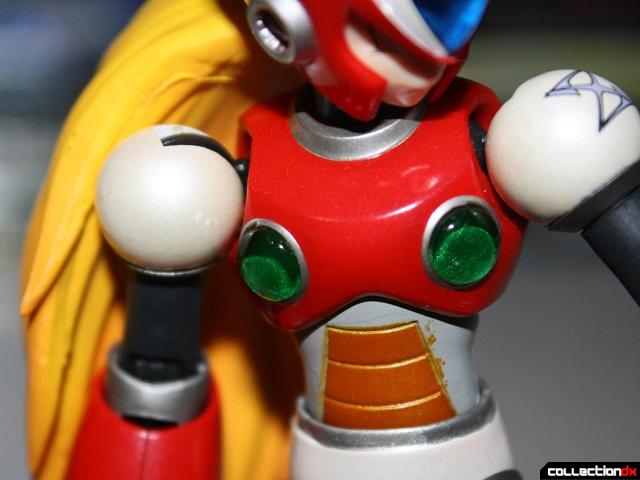 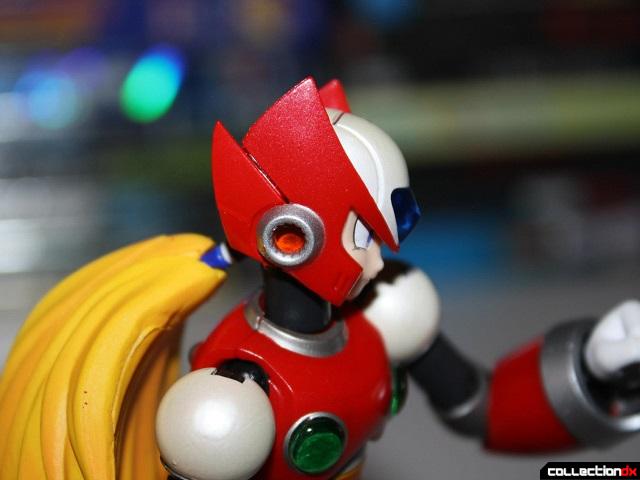 It's also noteworthy how Zero changes throughout the series. He has this body for the first game only, and switches to a different design starting in X2, which is the Type 2 figure. Here, he still has smooth, round shoulders, and a rounder chest and back plate. 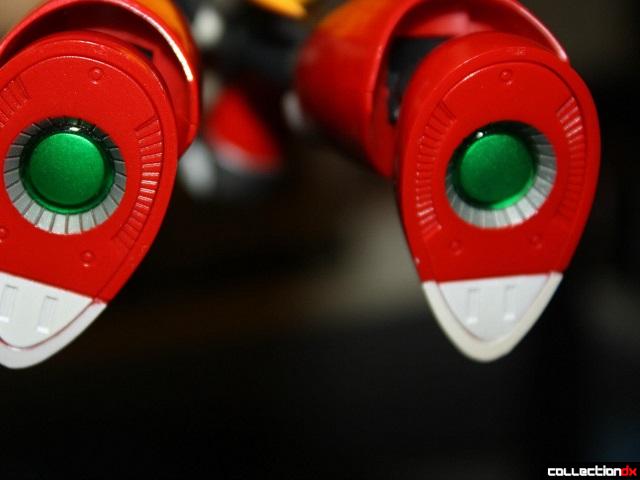 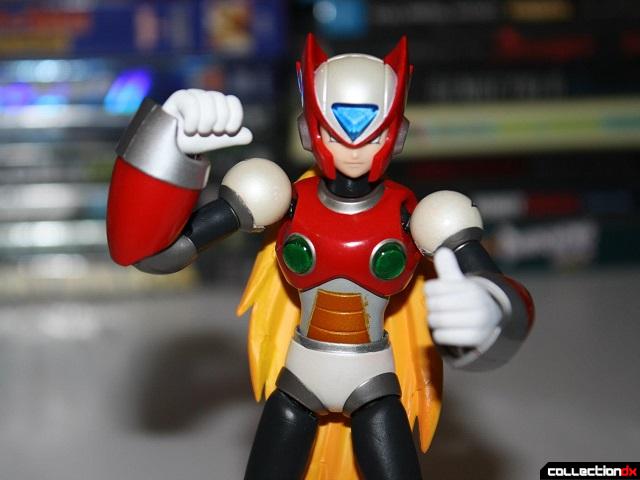 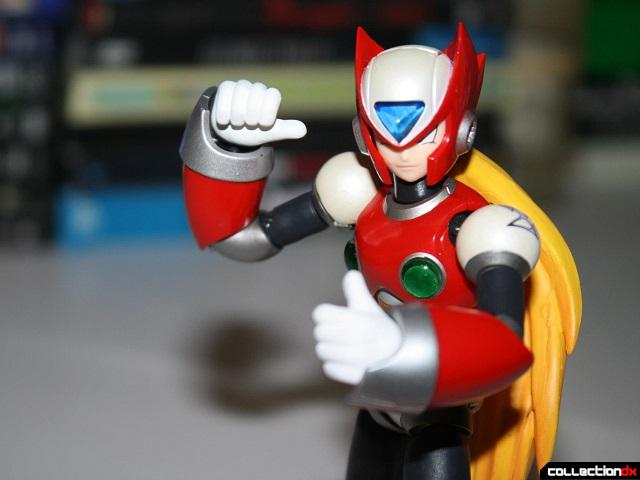 Zero's victory pose is turning his back towards the player, looking over his shoulder, thumbs up, which is something you don't really see much of till X4. I guess the designers decided to give him these alternate hands anyways, just to make him that much more different from X. 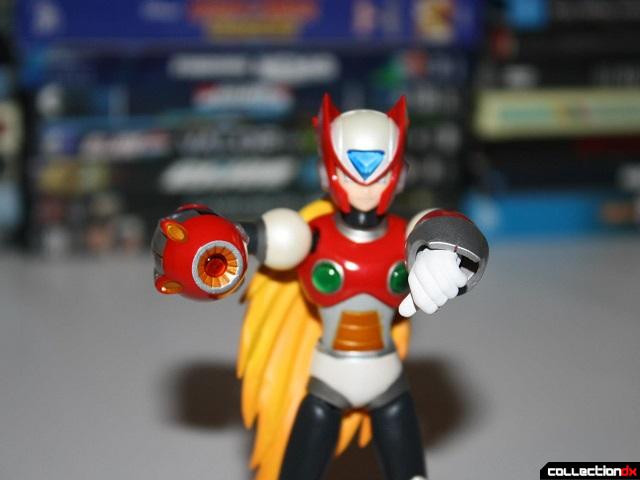 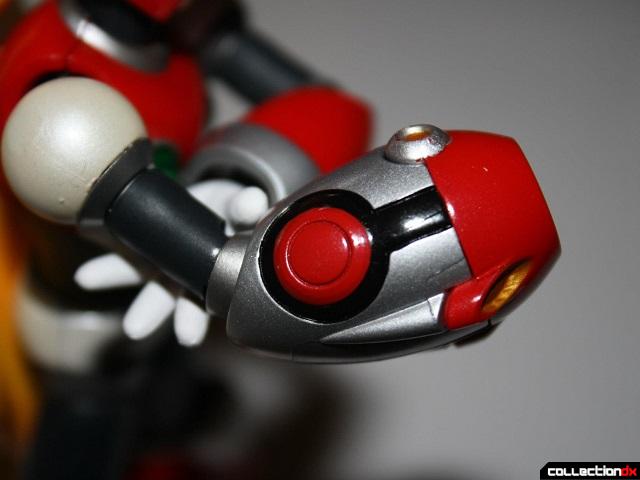 Zero is famous for being a swordsman, but before he picked up his Z saber, he had this arm cannon similar to X. It looks a lot like the X-Buster after X has equipped the arm armor. 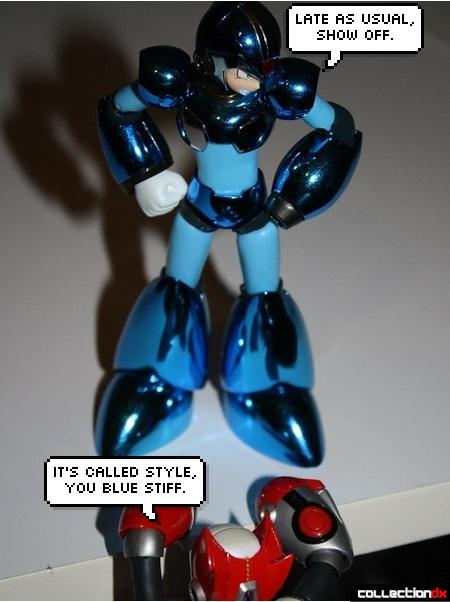 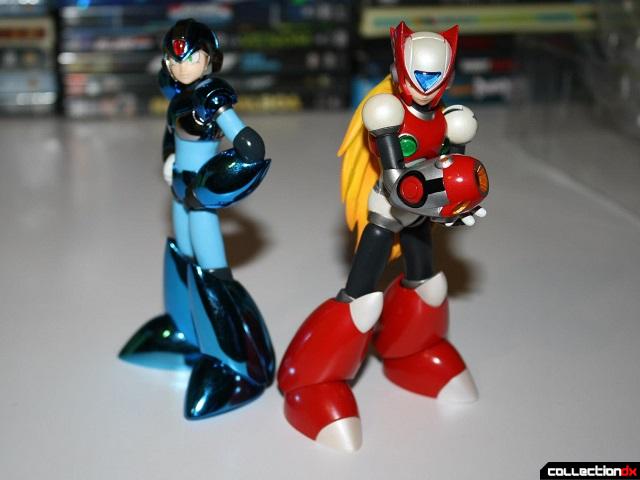 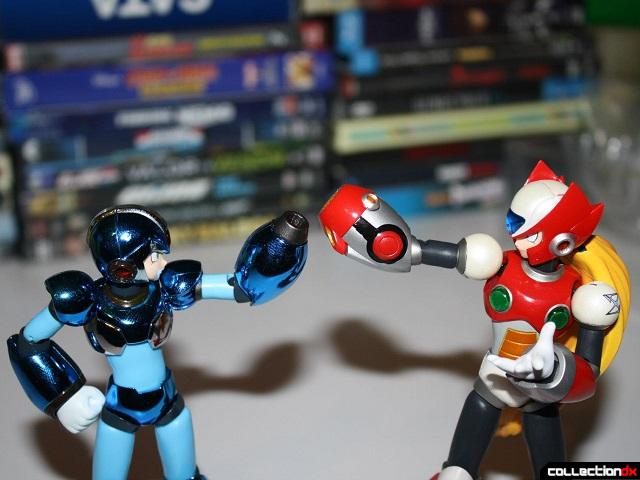 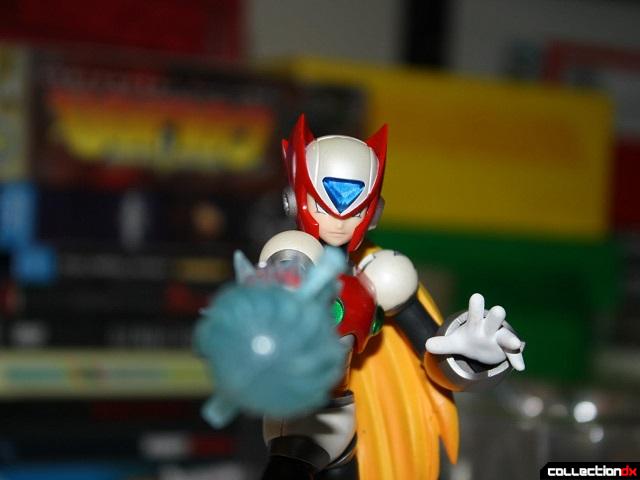 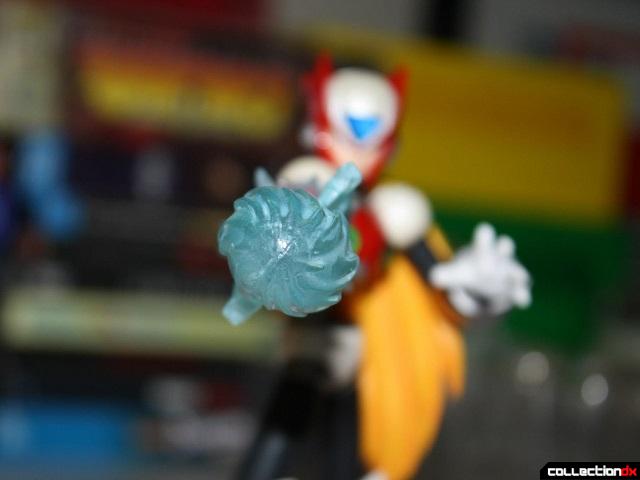 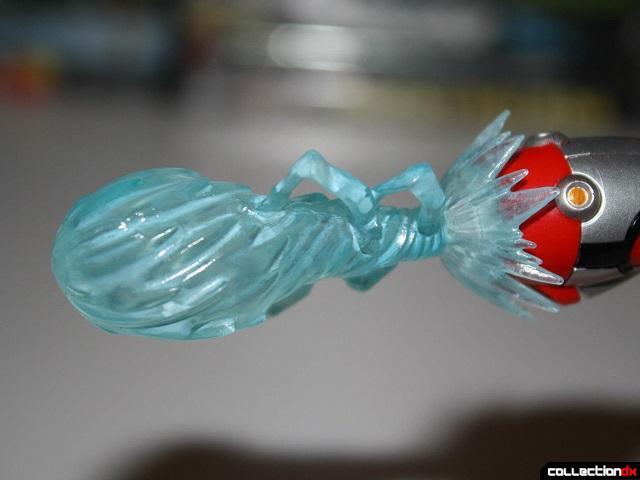 He also gets an effect part for his cannon, though just one. At full power, a shot from Zero's cannon looks like a low-powered blast from the X-Buster. But it was still powerful enough to blow an arm off of Vile's ride armor at the beginning of the game, when X couldn't even dent it. 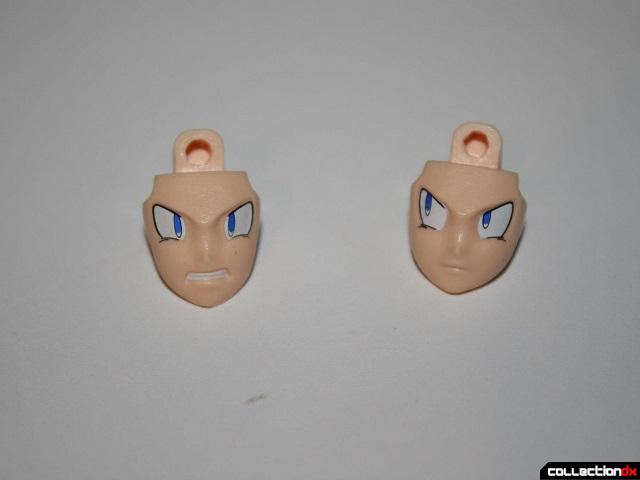 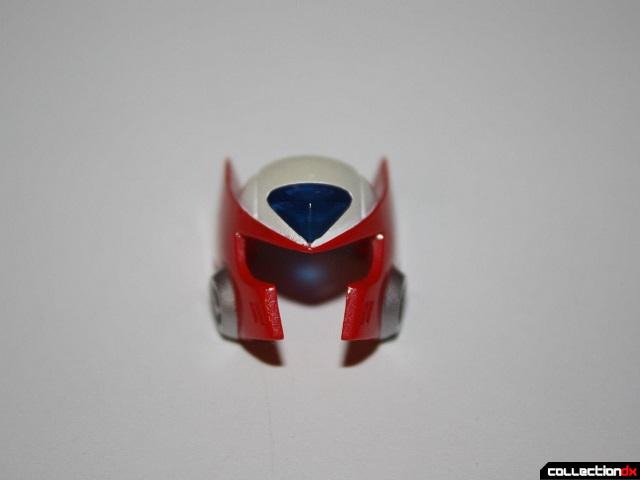 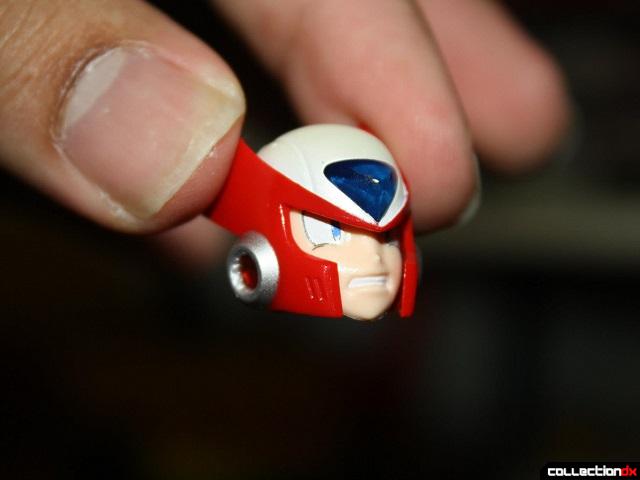 The face swapping gimmick is still in place. X somehow has a more childish face, but Zero's looks more adult. His expressions in turn are more interesting to me. 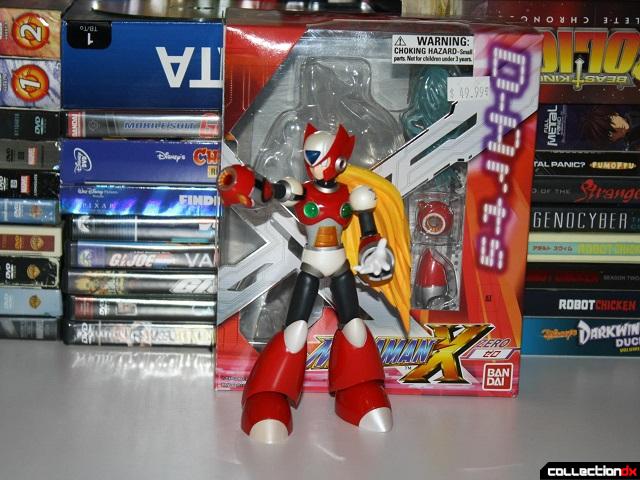 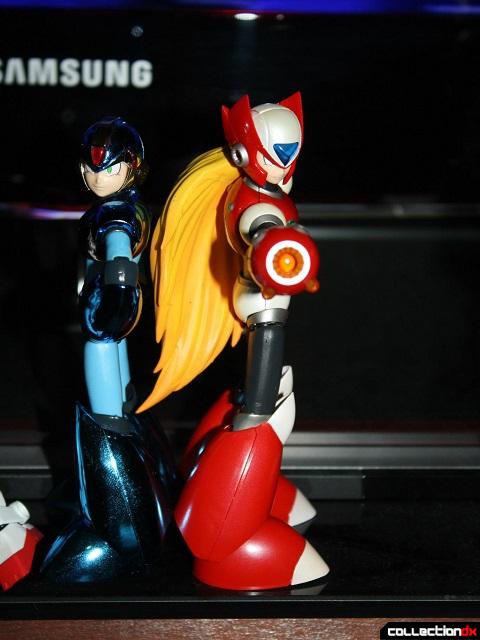 It's no random thing that X and Zero have the names they do. "Zero" in Japanese culture has a masterful aura associated with it, going back to World War II and the Zero fighter plane. "X" on the other hand denotes great potential for good or bad things to happen. So Zero is the masterful influence on X that helps steer him towards his true potential.

I'm more of an X guy myself, but Zero is pretty cool in his own way. He has the same issues with his forearms and hands as X, but is otherwise a good figure that compliments X very well. As of this review, he's actually the most expensive Zero, going for $70+. That's not a terrible price, but Type 2 was just reissued, and the black version is still easy to find, both running around $40 or a little less. Hardcore MMX fans probably want them all, but if you're more discerning, Type 1 here is for people who like Zero before he becomes a blade wielding fiend.