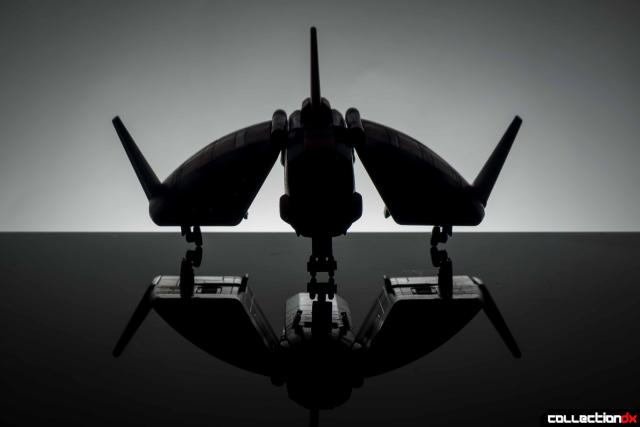 The XIG Fighter SG (Sky Gaynor) a fighter jet of the eXpanded Interceptive Guardians (XIG), a branch of G.U.A.R.D. While the previous XIG Fighter SS is the lead fighter in the show, the SGs seem to be support oriented fighters. 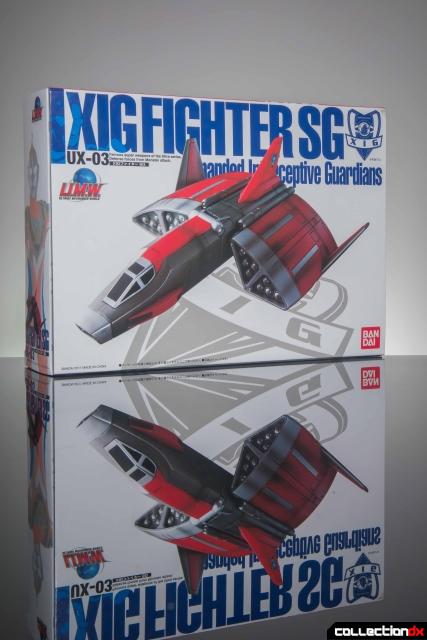 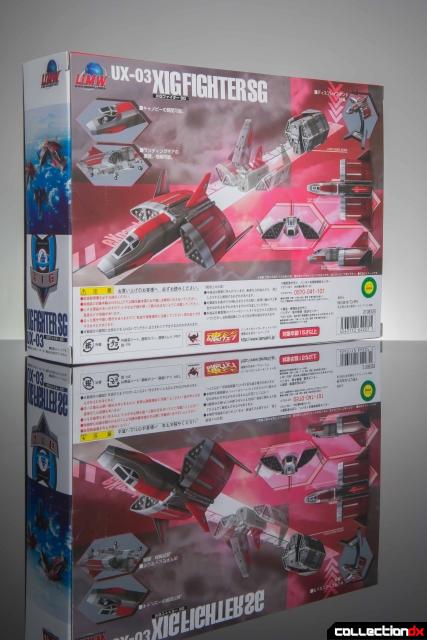 The XIG Fighter SG comes packaged in a clean window box with a magnetized flap. The contents are fairly scarce, and the plastic tray inside only contains the fighter and a missile attachment. A simple stand is included along with the instructions in a plastic bag under the try with two ratcheting joints to allow the fighter to rotate up/down and left/right. 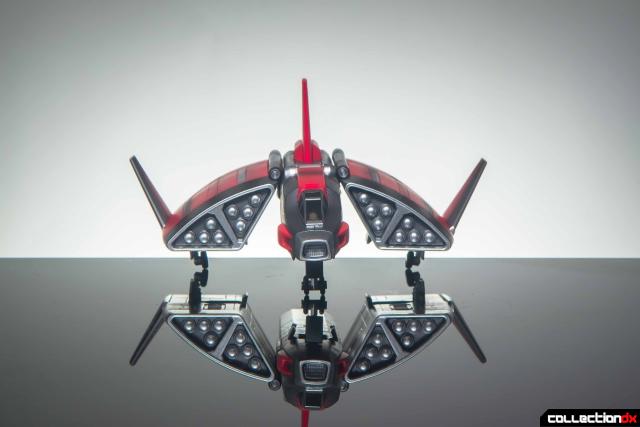 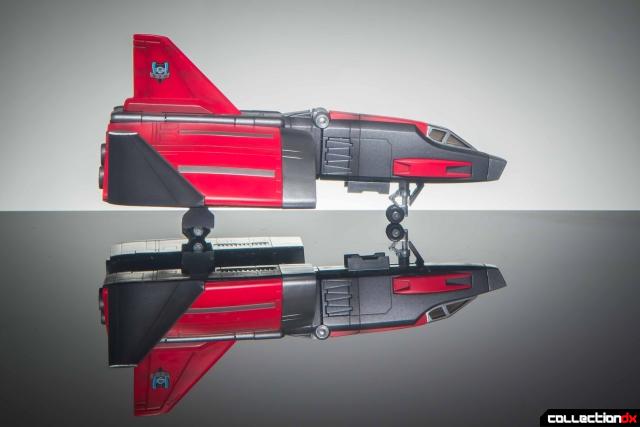 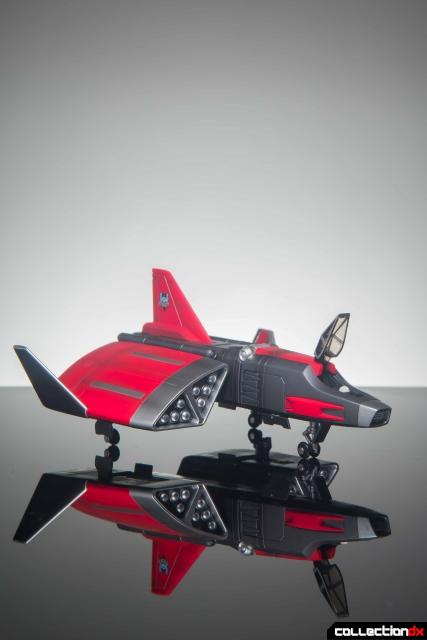 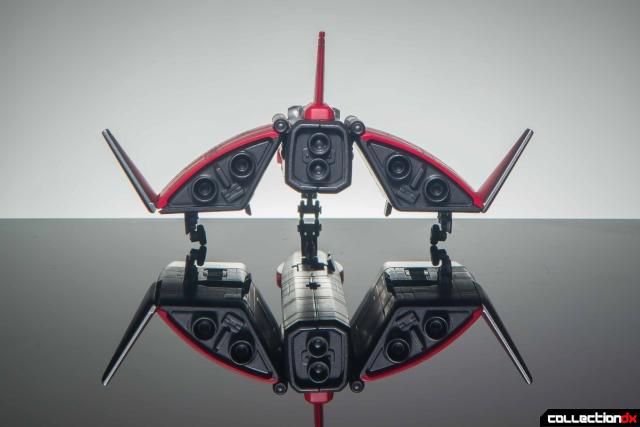 The Sky Gaylor is a red colored fighter roughly 6 inches long. There two missile bays on either side of the fighter and the cockpit opens up to reveal the pilot. Metal landing gears can also be extended from the underside of the body. 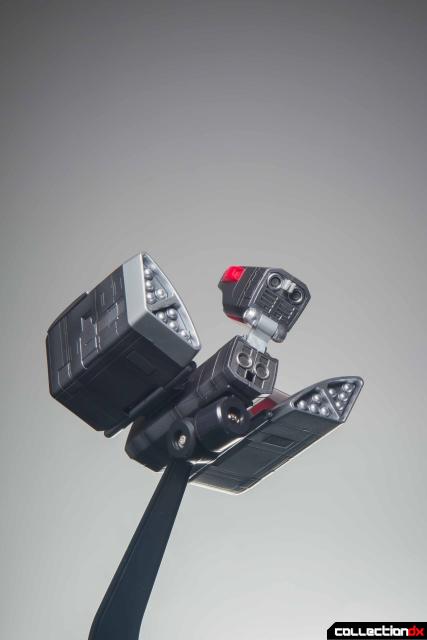 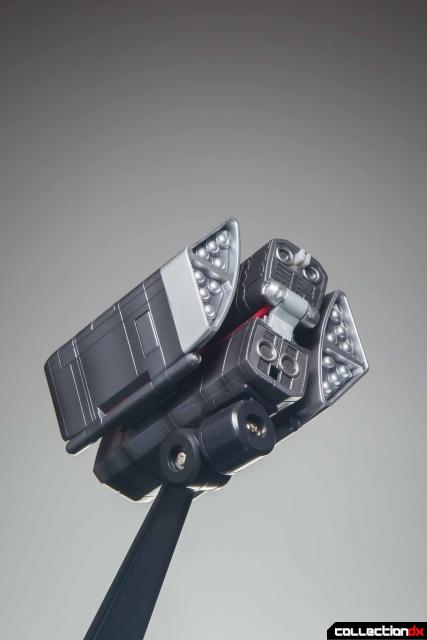 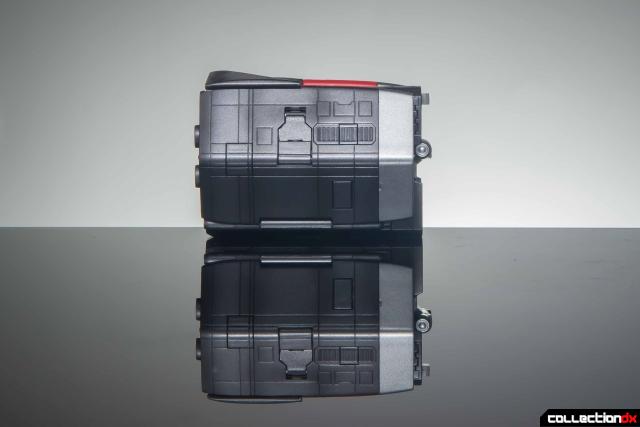 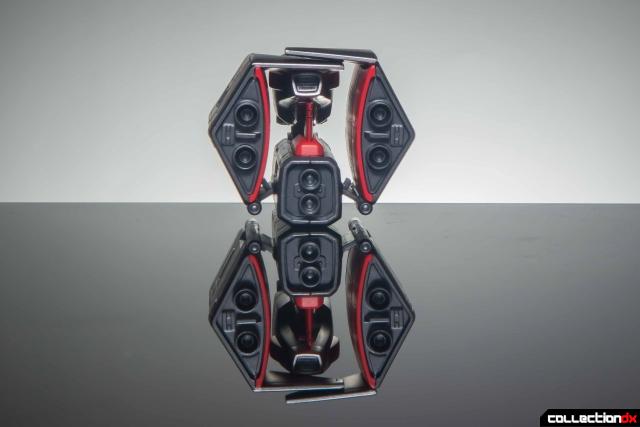 Transformation into the container is simple, with the fighter’s wings and nose folding up. sliding into the body. The little wings are also hinged allowing either one to sit under the other while keeping the top of the container flush. 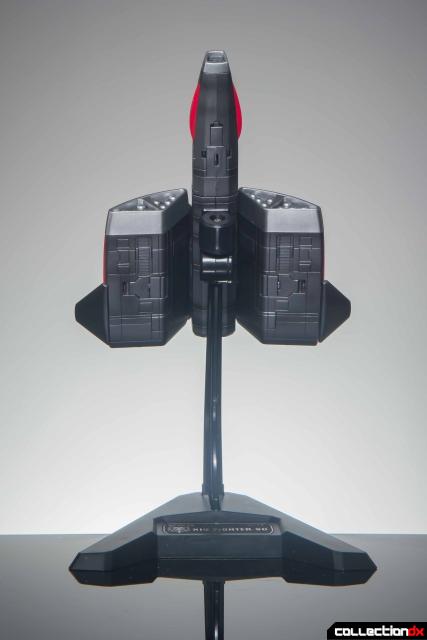 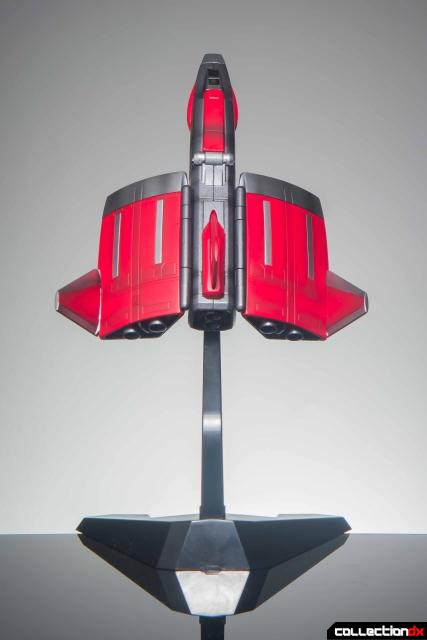 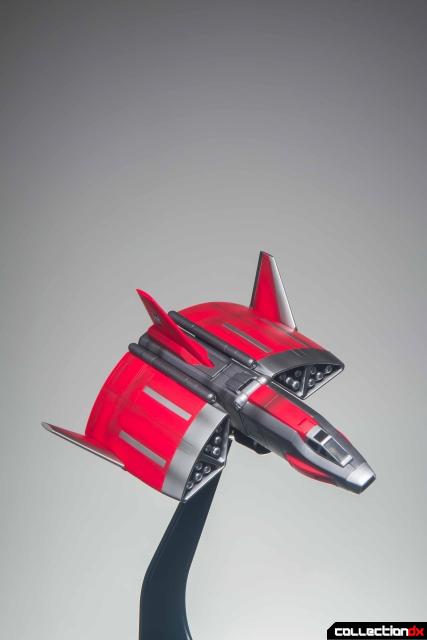 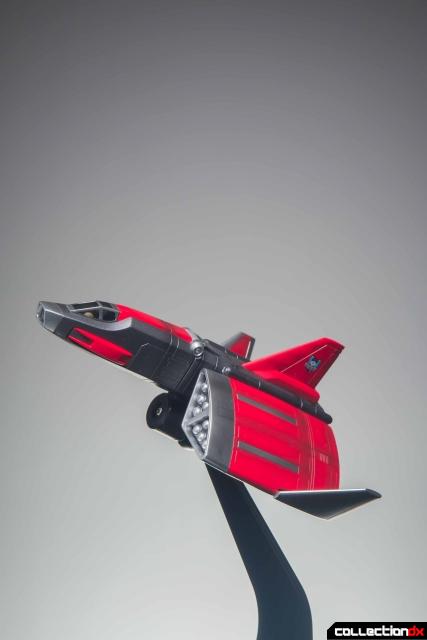 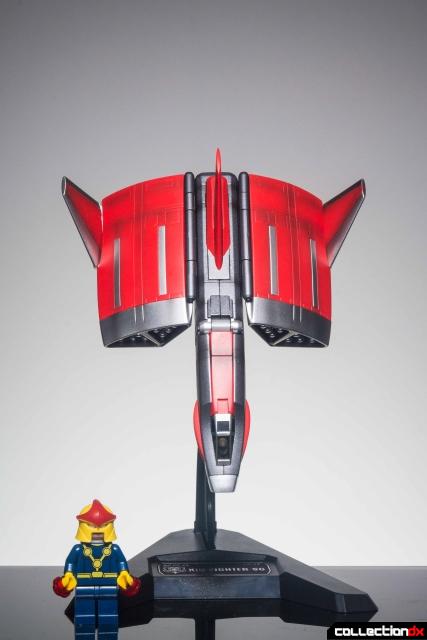 The Ultra Mechanics Work Sky Gaylor is another great entry in the UMW line and pairs well XIG Fighter SS. As mentioned previously, the 4800 Yen retail price makes these a bit overpriced though they seem to be in constant clearance at many online retailers. If you can get one for around 2000 yen, I would highly suggest picking one up. If I were to only choose one, I think the XIG Fighter SS is a bit more interesting and has more metal content in the body though you can’t go wrong with either fighter. 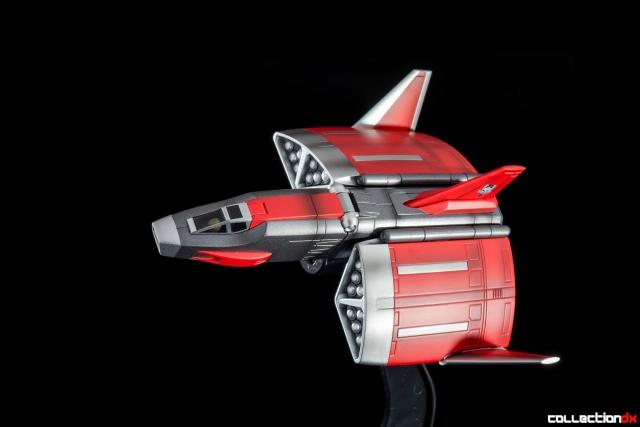 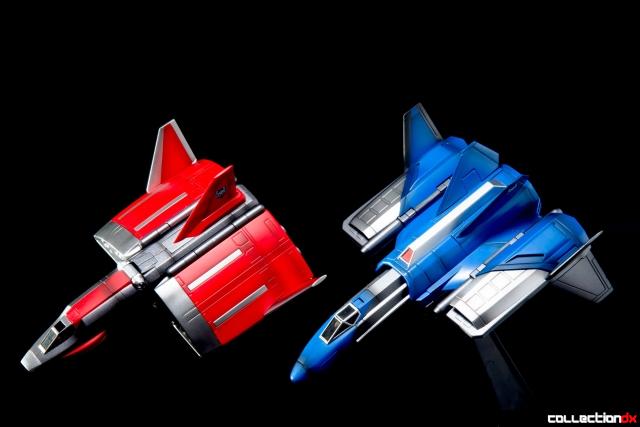