I love the fact that Bandai has been looking to the past for some of their S.H. Figuarts and Robot Spirits lineups. First we got Doraemon, and now we get another classic Anime character – Perman!

Perman was created by Fujiko Fujio, who also created Doraemon, in 1967. He was one of the original anime icons of Japanese television.

The story behind Perman is actually kind of cool. Back in the 60s, before people cared about copyright and such, Fujiko Fujio decided that Superman (Yes THAT Superman) needed apprentices. Enter the Perman – a group of kids with super powers training to be supermen. In fact, the name Perman is based on Superman, but without the “Su”.

Mitsuo Suwa becomes the first Perman – Perman No. 1. There are other Perman, but in general terms when you mention Perman you are usually talking about No. 1. 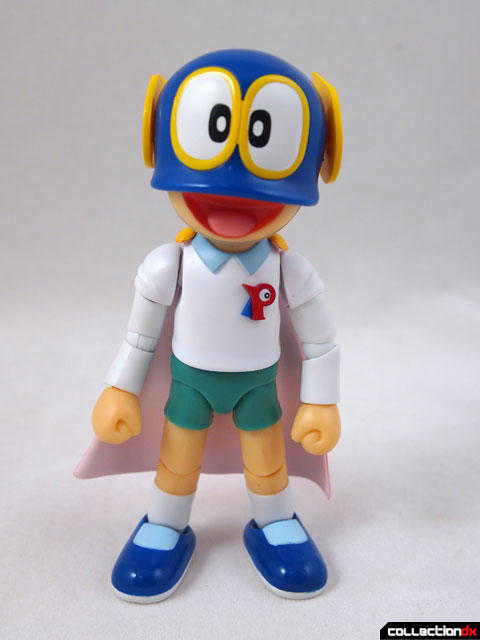 Superman (later called Birdman when they figured out about copyright) gave Mitsuo Suwa five items that granted him powers and abilities. They are:

Bandai has made a wonderful action figure in tribute of Perman No.1.

You can get yours at HobbyLink Japan!

The box is nice – small and compact. Inside is the usual plastic tray. 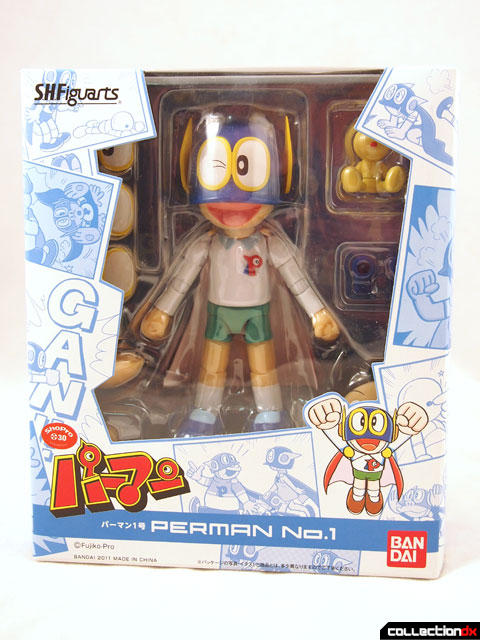 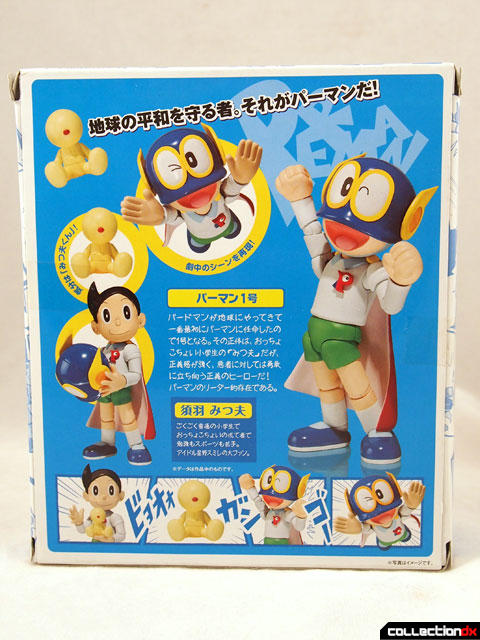 The head is the most striking, and most feature packed part of the figure. It comes with several interchangeable expressions. 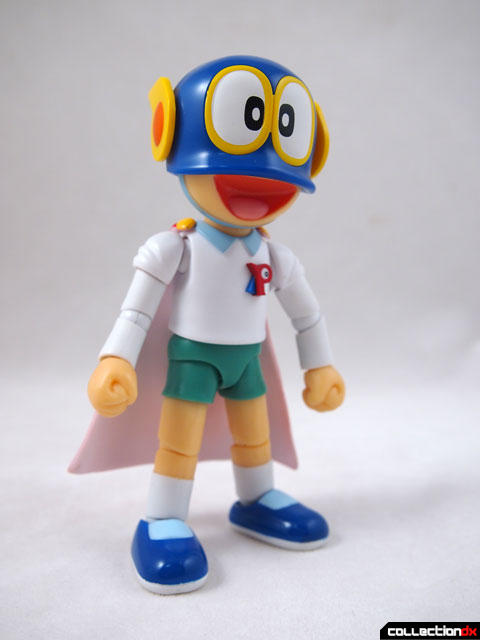 To swap out the eyes or mouth you need to split the helmet in half down the middle and separate. Then you can push the parts out and replace them with others. 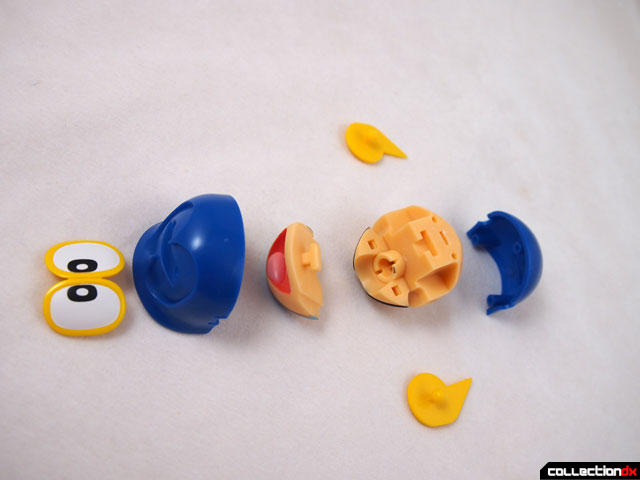 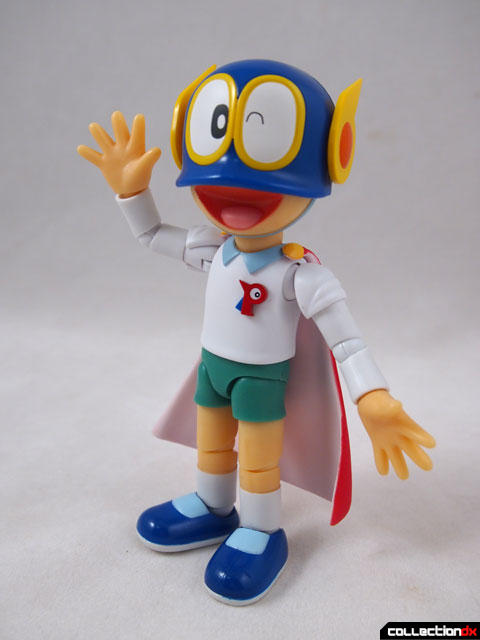 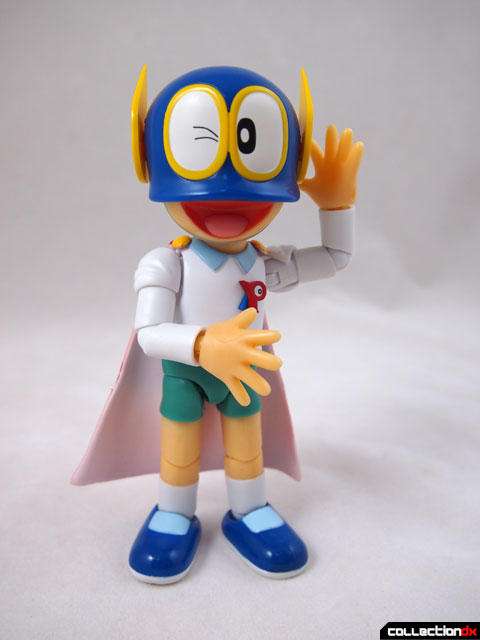 The helmet also has a “display mode” where you can add spacers to the sides that allow you to plug in the side fins as well as a pair of blank eyes. An alternate head for Mitsuo is included so that he can be displayed holding he helmet. 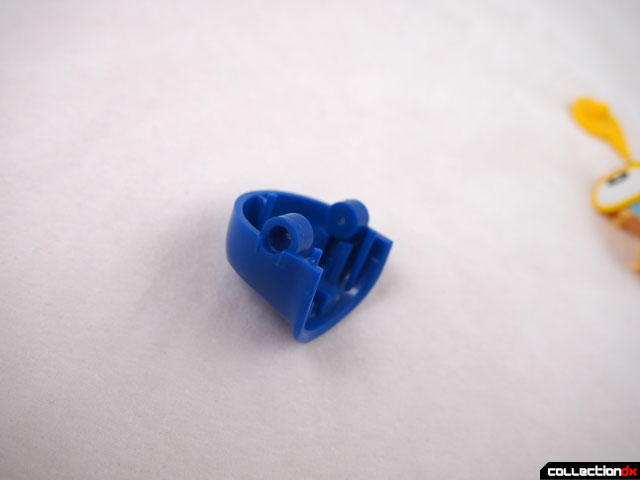 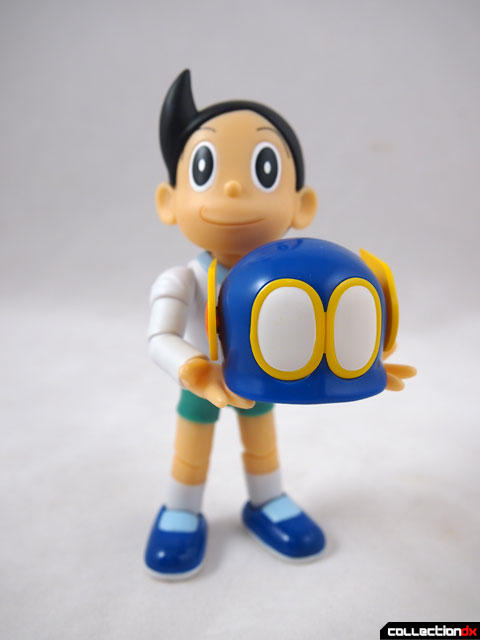 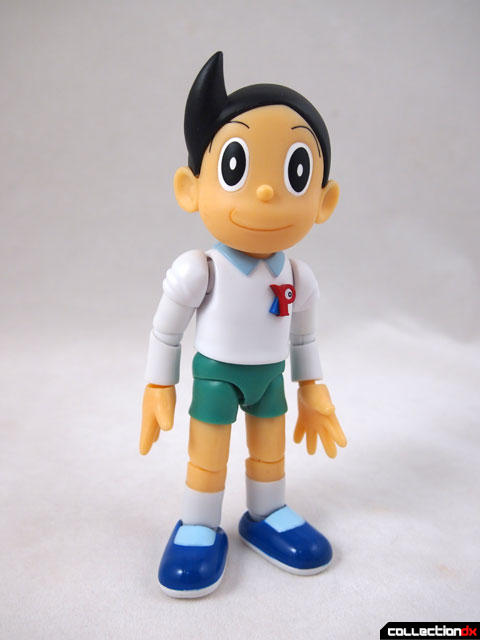 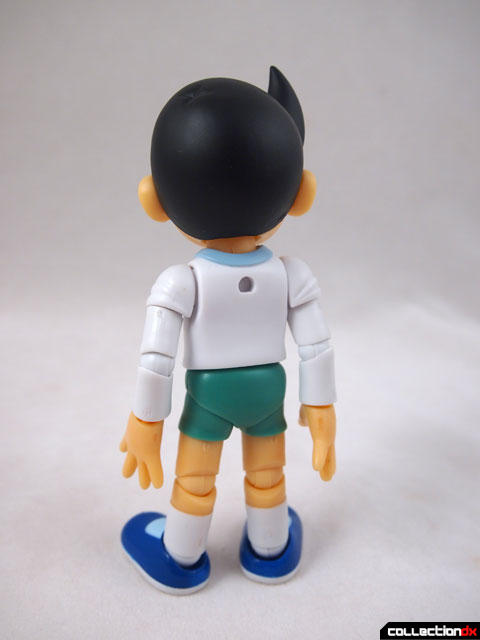 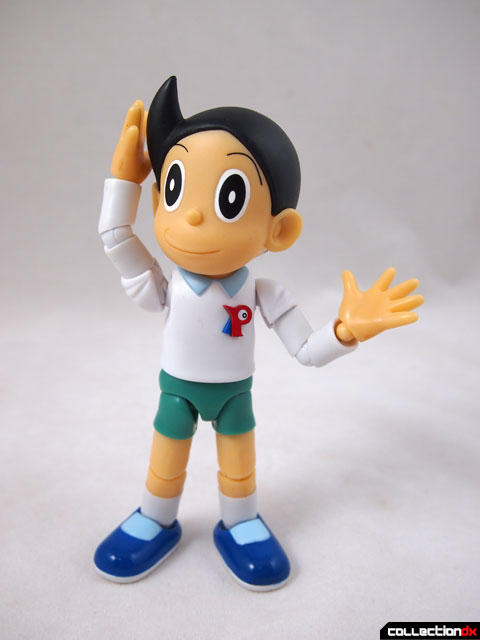 The cape is removable. 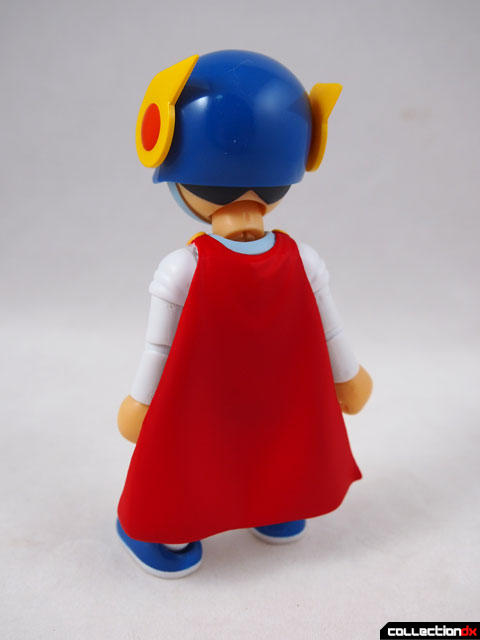 Several sets of hands are included, including open and closed hands. I’m a little baffled about the set of larger fists. What’s their purpose? 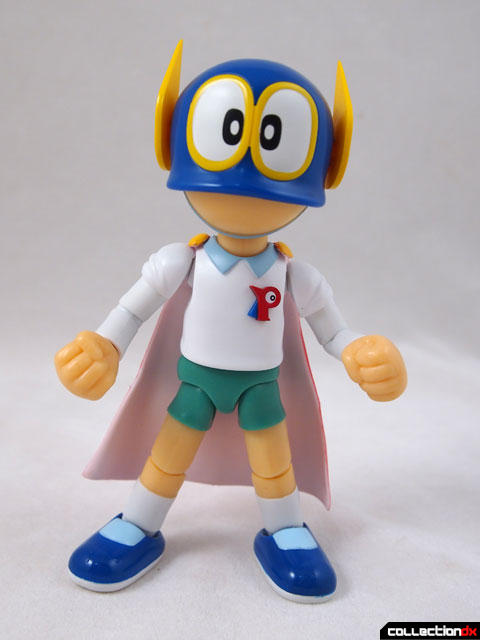 Articulation is not bad. There clearly were some sacrifices made in articulation to maintain the clean lines of the anime. It doesn’t matter much, but don’t expect this to pose like a revoltech. 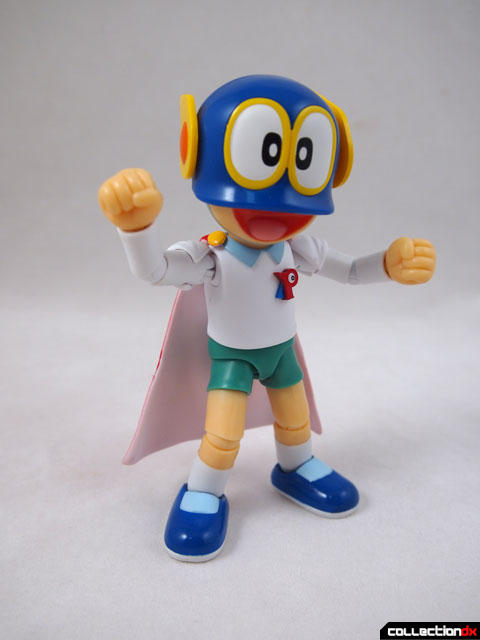 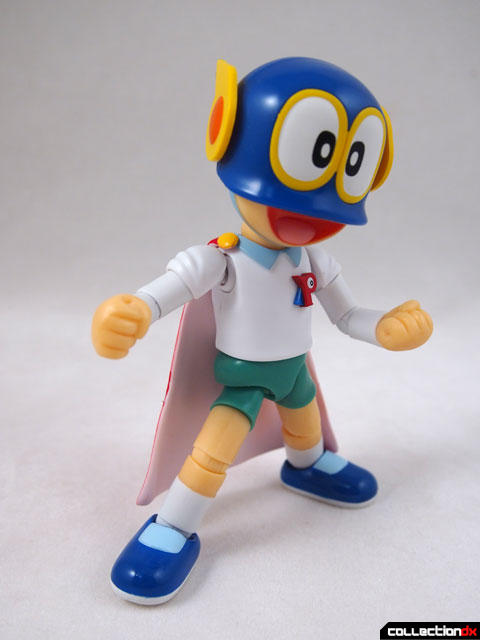 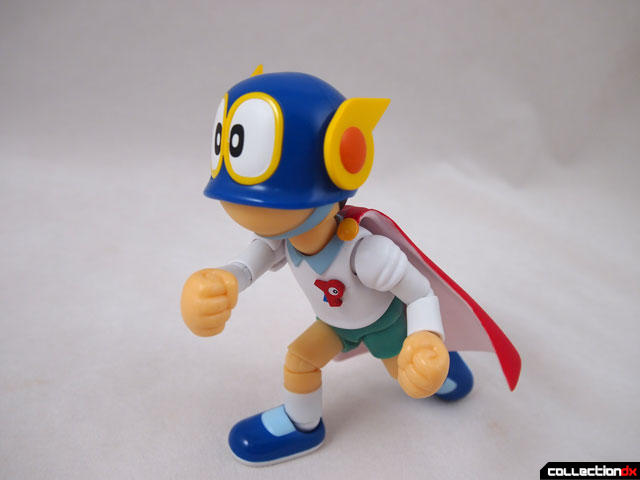 However, all the joints are there for an effective flying pose. 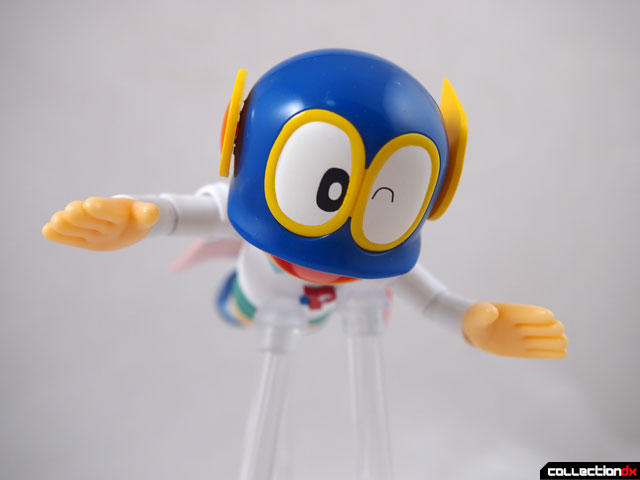 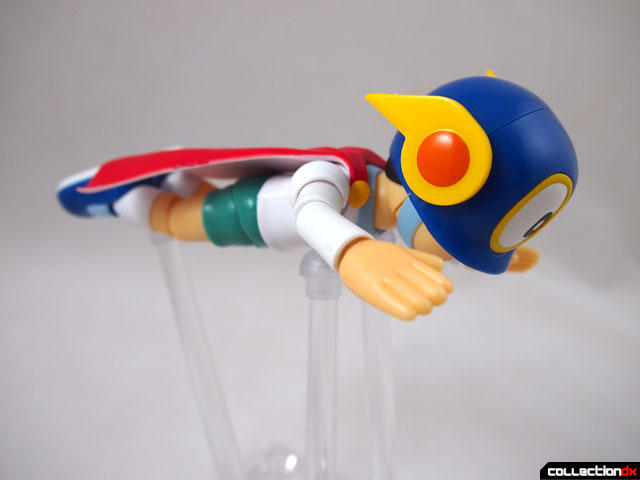 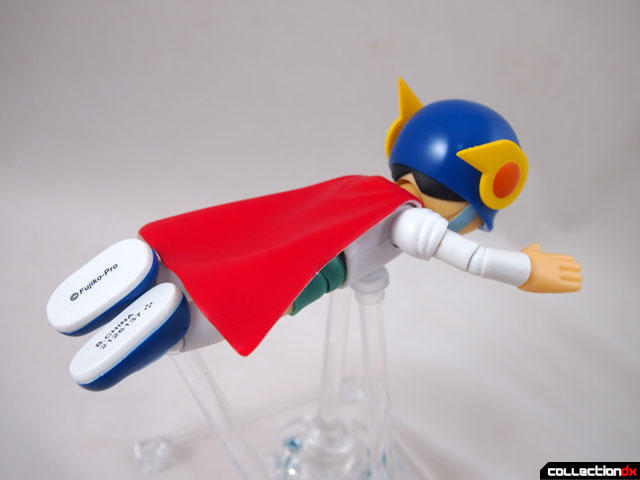 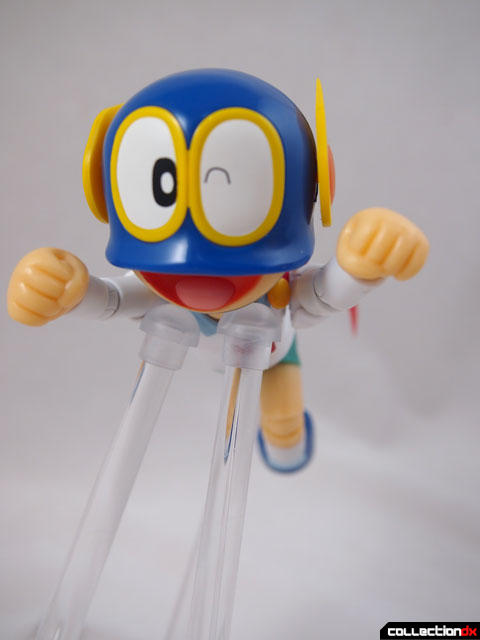 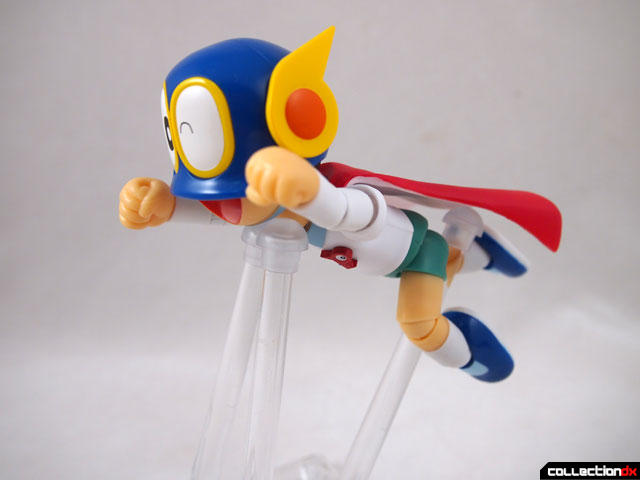 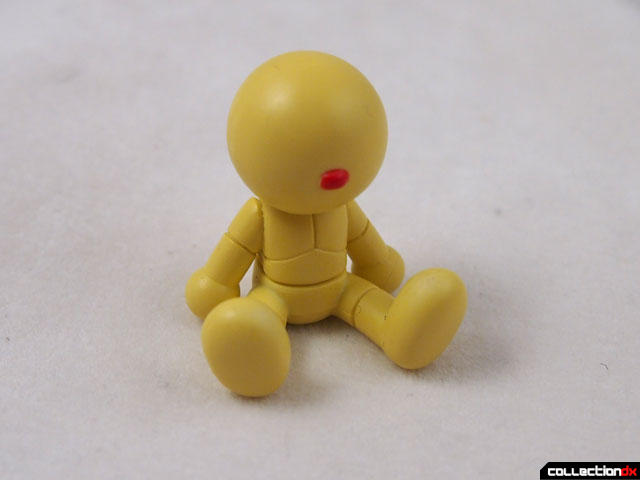 Glyos figures having fun with the Perman Helmet. 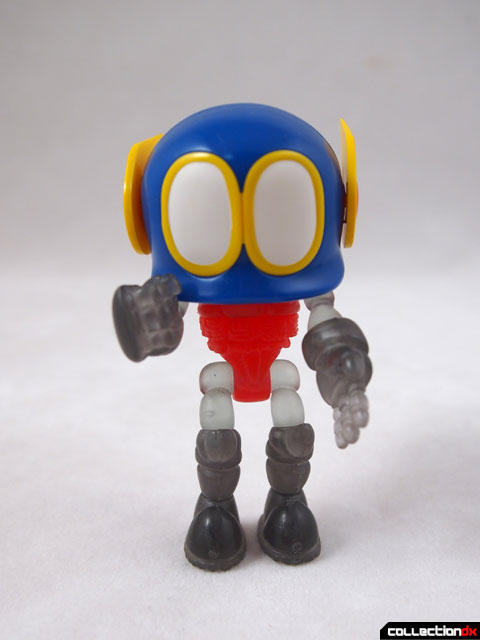 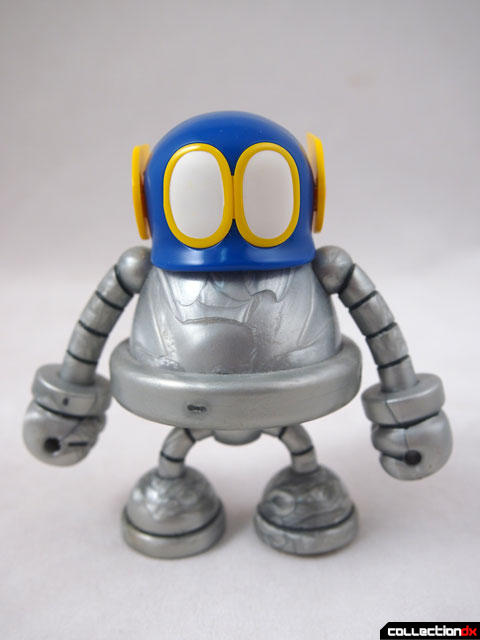 If you are nostalgic for Japanese anime of the late Showa period, then Perman is for you. He will display great next to your Astro Boy, 8-Man, Tetsujin 28 and others.

S.H. Figuarts Perman No. 1 is available at HobbyLink Japan.

You mean the Japanese didn't care about foreign copywrite laws at one time? That sound like China right now! LOL

Never seen him without his helmet....This is a very cool toy! Glad they are bringing out some more classic toys that need a modern toy treatment.

I agree. I am digging these older characters that Bandai is releasing. They are so full of history.