Mothra first appeared in the novel The Luminous Fairies and Mothra by Takehiko Fukunaga, Shinichiro Nakamura, and Yoshie Hotta. She has made a few appearances on screen starting with Mothra in 1961. As a kid watching Godzilla vs. The Thing I thought Mothra would get destroyed by Godzilla easily. I mean any monster that hangs out with two miniature singing girls (Shōbijin) can't be that cool. Little did I know this "butterfly" was a tough cookie. I watched her drag Godzilla across the earth and then sprinkle poisonous pixie moth-dust and cause him to squirm. She did all this while she was on the verge of dying. Once she did pass, her leftover egg hatched and two larvae popped out to kick Godzilla's butt with some silly string.

Revoltech recently released a Mothra based on the original 1961 version appearance. I thought it a bit silly to make a figure of a monster that had very limited movement in a series that is known for high articulation. Well, thankfully they pulled off a great Mothra toy regardless.

Mothra comes packaged in your typical Revoltech setup with a flap cover and obi strip. 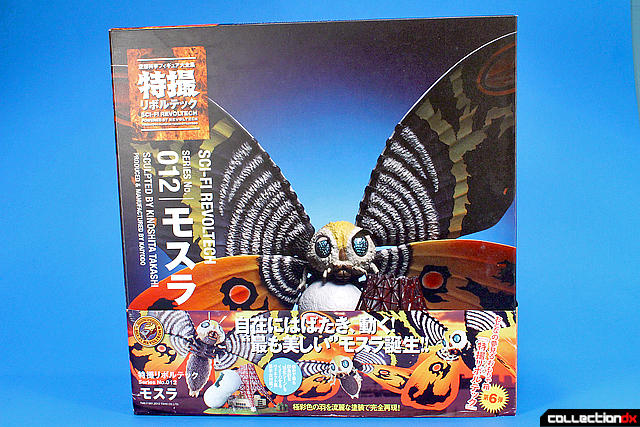 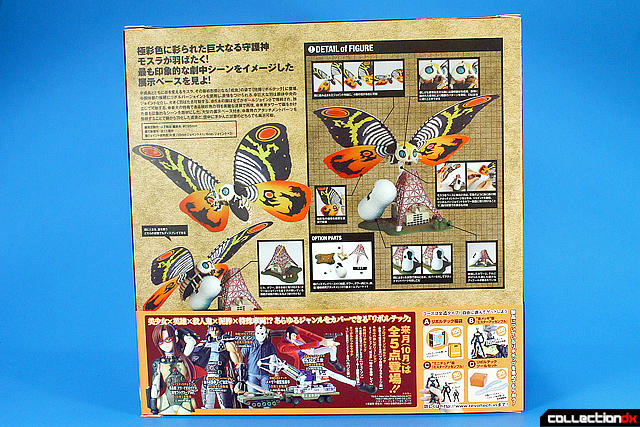 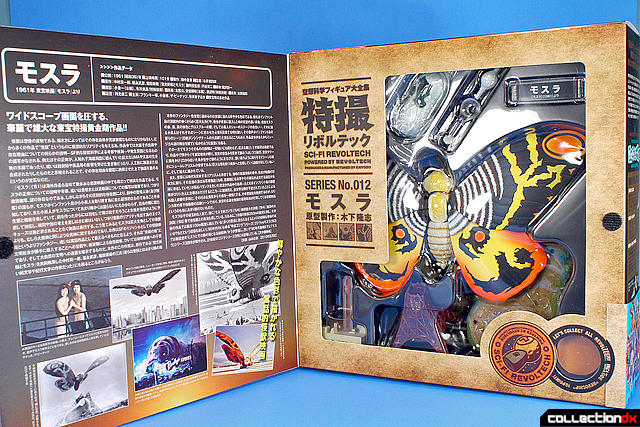 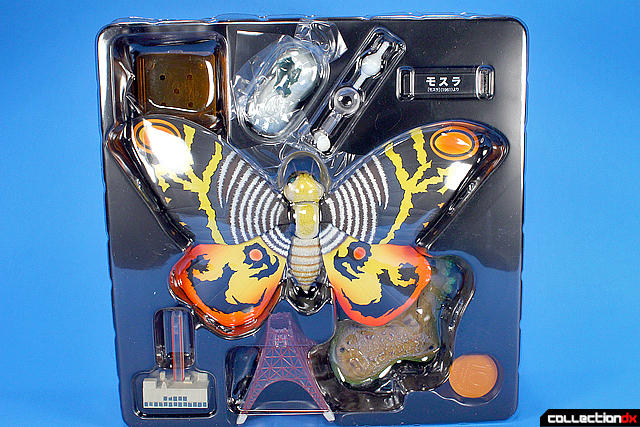 Once out of the box she flew around the room and knocked all my Godzilla toys off the shelf. 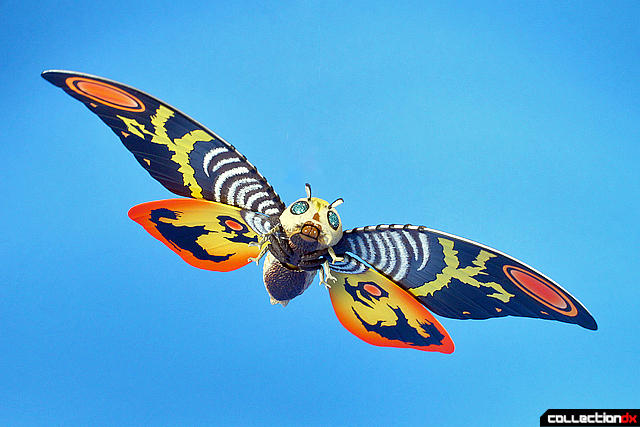 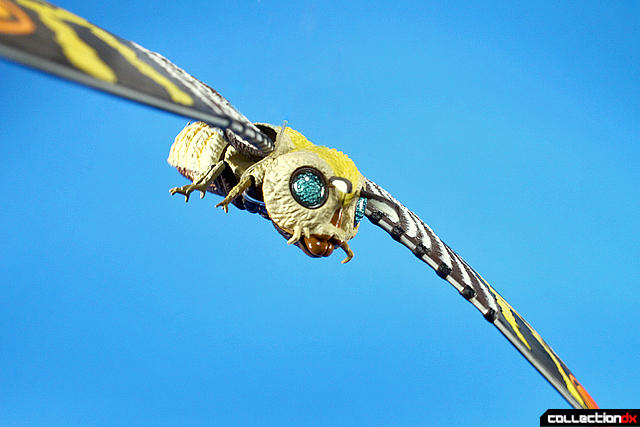 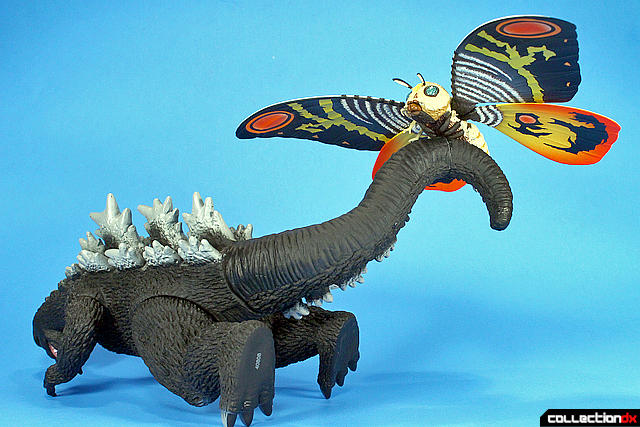 The detailing is some of the best I've seen for a Revoltech. This figure had none of that annoying greasy, rubbery feeling of some Revoltechs I own. The paint apps are spectacular and very faithful to the movie. 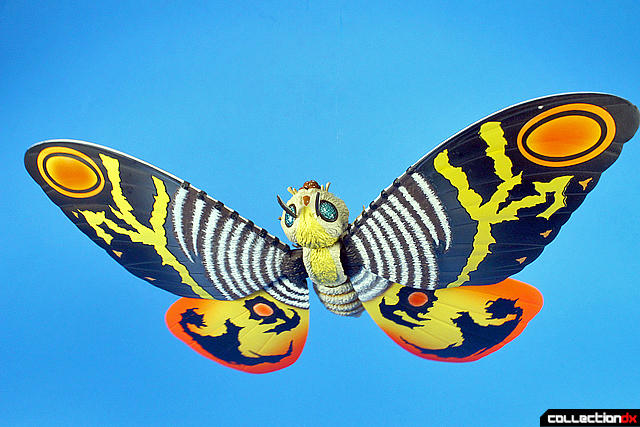 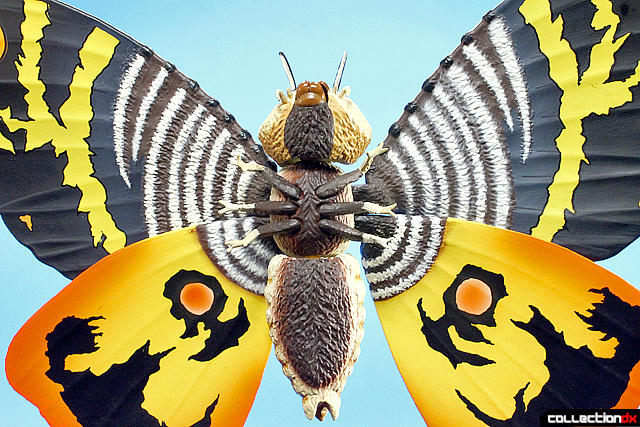 When it comes to articulation you get get a revolver joint in the neck and in between the thoraxe and abdomen. The movements are slight but allow as much movement as you would see in the movie. One bit of articulation which I don't believe is screen accurate, at least to this extent, is the ability to split the wings. 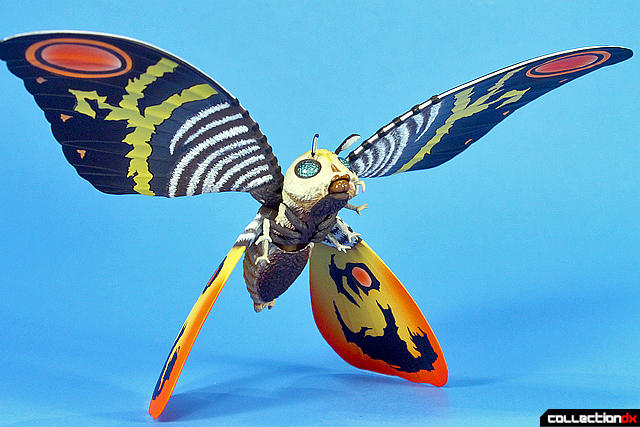 Up close you can see more detail. I absolutely love the texture in the eyes. What makes it even better is that the texture resides underneath an outer clear eye which gives it even more depth. 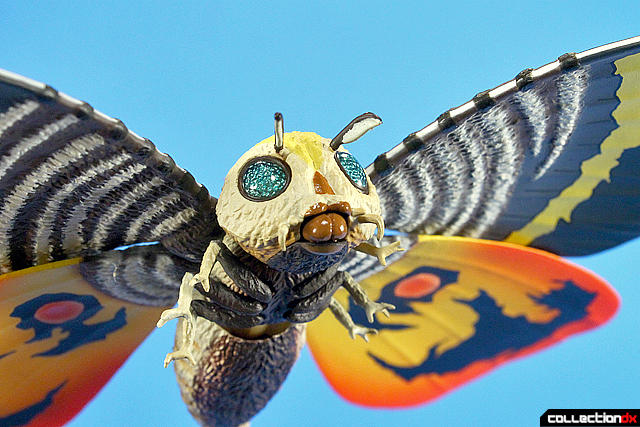 There is a scene in Mothra where she is in larva form and heads over to the tower and knocks it down. As she is being attacked she spins a cocoon around herself. The cocoon is quickly engulfed in flames but she manages to come out in imago form (adult form). Kaiyodo allows you to recreate the later part of this scene. To create this, you will need to assemble some pieces together. 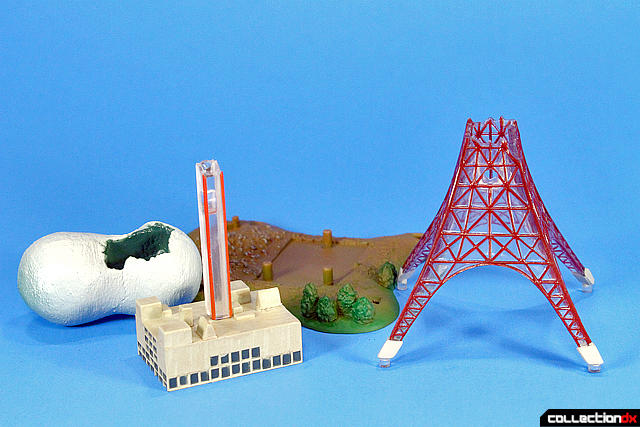 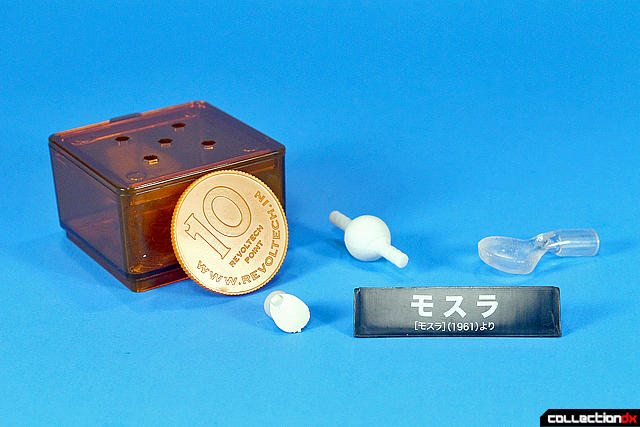 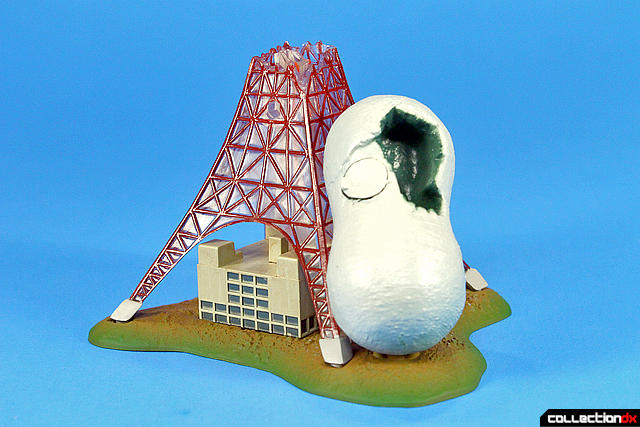 ...attach the clear connector (wing is removed for better view). 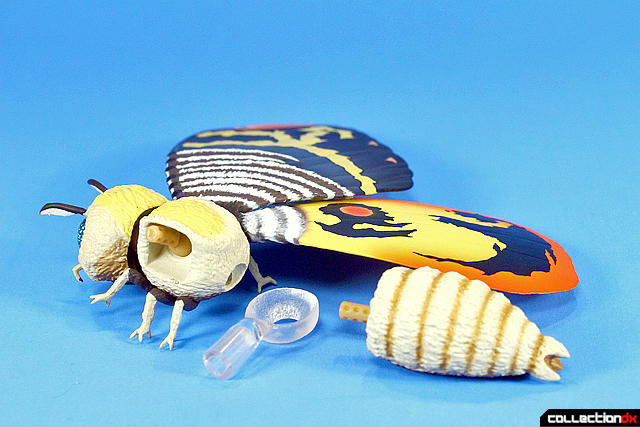 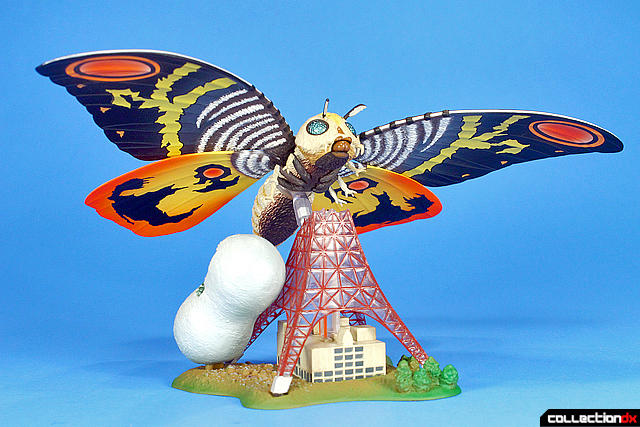 You can also display it with Mothra hovering over the cocoon by removing the cocoon plug and simply plugging in the clear connector piece to the cocoon. 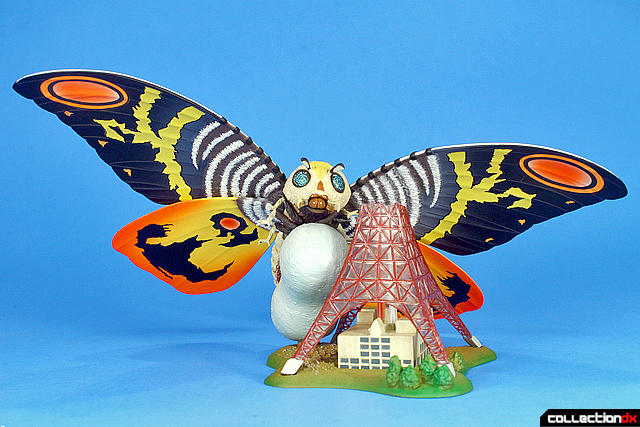 I am a bit more impressed with this than I thought I would be. Too bad Kaiyodo can't make an in-scale Godzilla due to licensing reasons, but one can always hope...hmm I wonder how it scales with Bandai's S.H. MonsterArts figures.

You can get your own Mothra at HobbyLink Japan (Hlj.com).

One of Revoltechs best releases as far as I'm concerned. It comes across as a far more expensive toy when seen in the flesh, especially when placed atop a nice little timber base. Great review also.