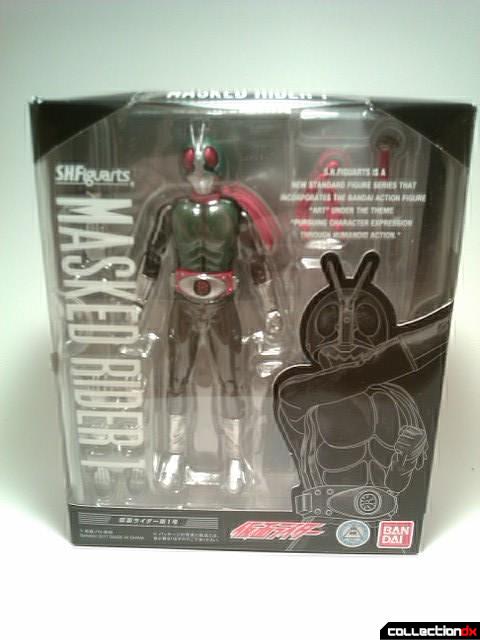 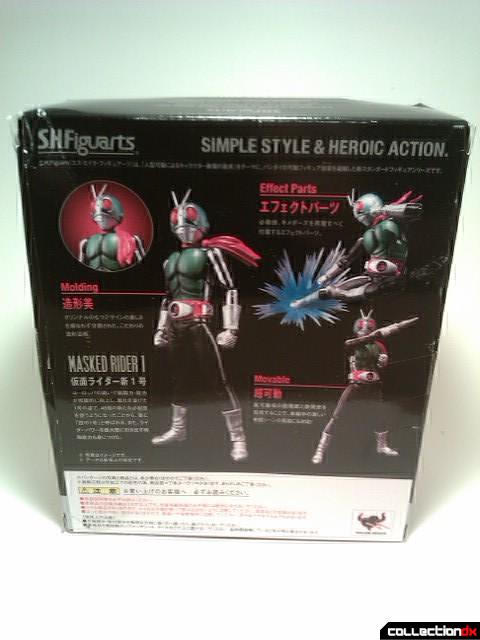 Kamen Rider was one of the first tokusatsu shows to grace the televisions of Japan in 1971, and in doing so it became one of the most highly regarded show in Japanese history. Taking the original Kamen Rider and turning him into a high quality action figure almost seemed like a no-brainer, despite earlier efforts that were less than stellar. Bandai has stepped up their game to create one of the best interpretations of this legendary character that I’ve ever seen. 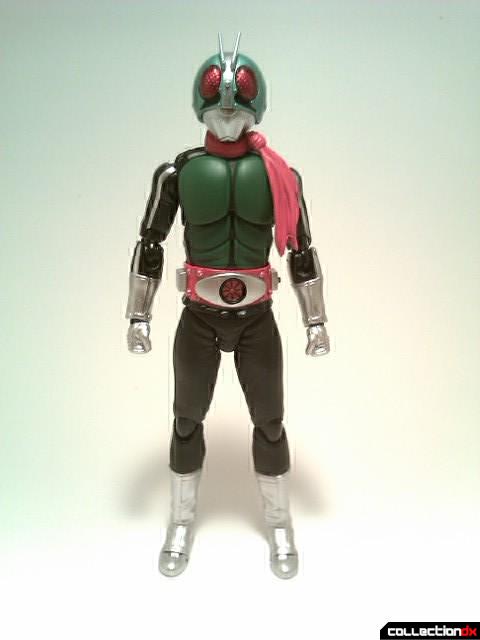 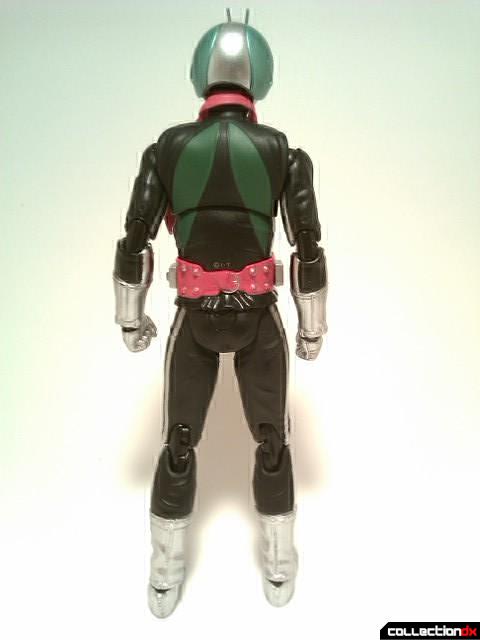 Masked Rider 1 is often referred to as Ichigo, which is Japanese for “Number One”, and I will refer to him as such for the remainder of the review. Ichigo is modeled after the original Masked Rider design and is ripe with Japanese Showa Era flair. His helmet is almost absurdly round, he has no frills, and consists of only 4 colors; yet somehow it comes together so beautifully that I wouldn’t have it any other way. He comes complete with a gorgeous matte black finish that really highlights the brightness of the silver. 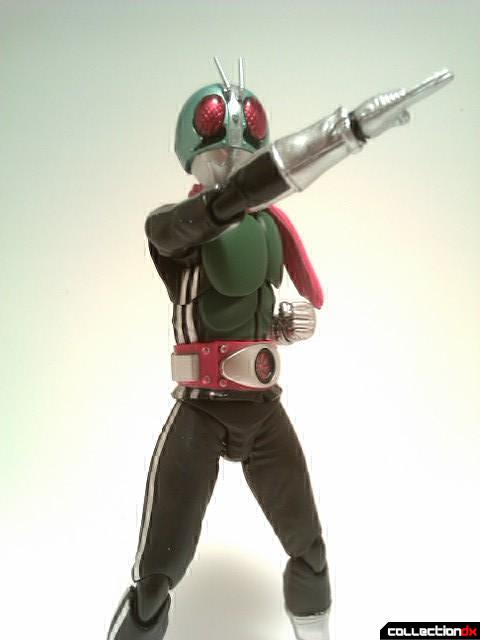 Needless to say, this figure’s sculpting is magnificent, and there doesn’t seem to be anything that I would want to be different (articulation notwithstanding, but more on that later). His simple design is complemented by molded creases and wrinkles, and really gives this figure a life of his own. 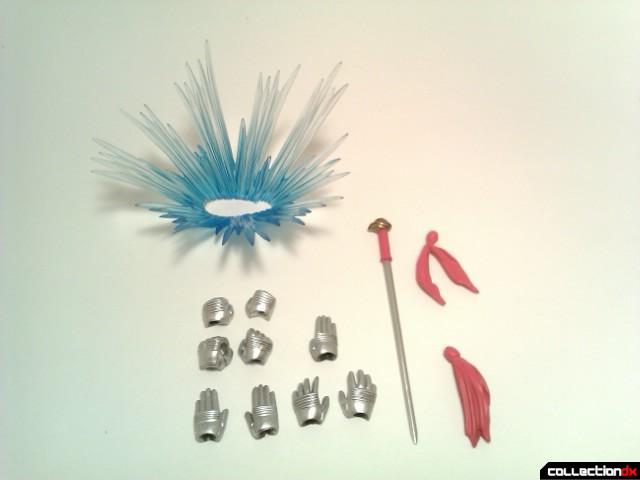 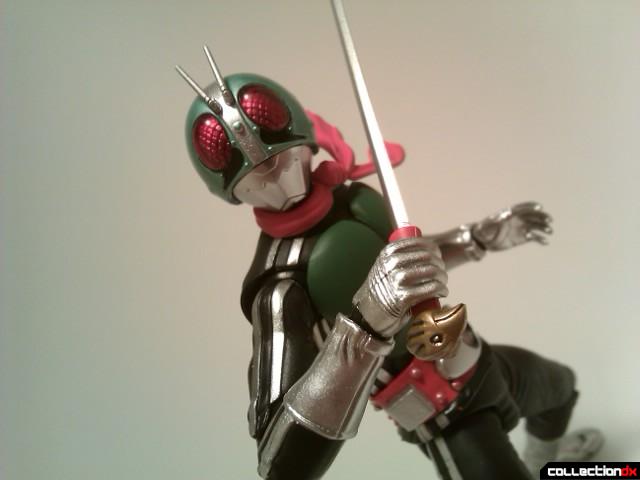 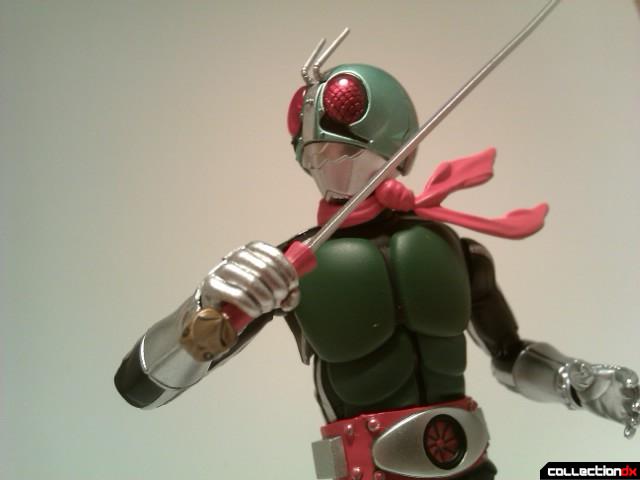 His accessory count is crazy good. He comes 4 and a half sets of hands, including clenched fists, holding-things hands, calm splayed hands, karate chop hands, and one hand for doing his signature pose. He comes with 2 scarves that are removable, and can be replaced by attaching them to a tiny ball joint on the base of the scarf. 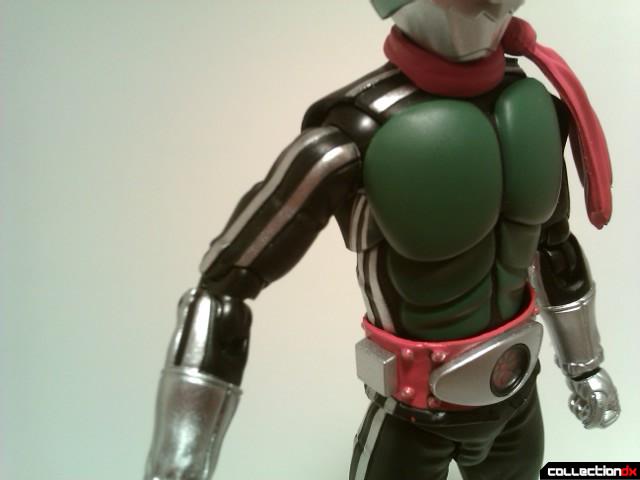 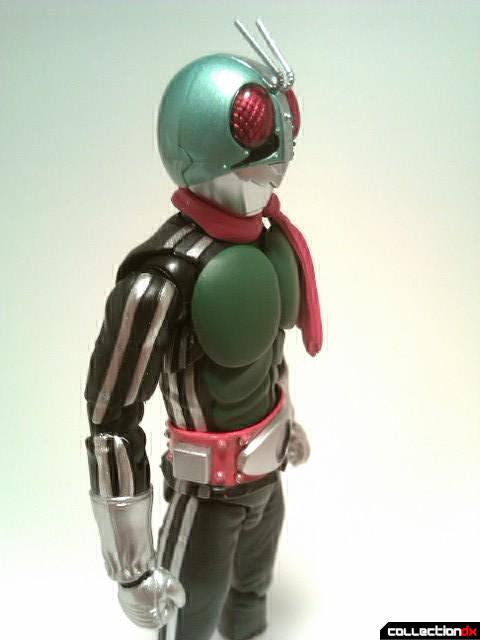 This allows you to achieve many dynamic poses since the scarf is technically articulated. Surprisingly, Ichigo also comes with the Shocker Sword. This was only used once (to my knowledge) when Ichigo grabs it from an enemy and proceeds to spank them at fencing. Anyway, the last accessory is really an effect part. It’s a swirling energy kick thing that attaches to Ichigo’s foot. 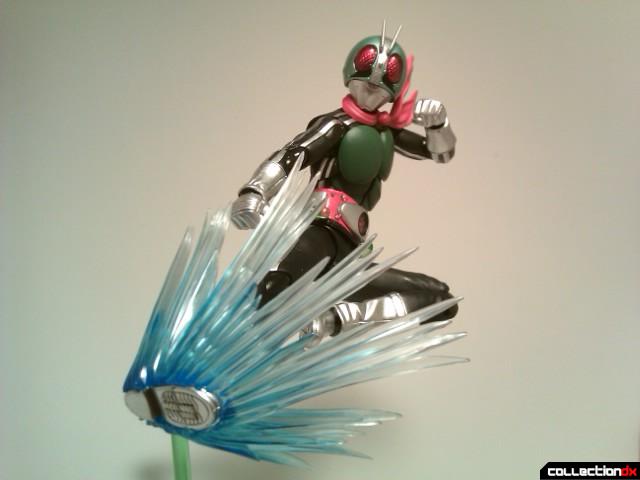 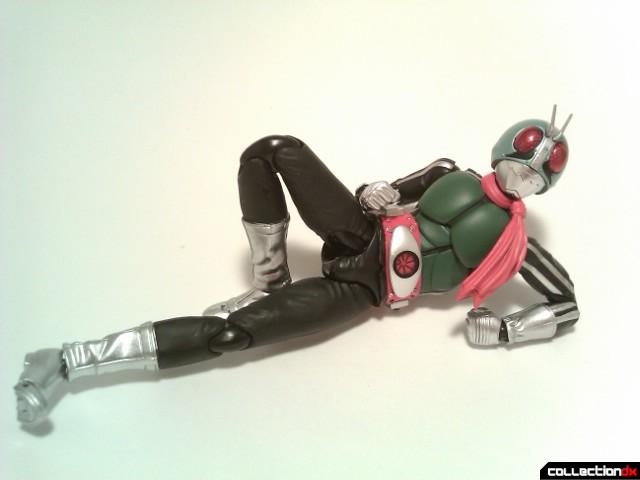 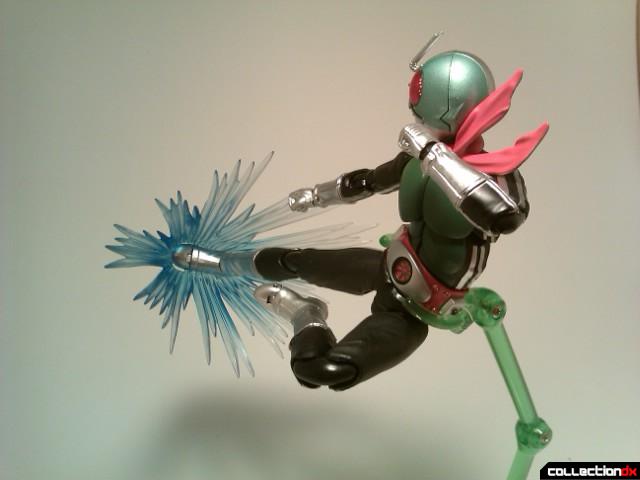 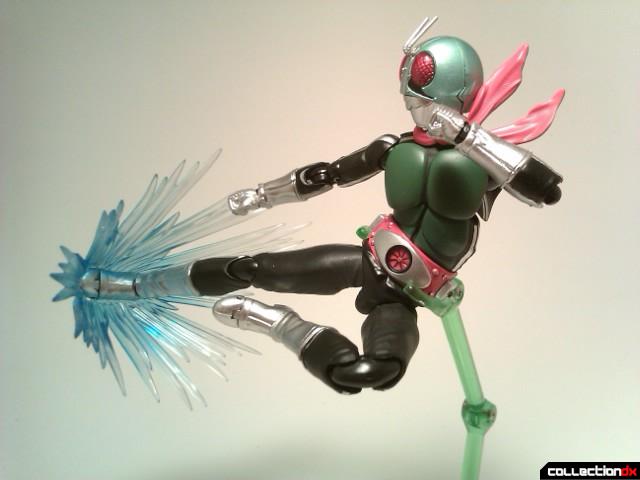 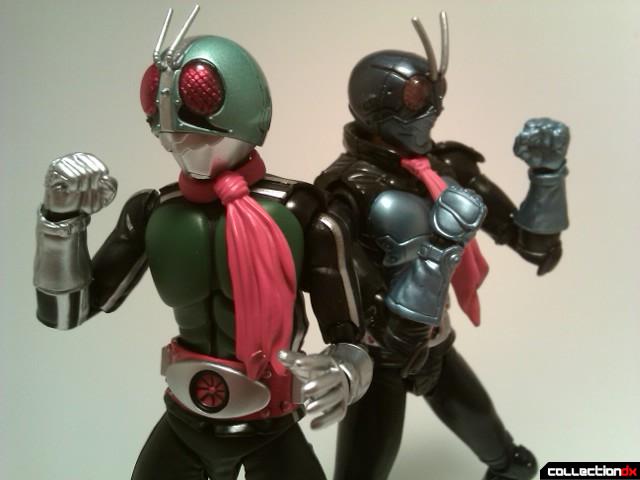 S.H. Figuarts New Masked Rider 1 is an excellent figure, and is definitely worth your time if you are even a passing Kamen Rider fan. His price point, build quality, and accessory count is more than enough to satisfy anyone looking for a sleek bugman to add to their collection.

5 comments posted
Ah, back in the day when

Ah, back in the day when there wasn't thirty million different things going on with thier costumes. (Not that that's a bad thing...)

And OH MAN I need that kicking burst! I wish they sold that kinda stuff separately! Oh well, at least this is a new toy. At first I thought it was an older figure, and those are almost always nearly impossible to get without paying out the nose. And that smarts!

It's all about the scarves, Kamen Riders are just not the same without them!

I also agree. The scarves are what makes the poses cool and the design shine more. Imagine, for instance, Kamen Rider Amazon without his scarf: he would just be a super developed lizard, but, with the scarf, his a warrior of justice! Dunno why they dropped it after W, just a shame...

Kamen Riders 1 and 2 have one of the best designs among the Kamen Riders, in my opinion, and the fact that they included that special effect part for Rider Kick makes me want this figure so badly...

Perhaps Kamen Rider 2 will come for the part for the Rider Punch, after all, he is the "Rider of Power", or something like this...

I'm sorry, but I think Kamen Rider 2 only comes with the kick effect. It would be awesome if they modified it to work with fists. Maybe someone will do that at some point.