I already have Madoka and Homura, but Mami’s Nendoroid was the figure I waited not-so-patiently for. Luckily, my wait is now over.

Let’s begin, as we always do, with the box. 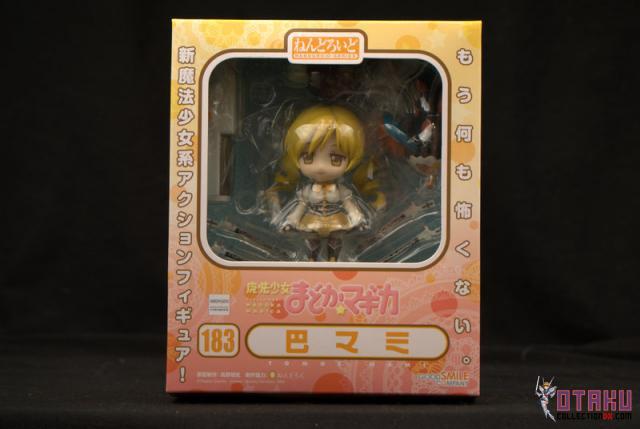 Fairly standard, yes? Though I do dislike the yellow and orange boxes. They always look faded to me.

You can see Mami, some guns, and yes, even Charlotte peeking through that window. If we take the plastic case out, we can see her pieces. 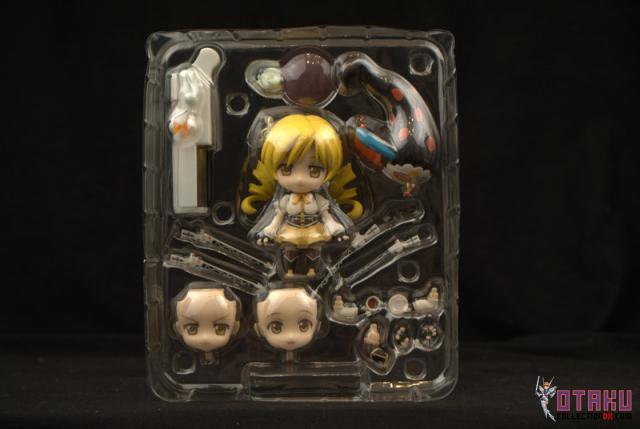 That’s five guns, four arms, six hands, a teacup and saucer, three heads, three legs, a hat and yes, Charlotte. You can see one of her rifles slumping down in the case; though the case stays together well, some of the accessories are loose. 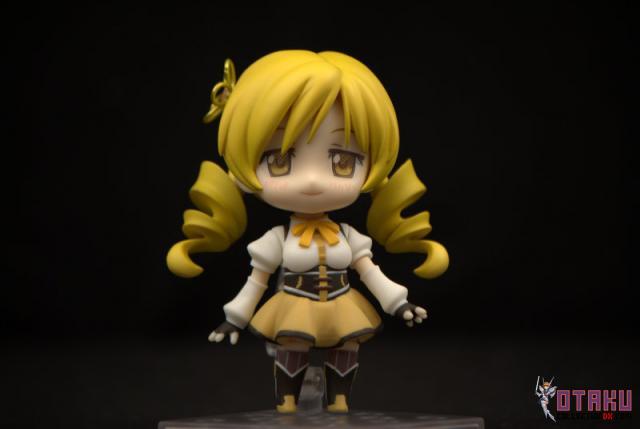 Here she is out of her case. She’s so sweet, isn’t she? You can see the perfect sculpt on her hair, her little fingerless gloves, her flower barrette and just the littlest bit of a blush. 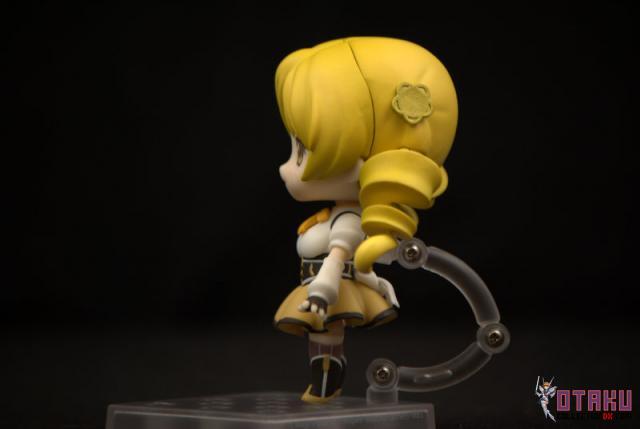 From this side, you can see just how far back she sits on her stand. You can stand her further forward, but she kind of leans forward like Rose while Jack is dangling her off the front of the Titanic. It’s not pretty. 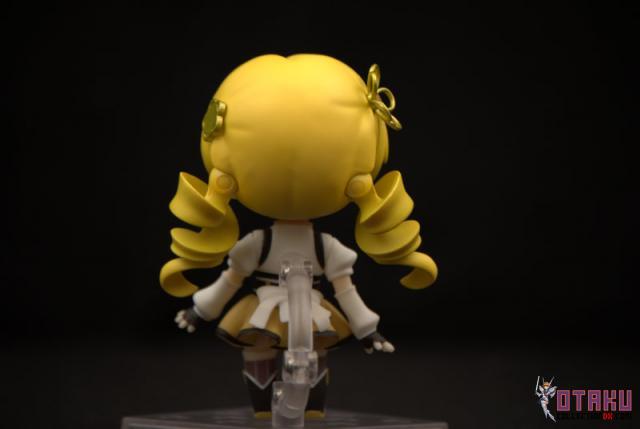 Here she is from the back. Her pigtails are on ball joints, so they do move. Mami’s stand fits into a port on her back. The port, like much of Mami, is a delicate fit; that is, she falls off of it a lot. The peg doesn’t fit all the way into the hole on her back. It makes playing with her difficult. 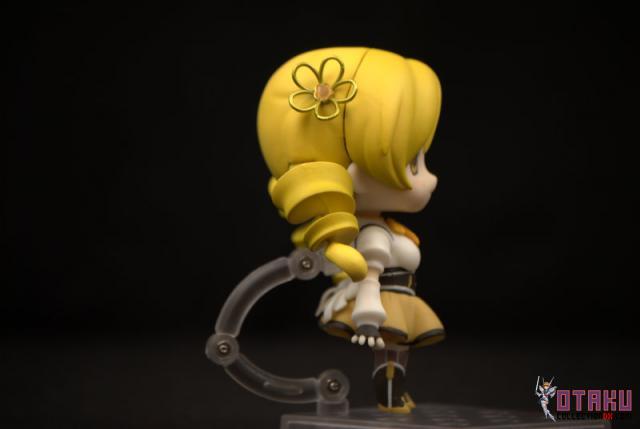 Here’s the other side. Her flower is very nicely done. 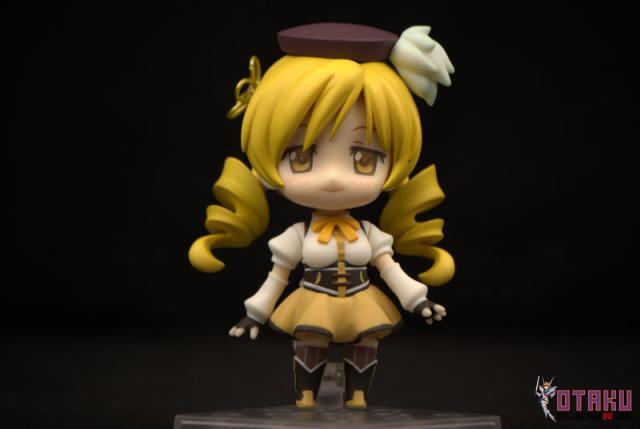 It’s her hat! There is no peg to hold it on; the hat simply perches on her head. It stays on much better than I thought it would, though it can fall off if jarred. 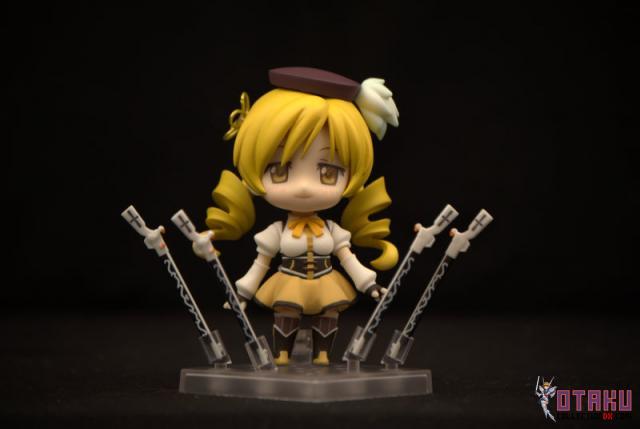 This is probably my favorite of all her accessories (save Charlotte). The guns make for spectacular shots in the anime, and the four very well-detailed rifles look absolutely stunning here. What you can’t see from this shot is that they are aligned in a V-shape, with Mami standing between the top two points of the V. The whole thing is very roomy on the stand, and super easy to put together. 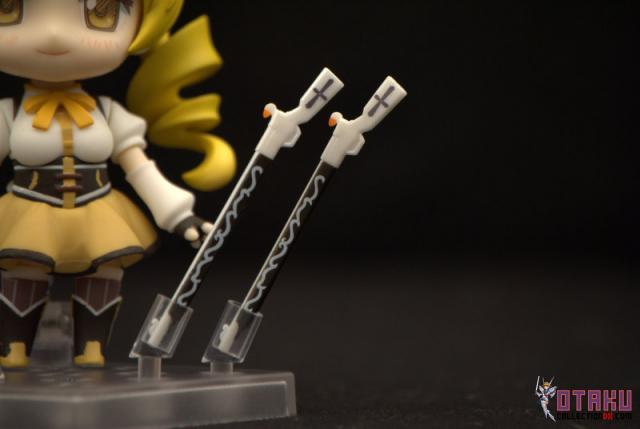 A close-up of the guns. They really are well done. She looks happy to see them, doesn’t she? 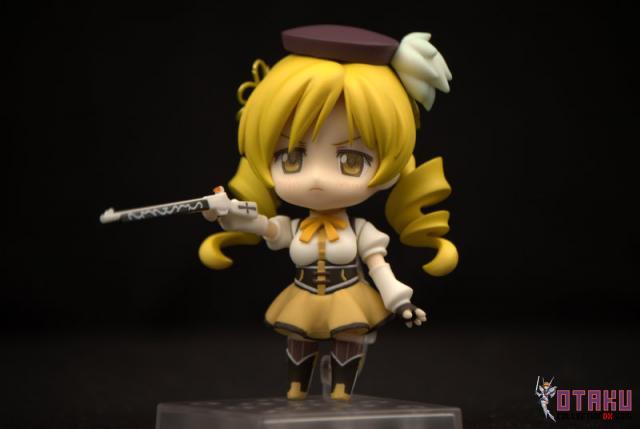 And now she means business. This is her second face, which I like to think of as her game face. She’s got her gun up, and she’s ready to shoot.

Of course, sometimes you need a bigger gun. 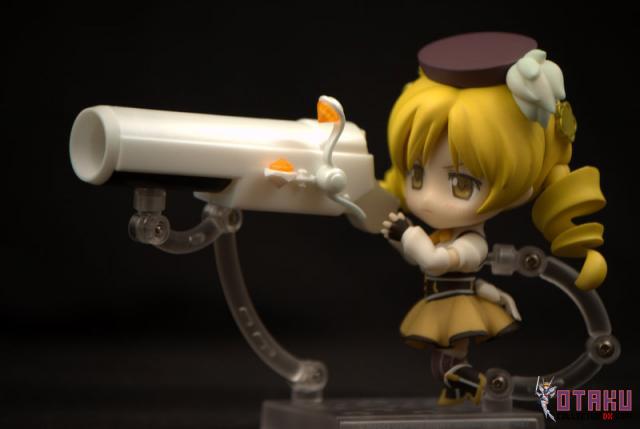 This shot features not only the Tiro Finale gun but a new leg (check the foot pop) and new arms, which are bent at the elbow. This gun is probably the worst part of the set - it’s light plastic, little paint, and all-around badly done. While I do usually like the big props - and this sucker is so large it requires a stand of its own - it is a complete nightmare to put together, especially considering how blah the gun itself looks. If I have to spend more than ten minutes tweaking the set-up to get it right (and oh boy, did I. Ten profanity-filled minutes), then by God, it better be impressive. This is not. 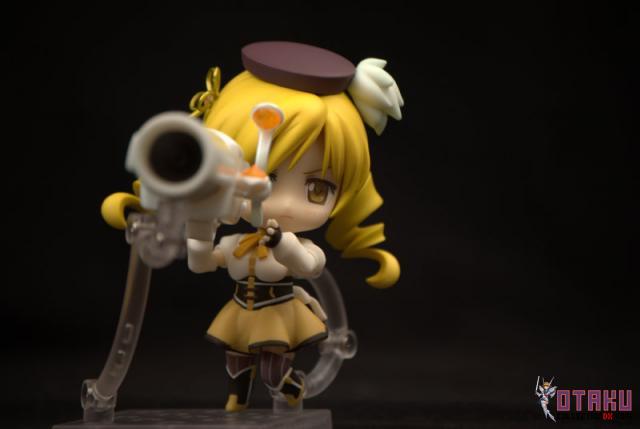 Even from this angle. 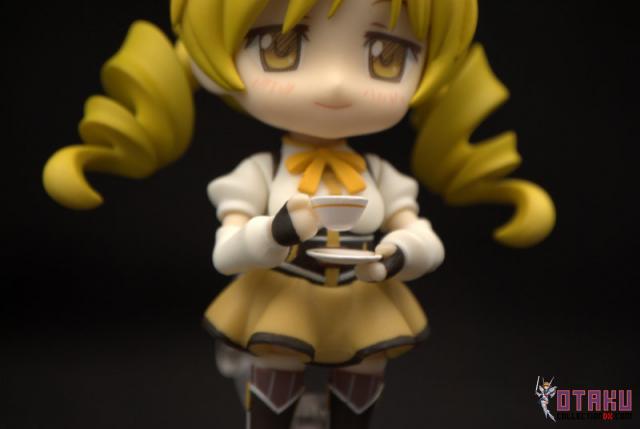 I much prefer happy, tea time Mami. She’s got face #1 back on and her little teacup and saucer in her hands. Ah, the good times. Before… 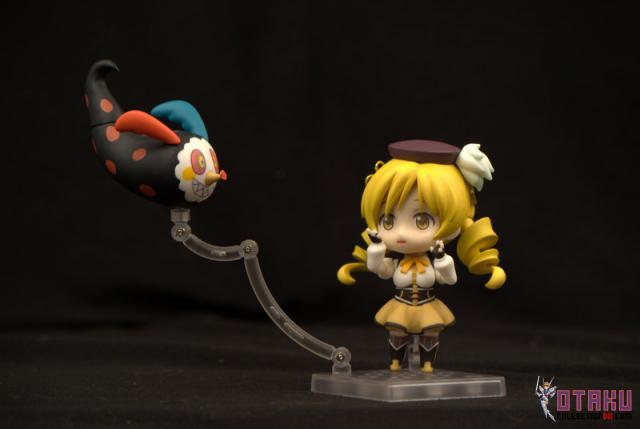 This is Charlotte’s not-so-fluffy form - her head-bitey form. Mami has face number three on, the one that clearly says “I think that thing might bite my head off.” 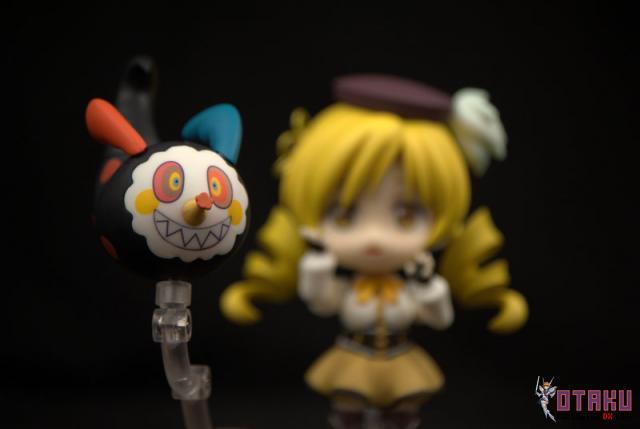 I mean, she does have some very pointy teeth. And those hypno-eyes… 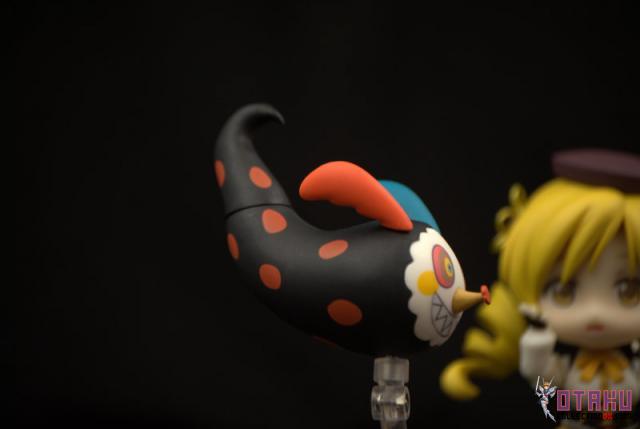 Charlotte’s side view. Her tail swivels, as do her ears. 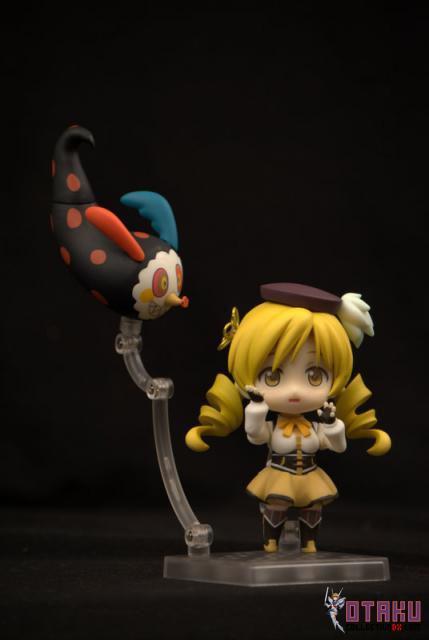 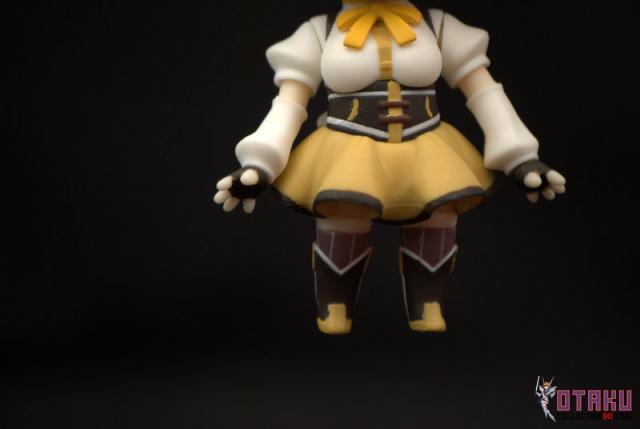 You know the good thing about magical girls? They usually travel in packs. 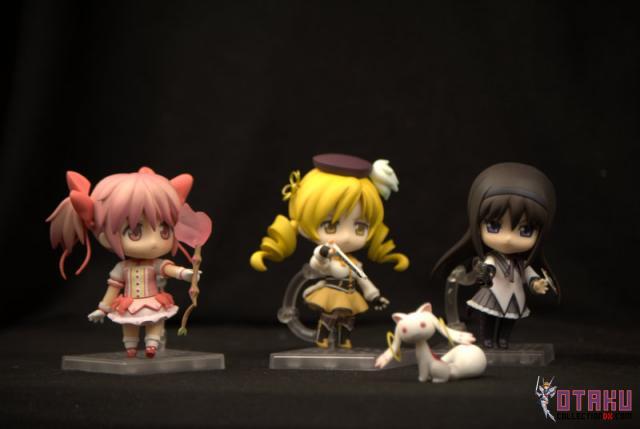 I wonder if they get into gang wars? 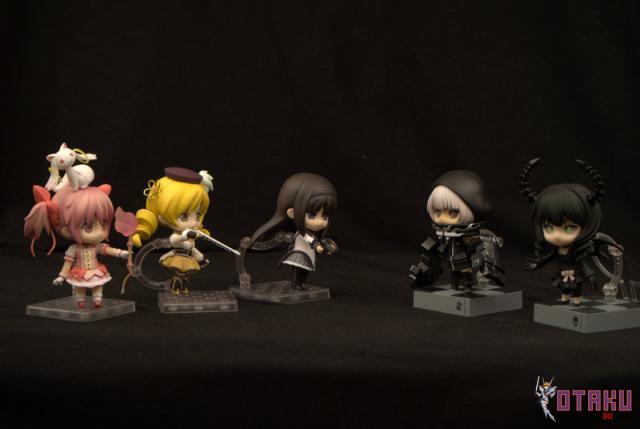 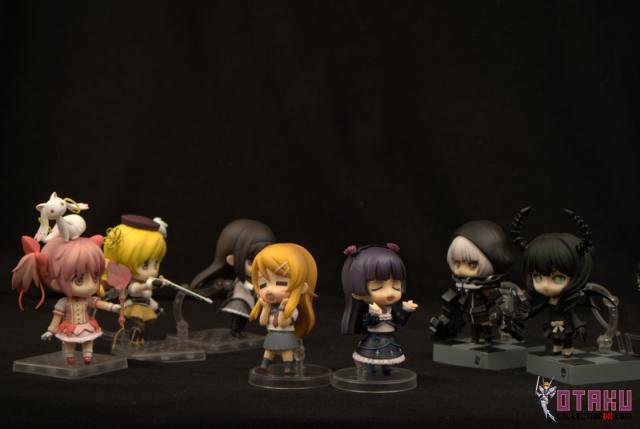 Wait, what? Where’d Kirino and Kuroneko come from? 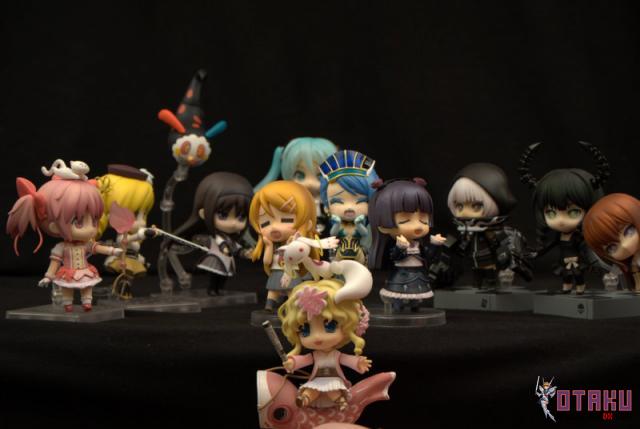 The gang’s all here, apparently. Kurisu seems like the photobombing type, the little 2ch’er. And check the special guest way in the back there, peeking over everyone? Look for her to appear on site soon.