From the show “Madoka Magica” comes Madoka Kaname in Nendoroid form! Nendoroids are made by the good people at Good  Smile Company.

Here she is in her box: 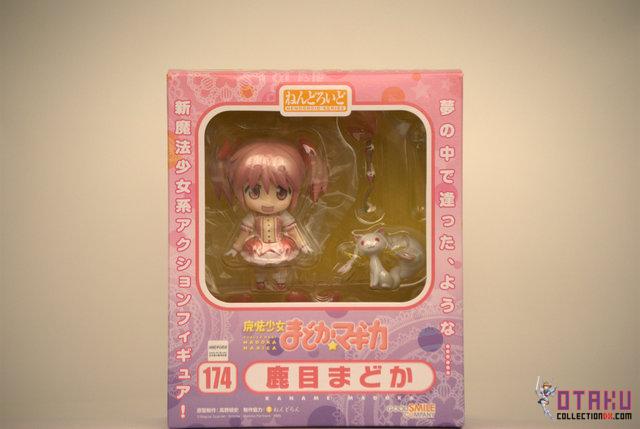 And here she is in her case: 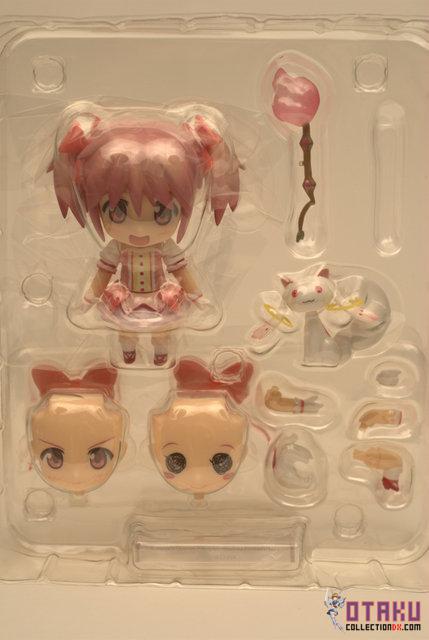 A note here: I made a rookie mistake with this figure, and tried to open it up in the car ride home. There are a lot of little bitty pieces in here, and sadly, the arrow popped out, lost to the strange, vast depths of the car. This review covers everything but the arrow.

Now, back to the plastic casing. You can see that Madoka comes with a lot of accessories. She doesn’t have as many hands and legs as some of my other Nendoroids, but she does have her lovely bow (the arrow was awesome, too), two sets of bows and two bodies for Kyubey. More on QB later.

Here are the pieces out of the box: 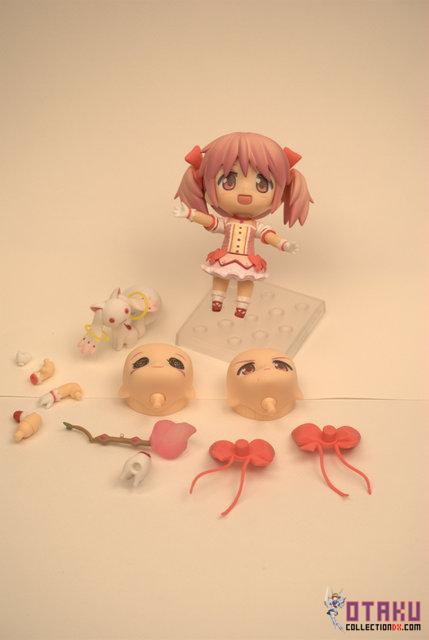 Kyubey has two bodies. The first is good for standing next to Madoka, while the second lets him drape over Madoka (as she often wears or carries him in the show). 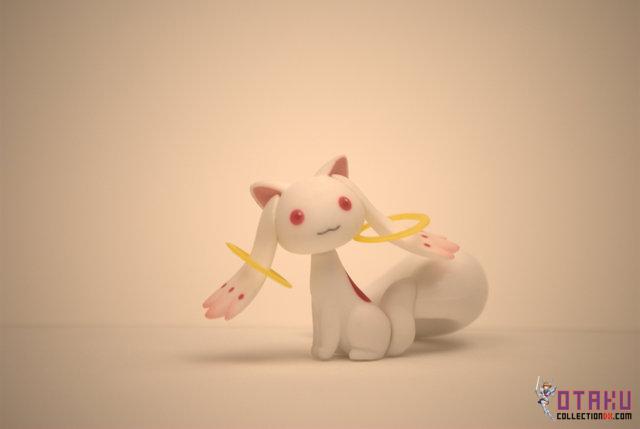 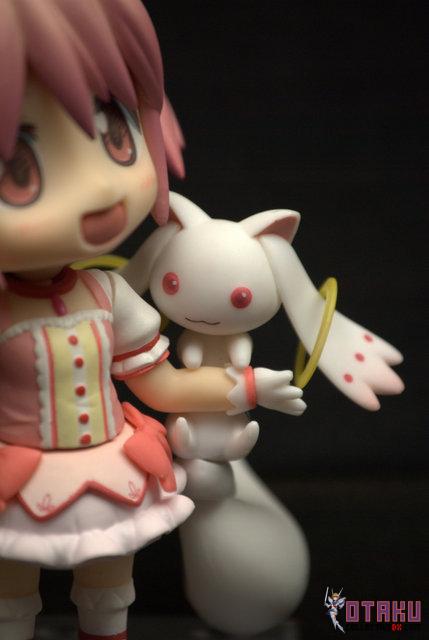 Let’s change out Madoka’s face to one with her scribble circle eyes, a more… disturbing?… addition to this set: 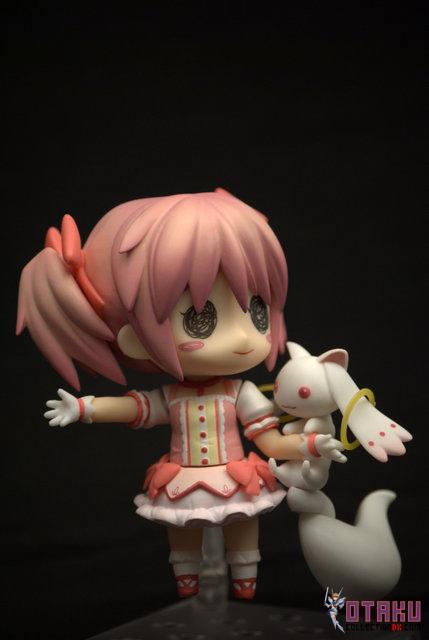 Here’s Madoka with her bow. You can also see that the bows have changed, and she now has her game face on: 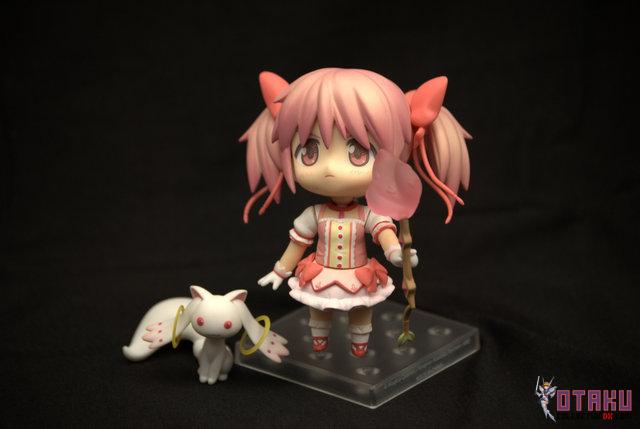 And now for some fun posing her: 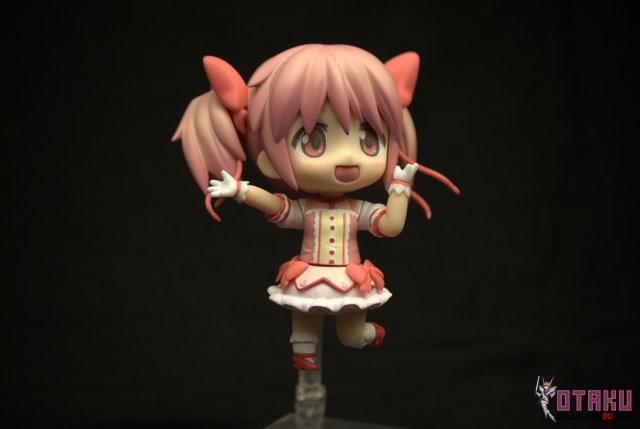 You can see in this shot that the paint job is just stellar. She has that good color fade on her hair, which gives it depth and definition. 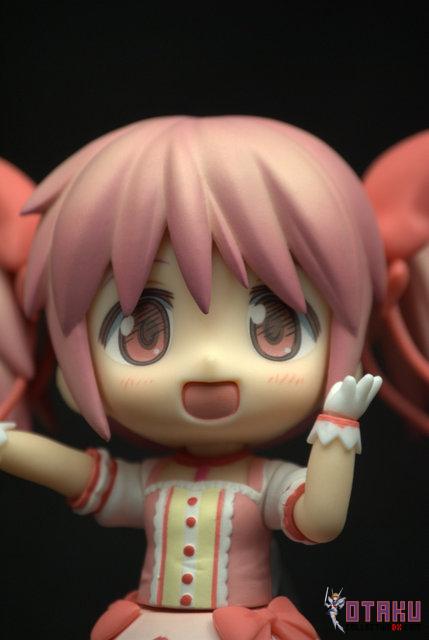 Her eyes are beautifully done, perfectly in line with the look of the anime. Nendoroids are really good at getting the eyes right; something you can easily see when you put Madoka’s face up against Kurisu from “Steins;Gate,” which has the Huke circle eyes: 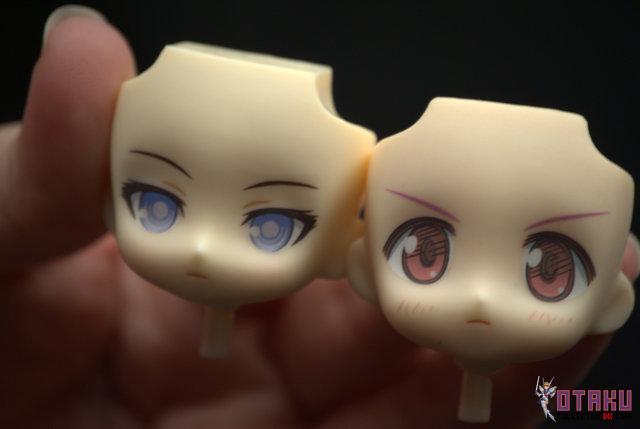 Of course, the girls of “OreImo” are happy to see her join the ranks, what with Kirino’s fondness for magical girls and all. Even Kurisu seems pleased. 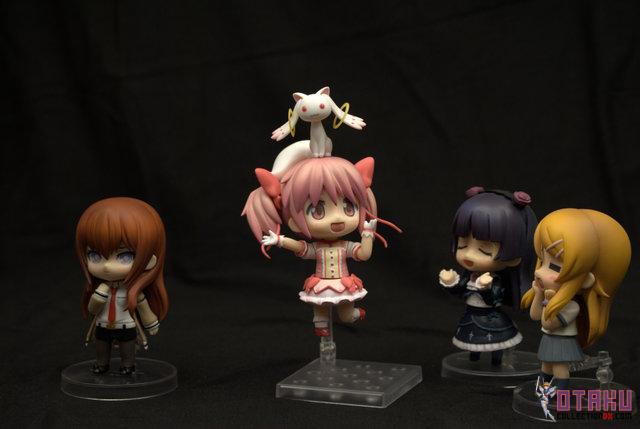 Check out the difference in the bases on these guys. The girls of “Madoka” seem to be getting the big bases - the upcoming Mami figure has all kinds of guns (and Charlotte) with it, so the big bases are necessary on those. It also makes it easy to hover Madoka (you know, when she’s feeling all God Empress Madoka, as in the end of the show).

All in all, the figure is just beautiful. With other Nendoroids - namely, Kuroneko, I've had trouble getting the pieces to fit together properly. Not so with Madoka. Everything looks clean and fits right. It’s a fantastic addition to my Nendoroid collection, and well worth the price (about $50). Madoka was released in August of 2011; she’s the first of the girls to get released. Homura hit in November, with Mami following in late December. Sayaka and Kyoko hit in April and May of 2012.