I have made absolutely no attempt at all to hide the fact that Kurumi Erika is one of my favorite animated characters ever. Her kinematic and explosive personality transcends the show that she comes from, and it in fact even has managed to sneak in time and time again throughout the various Precure crossover movies. It ends up being pretty fantastic accordingly.

Right out of the box, Erika is giving a wide and cheeky grin characteristic of her attitude. The winking eye is a nice touch that helps to make the sculpt more dynamic. Unfortunately it's also her default face. There is no regular default Erika face that comes with this toy, which is a bit annoying at times if you want to just have a regular Erika on your desk. But that's alright since Erika comes with another face that completely makes up for it. 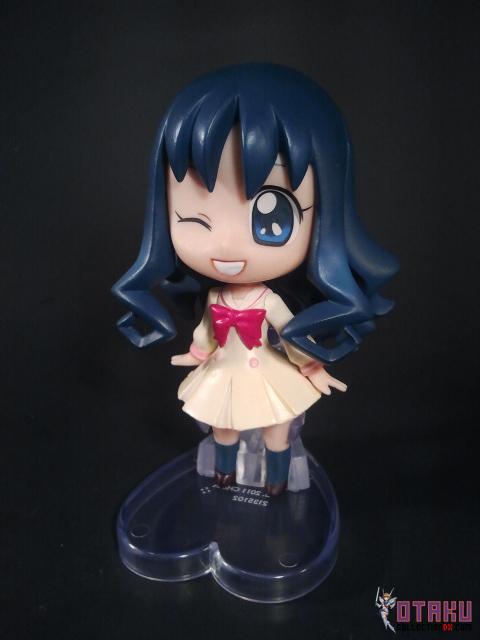 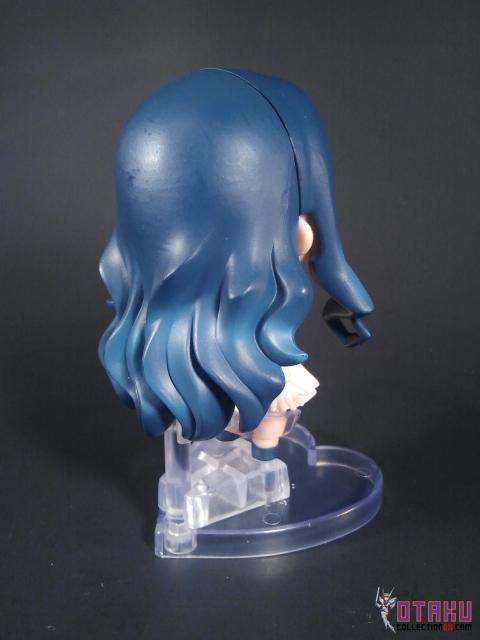 This toy comes with what perhaps may be one of Erika's most popular faces ever: her victory face. The alternate hands also allow her to put her hands at her hips to pose with absolute confidence. This is by far one of the best ways to display this toy. 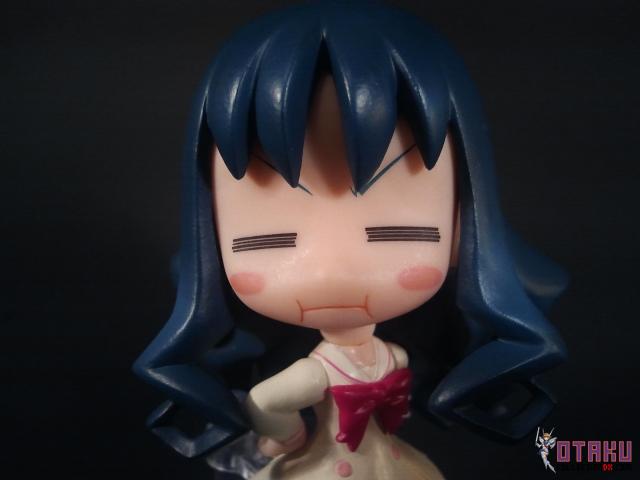 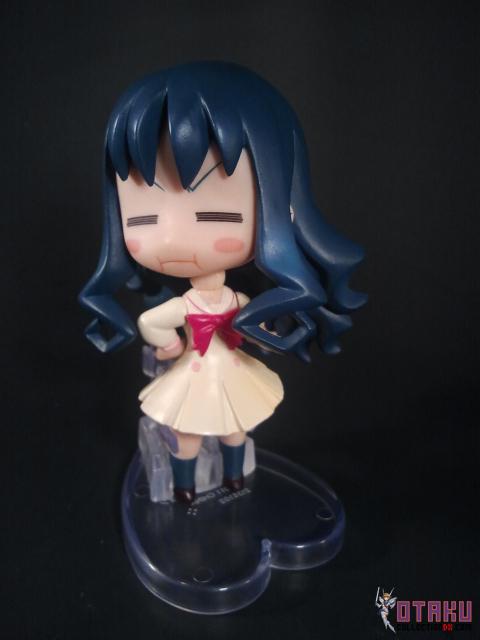 Her lollipop from that one scene in the TV series is also included. The paint is rather sloppy on my version of it, with white paint covering a good portion of her finger tips. 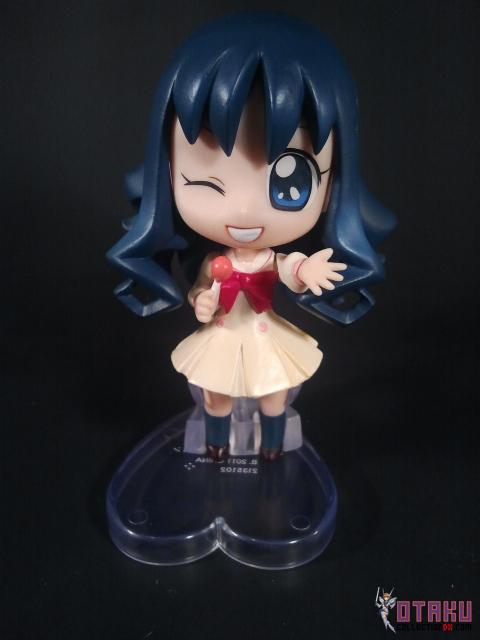 Just like the Tsubomi Chibi-Arts figure, Erika comes with a whole alternate body in a dress that makes it look like Erika is about to transform into Cure Marine. The white dress has a slight blue spray effect on it that makes the dress shine with the light, very similar to the slight sheen that D-Arts Rokusho has. This effect looks great and makes this body seem much more appealing to use instead of just leaving it in the tray. 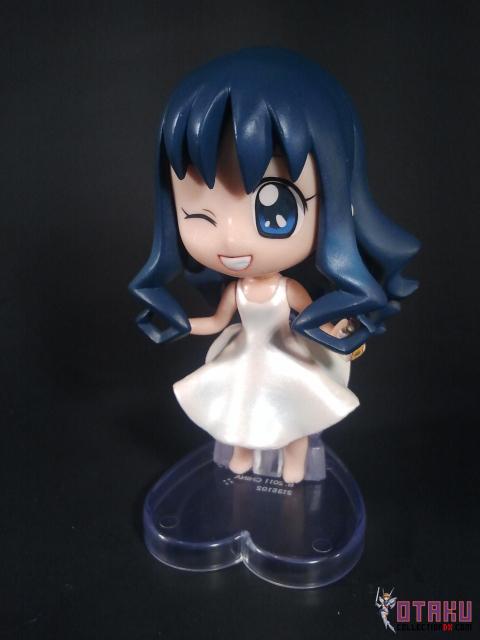 This body uses two sets of arms: the first arms are both slightly bent with her Heart Perfume in her left hand. This is great for when Erika is posing with her Perfume bottle. 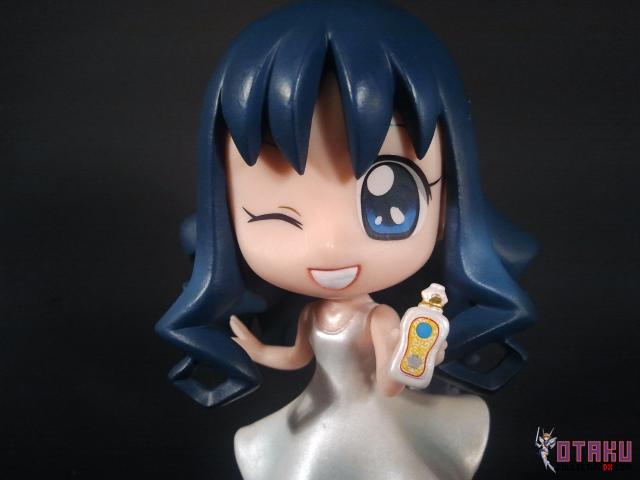 The other arms are used to make it look like Erika is holding the bottle to her chest. Using this with her closed eye face makes her look quite adorable as she gets ready to turn into Cure Marine. 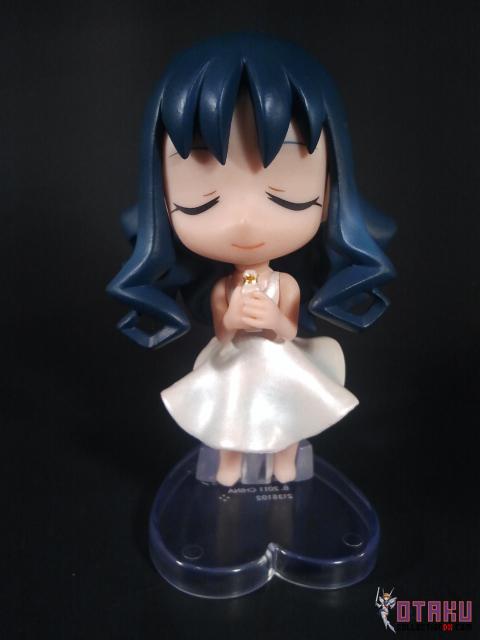 Erika's last accessory is a special one, and perhaps one of the most adorable. It's a special arm meant to be used with Chibi-Arts Tsubomi, which allows them to hold hands. 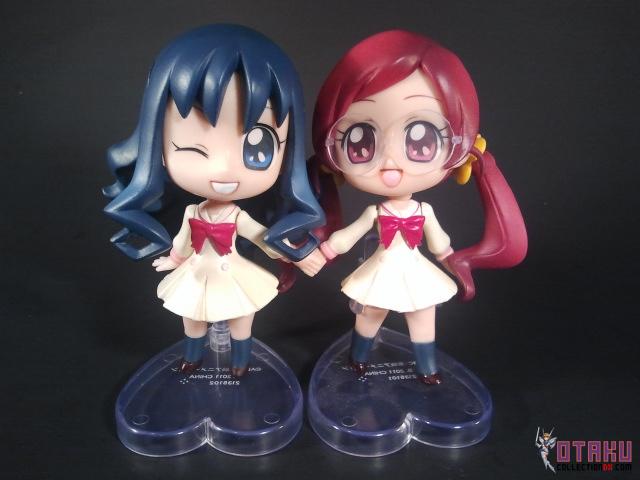 Erika also comes with a stand and several speech bubbles. As I cannot read these, they are useless to me. 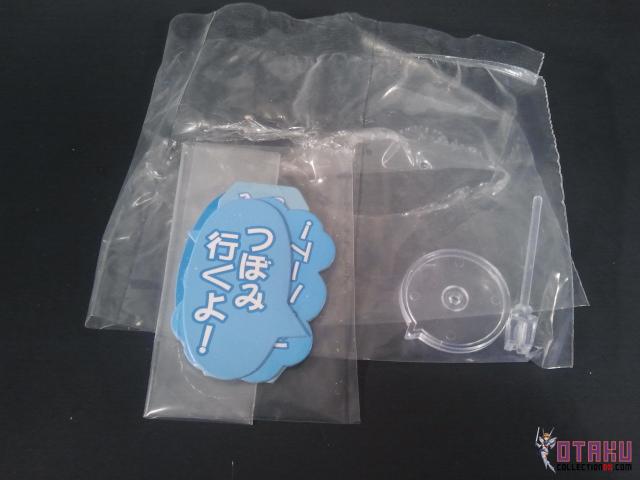 Considering this is also my first Chibi-Arts review, I feel I should offer some insight on the line as well as the character. Chibi-Arts is Bandai's answer to Good Smile Company's popular Nendoroid line. In many ways the line is almost a direct carbon copy of the Nendoroids. Despite that, they don't feel nearly as robust as Nendoroids would. The sculpting work is all pretty great and fantastic, but the paintwork is not nearly as sharp or detailed in comparison. A lot of the finer paint details are lacking, and there are a few locations with noticeable over spray, something that I expect to not be a problem for a company like Bandai. The joints they use for the heads and legs are not nearly as good. They are rather loose, leaving the heavy heads to easily topple in one direction or another. The joints are also bulky, and very noticeable in certain poses. The figure also relies on the stand, but not in a very secure way. Instead of a peg into the back, the figure's legs are supported via a cradle between both legs along with a piece of plastic that holds the two legs in place. This drastically limits the poses these figures are capable of, and almost nullifies the articulation in the legs as well.

The Chibi-Arts line on a whole is Bandai's attempt to get into the SD-adorable anime character line, and it's a bit of a hit and miss so far. The figures themselves look good, but some questionable paint applications and frustrating stand technicalities make this line a hard sell in a few ways. Despite that, Kurumi Erika is a very adorable figure and if you love this very loveable character, there's no reason not to get her.

Review sample provied by HobbyLink Japan. You can get your Kurumi Erika there!