The Joint Gattai series is an interesting concept, squarely aimed at playability as opposed to good looks. They are very much “Kids Toys”, so I was a bit apprehensive when approached to review these.

I’m glad I did, because these things are a lot of fun.

The idea behind the series is to make a series of modular Sentai robots with a common joint system, so that each can be combined with the other. The toys forego gimmicks like articulation and sound effects, and instead focus on a core building block system. 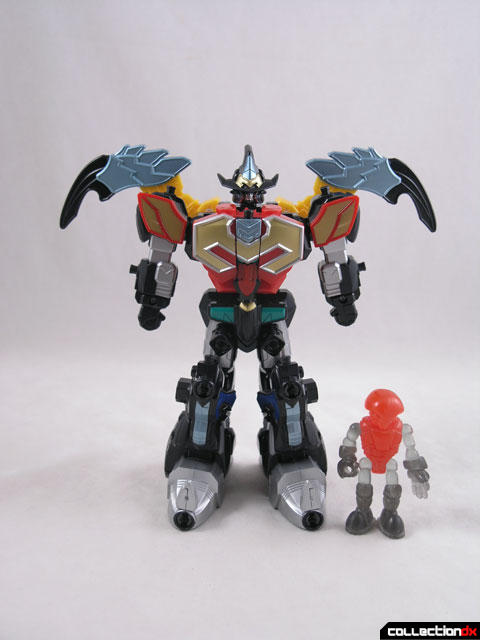 I know that a lot of the recent Sentai toys are already modular and compatible. These are different. They are smaller, cheaper, sturdier, and not only do the separate components combine, but those individual components also separate into separate pieces.

This is the first one I have, the Joint Gattai Magiking. Magiking of course comes from Magiranger (aka Power Rangers Mystic Force). 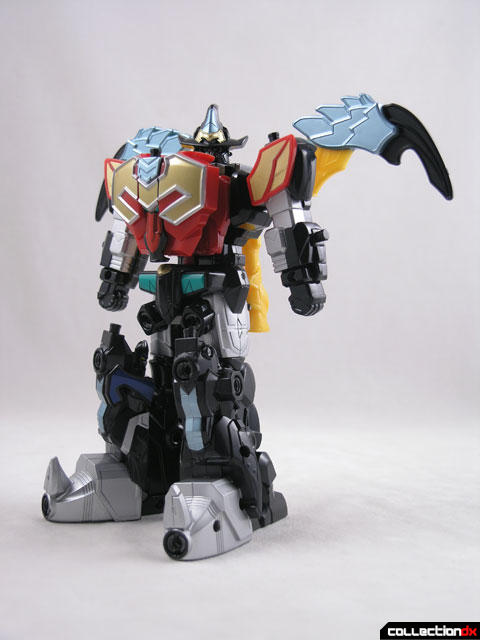 The toy is packaged in a sturdy window box, with images of the various combinations adorning the sides. 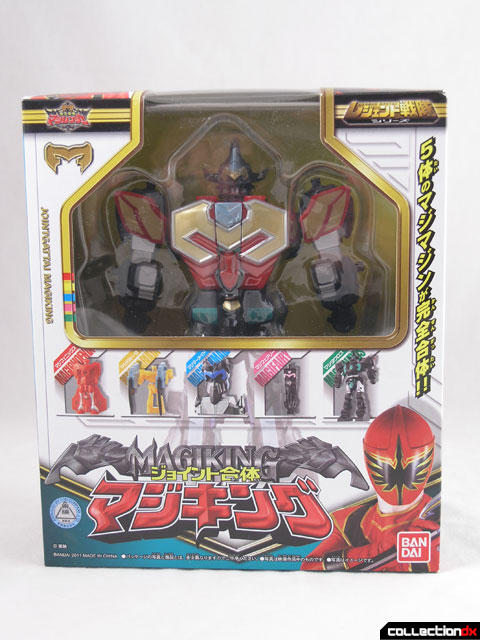 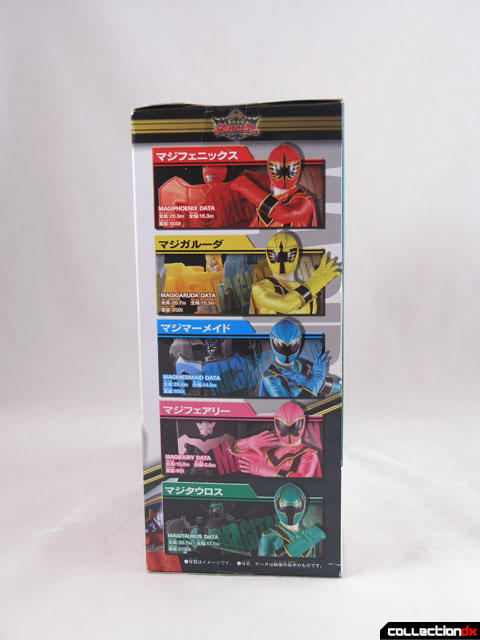 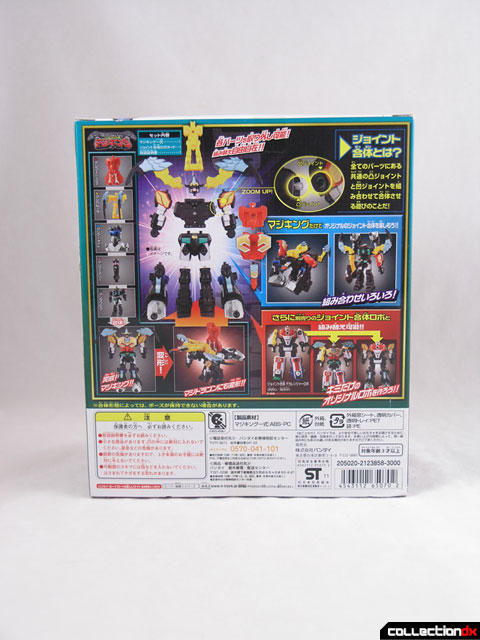 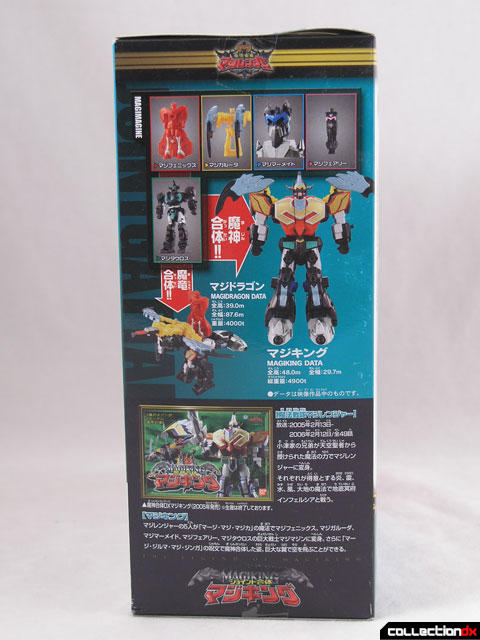 When you take the toy out it is mostly assembled. You need to add the front part of the legs, and the wings. 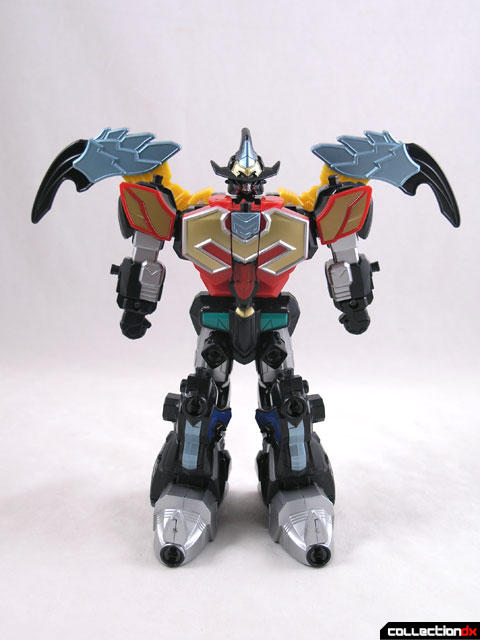 Combined robot mode is actually pretty cool. There’s no hiding the connection points, but the sculpt is dynamic and powerful. The only meaningful articulation is in the head and arms. 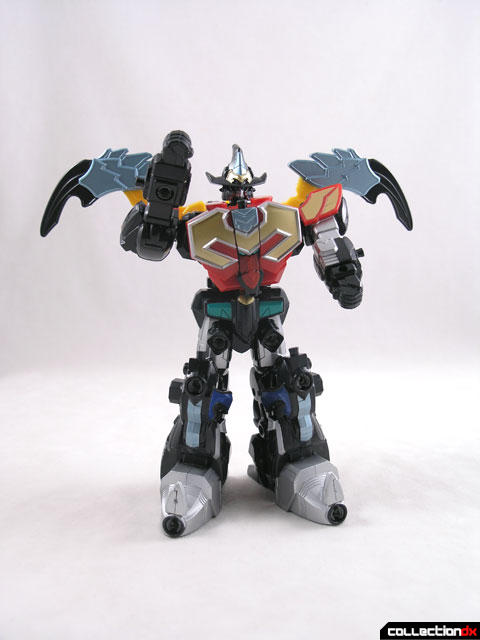 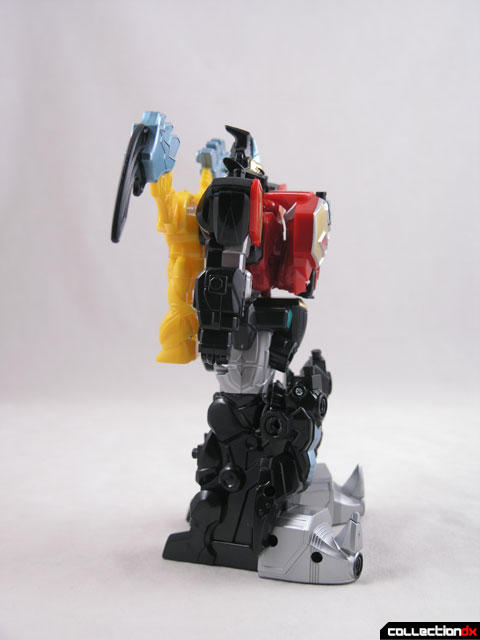 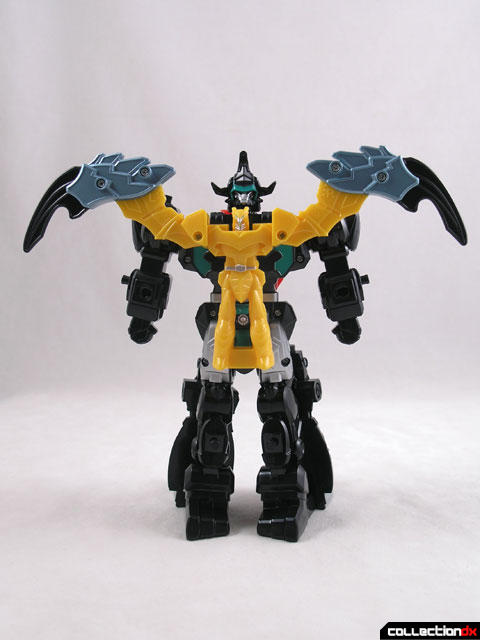 The toy is designed to be reformed into three modes, so we will tackle those first.

When you break down the individual components, there are a lot of parts. Much more than you would think. 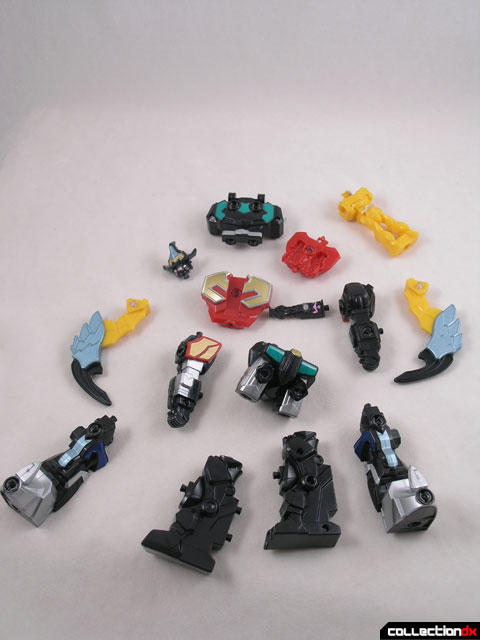 From the parts you can re-assemble the members of the Magiranger Team: 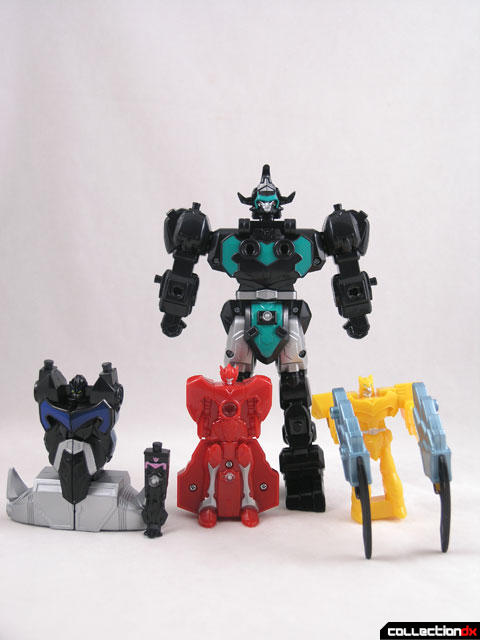 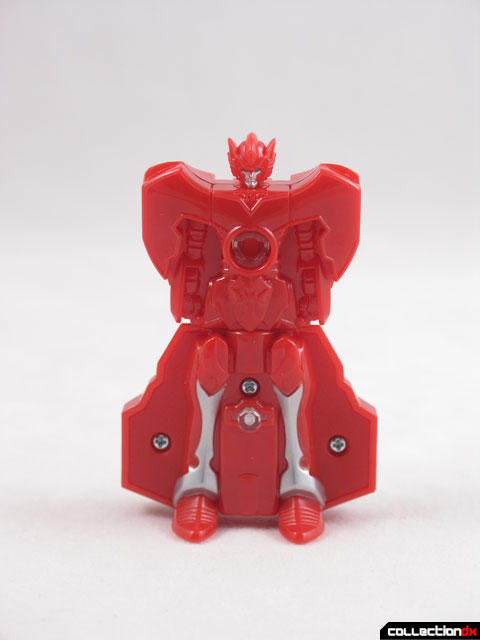 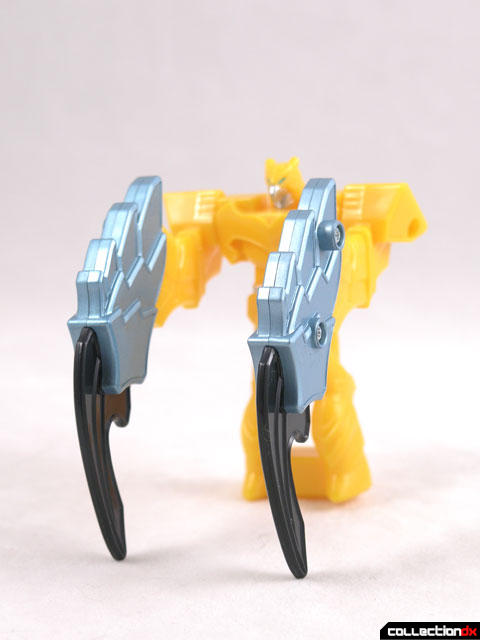 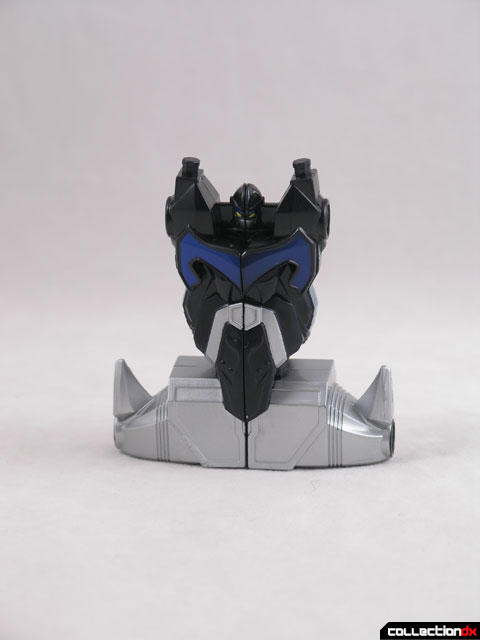 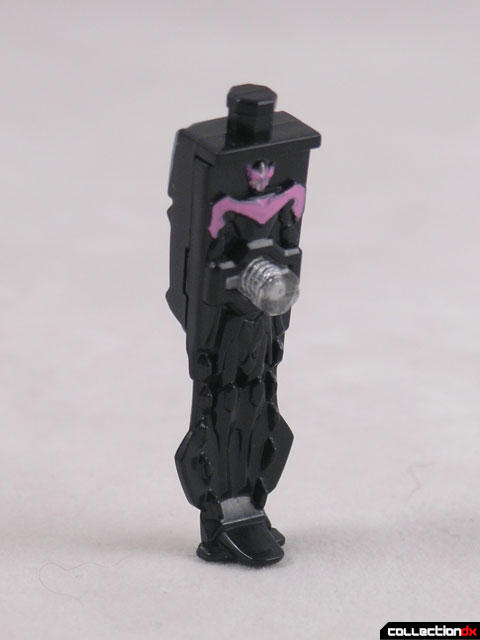 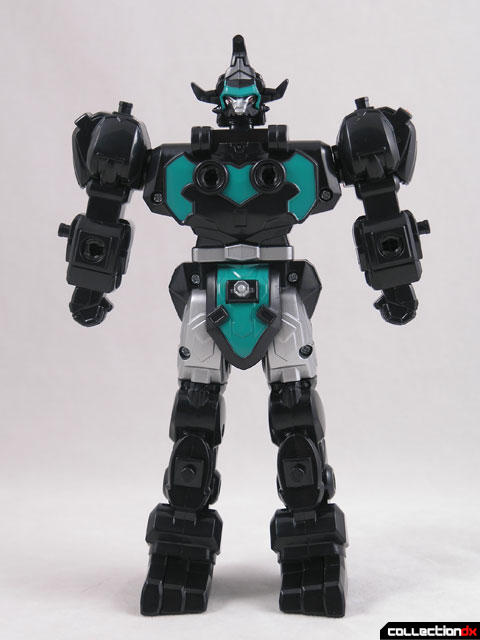 These are obviously not in scale, nor do they look particularly good, but they serve their purpose.

Follow the instructions on the box to create Magi Dragon with Magi Phoenix riding it. 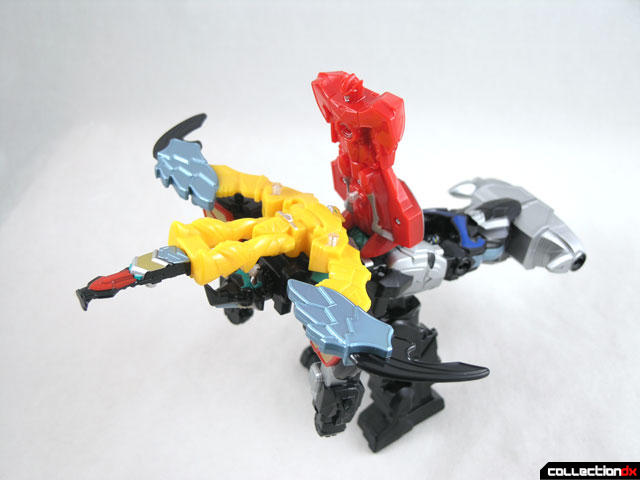 Once again, awkward, but we’ve been able to use all the parts to recombine in all three modes. 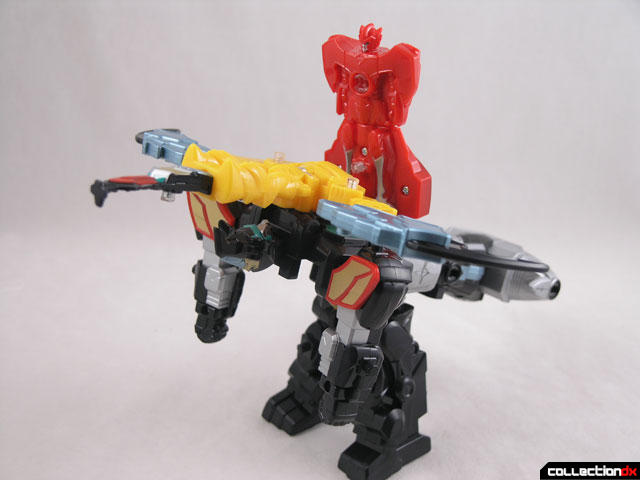 Here is where the real fun began. I began to make my own creations and saw how I could create new mecha from the parts.

I have named these creations as follows: 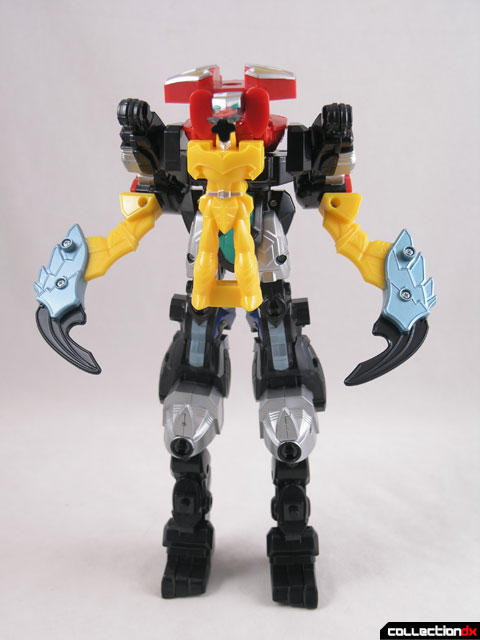 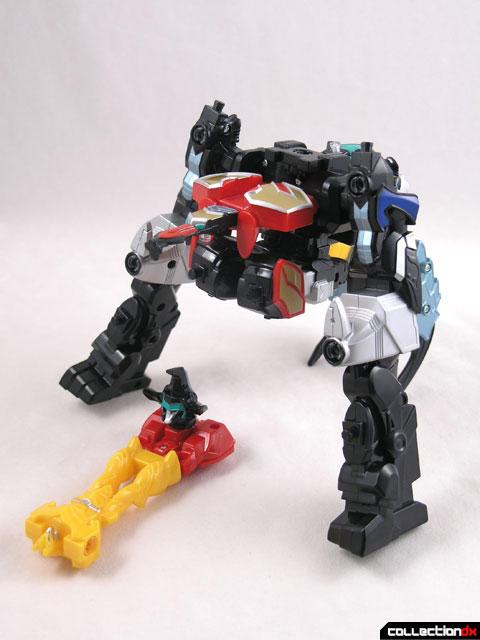 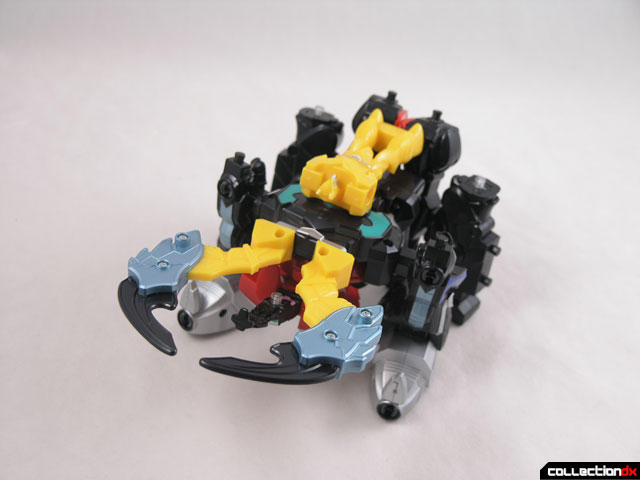 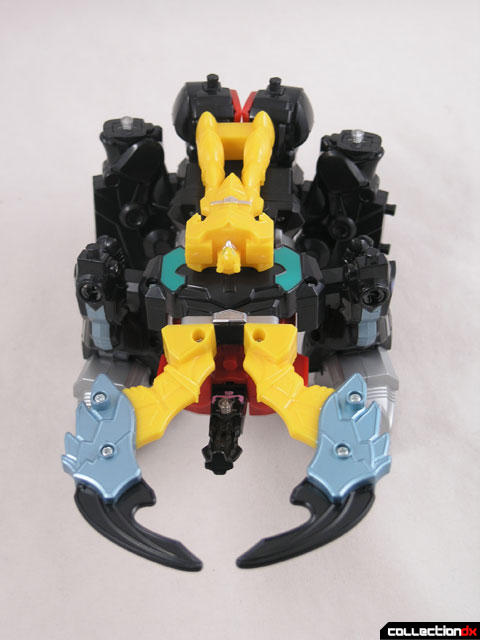 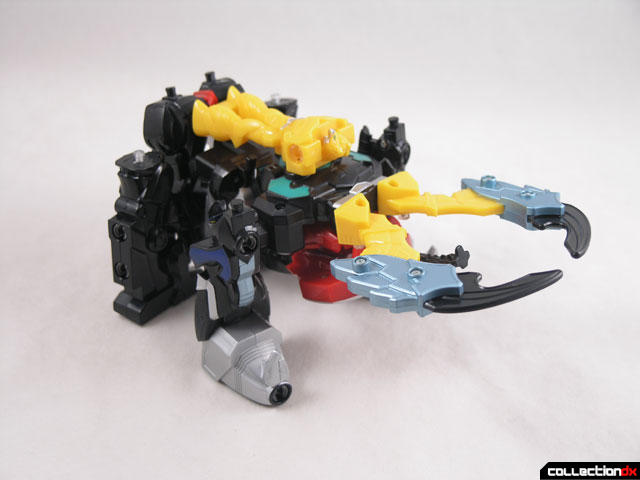 Keep in mind, I made these with only one set. Imagine what you could do if you had some of the other sets? The possibilities boggle the mind.

This may not be for the Sentai purist, but they are a lot of fun, and I think they are worth checking out. You may be surprised as to how long you end up experimenting with them.

I have every single Joint Gattai released so far, and I have not made anything half as cool as Magi Beetle D: !!

That's pretty cool! Its like Super Sentai Legos in sense. I had no Idea that the Joint Gattai robots had that kind of versatility , I always thought that they just allowed the swapping of limbs.