The girls of “Madoka Magica” ruled 2011. They appeared everywhere; they could be found on merch, all over DeviantArt and Pixiv, and they appeared anywhere fans talked about anime. They converted non-magical girl fans into MG fans (and I should know - I was one of the converted). A year ago, if you told me I’d be collecting merch for a magical girl anime, I’d think you were mental. And yet, here we are. My second “Madoka Magica” Nendoroid has arrived - Homura.

Since Madoka and Kyubey already live her, they thought they’d give a hand with opening the box. 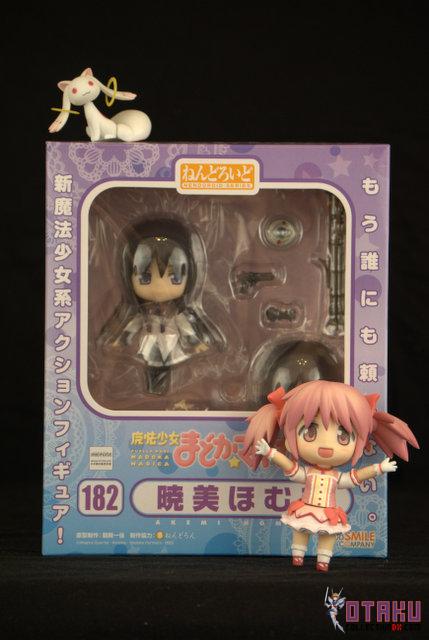 Homura comes in the standard Nendoroid box. Note how happy Madoka is to have her best friend.

You can see the various bits Homura comes with in this plastic casing shot. She has two faces (an all business face and her braided hair/glasses face from the flashback scenes), alternative arms and hands (the better to hold her rocket launcher with), her little silver shield, a gun and a bomb. Her stand is the one all “Madoka” girls come with - it features several holes, good for a variety of placing positions (and, later, for propping up Mami’s guns or Sayaka’s swords). 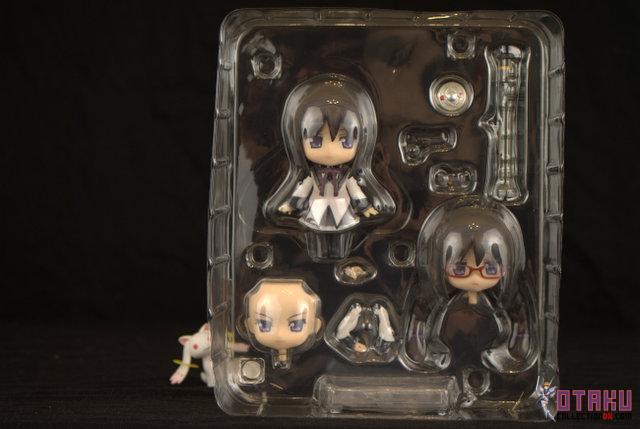 And here she is out of the box. 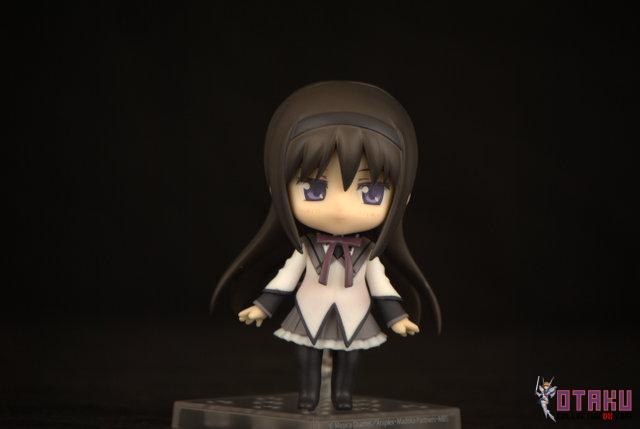 She’s really rather lovely. Homura has the beautifully shaded eyes that grace all the characters in “Madoka,” and her paint job is very nicely done. You can see just a hint of pout on her lips. 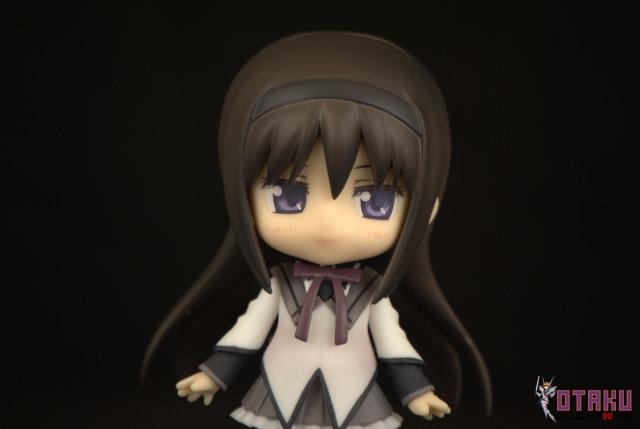 From the side you can see the build of the base (as well as all of those holes). You can also see the sculpt on Homura’s boots and the diamond pattern along her legs. Her pieces fit together well; all of that hair doesn’t get in the way of the back stand port, her skirt holds tight nicely (unlike other Nendoroid - namely, Kuro Neko) and her hands and legs have a nice tight fit. What you can’t see is the part in her hair - the seam is as small as Nendoroid hair seams can be. Everything fits together very well. 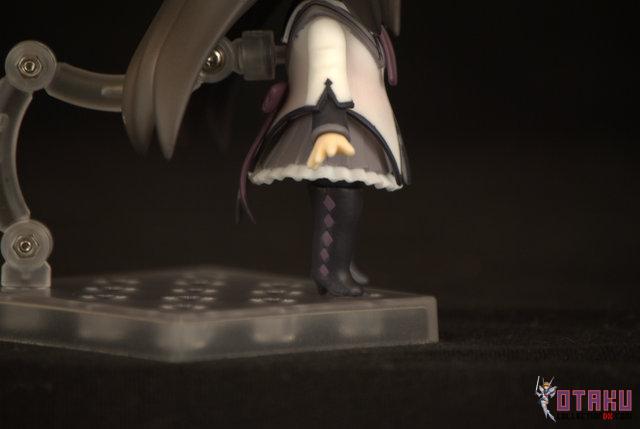 Here she is with her glasses, the look she sported from her early days magical girling it up with Madoka. The glasses are attached to the front hair piece. The ends of her braids, from the purple hair bands down, come free. For what reason, I couldn’t tell you. 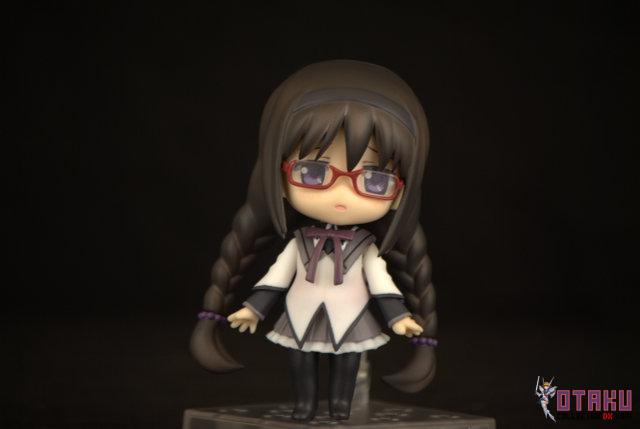 Poor Homura spent so much of the early days trying fruitlessly to save Madoka. 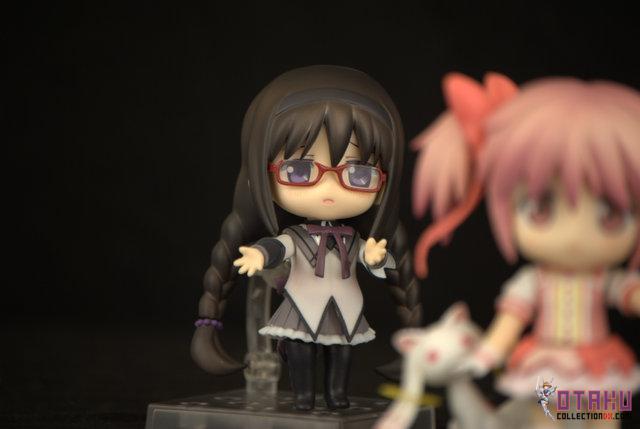 Here she is, all business, armed and ready to go. One of the first moments in the anime when I knew I loved Homura was the moment she pumped him full of lead. The shield she uses to manipulate time is a simple ring that slides over the arm once the hand is removed. Easy. The disc does come off, but it goes back on very easily. Her hand has a peg hole for the gun. 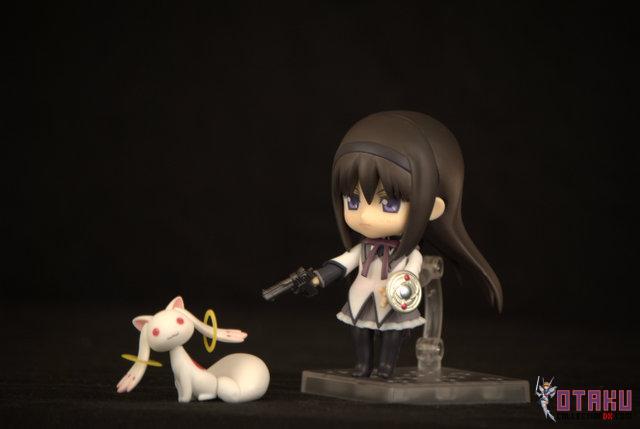 Check out the little purple soul gem on her hand. 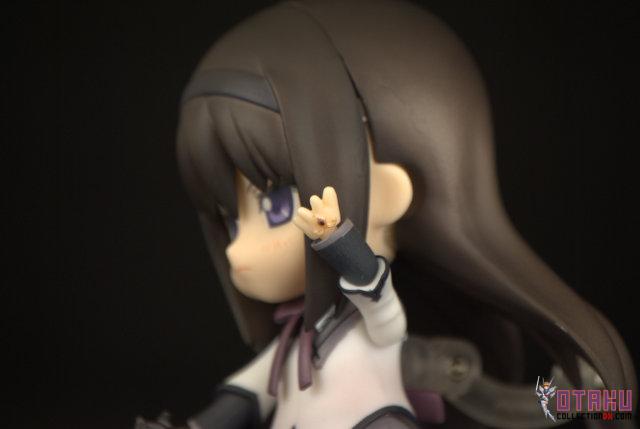 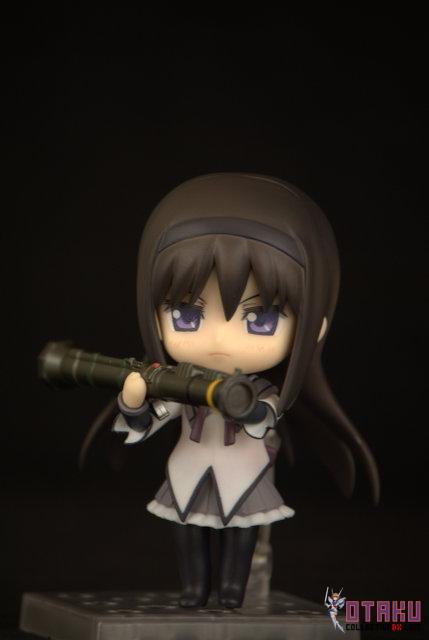 Her second set of arms work with this bad boy, and the bazooka itself has an arm mount that makes propping it up easy. Again, there is a peg that fits into the left hand for ease of attachment.

And from the side: 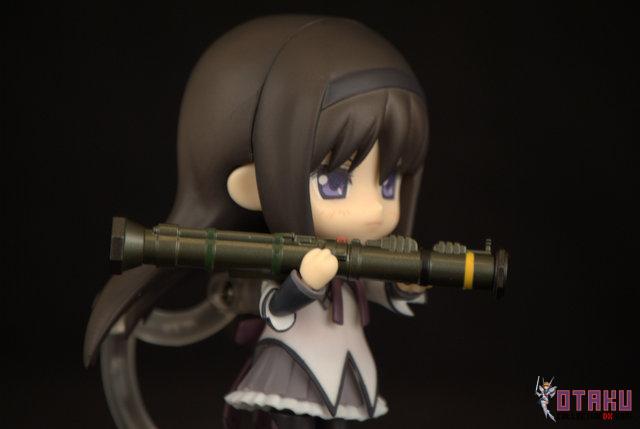 Note the seam in her hair. Tiny, isn’t it?

As with other Nendoroids, you can switch out her face. This one belongs to Madoka. Clearly, QB fried her circuits. 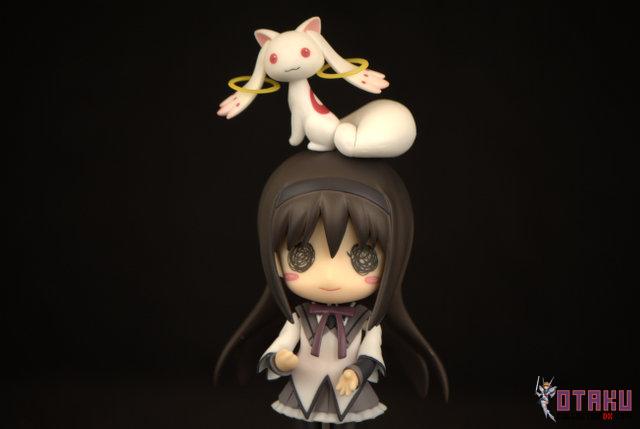 The last of Homura’s weapons is the bomb. For when pumping Kyubey full of lead isn’t enough, obviously. 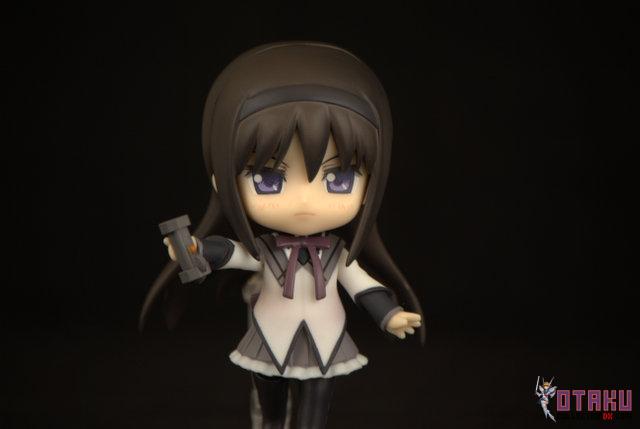 She’s a lot more hard core than she use to be. Evidence: 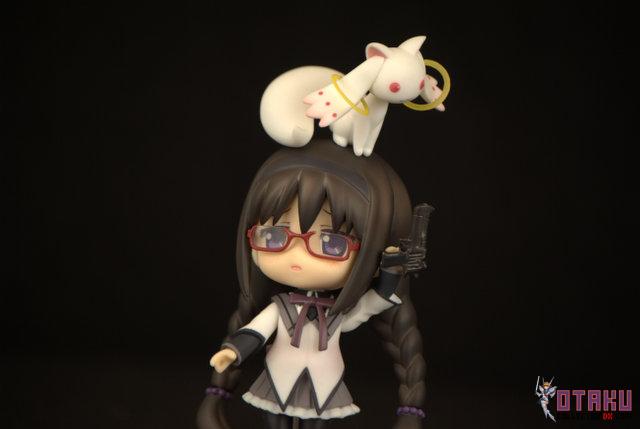 And one last shot for the road: the two friends, side by side, ready to kick a little ass. 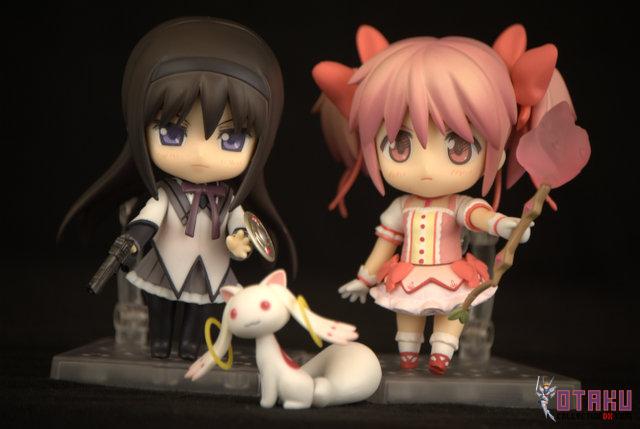