I don't know exactaly where the trend of transforming letters begain, but it was probably with the Alpha-Bots toys in the late 80s. If you don't remember, this was a set of letters that transformed into robots. They were very Playskool-like, and probably came from Japan to teach Japanese kids English. So the idea of letters transforming into robots is not really new.

This line - Mojibakaeru - flips the coin a bit and makes Japanese kanji characters and transforms them into the animal they represent. Pretty ingenious, no? 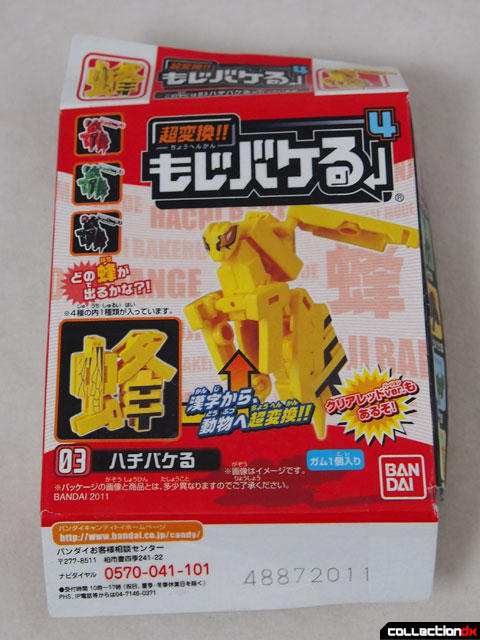 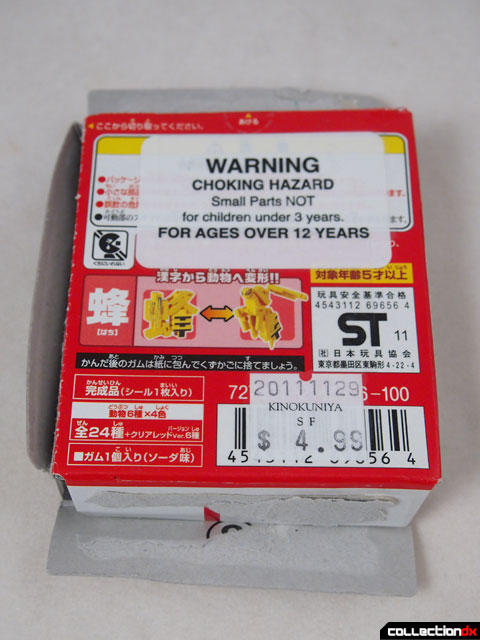 Each comes in a box and there are an assortment of colors each comes in. While you can tell which kanji you are going to get from the box, you cannot tell which color you will get.

In this case, I got Hachibakeru which transforms from the kanji symbol Hachi to it's animal form, that of a bee. 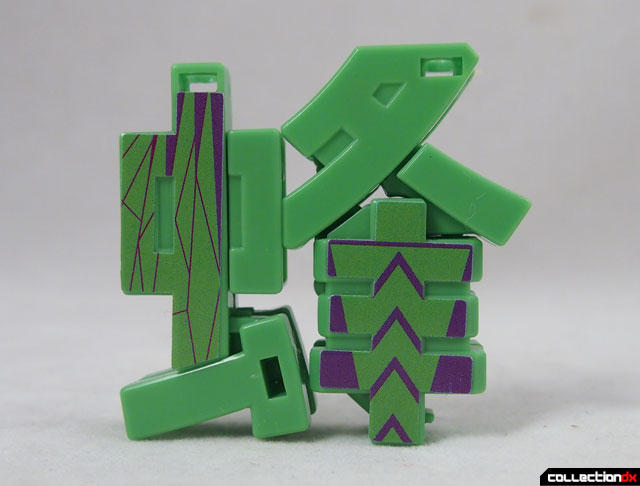 Unfortunately I got the green variant instead of yellow. It's also available in red and black. 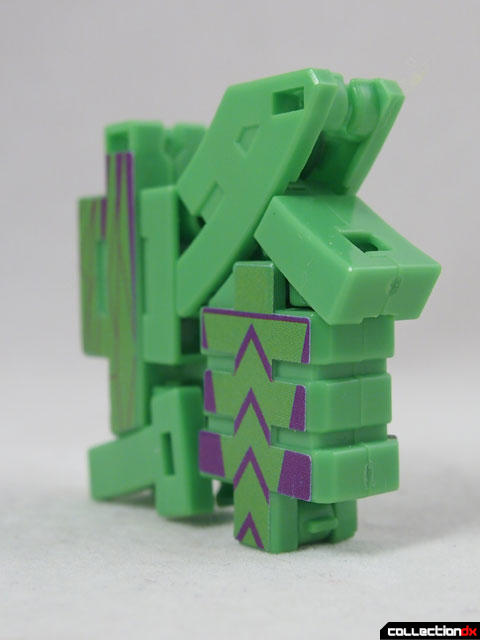 When you open the package you get a jumble of parts and a sticker sheet. The instructions are printed on the inside of the box. It's more like a model kit at this point. 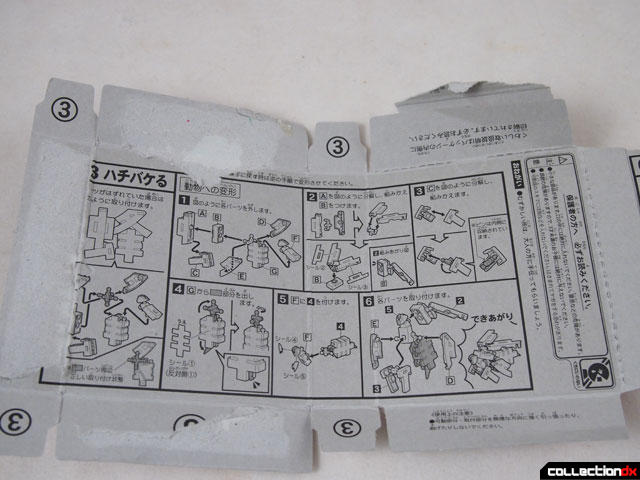 The first form I build is the kanji. It looks like a kanji until I add the stickers, then I think they detract a bit. 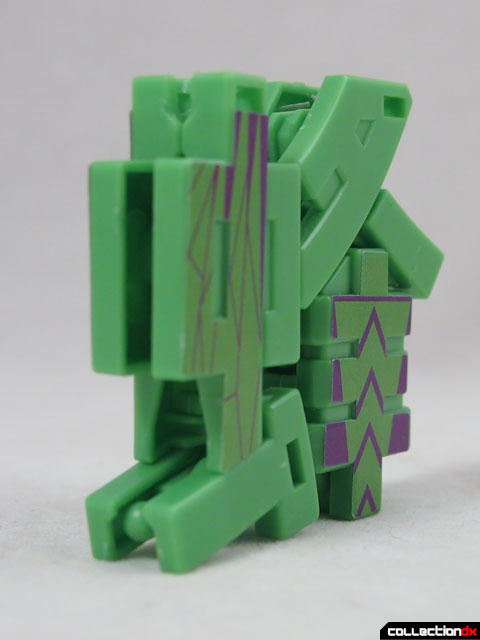 It doesn't so much transform as it does disassemble and re-assemble. 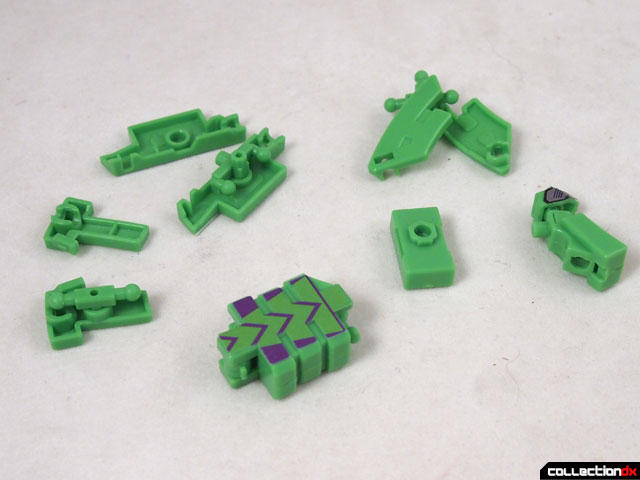 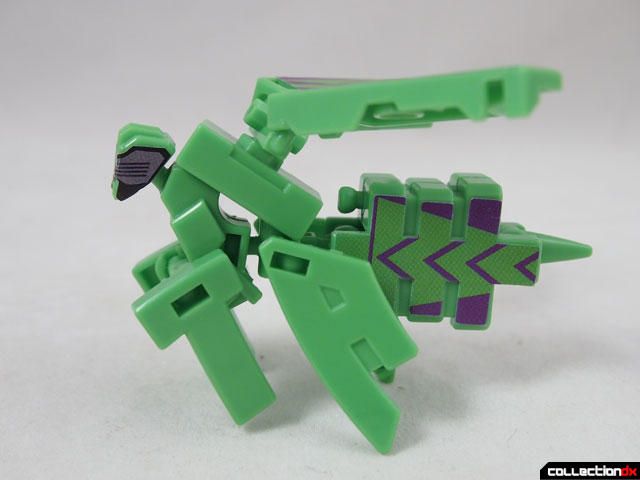 The plastic is good - it's on par with other candy toys. The sticker on the face likes to peel up due to it going over angles. 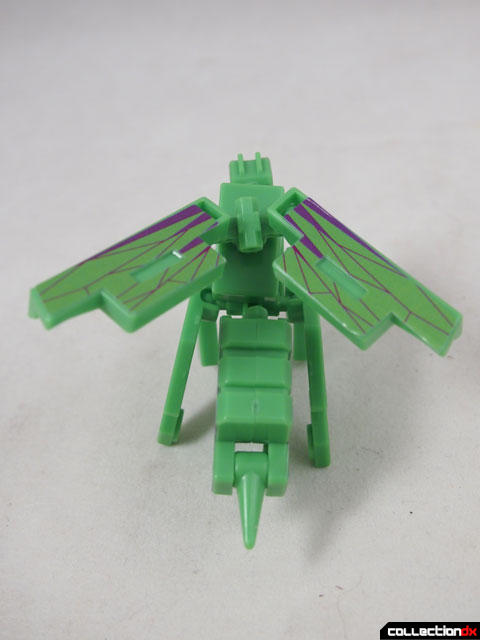 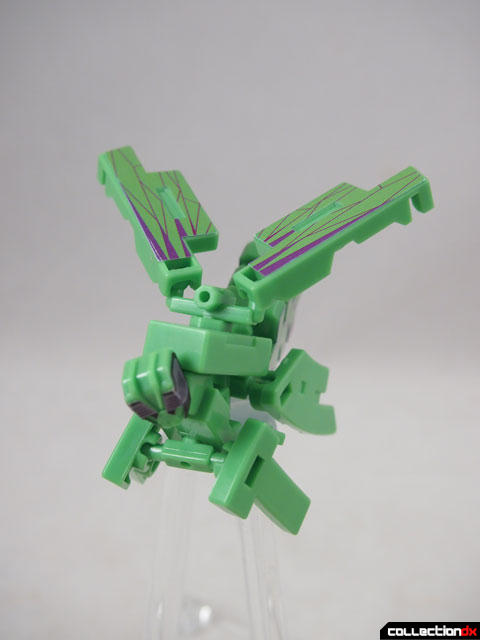 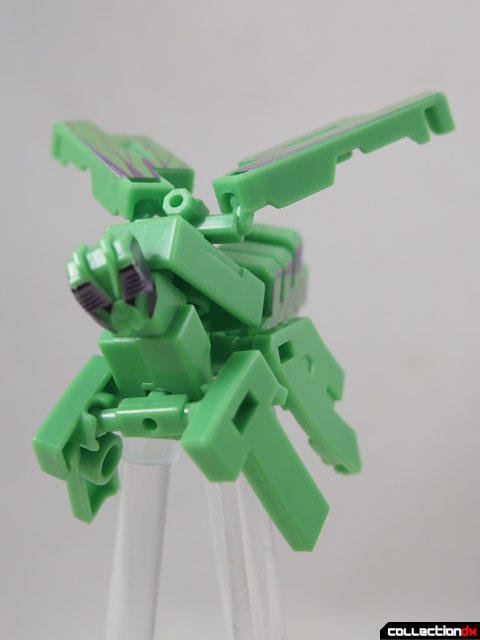 Overall these are pretty neat. I have a few more to show you in the future, so stay tuned. 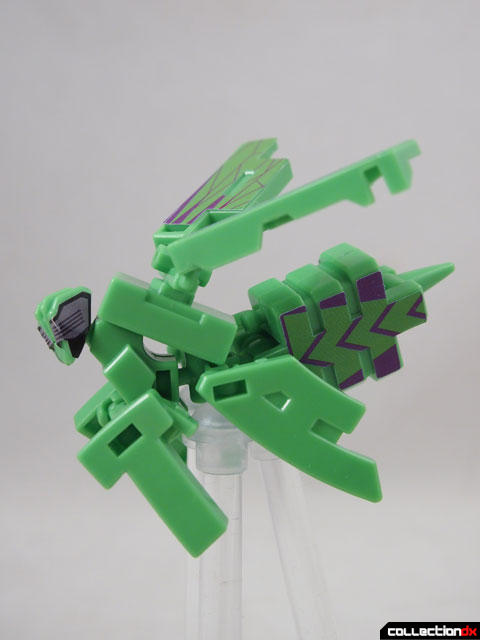 Wow, this is actually kinda cleaver. But I agree that the decals kinda throw the kanji off.

the stickers can really be a pain over contours... i like to clean up with parts with some window cleaner in a paper towel before applying, gives them the best chance of sticking... if they still peel, tiny dabs of crazy glue with a toothpick will fix them right up...