The RX-78-2 is quite possibly the most recognizable Gundam ever. There are countless toys of this Gundam to be found everywhere. Tons of bootlegs bear a striking and unmistakable resemblance to this very popular Gundam.

Bandai does not tire of making RX-78-2's for our consumption as long as we don't tire of pulling out the greens from our wallets to buy them. I have here Bandai's Robot Spirits RX-78-2 release.

Before we start, many of you readers will remember that a review for this figure was already done here on CDX This is essentially the same figure, but a second release with a different toy number, extra hands for easier weapon holding and the Hard Point attachment system.

The figure comes in this box which is similar to #78 but you'll notice in the lower left corner that the numbering system shows #78-2 in a yellow box instead of blue. 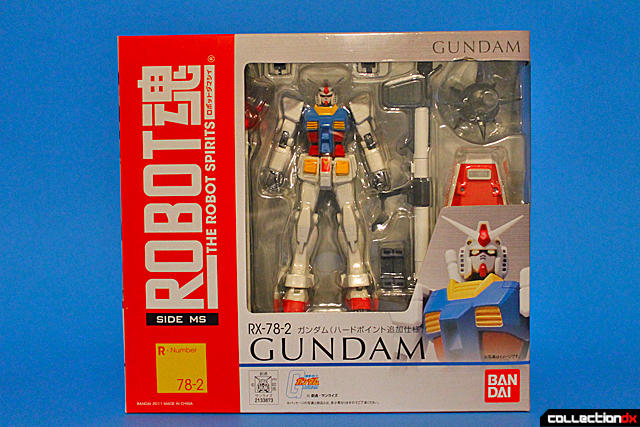 The figure itself is of high quality. The sculpt and proportions are really nice. 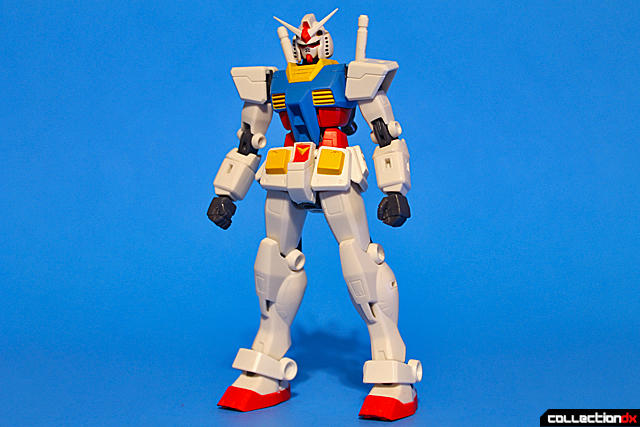 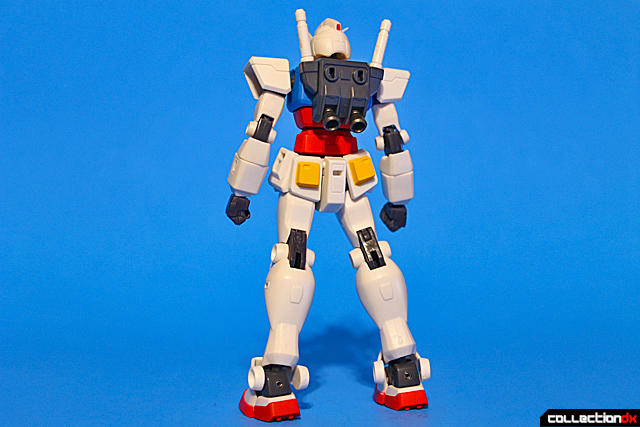 Articulation is really good on this figure. Joints are nice and tight with no flop. If he looks strange, that is because I forgot to mount the saber handles onto his backpack. 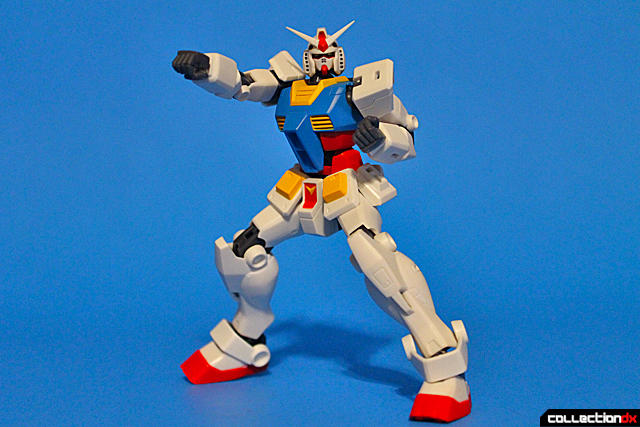 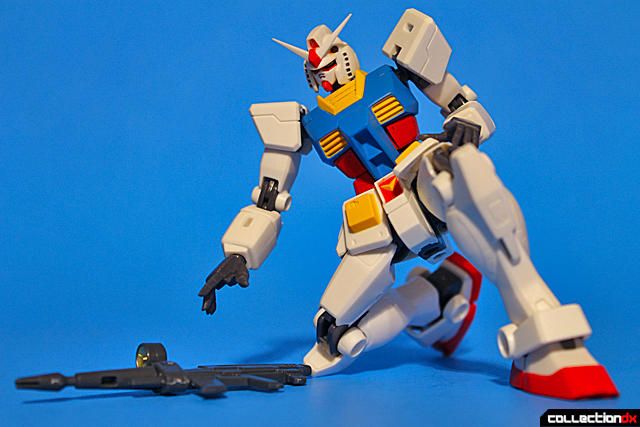 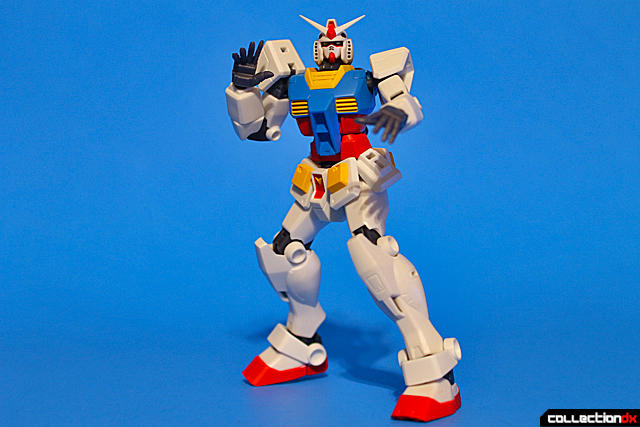 The figure comes with a variety of hands to suit different poses and actions. He also comes with a nice array of weapons. Seen here is his beam rifle. 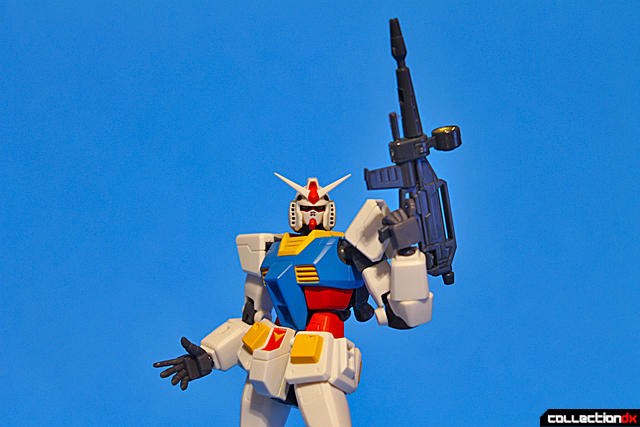 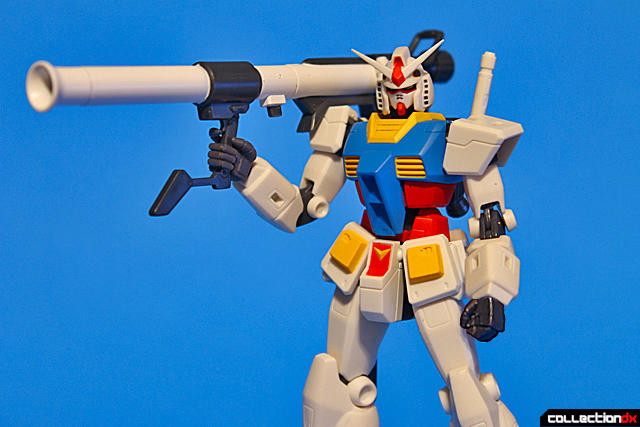 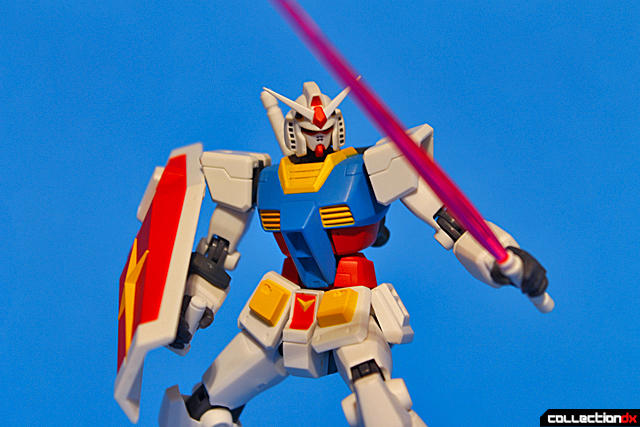 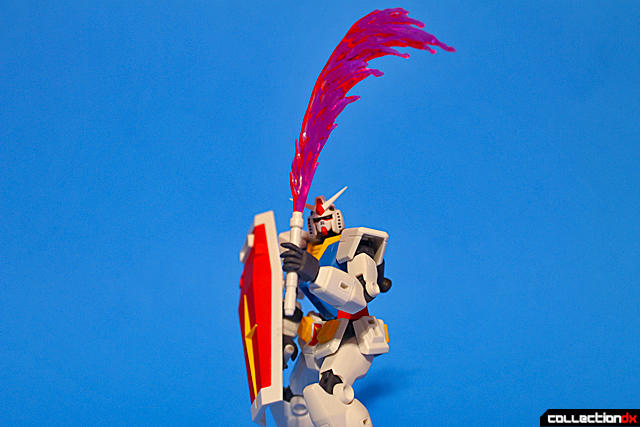 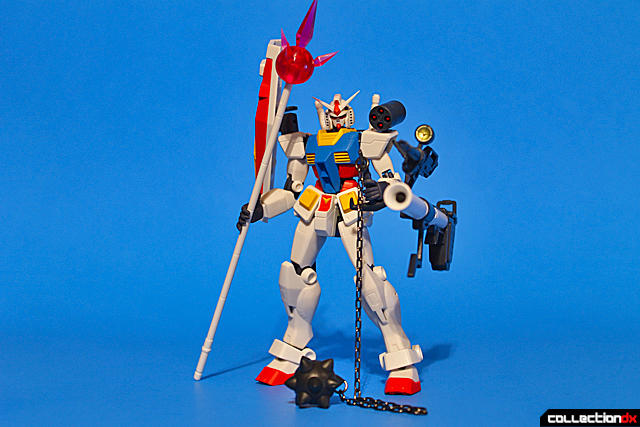 A neat feature is this piece which allows you to wind up the chain and store it on his side or wherever there is a convenient attachment point. 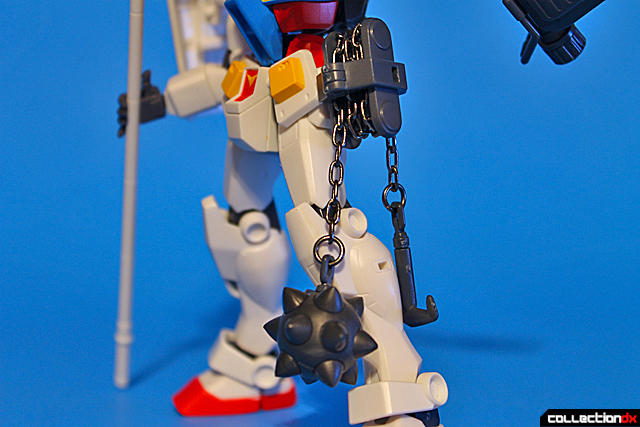 Shown here is the Hyper Hammer which uses the same chain setup as the Gundam Hammer. The spikes hurt a tad more. Yes, the chain is metal. 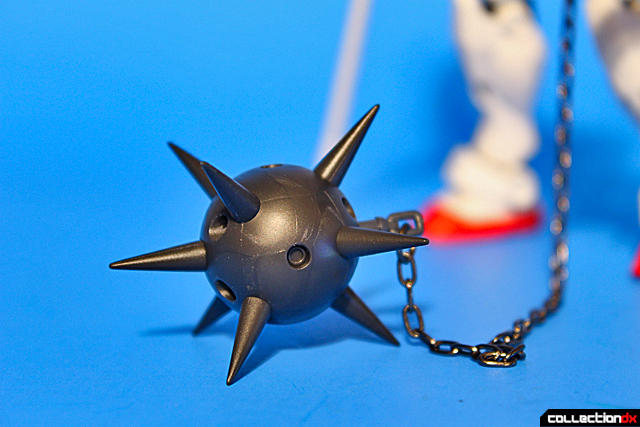 If you have the original Robot Spirits RX-78-2, the small differences may not warrant a purchase unless you are a huge fan of this design. Overall though a very fun figure of a very cool Gundam.

"Who took my beam sabers?" 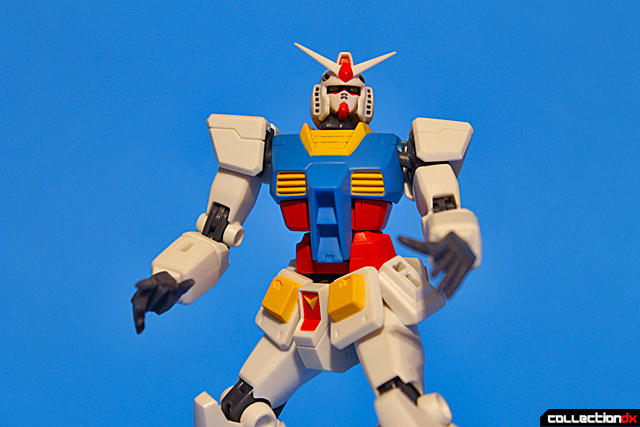 Whoo boy...those new hands make a BIG difference to me. I hope one of the repaints use these new hands. I don't know if it's enough to make me buy a whole other one, but I certainly wouldn't mind a new one in different colors make use of those awesome new hands. The hands on the first version are just...pathetic.

I'm with this guy. The hands make a big difference in this release. How well do they hold the weapons compared to the first RX-78-2 RS release? The first one holds it well enough if one does not play with it. But if one does not play with his toys, then one might as well just buy the damn Real Grade/HG 1/144/Master Grade/Jumbo Grade/ EVERY SINGLE RX-78-2 KIT OUT THERE INSTEAD OF A TOY I CAN WOOSH AROUND THE ROOM WITH.

So, good sir, does this toy hold his weapons well with his hands? Beam saber? Rifle? Bazooka? Or must I skip on this purchase? Thank you very much.

Ya know, strangely enough, you CAN woosh around the room with most of the RX-78 models that I have! Especially the HGUC one. Very sturdy, and since you have to take apart the hands to put stuff in them, it means he literally can not drop anything! It's funny when a model that could break if you drop it does better than one of these suckers. The first version RD's hands are just inexcusable for a toy. The sculptor musta got smacked by something heavy while in the middle of designing those stupid hands. ESPECIALLY since this figure has so many heavy accessories that just fall out of his hands while he's just standing there...