Ahh, “One Piece.” It brings us pirate-y fun, shonen-y action and the motherload of merch. There aren’t a whole lot of shows out there with more merch than “One Piece,” from statues to wall hangings, tradeable figures to clothing. 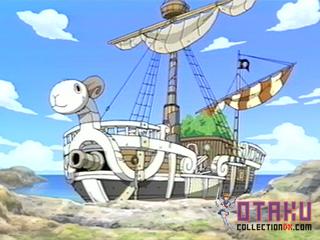 In the tradeable figure category, I present the good ship Going Merry. Going Merry is made up of six pieces, sold individually. These aren’t a blind box, as you can see; each box shows what’s inside. 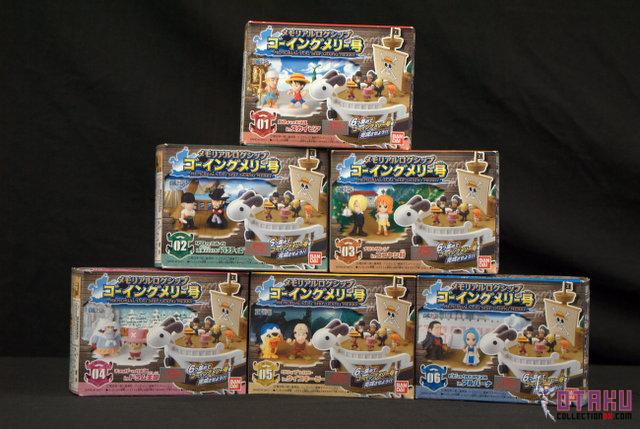 Here are all the sides: 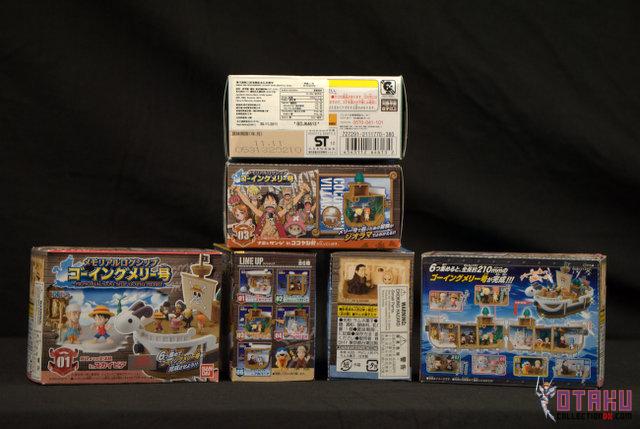 And here is the back of the box, which is identical on each one. 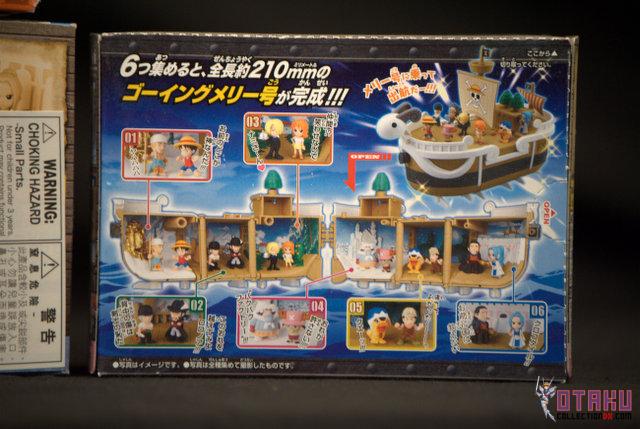 This is the inside of the box. As you can see, it gives you a diagram for constructing the pieces. 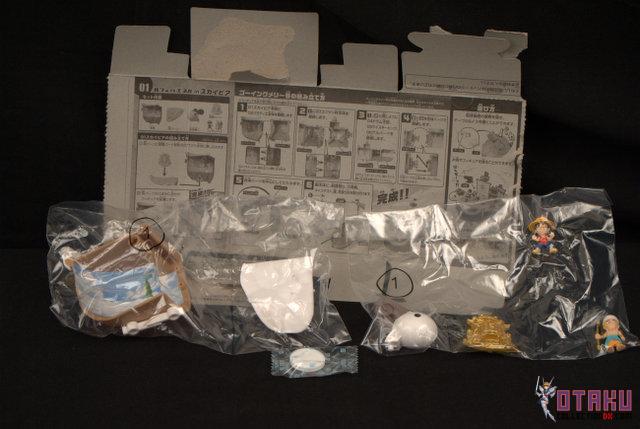 The pieces of the ship are comprised of two parts; the exterior, which is the ship itself, and the inside diorama, which features two characters and a background from the show. The first set is Luffy and Eneru. You can see the ship piece has the ram’s head. 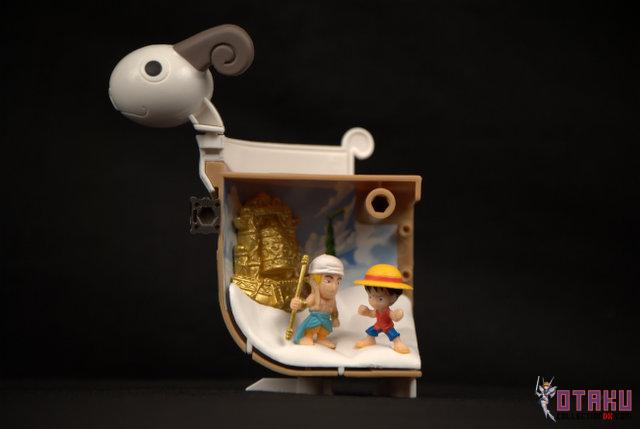 The pieces aren’t terribly difficult to snap into place. Each set has footprints sunk into the plastic, so it shows you exactly where the figures belong. Sometimes the figures are easy to set in place, and sometimes they seem to want nothing more but to fall over. Case in point: set #2, Zoro and Mihawk. 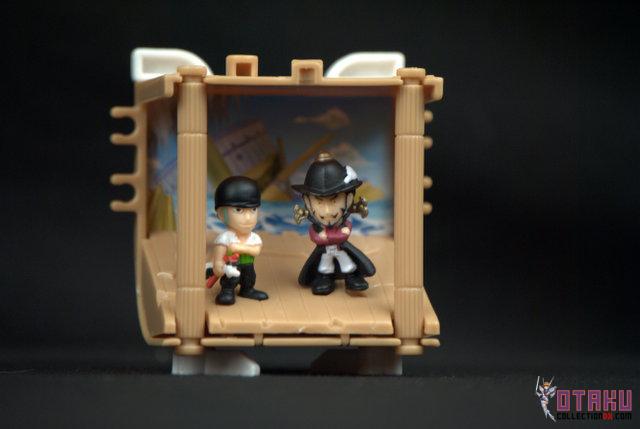 Zoro seems pretty happy to stand next to Mihawk, doesn’t he?

You can also get a look at the ship’s ‘feet.’ Each set has two little adjustable feet to help the parts stand up properly.

Set three features Nami and Sanji. Those bushes were a bitch to get into place. 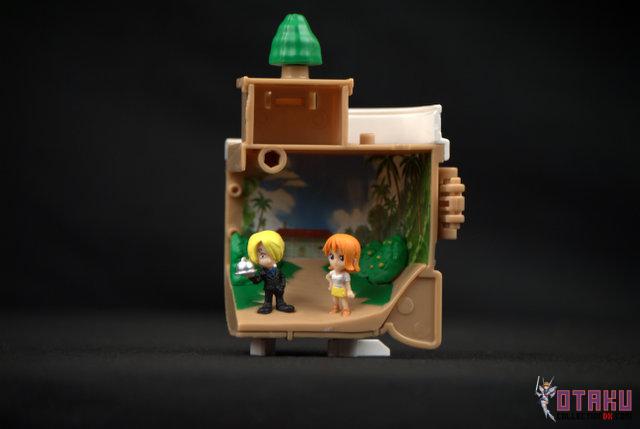 Look out, it’s Tony Tony Chopper! He’s chilling out (get it? Get it?) with Wapol. This ship piece is pretty awesome, as it features a little bit of pirate flag action. 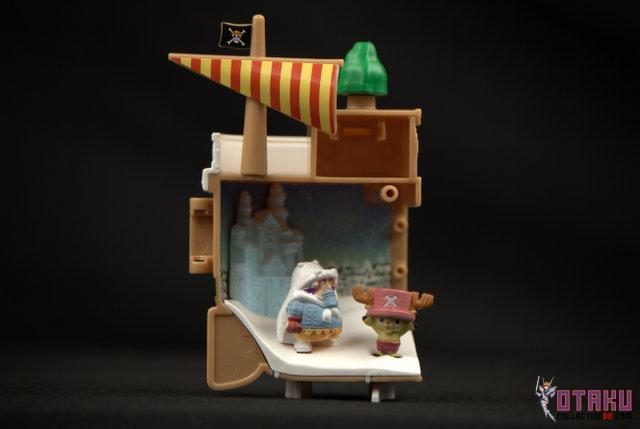 Piece five features Usopp and Carue. The best part about this piece? The sail. Aww, buddy. 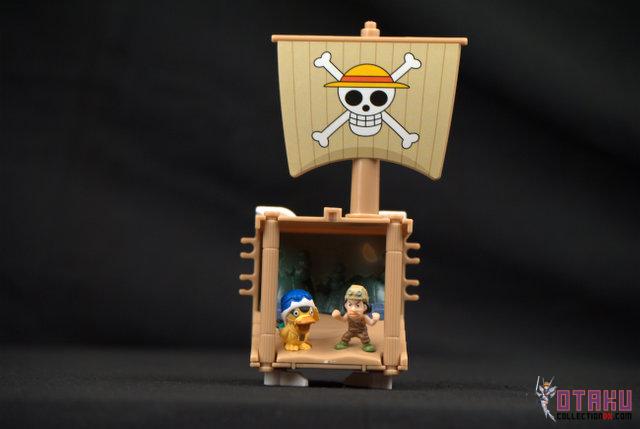 The last piece gives us Crocodile and Vivi. There’s not a whole lot going on with the ship’s exterior here. The building in the background of the diorama really wants to pop out. 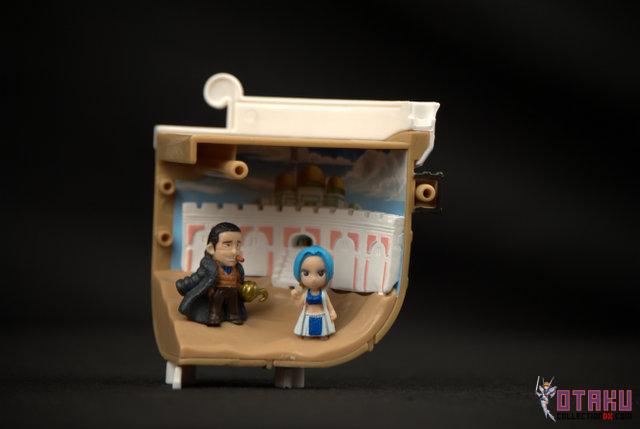 Now let’s assemble all the pieces. 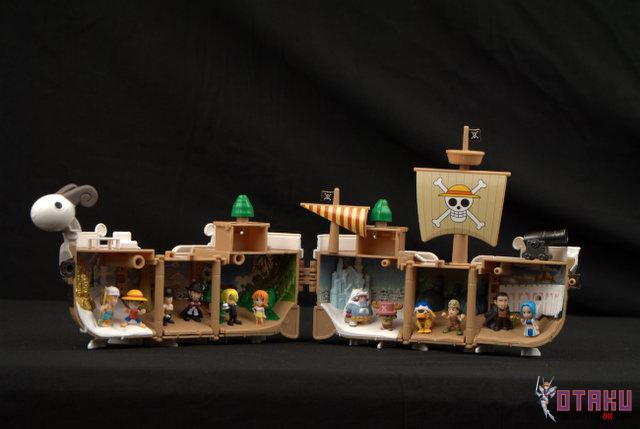 The pieces go together in two sets of three. To connect them, the sides have pegs and little latches that go over the pegs. It’s super easy to do. There’s a hinge that connects parts three and four, which later we’ll use to put the ship together. They look pretty impressive lined up, don’t they? 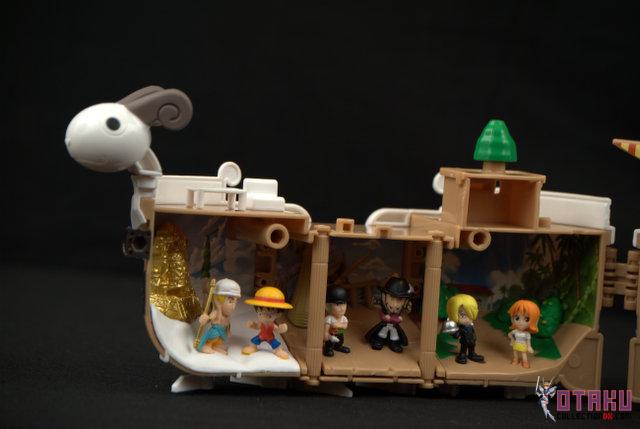 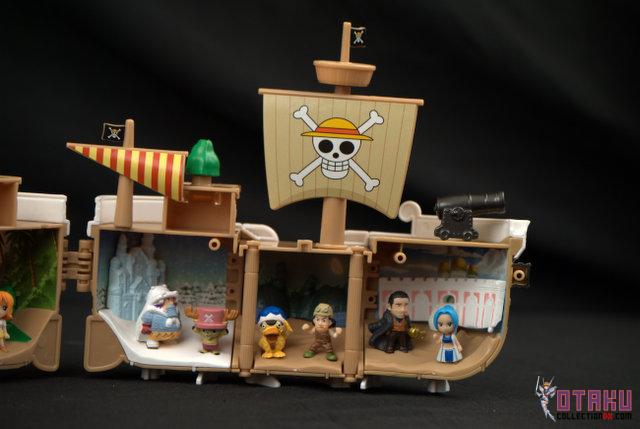 You can also see the extra bits and pieces, like the cannon, chairs and table, etc.

Swing the two parts together, and you’ve got the Going Merry. 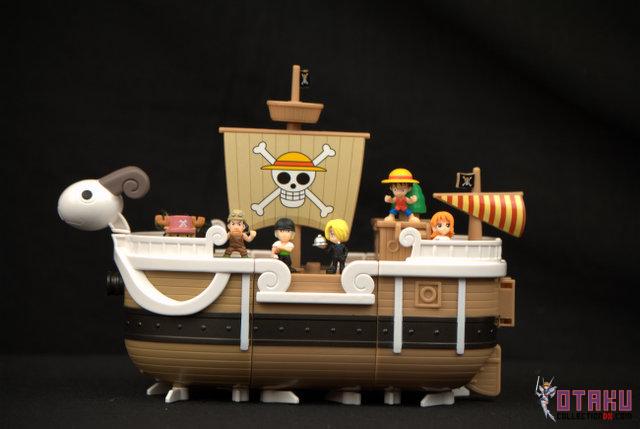 Note the little feet that work together to keep her upright. 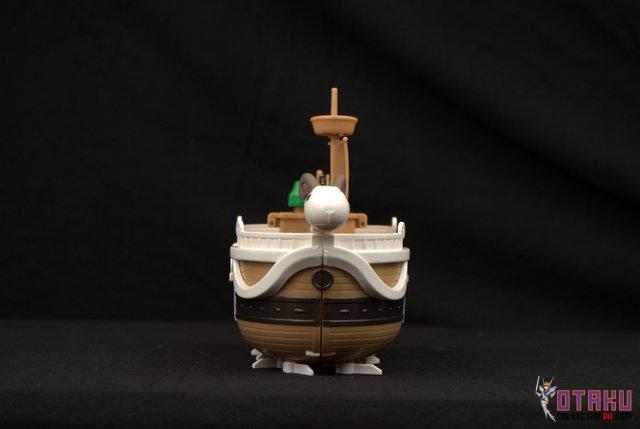 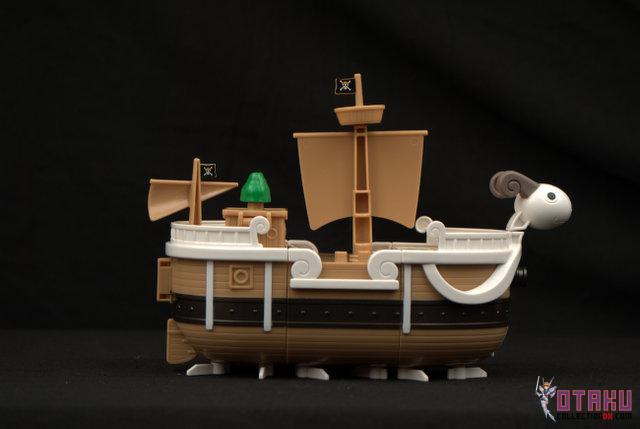 And from the back you can see the hinge. 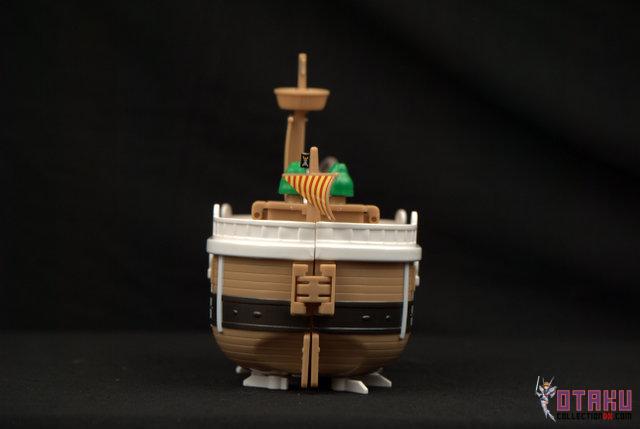 This is the top 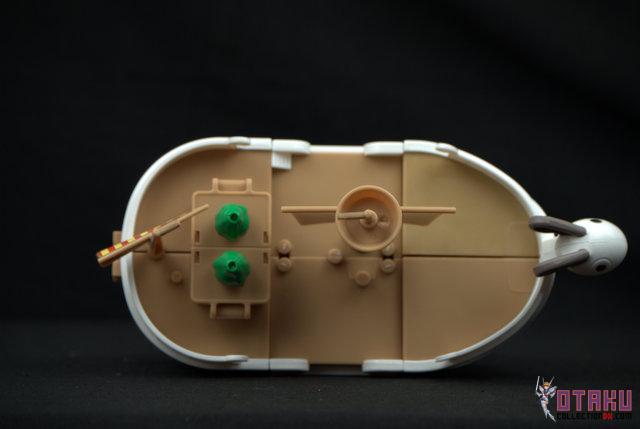 And here is the bottom, with all the feet. 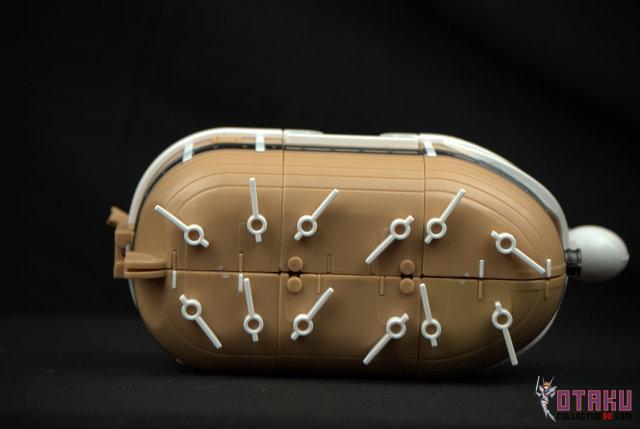 All in all, it’s a sturdy ship, with a lot of fun contained inside. There’s lots of stuff to play with, or lots of ways to display it. The choice is yours. The handful of annoyances with this piece are small, and easily dealt with. I think any “One Piece” fan should have a lot of fun with this set.