Destiny Gundam comes in the typical box and plastic tray, 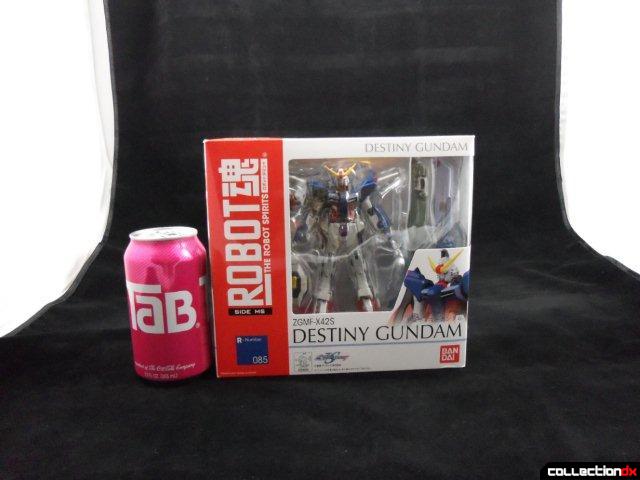 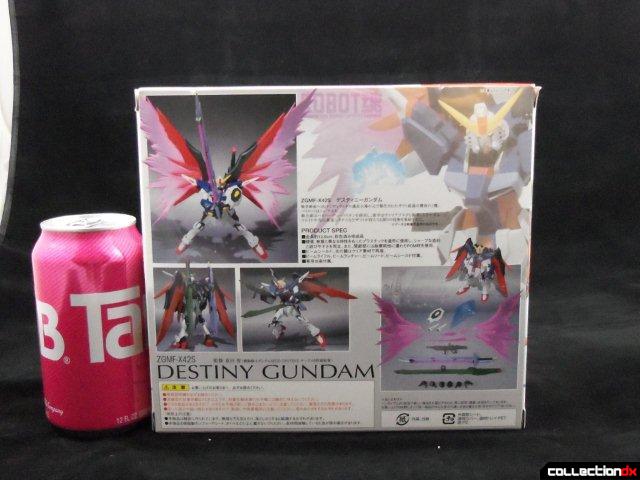 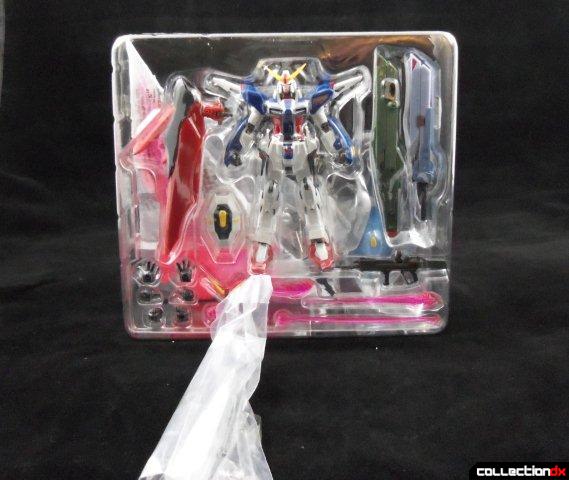 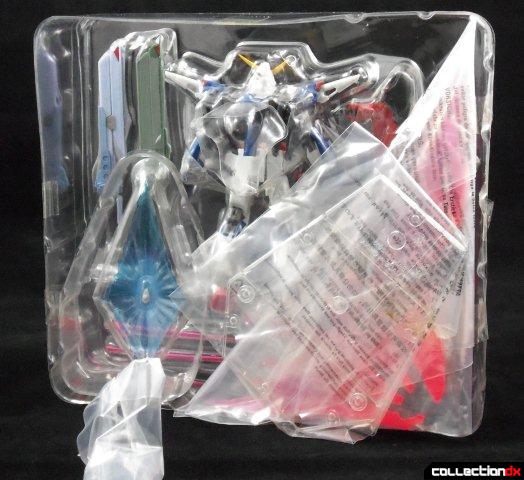 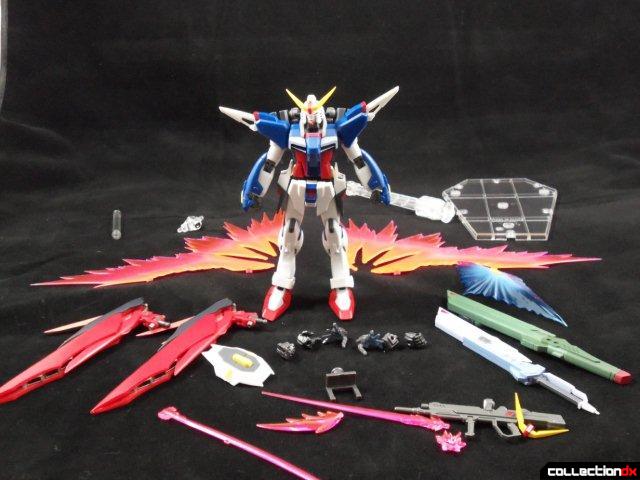 I am clueless about Gundam but it has nice lines and look... and tons of accessories/options (almost too many). 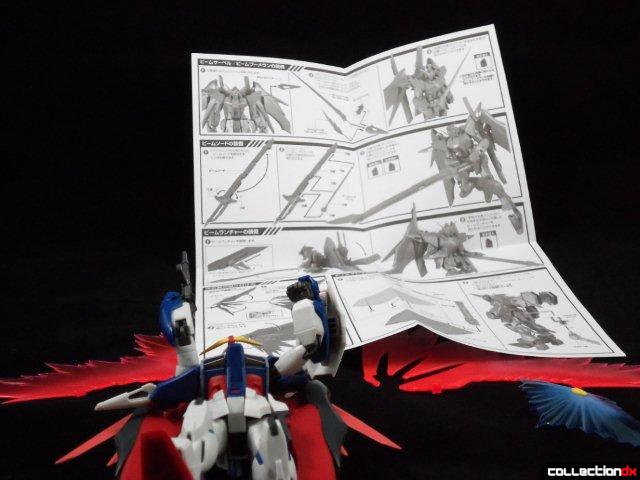 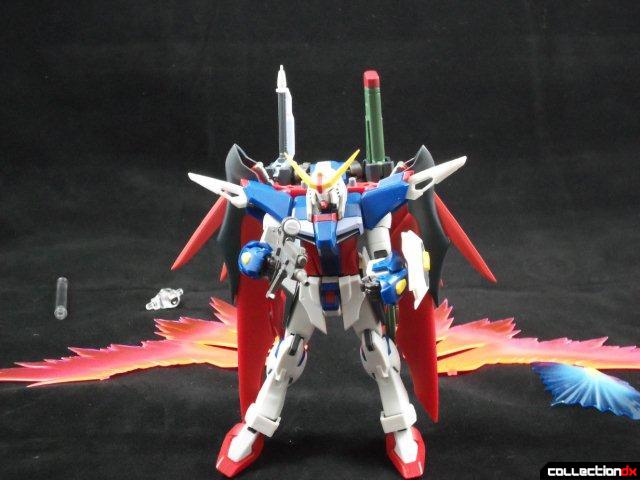 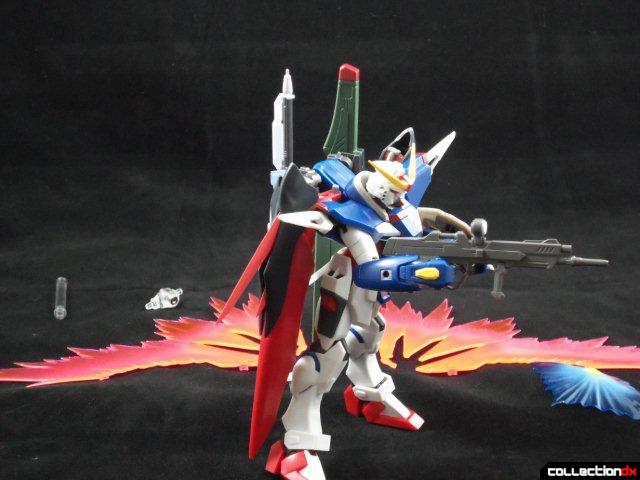 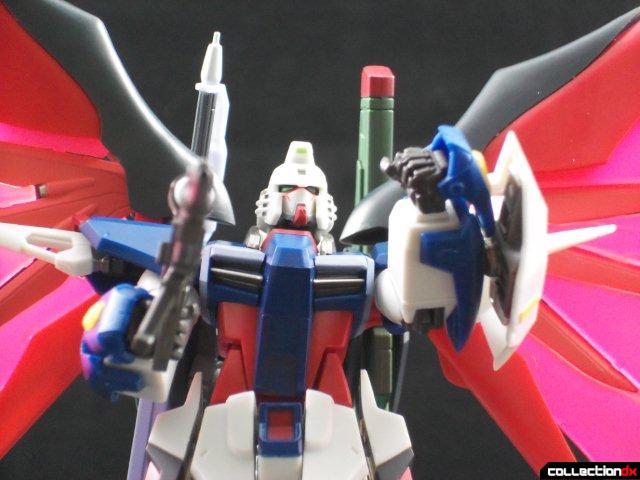 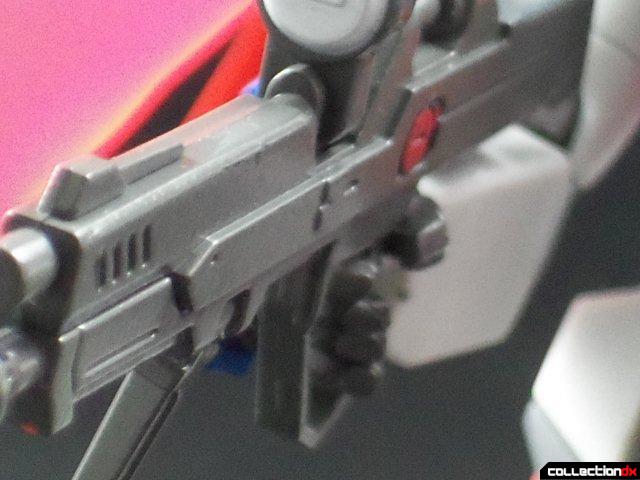 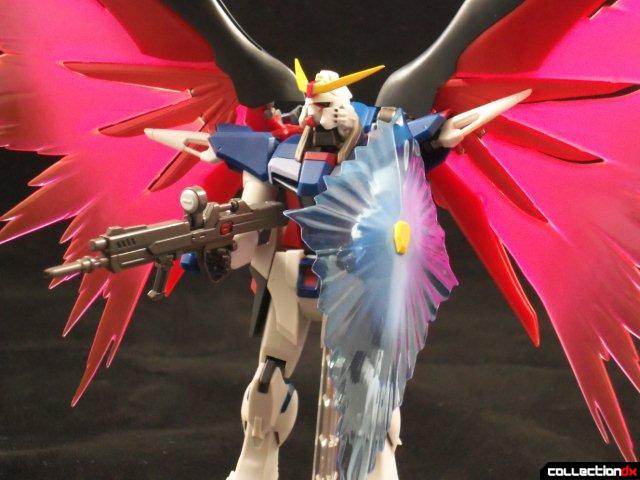 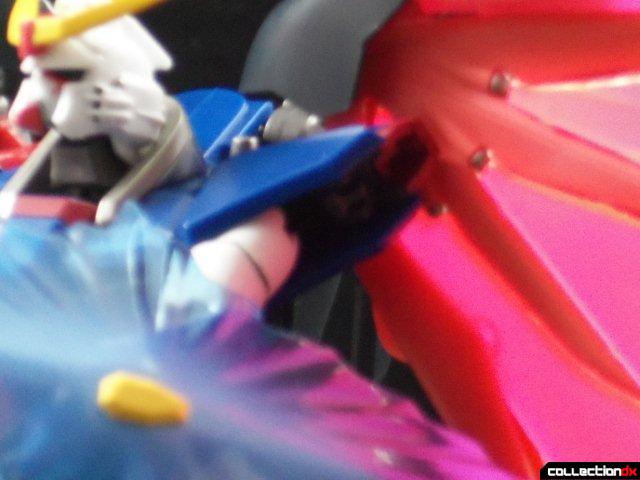 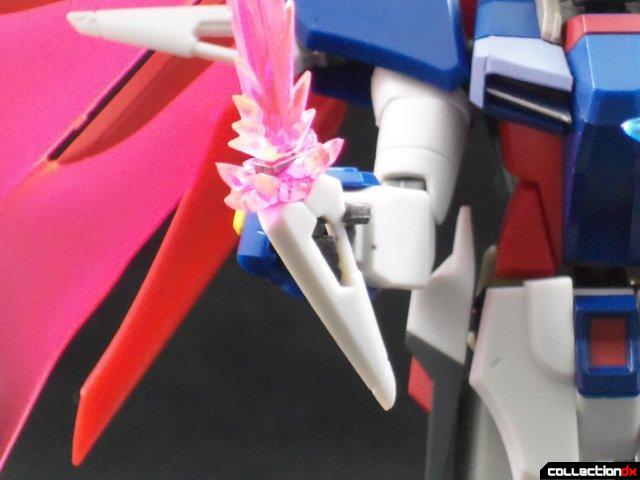 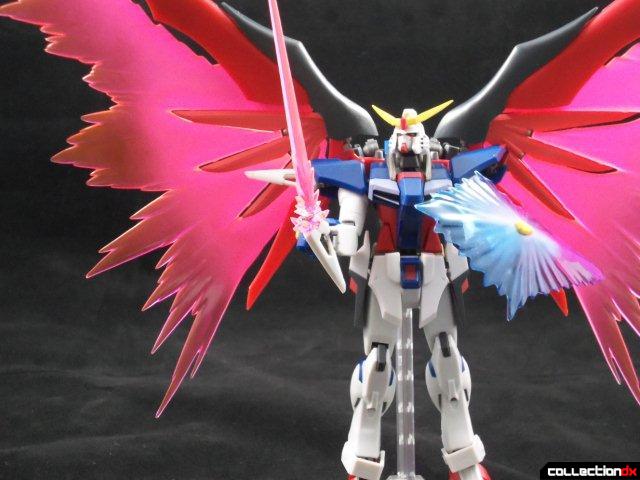 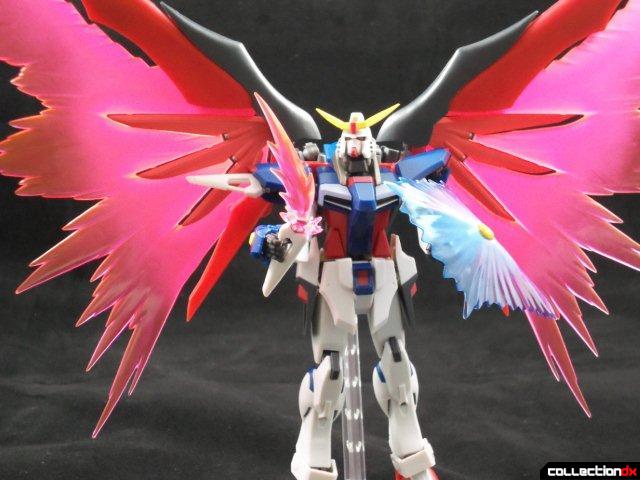 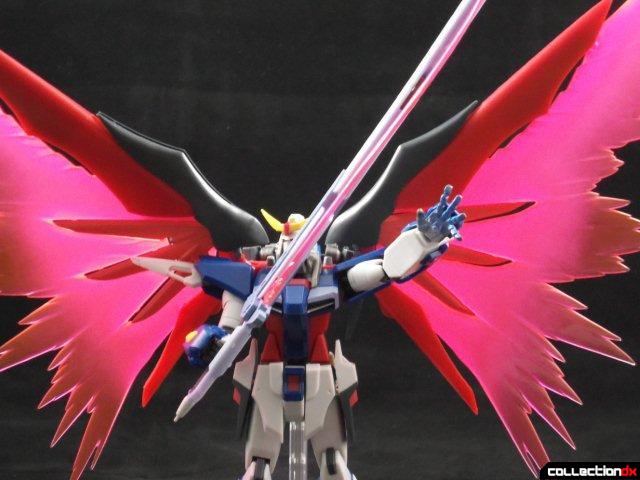 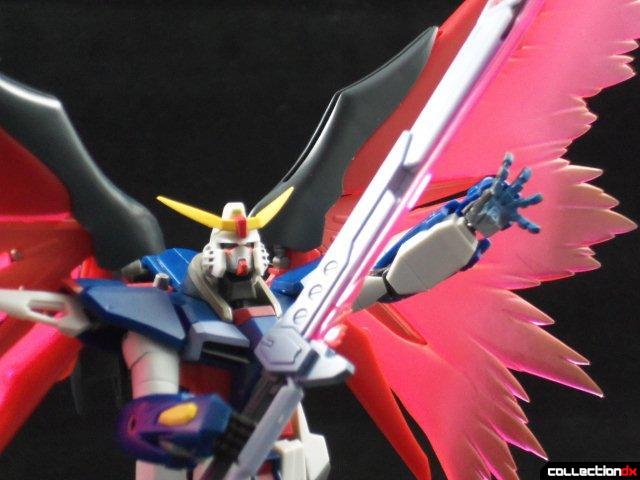 The stand is nice with a semi-stable slide-on bracket. 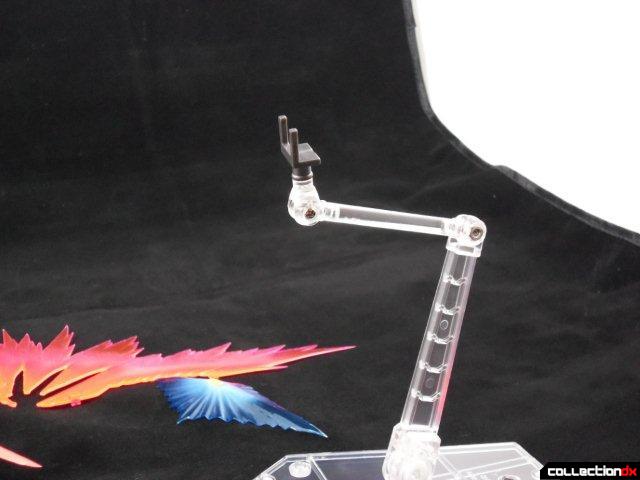 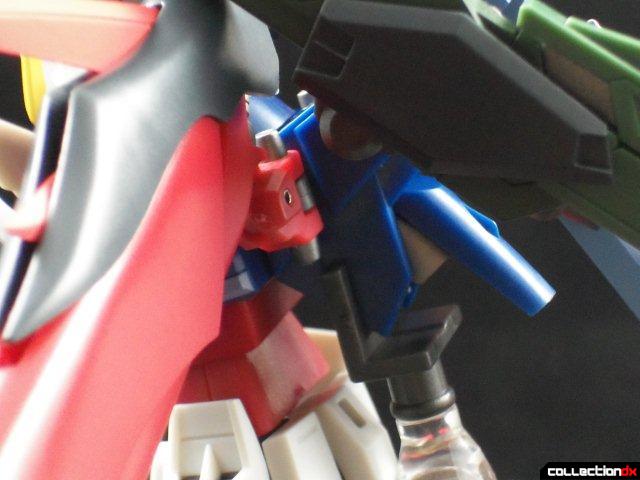 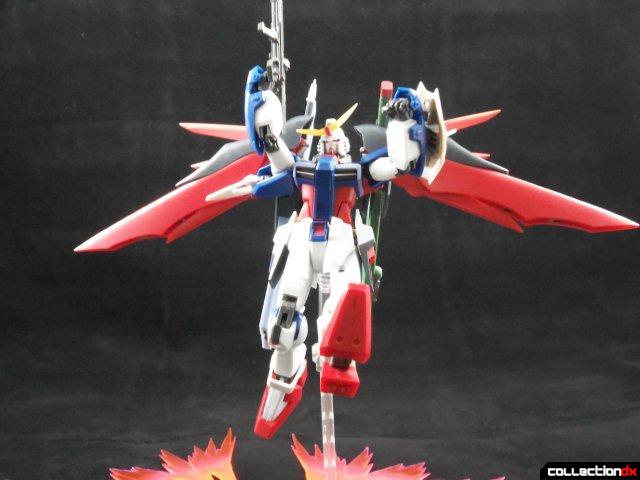 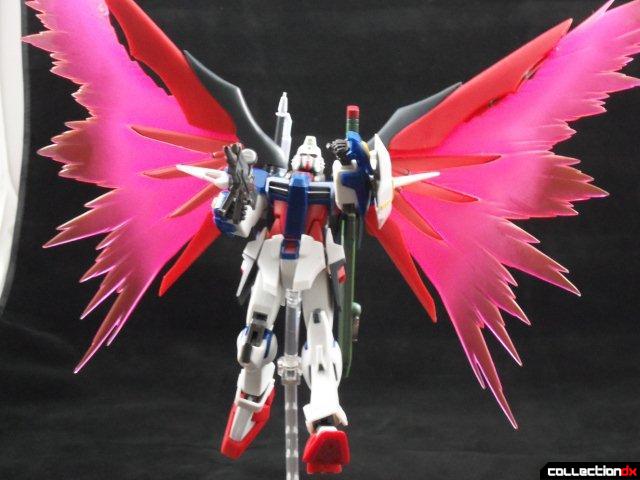 Overall, it's little small for my taste, but seems cool and a nice Gundam option from Bandai. Get yours from our friends at HobbyLink Japan. 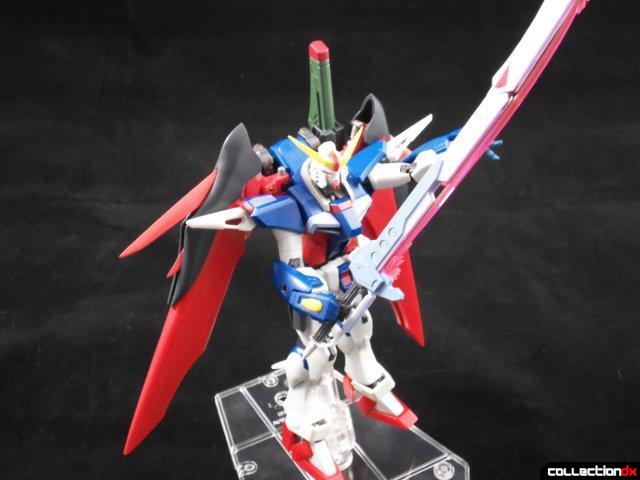 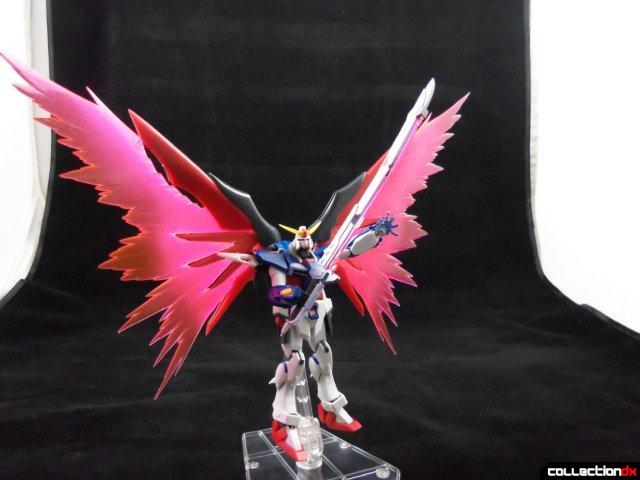 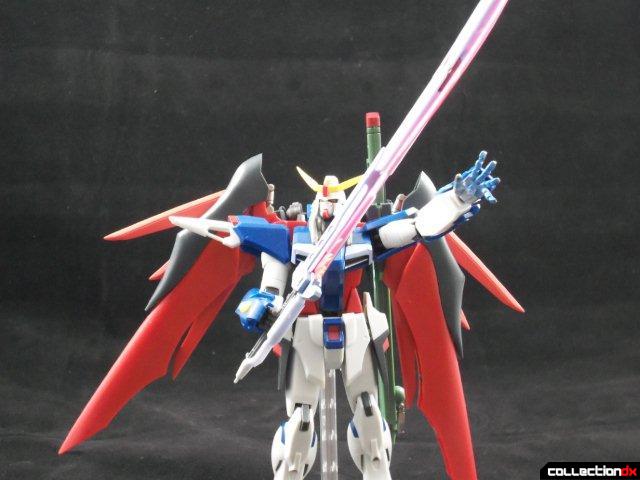 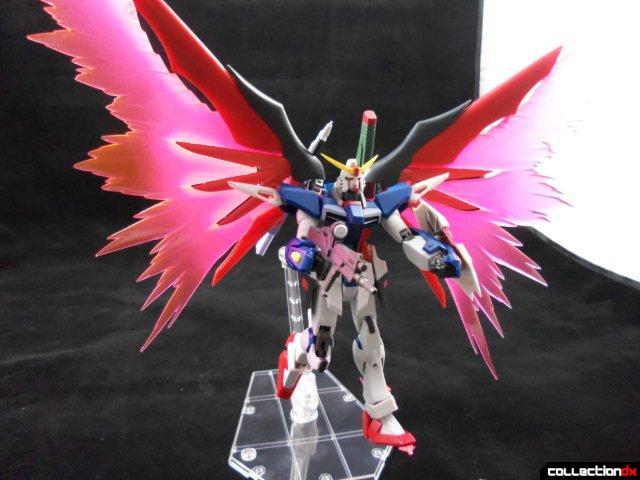 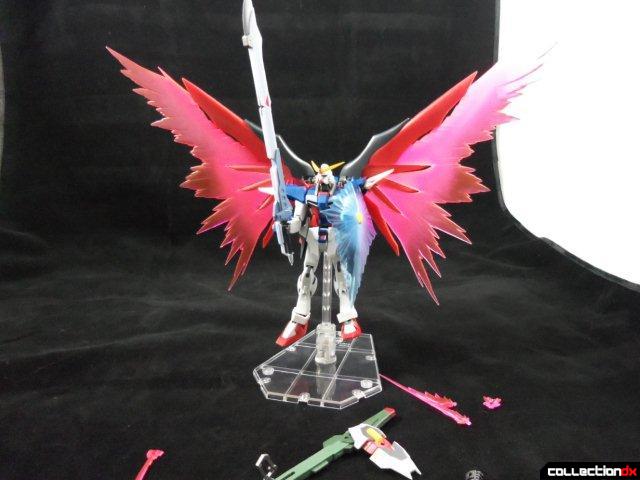 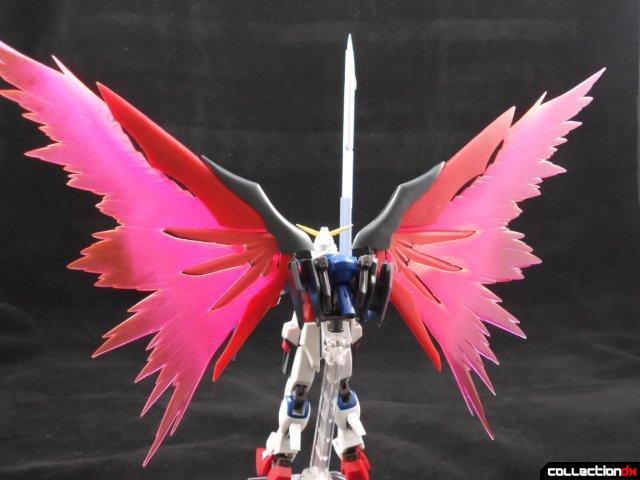 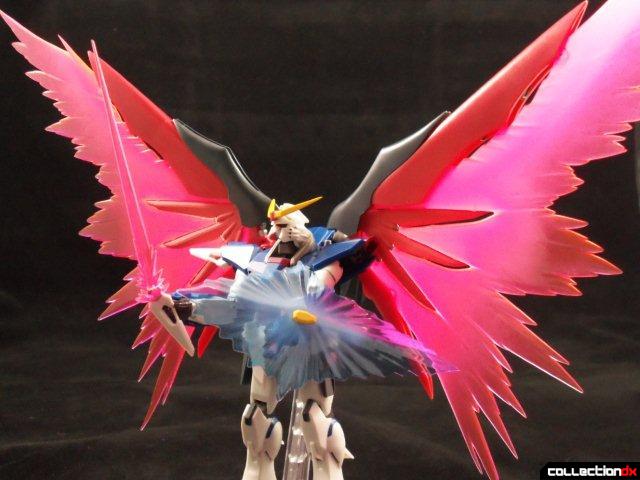