As a kid who grew up in the 90's, I was able to see a slew of different Japanese cartoons aired on US television aimed to sell us video games, toys, trading cards, and other merchandise that my parents were certain would brainwash me and turn me into a mindless zombie that would continue to buy more and more toys from these series. They were only half-right on that matter.

One of the bigger shows from that era, along with Pokemon and Digimon was Yu-Gi-Oh! The King of Games. A fun, super-dramatic show all about kids playing a trading card game with the fate of the world hanging in the balance where everyone in the world has ridiculously oversized hair and eyes. Yu-Gi-Oh is still to this day one of the most popular card games out there, and has recently earned the Guinness Book of World Records title as the best selling card game in the world.

In the card game that the characters play in Yu-Gi-Oh, there is a plethora of very cool monster designs. Giant dragons, combining robots, and of course cute girls. One of the most iconic designs is the counterpart to the famous Black Magician: the Black Magician Girl. 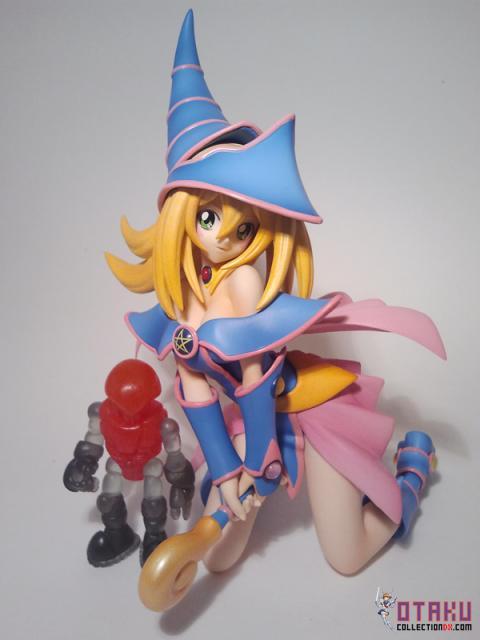 The Black Magician girl is a simple enough concept. Take a powerful wizard and master of the dark arts, and turn it into a cute magical girl who wears pink. Oddly enough it works quite well and this figure shows it.

Black Magician Girl comes in a very pink and blue box. It's so big that I actually have trouble fitting it into my light box. It looks good though, and shows off the figure nicely. The inside is also lined with pink and glitters. 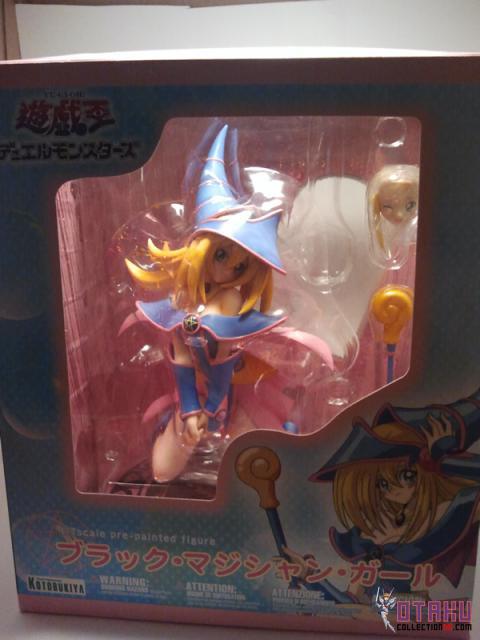 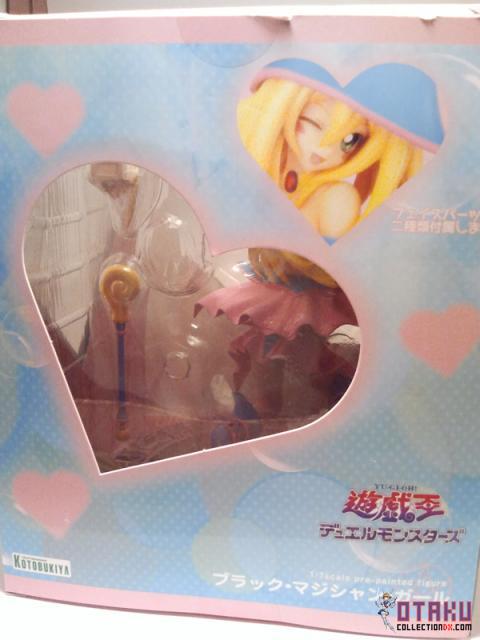 Removing Black Magician Girl is easy enough, and setting her up is incredibly easy. Just put her staff in her hands and set her down on the base. 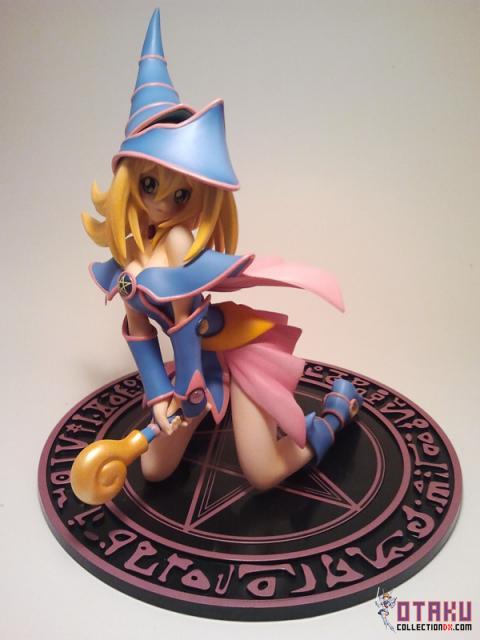 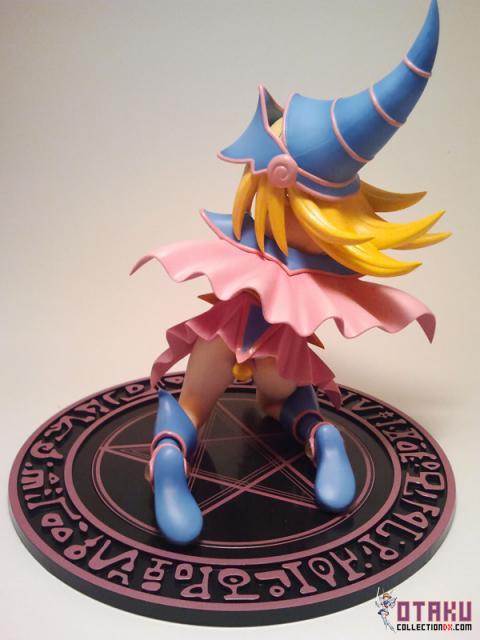 I have to say that this figure has done a very good job of striking a balance between cute and sexy. The little rosy cheeks really help add to her cartoony feel and style. 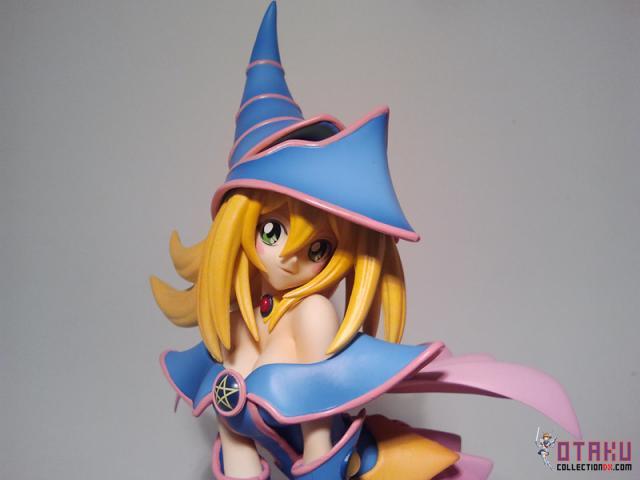 One of my favorite aspects of this statue is that she is lined with gems along her arms and legs. All of these gems are actually clear plastic and they look fantastic. 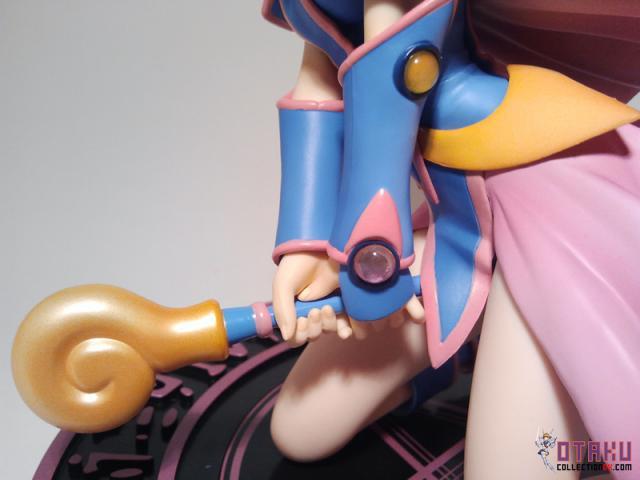 Black Magician Girl's sculpt has her skirt flared up at and angle. With this in mind, it's rather easy to spot her panties from behind. 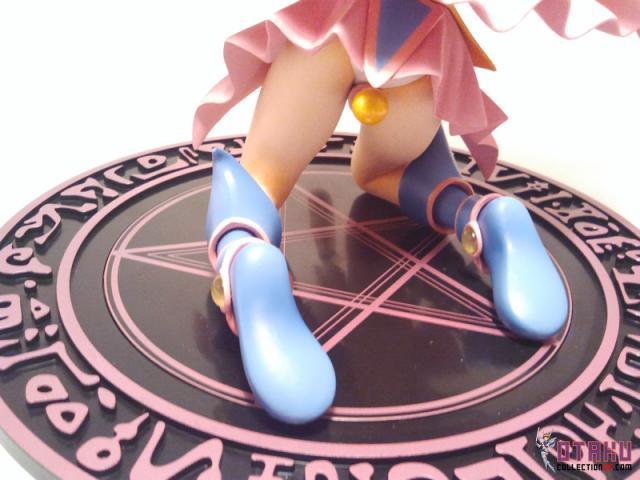 There's also a good bit of cleavage on the figure and I have to say it's pretty well done all things considered. 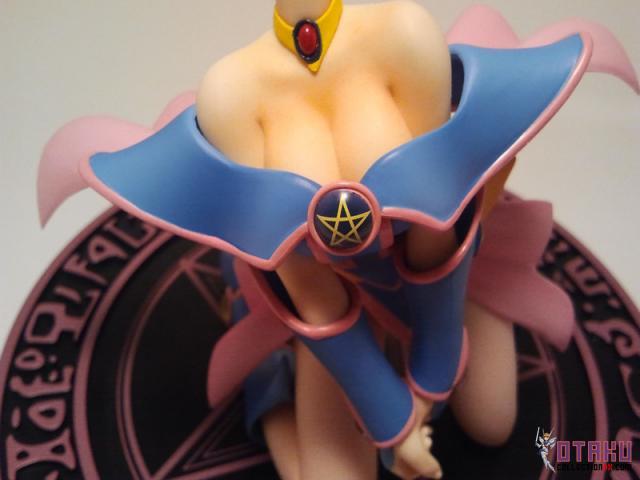 Her hat is removable if you just want her with her hair down. There is a giant peg hole in her head because of it though. 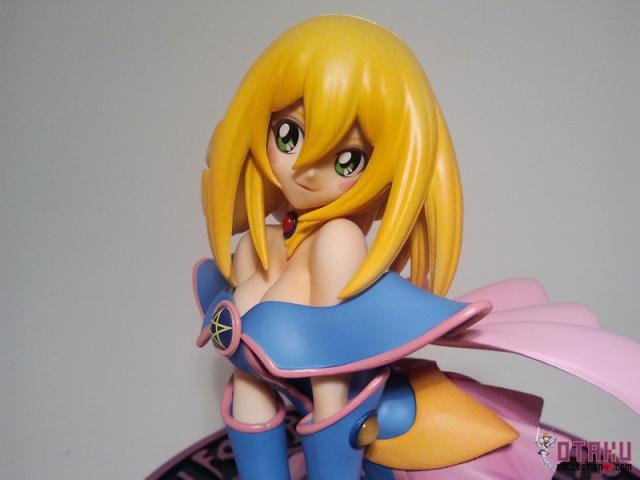 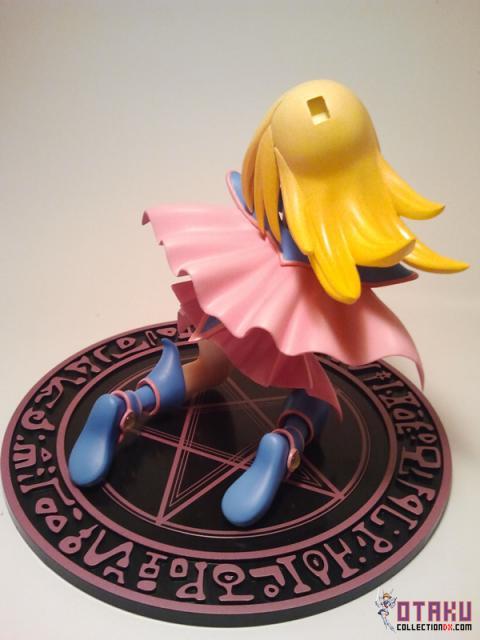 The staff is also removable. Do not force the staff all the way into it's peg though. Doing so caused some of the paint to rub off between her legs. 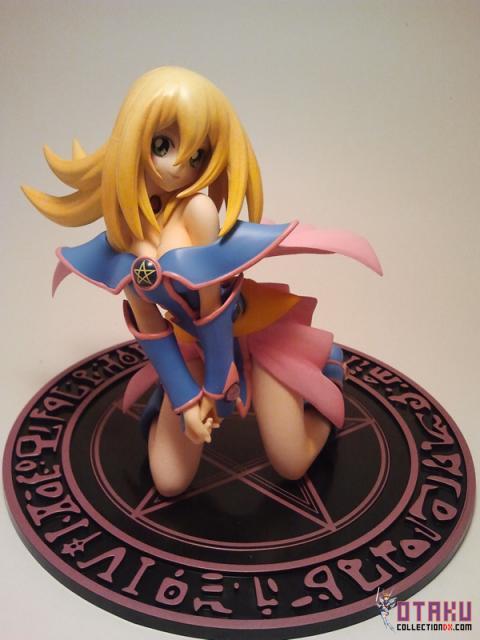 There are two different faces included with Black Magician Girl. The first is a simple smile. The other is a much more playful wink and grin. Initially I preferred the winking face. However I found that the more I looked at it, the smiling face had much more depth and character to it. It shows of a much more playful and curious expression. 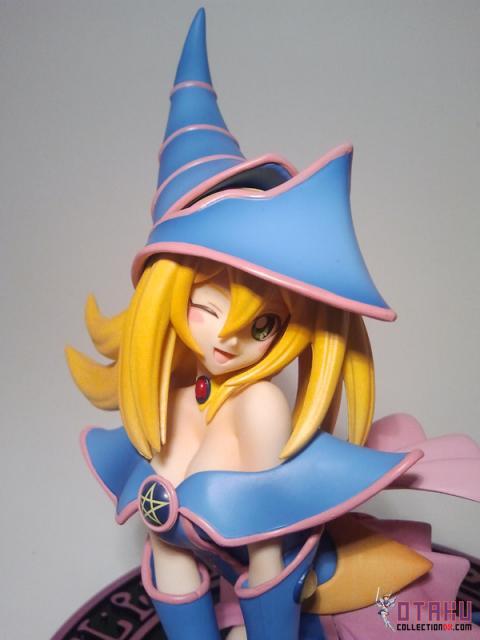 An interesting thing I noted was that depending on what face you use, you are able to appreciate the figure at different angles. The subtle face is gazing off towards the side, while the winking face is looking more straight forward. A subtle but effective touch in making a person appreciate the different aspects of this figure. 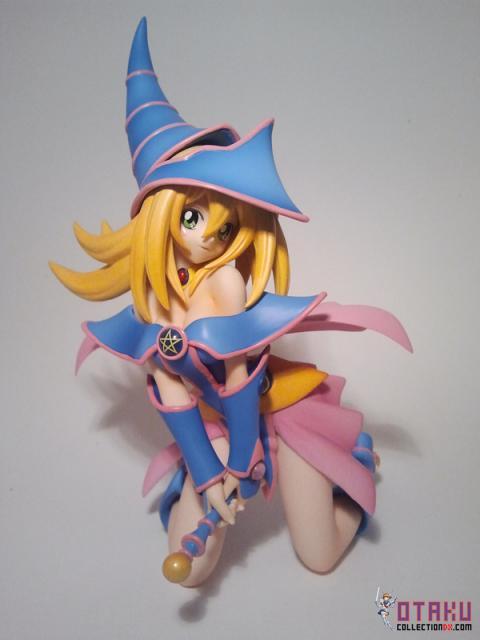 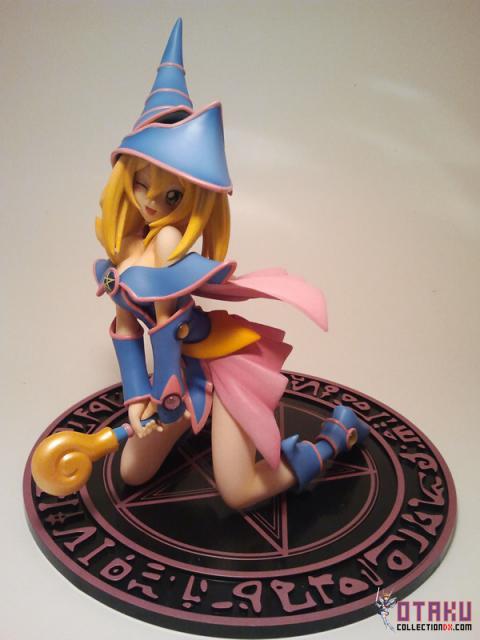 Black Magician Girl actually came with a few extras as well! The first being a tiny little keychain of Kuriboh, one of the other monsters from the Yu-Gi-Oh. Its very tiny and well painted. The other is a mini-poster of Black Magician Girl. It's art is decent, but not fantastic. 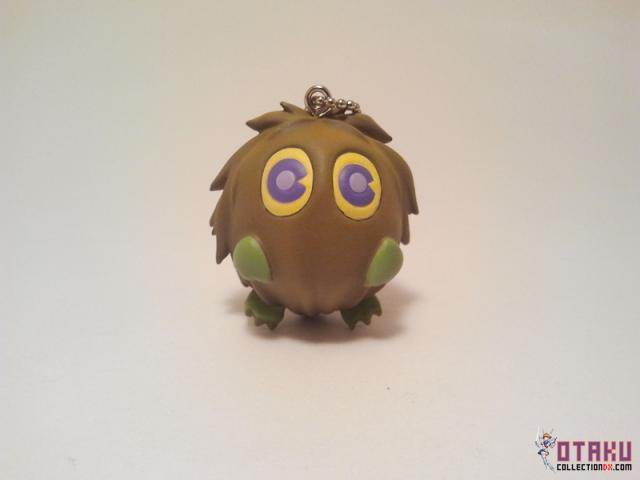 Black Magician Girl strikes that perfect balance between provocative and tasteful that makes this figure an absolute winner. The sculpt, and paint details really make this piece stand out as an iconic character from a very popular series. If you like Yu-Gi-Oh this figure is an absolute no brainer and belongs in your collection for sure. Even if you just think the character design is nice, this figure will not disappoint. Kotobukiya has done a fantastic job on this figure and I eagerly await their next work.