One of the benefits of having grade-school children is that I get to keep up on the kids cartoons without feeling creepy. Their current favorite is a show on Cartoon Network called “Adventure Time” created by Pendelton Ward. It’s a subversive, surreal cartoon about a human boy named Finn and his dog Jake in the land of Ooo. It’s quite messed up and wonderful. I don’t think there’s an accurate way to describe the show in words, so watch some clips.

Of course, with any successful show, there is merchandise. Today we take a look at the 5” Stretchy Finn action figure.

The package is bright and colorful, with a clear blister that shows off the product nicely. On the back are images of the other toys in the line. Note the printing error on the logo on back. Consider it a sign of things to come.

Although this is marketed as a Cartoon Network product, it’s actually produced by Jazwares. 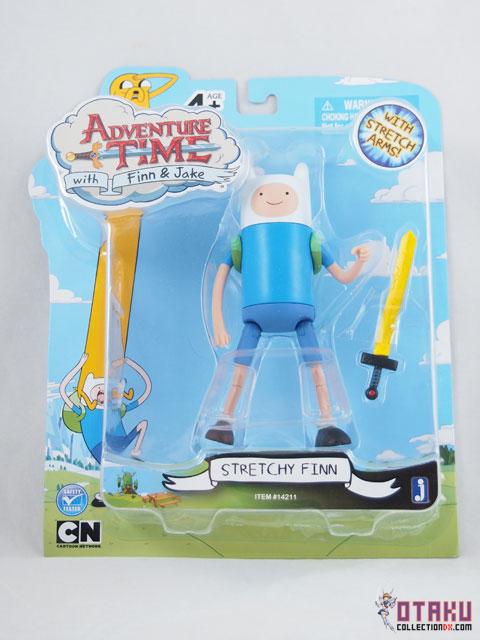 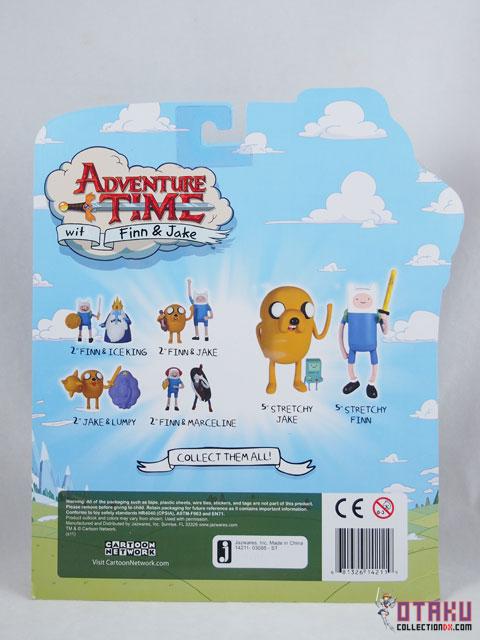 Right out of the package, the first thing I tried is the stretchy arms feature. Really, what they are is just rubber. They stretch about as much as the rubber will give, which is not very much. Those expecting Stretch Armstrong type arms will be disappointed. 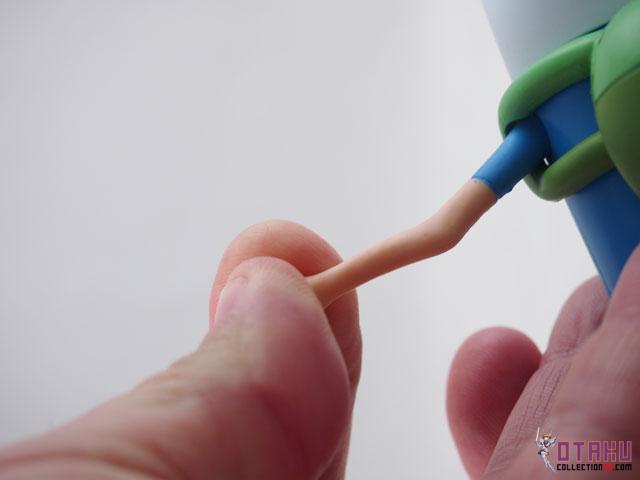 The body seems cheap. The head is nicely done, and rotates like R2-D2’s head. There’s also a swivel joint at the waist. 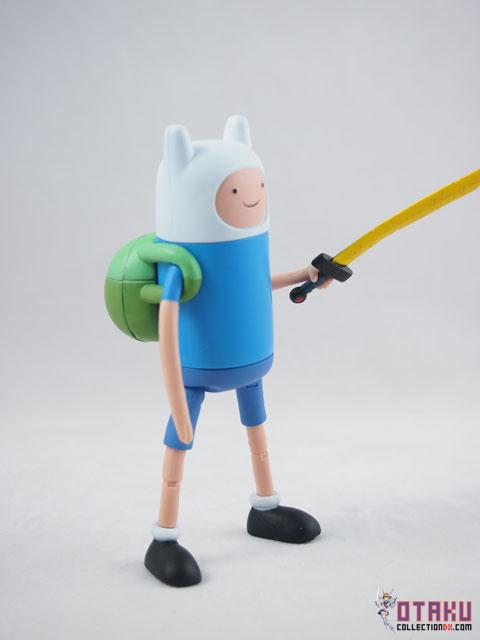 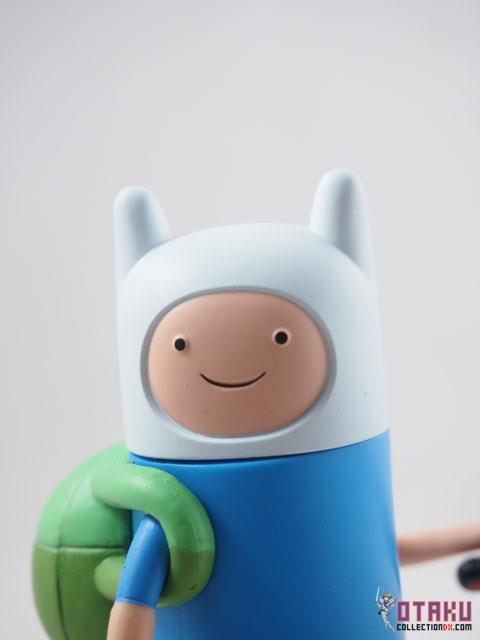 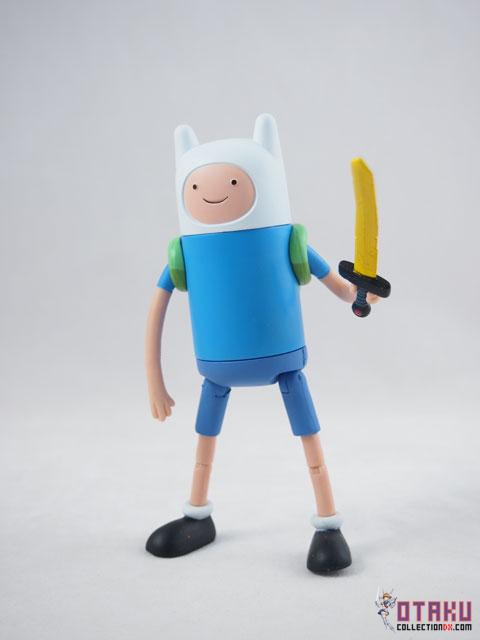 The backpack is a separate, but non-removable piece. It’s got mold defects all over the place and generally looks amateurish. 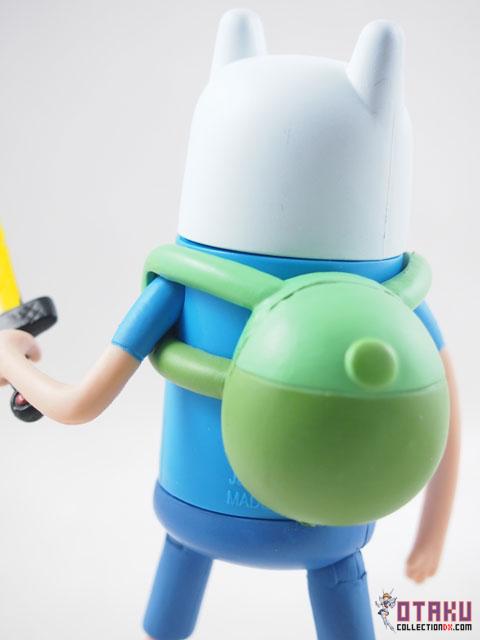 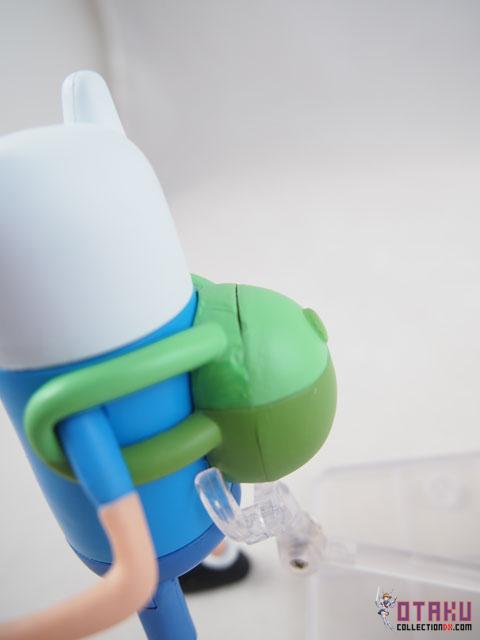 The real disappointment is in the legs. The legs are TERRIBLE. The joints are tighter than the sockets used to hold them in place. What happens is that when you go to bend a joint, the joint does not move and instead creates stress marks in the plastic holding the joint to the body. Once you do eventually move the joint, you can see that the areas that are now revealed are not painted, and the area around the joint is again poorly molded. Oh, and the leg becomes loose as hell. 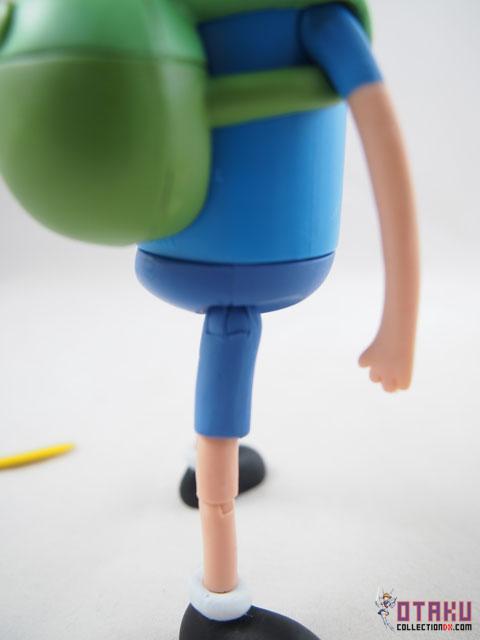 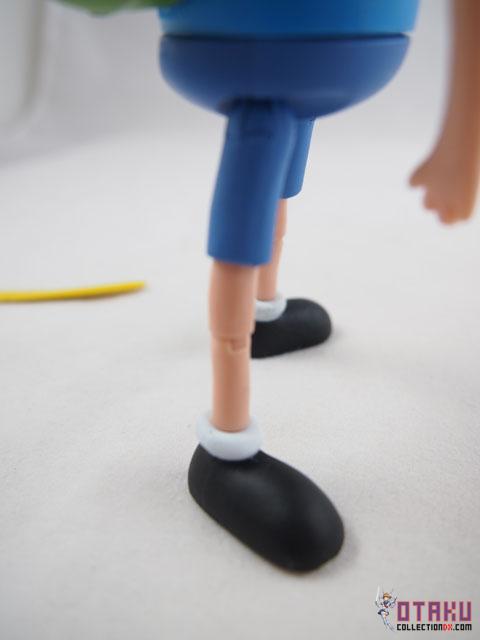 Knees are much the same – hinge joints that look like they will break off rather than move. 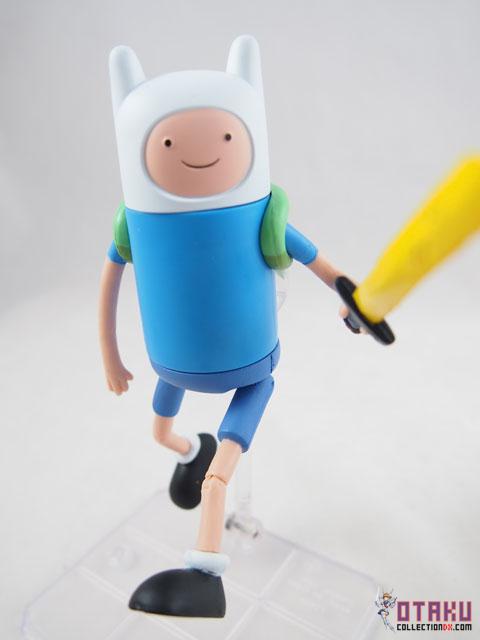 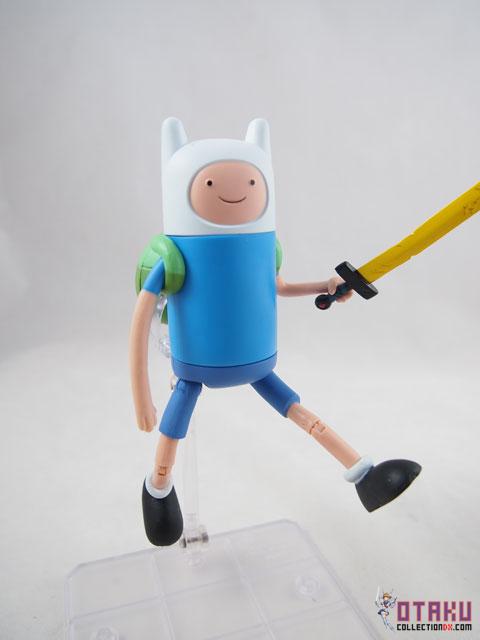 Despite having hinge joints in the knees and hips, the feet are just swivel joints. This makes Finn almost impossible to pose. In most of these images I’ve used a Tamashii Stand by Bandai. 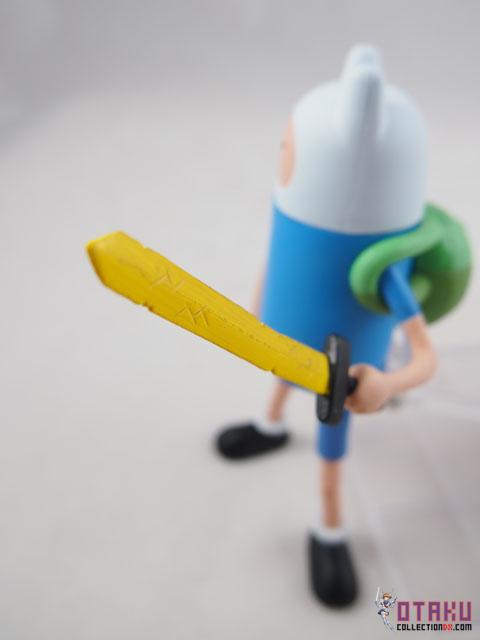 Basically – avoid, no matter how much you love Adventure Time. Get the plush instead. 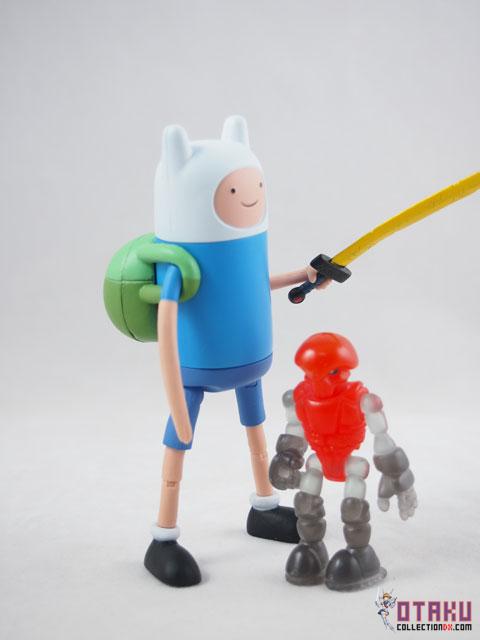