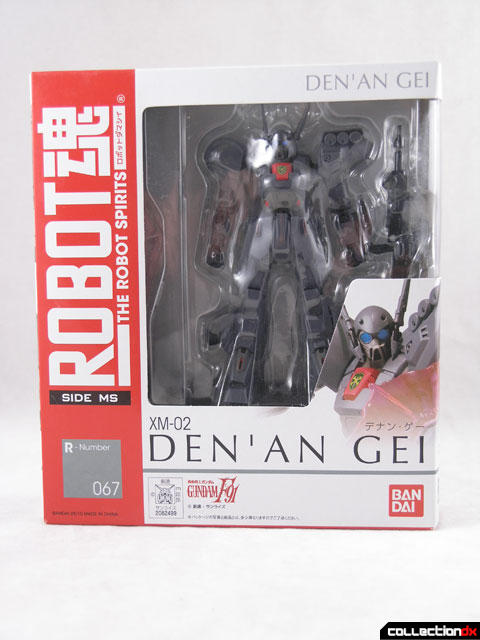 You can get your Robot Spirits Den'an Gei at BigBadToyStore.com

Everything that the XM-01 had going for it, the XM-02’s got it better. Bigger engines, bulkier armor, bigger shield. 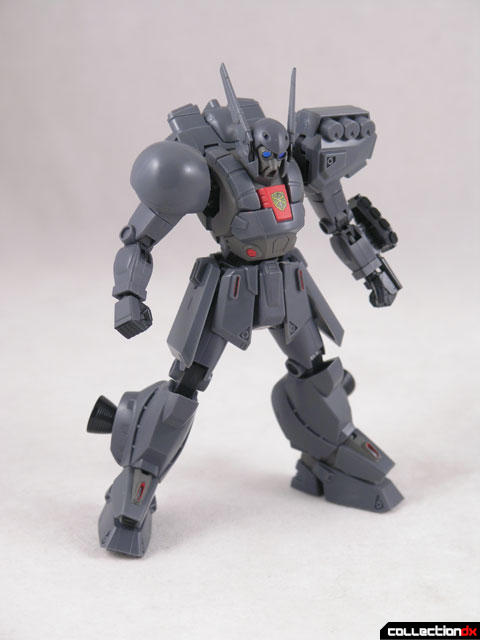 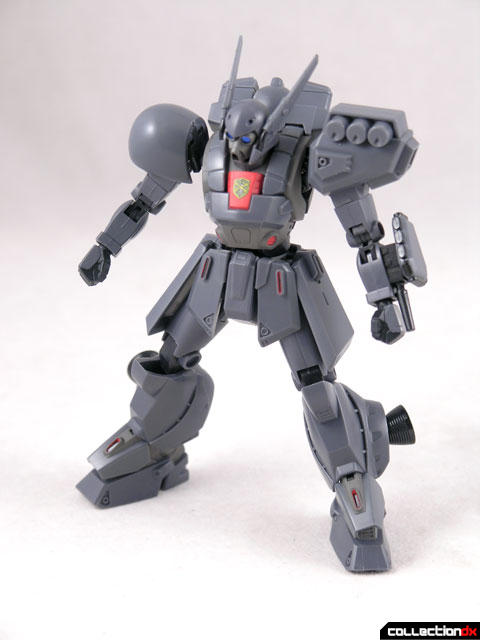 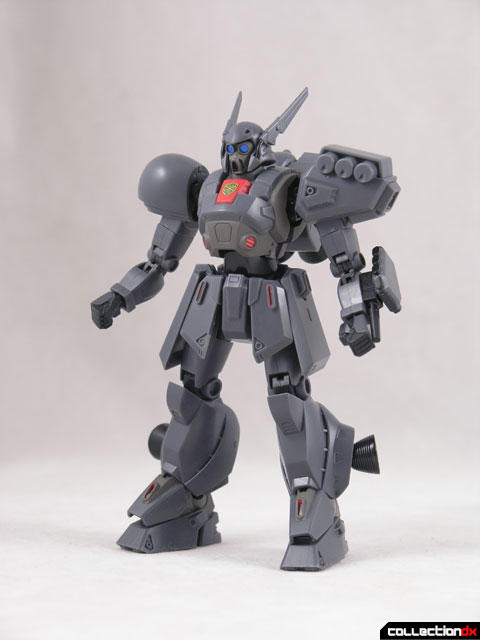 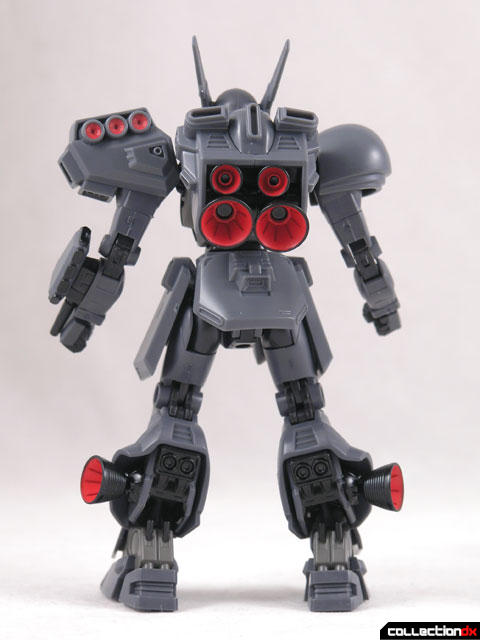 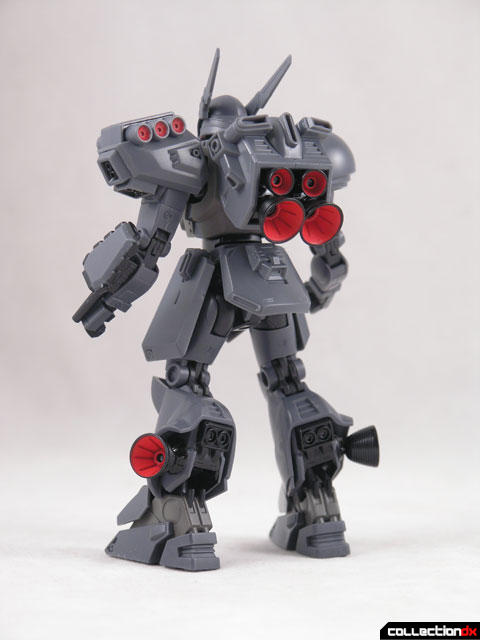 You can see the logical design steps from one to the other. The two figures complement each other very well. 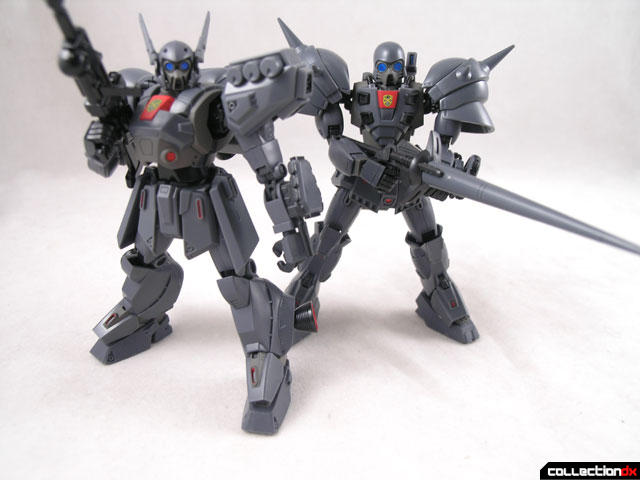 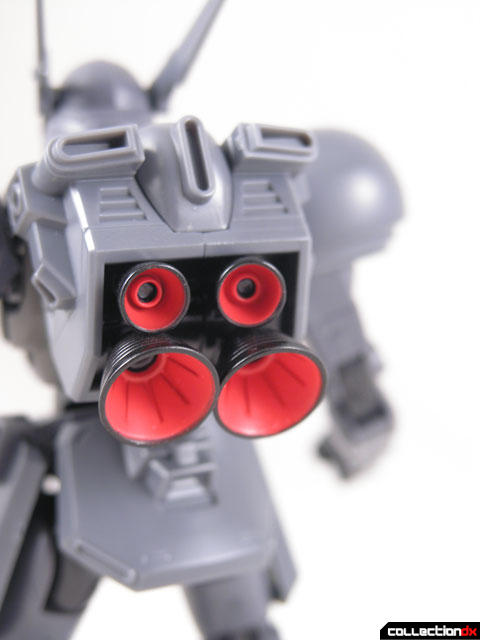 This version of the Mobile Suit does not have the shot lancer weapon, instead opting for more on-board armaments such as Rocket Propelled Grenades on the shoulder and Vulcan cannons in the head. 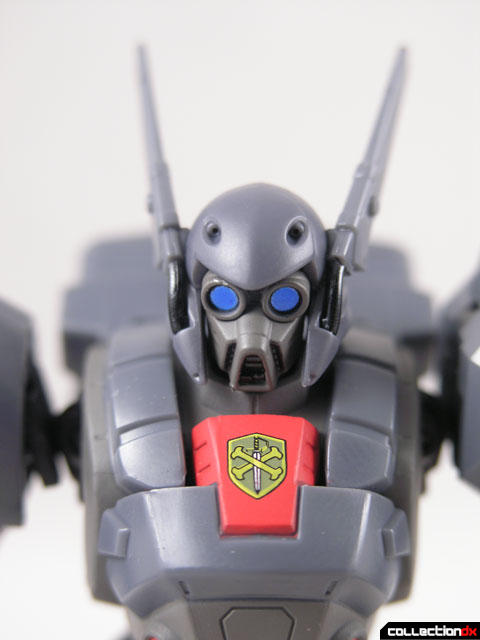 The Beam Rifle can be held with both hands. The gun is sharply detailed, but lacking any paint apps. 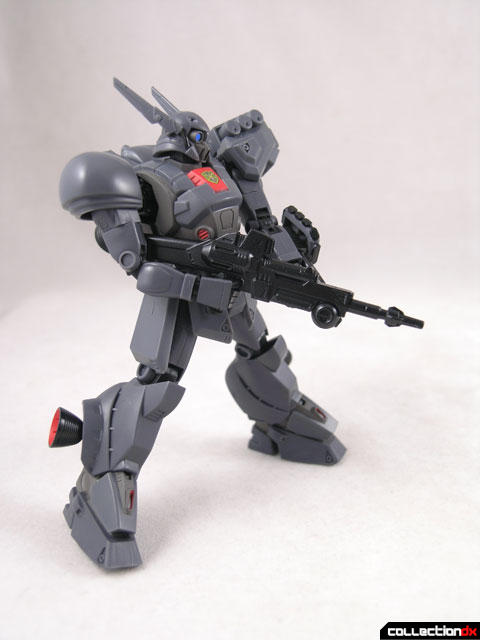 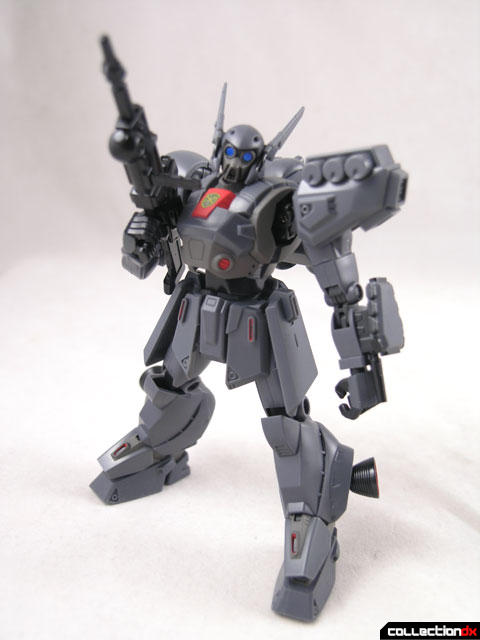 The shield mounts to the left arm, and is on a ball joint so it can rotate into several positions. Like the XM-01, the shield is made out of a very thin plastic material. 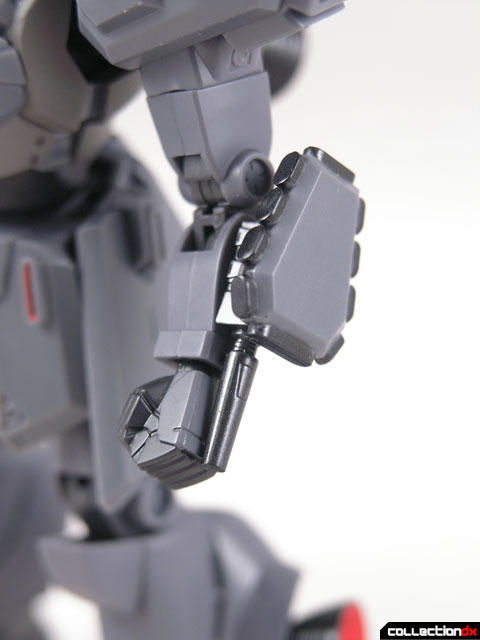 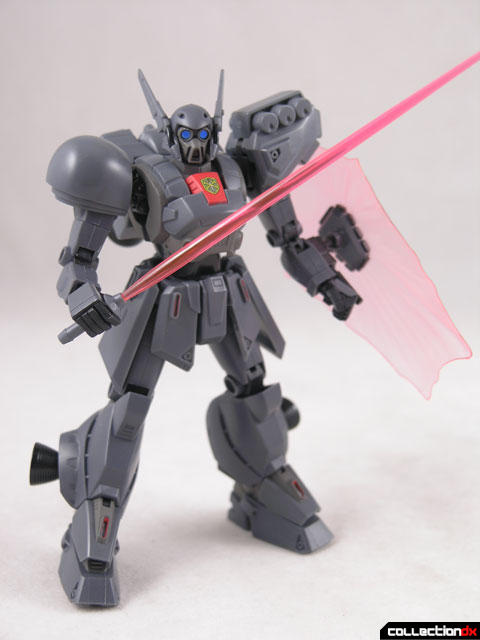 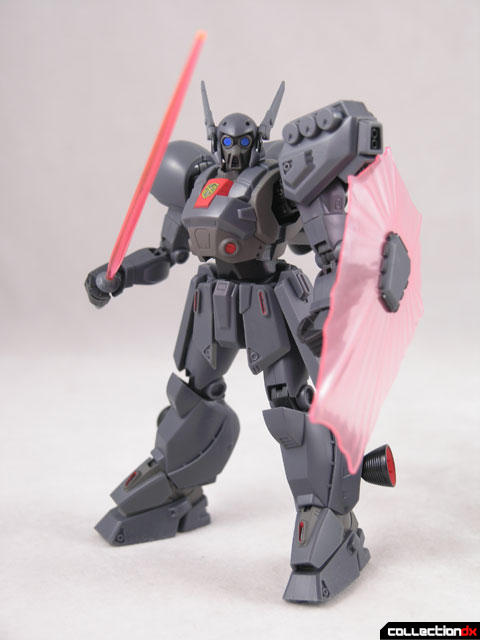 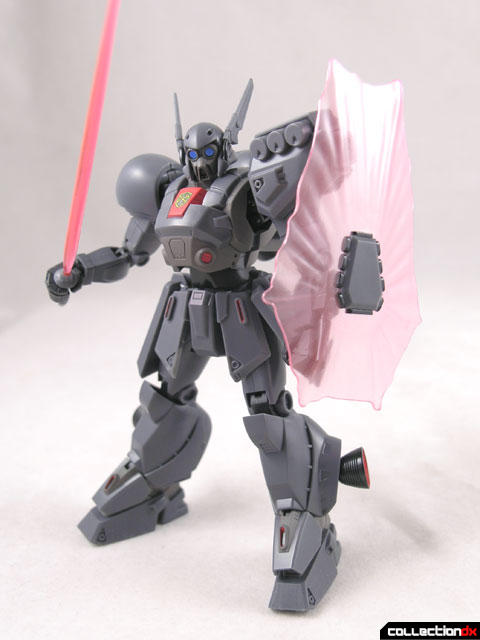 One beam saber is included. 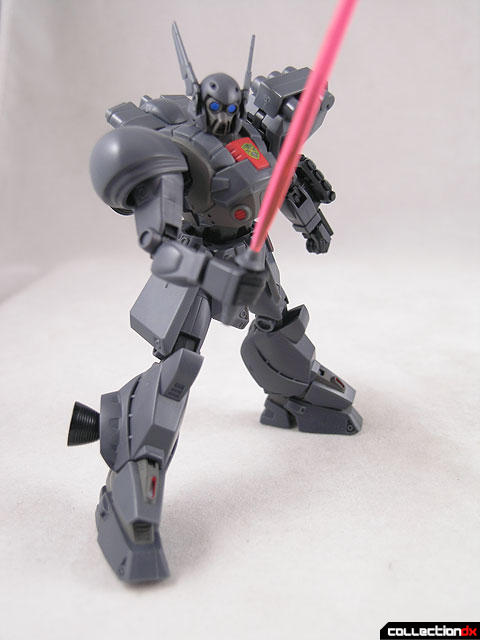 Articulation is the standard level of awesomeness. 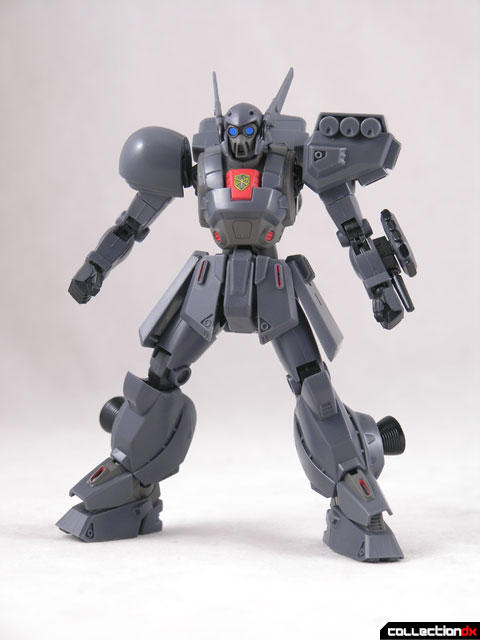 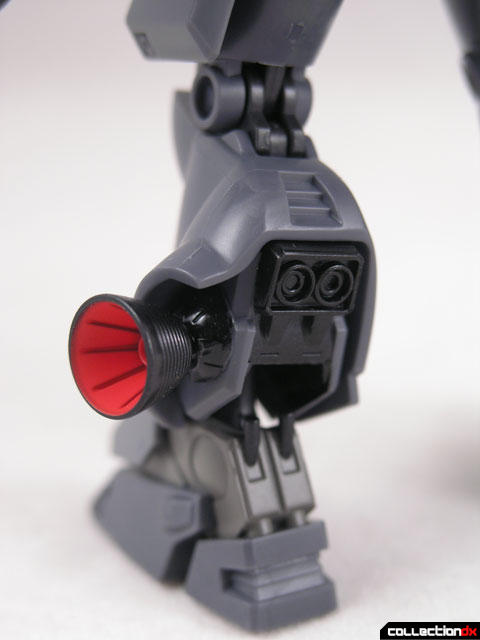 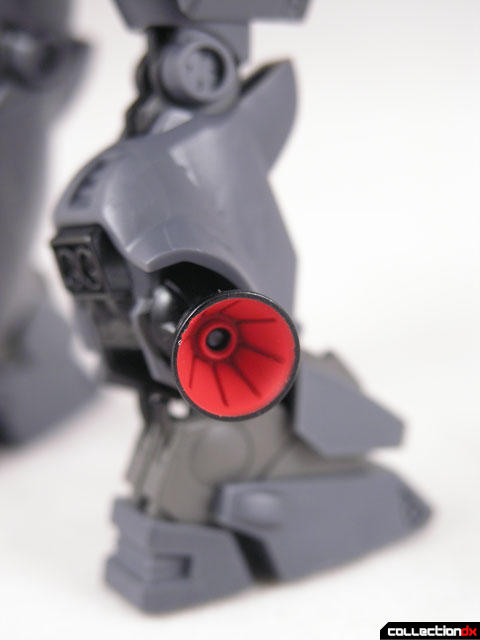 While no stand is included, an adapter is included for use with the Tamashii Stand system.

Everything is tight. It’s just a great piece. Like the XM-01.

You can get your Robot Spirits Den'an Gei at BigBadToyStore.com

I love the goggled Darth Vader look of this figure, and it's pleasing to the eyes. Not a big Gundam collector, but once in a while there is a Mobile Suit that makes the purchase worthwhile. This looks to be one of those

Man, I love the Crossbone Vangard's sense of style! Simple and to the point. I gotta get the Zon and Gei at one point. Love these suits.

I loved both this and the Den'an Zon figure. Bandai did a wonderful job on these two. I hope more Crossbone Vanguard MS are made (like Berga Giros and Ebirhu-S).

Josh, do you know the Denan -Zon and -Gei are actually available in BLACK VANGUARD colors, albeit Tamashii Web Shop exclusives? The BV Denan Gei even has the Crossbone Vanguard beam banner.