Eureka Seven was a hit series from 2005 featuring mechanical designs from Shoji Kawamori. The Spearhead was a bit different than the rest of the mecha in the series, as it does not feature a surfboard for flight. Instead, it uses its large skirt armor to attain flight. The series featured a blue and read version of the spearhead with an ace pilot couple (a throwback to the original Macross' Max and Millia).

The toy comes in the standard Robot Spirits packaging, a nice window box without too much wasted space. 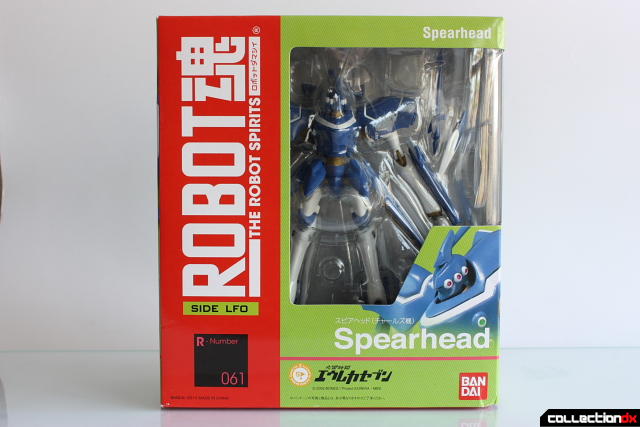 The back of the box features some product images and some general information. 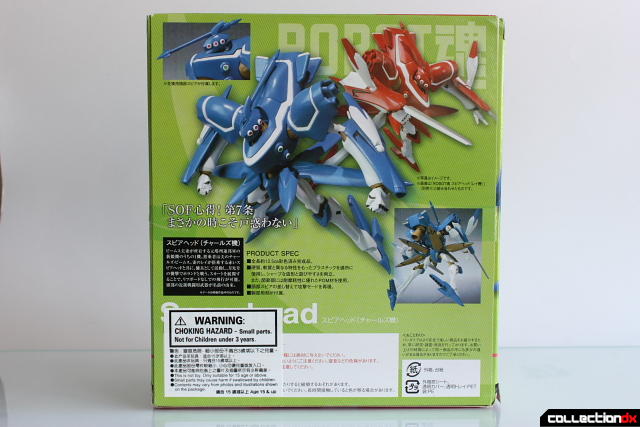 A single plastic tray holds the figure and its accessories. 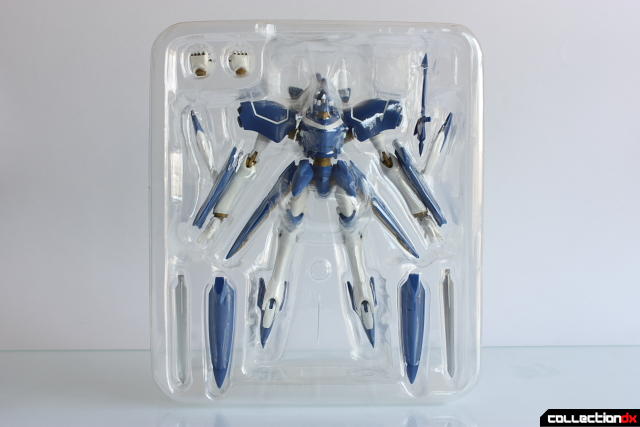 When the figure is removed from the package the rear skirts need to be attached. Also in the box are alternate hands, an alternate head spike, and two blades for the arms. The figure stands about 5.5" tall to the tip of the spike on the head. The first impression of the figure is that it feels very good in your hand. The figure seems to feature more hard plastic than some of the other Robot Spirits figures I have handled. 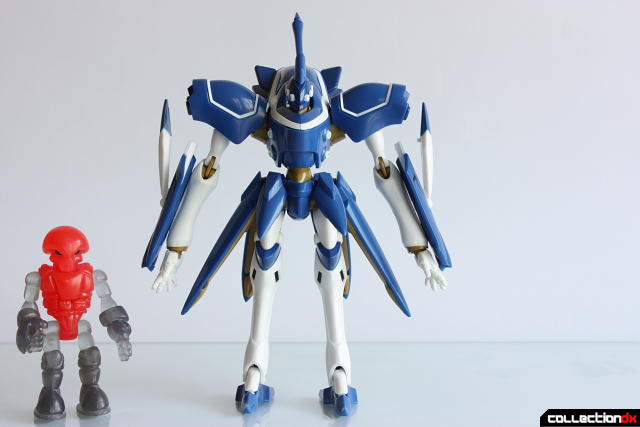 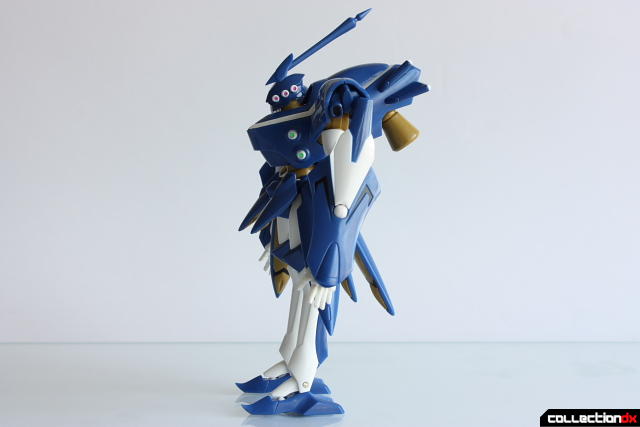 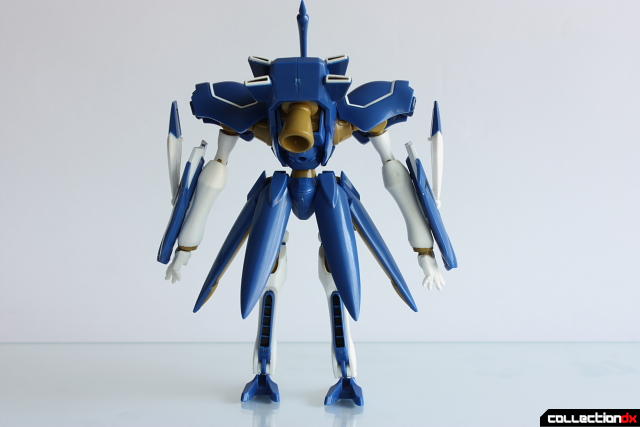 The figure is articulated very well and all the joints are tight. The figure is a tad back heavy but balances pretty well. The legs have a wide range of motion that makes posing easy. 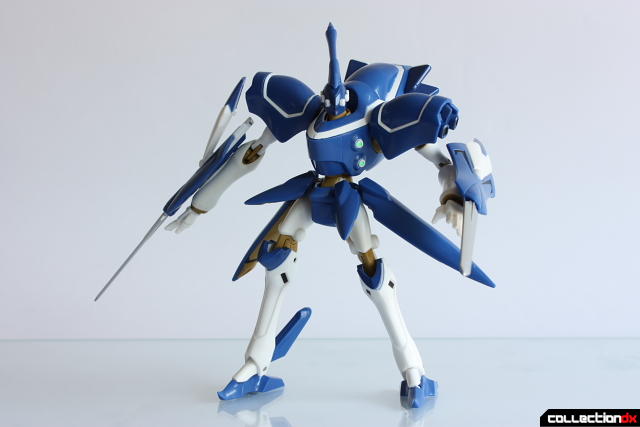 The blades are separate parts that attach to the arms. Take care when putting them in, for some reason they are keyed and will only fit in one direction. They have a nice silver finish. Part of the armor on the forearm that folds out to clear the shoulder armor. I'm not sure if this part moved in the series, but it looks neat. It locks down nicely, and there is painted detain underneath. 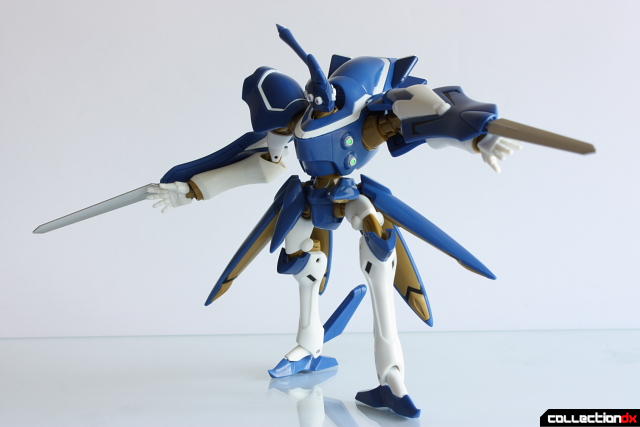 The spike on the head can be swapped out with a different piece where the spike is in the forward position. This is used as a weapon in the series. 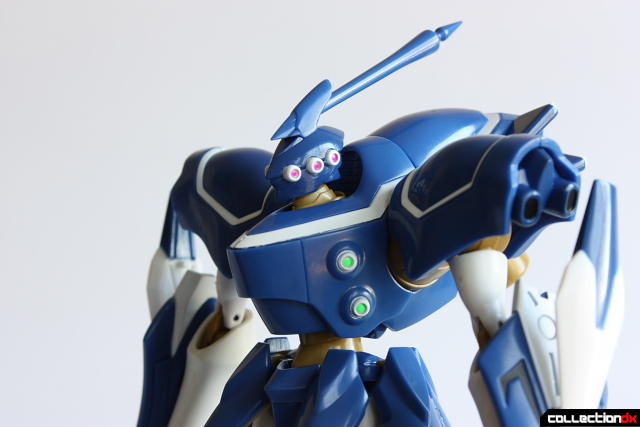 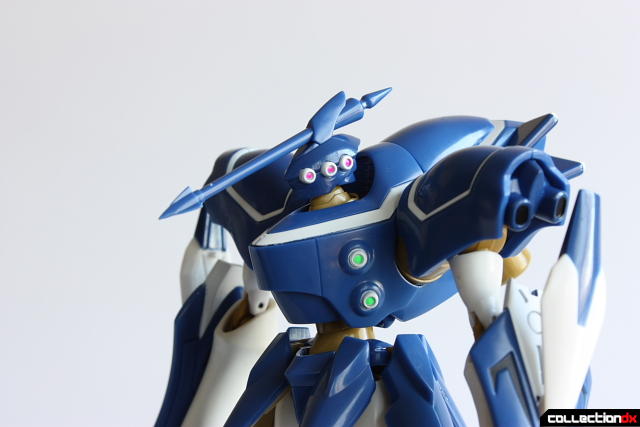 The cockpit hatch also opens and there is some nice painted detail inside. 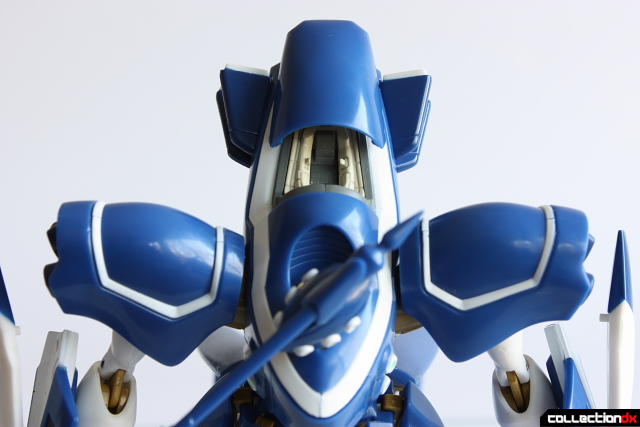 Bandai advertises the Tamashii Stage act 5 for use with this figure. Unfortunately I don't have this stand, but rummaging around I found that a revoltech stand actually works fine. There is a small hole in the back that a revoltech joint fits into perfectly. When in the air the feet can fold up to a nice point. There are also boosters that fold out of the back of the legs. 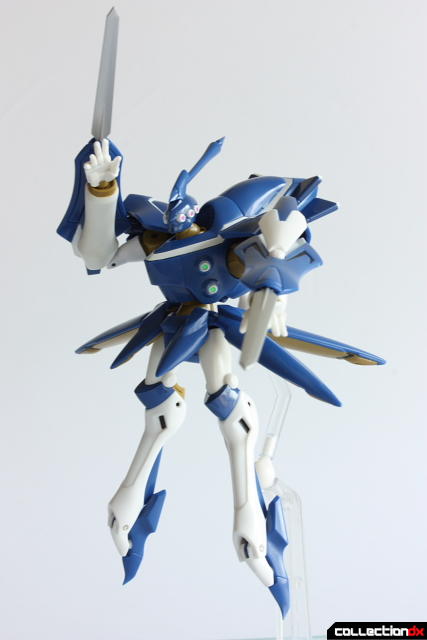 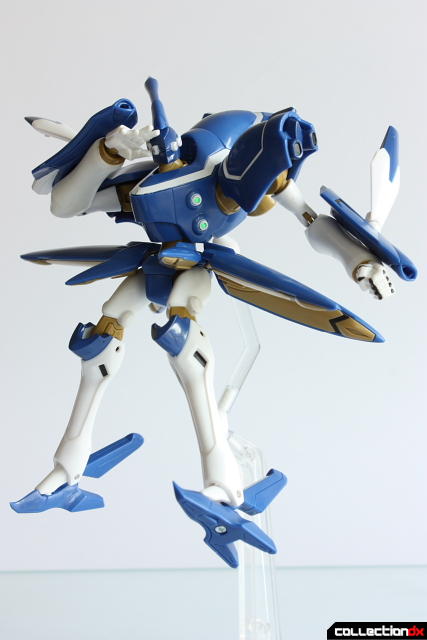 Overall this is an amazing figure. The sculpt, finish and feel of the toy are remarkable and the toy is very satisfying to pick up and play with. I highly recommend it.

Aah, Eureka Seven is still one of my fave series to this day XD. I always loved the designs, and I'm glad someone took the effort to capture them in toy-form.

I wish they had mad a soc of this.