This toy is from the 1989 OVA Gundam 0080. It only had a minor appearance in the series, but the design has become a fan favorite. It has also been seen in video games, including the Dreamcast game Gundam Side Story 0079: Rise from the Ashes which was released in the United States. In the video game, the mecha had a different color scheme and weapon loadout, Bandai is releasing this version as a web exclusive.

The figure comes in the standard Robot Spirits packaging, a nice compact window box with the contents housed in a single plastic tray. 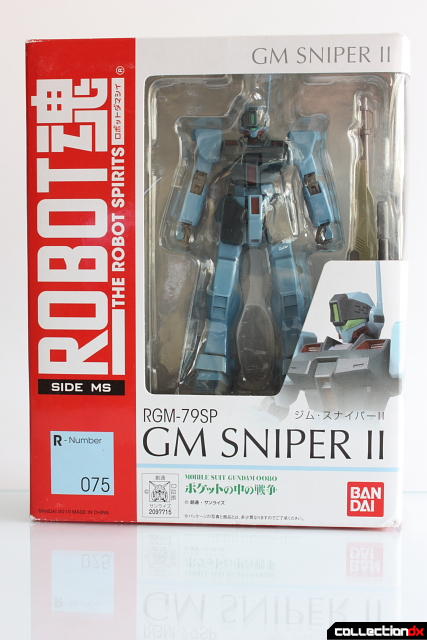 The back of the box has some nice photos of the toy and general information. 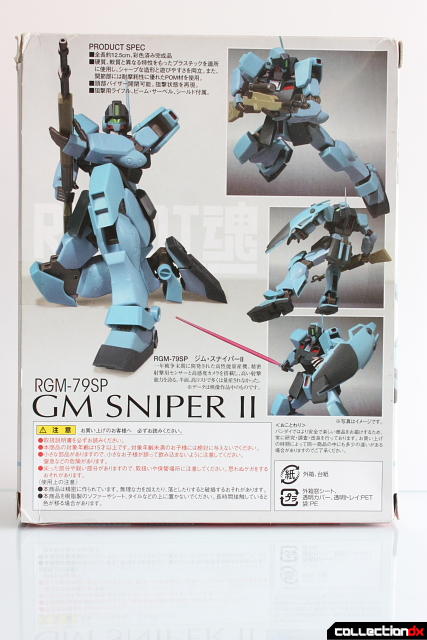 Out of the box the figure stands approximately five inches tall (a little taller to the top of the antenna). Included accessories are a gun, shield, 2 beam sabers, 2 sets of open, closed, gun holding and beam saber holding hands, and a stand adapter. 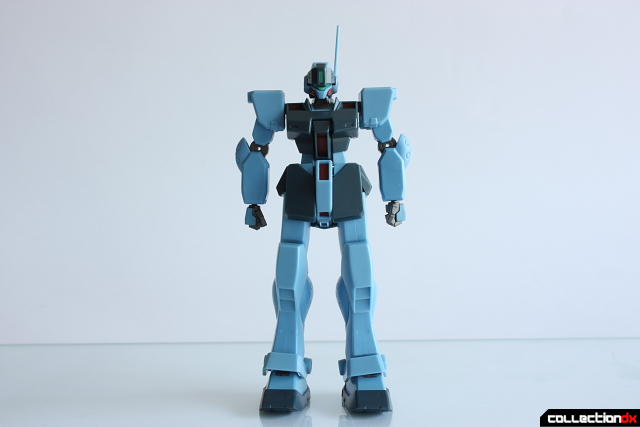 The beam sabers need to be attached to the rear skirt. Beware they fall of easily when handling the toy and may be lost easily if you aren't careful. 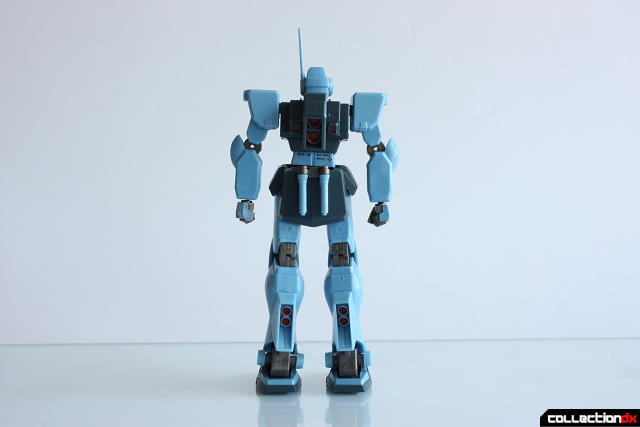 The shield attaches with this adapter piece. It is on a ball joint and can be placed on the side or back of either arm. 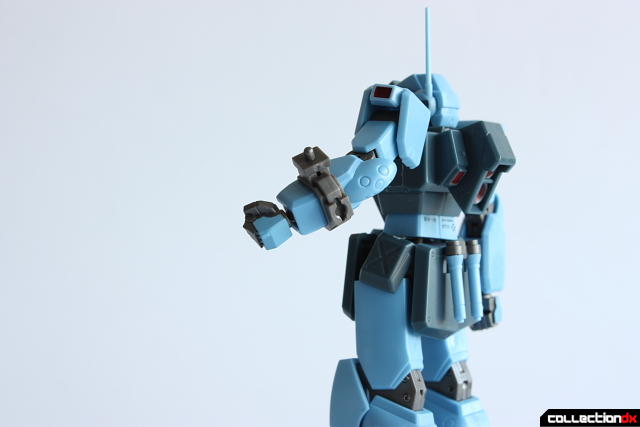 The shield has 3 points for attachment. 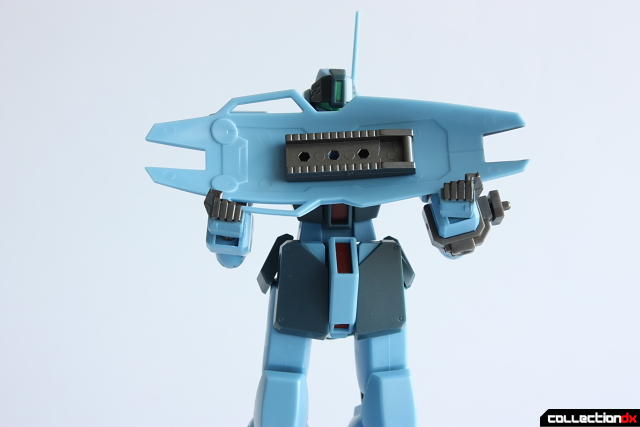 Here is the figure with its standard armament. The figure is very solid, joints are tight and it feels satisfying in your hand. 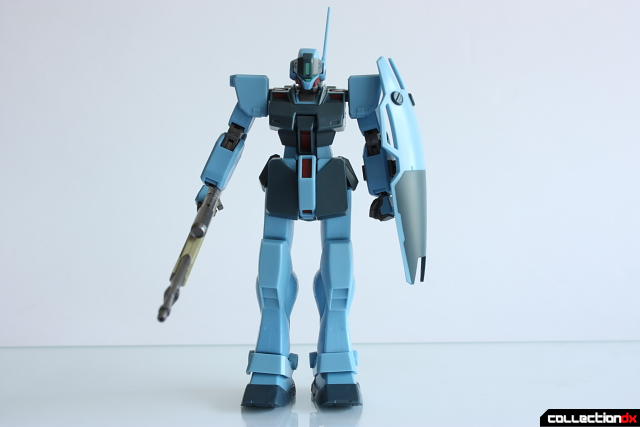 The figure is very posable with double joints almost everywhere. The knee armor is separately articulated and the front of the ankle features working pistons, the toes are very posable as well. 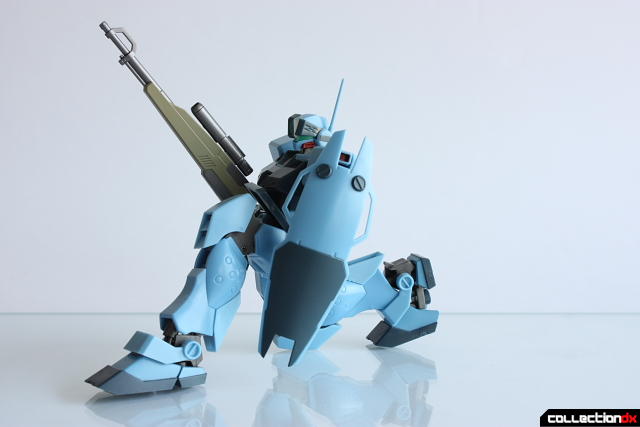 Balance is good and the figure can hold a variety of great poses. Here you can see the additional joint at the shoulder and optional open hands 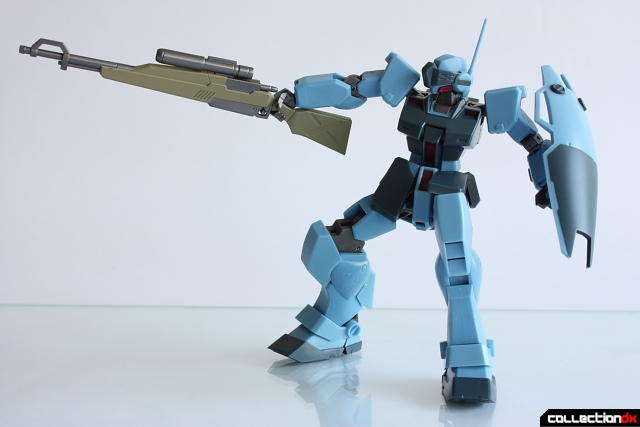 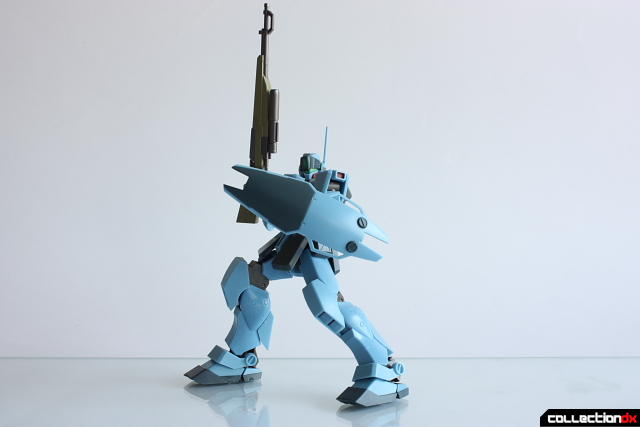 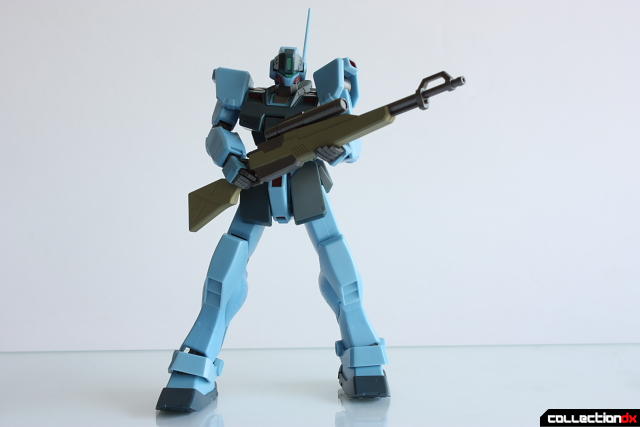 There are two beam sabers included that look great and fit securely in the hands. 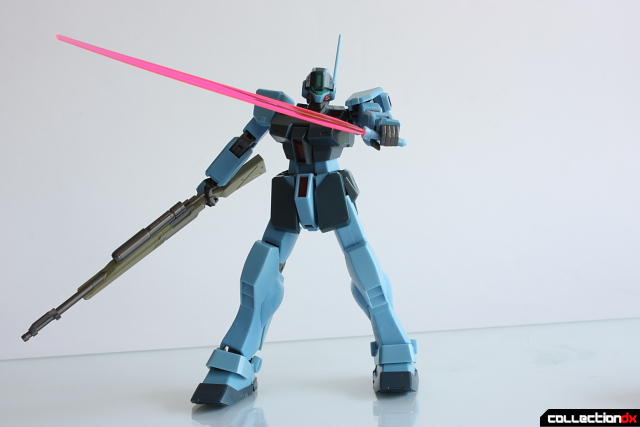 A stand adapter is included and locks securely in place. The figure is supposed to be used with a Tamashii Stage Act 5, but a Revoltech stand also works. 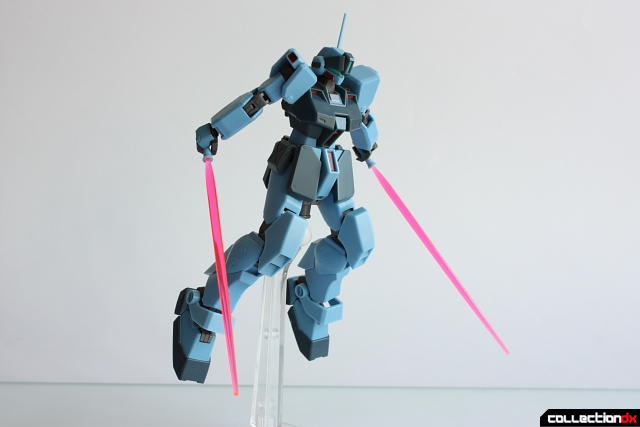 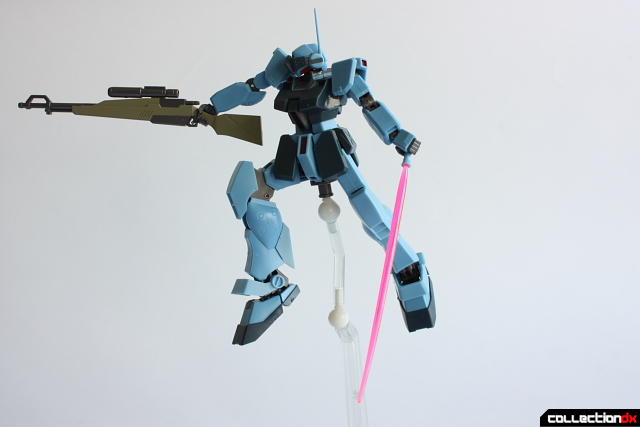 The visor also flips down over the eye without part swapping. I wish it flipped up a little higher; the eye looks a little squinty when the visor is in the up position. The neck also seems a little on the long side to me. 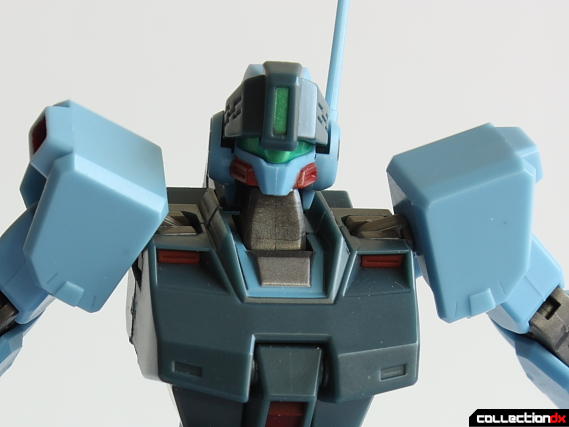 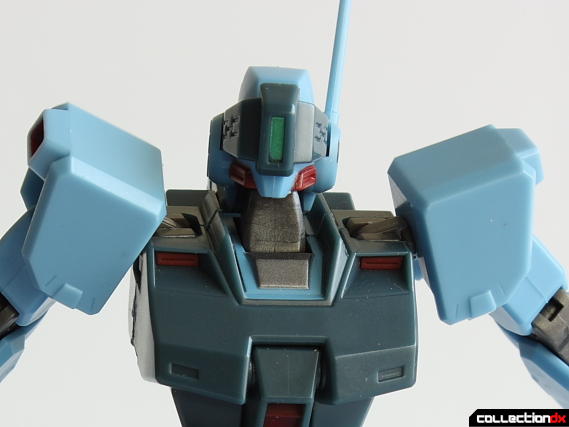 Overall this is an amazing figure. It is the most posable and has the best fit and finish of any Side MS Robot Spirits figure I have handled. I highly recommend it and you can get yours at BigBadToyStore

I really like the GM Snipers. Any idea how you can get the White Dingos web exclusive version?

Check out BigBadToyStore or inquire through a proxy service like Tokyobuyers. There are some other retailers that are also starting to offer more exclusive items. Whichever route you take it will end up being a bit more expensive than purchasing the regular release so be prepared.

I actually just recieved my Damashii GM Sniper over the weekend and I gotta say hes awesome. Really great articulation and a pretty solid figure all around.

I did see that Bigbadtoystore had the white dingo exclusive.

A General question: how do you think Robot Spirits toy line fare, compared to Bandai's HCM and HCM Pro lines?

I have only one HCM, a 1/200 limited version RX-78-2 Gundam 01-LV. I really enjoy its fine details and posability, I like far less its ball joints for weapons and hands - they too easily fall off.

I keep seeing Robot Spirits on show in shops, while it's been very long since I've seen any HCMs. Robot Spirits look to me someway more "plastic" and flat coloured and have less painted details (or no detail at all), but they seem also more solid and not easily disjointed.

I'd really like a Gm Sniper II, like the one here, only with some more detail added on it. Does anything like this exist, in Robot Spirits line?

I already have the White Dingo version. I actually held off getting this GMS because I liked the WD version better. I'll post a review if I can.