The Nazca Dopant is one of the most unique rival characters in tokusatsu. Hailing from Kamen Rider Double, his name and design are based off of the Nazca Lines of Peru. He’s the first web-exclusive S.H. Figuart I remember wanting, and almost five years after his release I finally bought one. I’m glad to say he definitely still holds up as a good action figure. 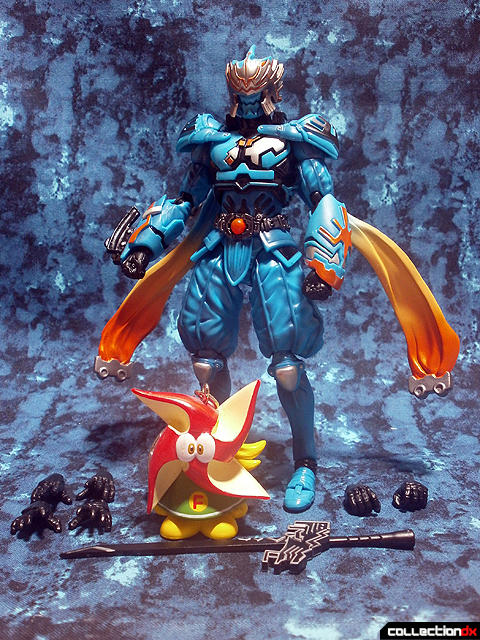 Nazca comes with his sword and three pairs of hands; one to hold his sword, and two more sets of splayed hands. His scarf pieces come unattached, putting them on their ball joint is more difficult than you’d expect. Filling in for Nise Gundam today is a keychain of Kamen Rider Double’s mascot character, Fuuto-kun. 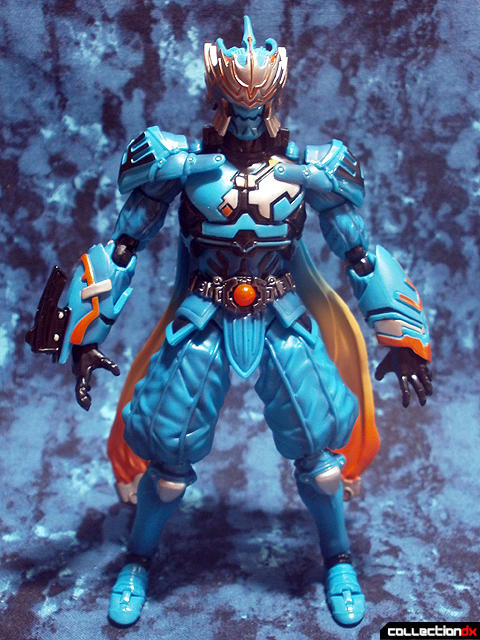 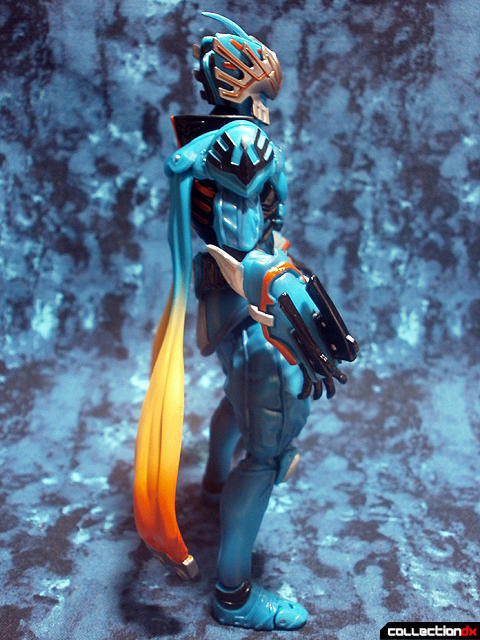 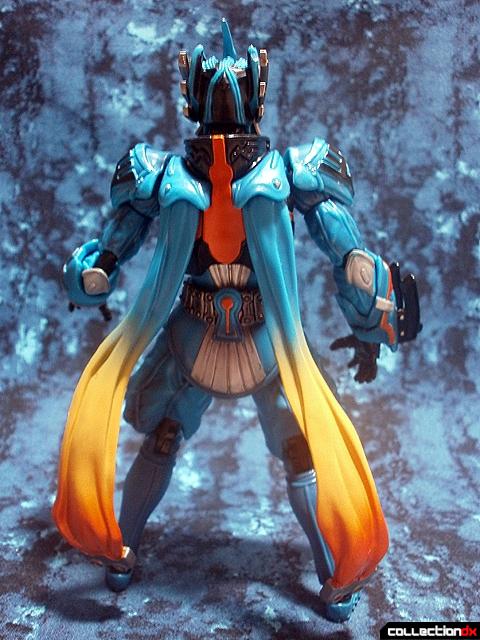 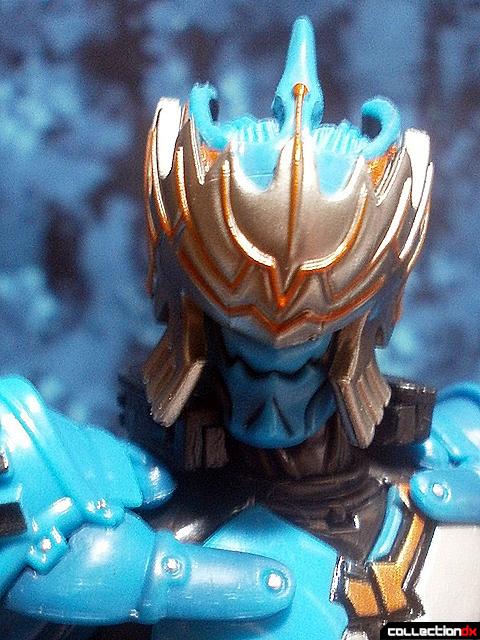 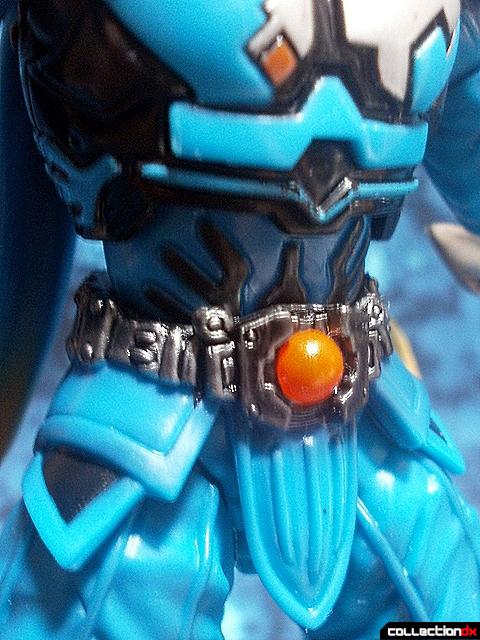 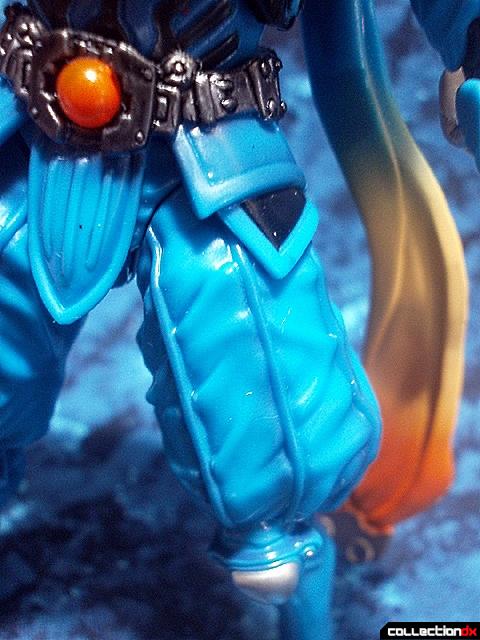 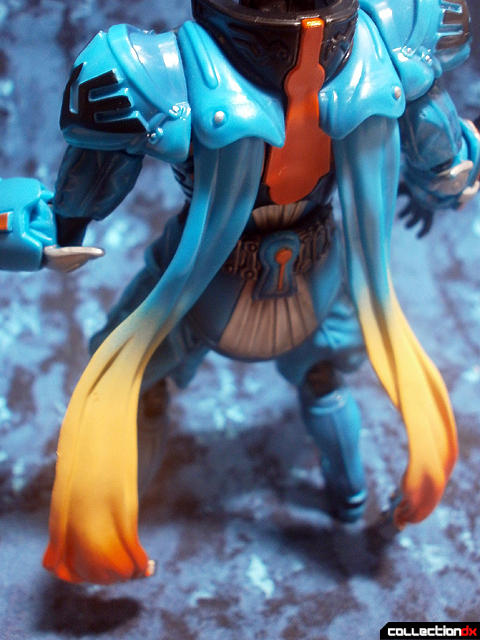 Nazca’s design is a bit more complex than your average Kamen Rider’s, but his figuart lacks none of that detail. Even his puffy pants are rendered spectacularly. The only things that take away from how good he looks are the elbow joints that are black and not the same blue as the rest of the body. I was surprised to find that his shoulder pads didn’t have the big obvious hinges that many other Figuarts of the time had; they are concealed and have just as much range of motion. 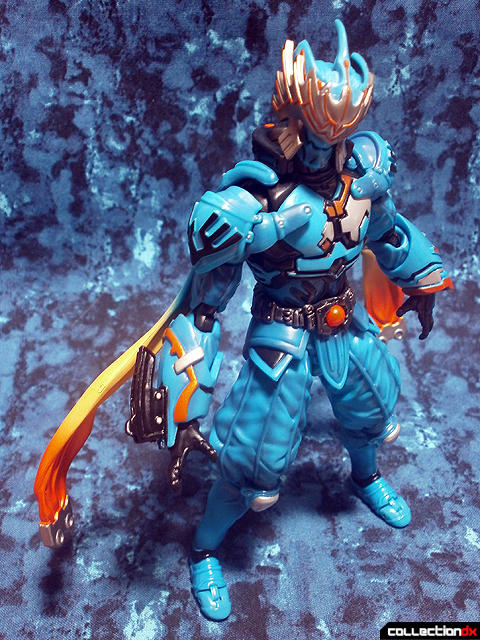 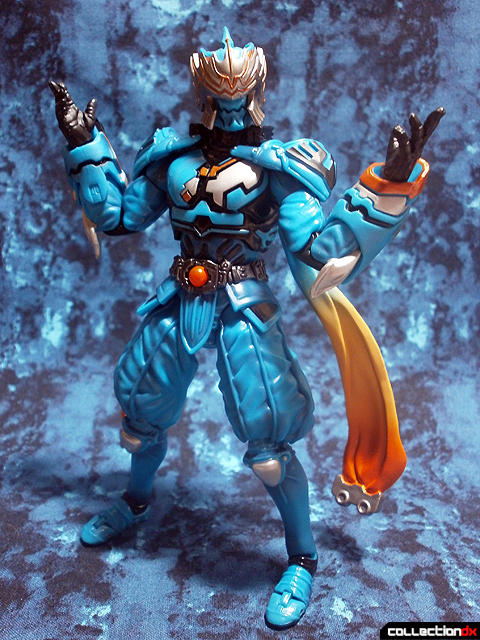 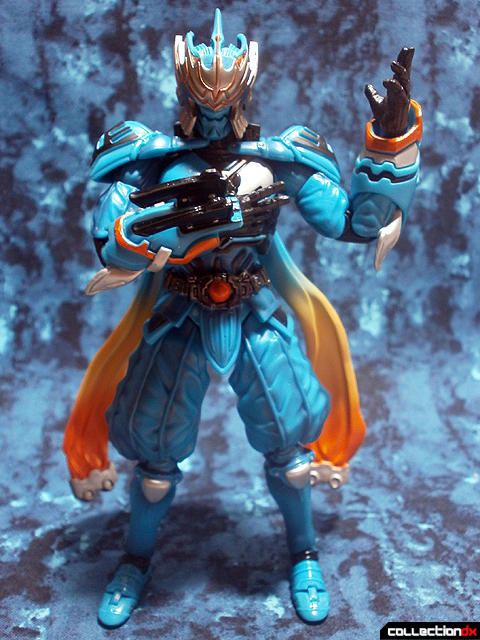 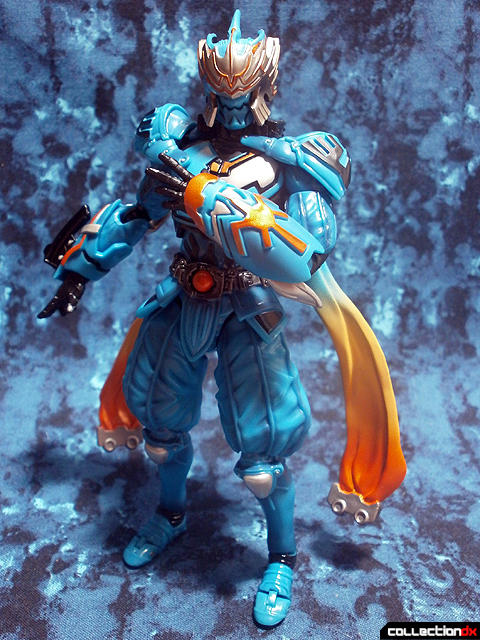 While he may look like just another monster, Nazca’s splayed hands help show off the gentleman inside the suit. 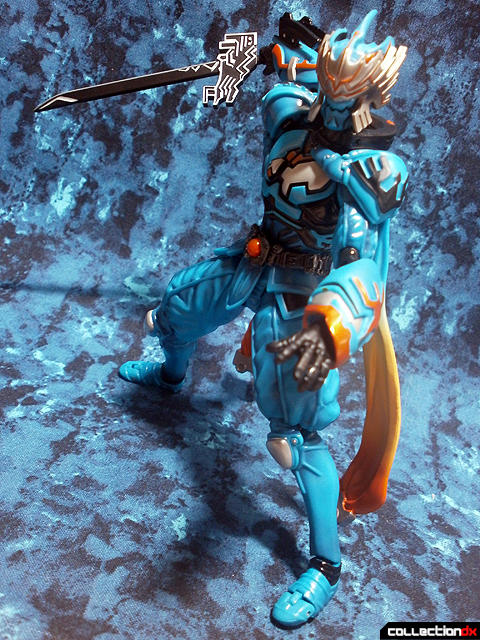 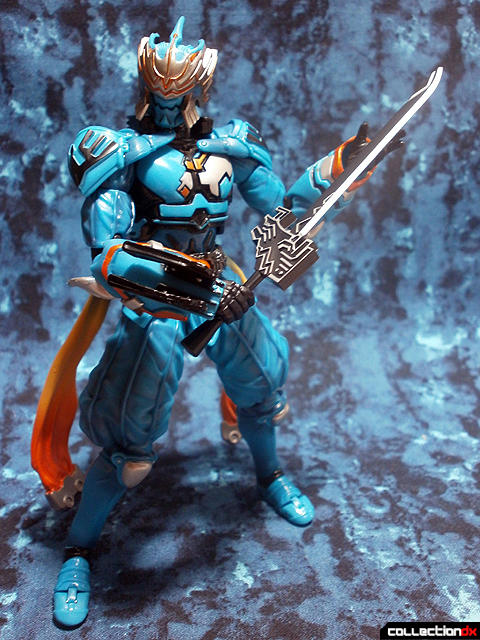 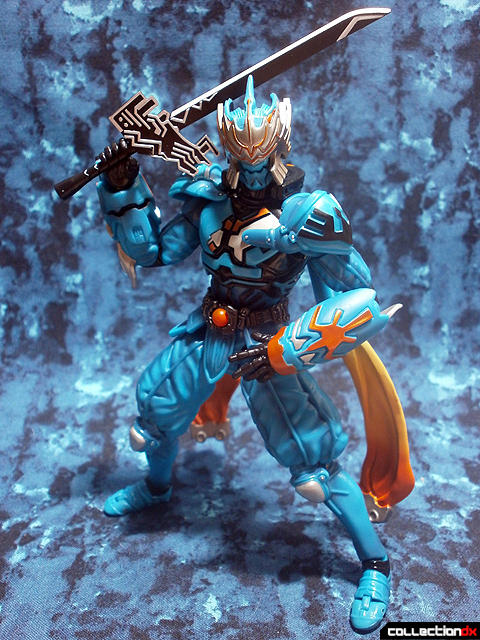 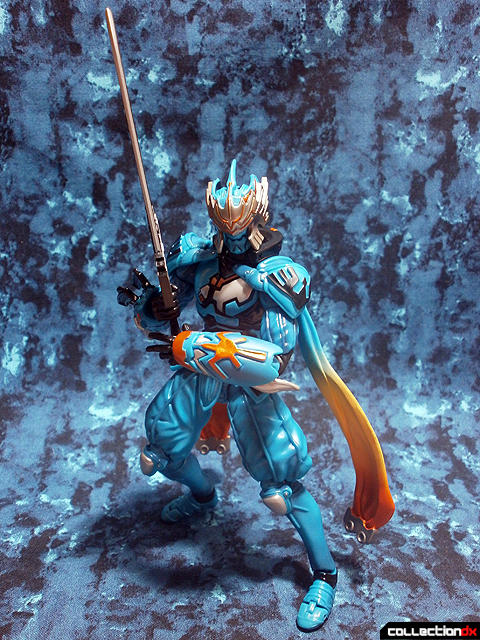 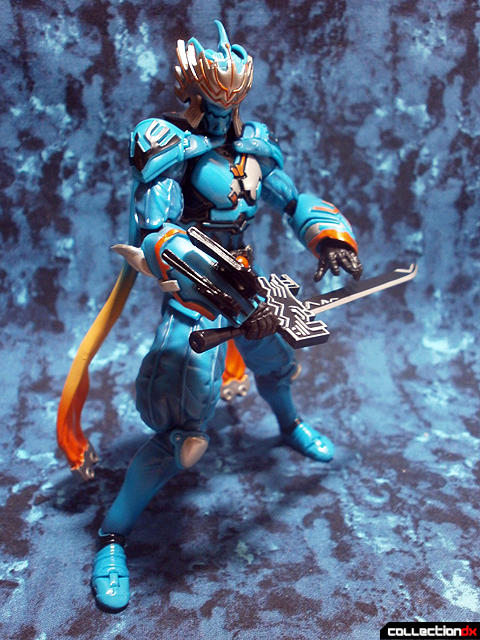 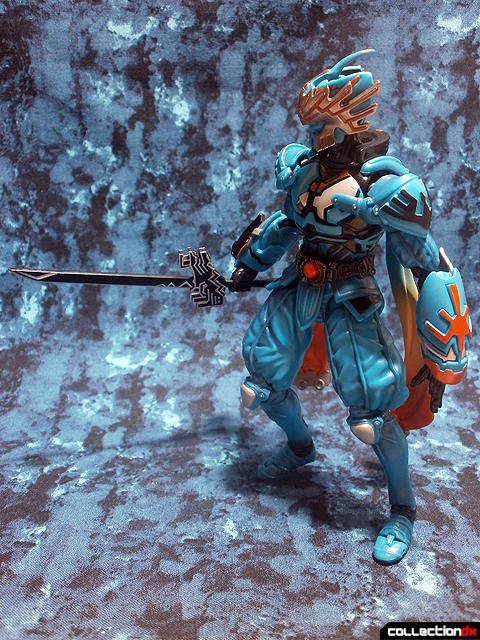 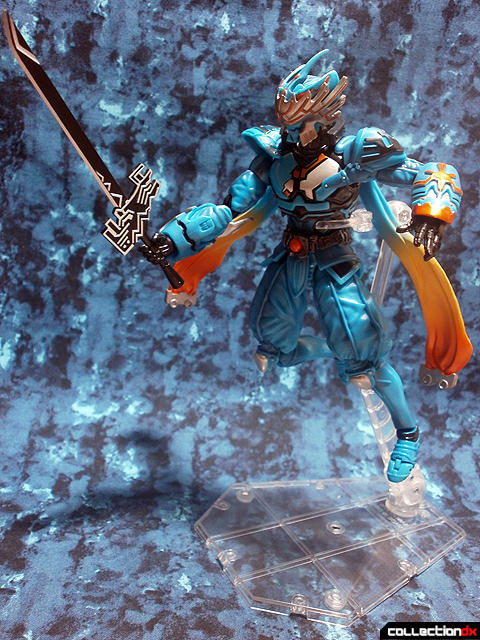 But he is also a fierce and powerful swordsman, and Nazca looks best wielding his blade, partly because it’s a lot easier to pose him in a way that hides his elbow joints that way. 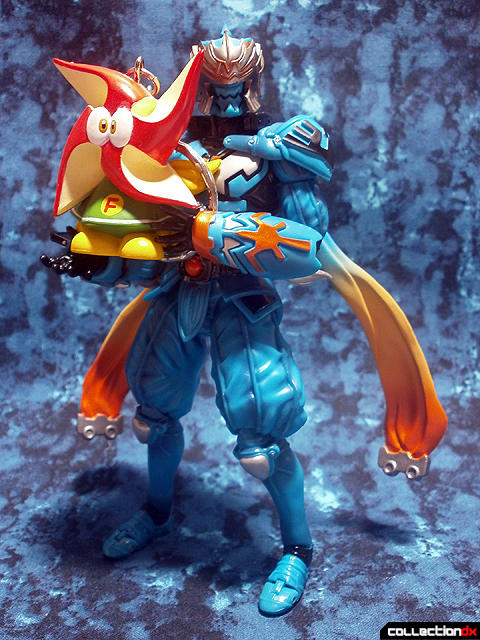 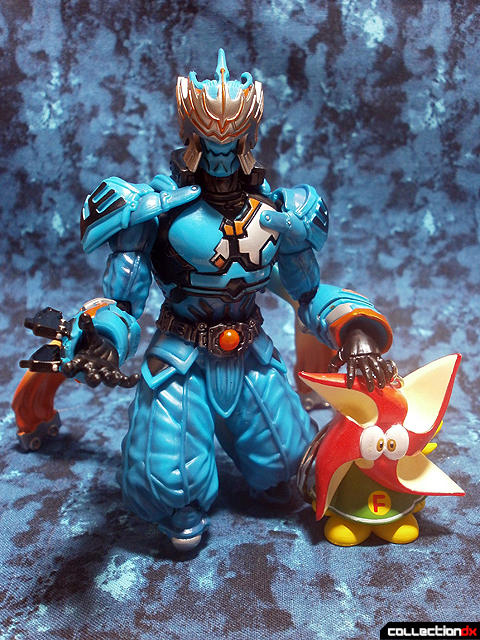 Even though he was an early Tamashii Web exclusive, Nazca is probably one of the easiest to find and inexpensive S.H. Figuarts from Kamen Rider Double. I would definitely recommend any fan of the show or just good monster designs to add one to their collection.

I didn't realize the link to the Nazca lines. Suddenly, the Museum family Dopants make a lot more sense to me. (Smilodon, Claydoll, and Terror's mask.)

Didn't know they made keychains of Futo-kun. I wish they included his wings for flying. I know we only see Kirihiko use them once or twice, but still. Good figure nonetheless.