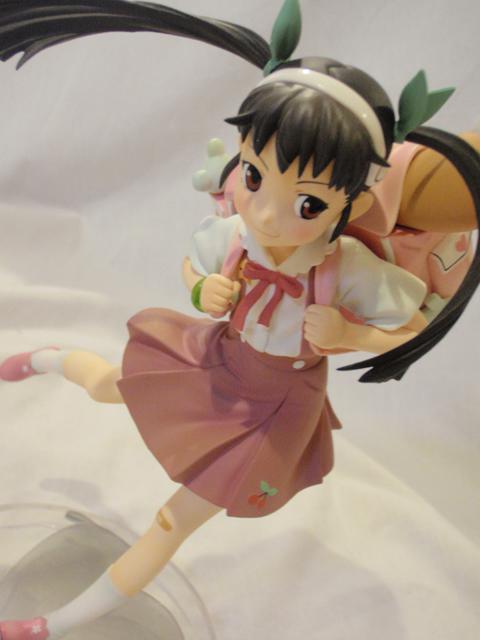 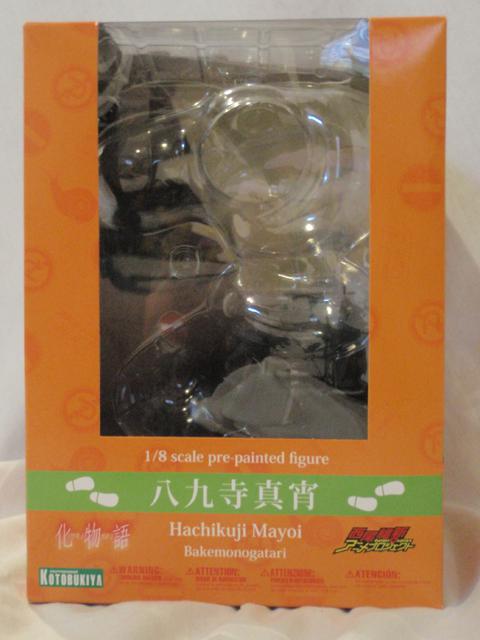 Kotobukiya has once again sent me a sample figure , this time Mayoi Hachikuji from the anime Bakemonogatari. Last time Kotobukiya sent me Hitagi Senjogahara, from the same anime. Like that one, this one doesn’t disappoint. More so, I really like the character. She’s so darn cute. Mayoi Hachikuji is a young schoolgirl that can’t find her way home, whom the main character meets in episode three of the series. We find out that things are not what they seem with the little girl (I don’t want to spoil things if you haven’t seen it, but it’s sad). 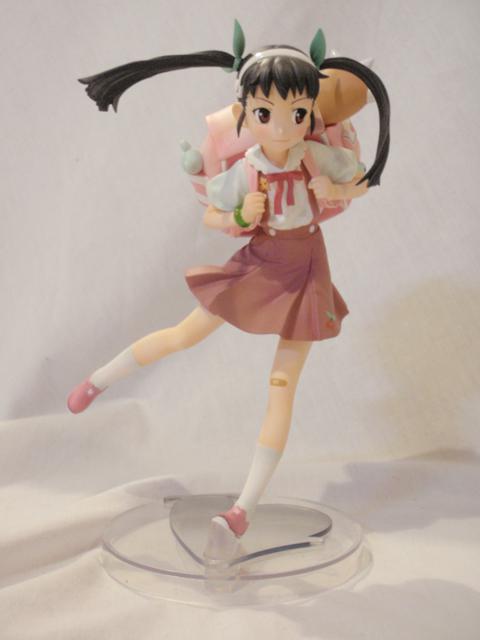 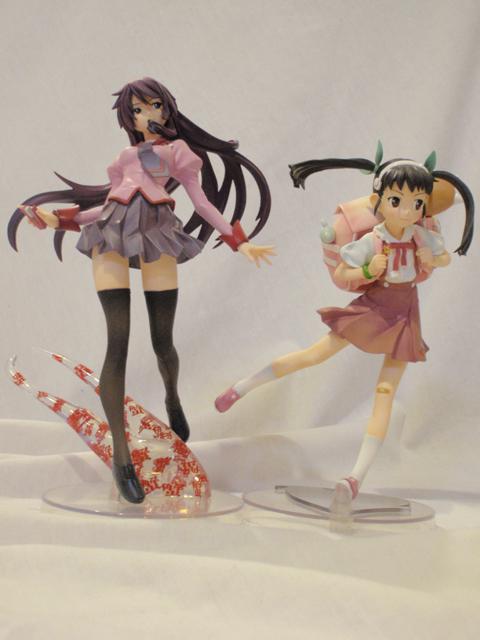 This figure I’m reviewing is 1/8 scale and 7.02 inches, although I think the figure might be a bit bigger than she actually is meant to be if compared to Hitagi. 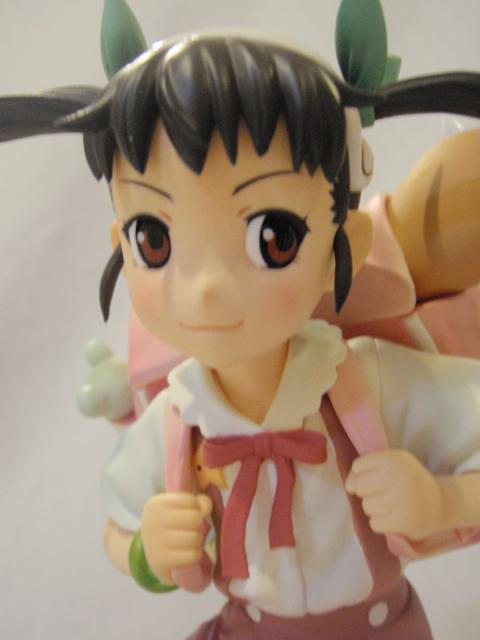 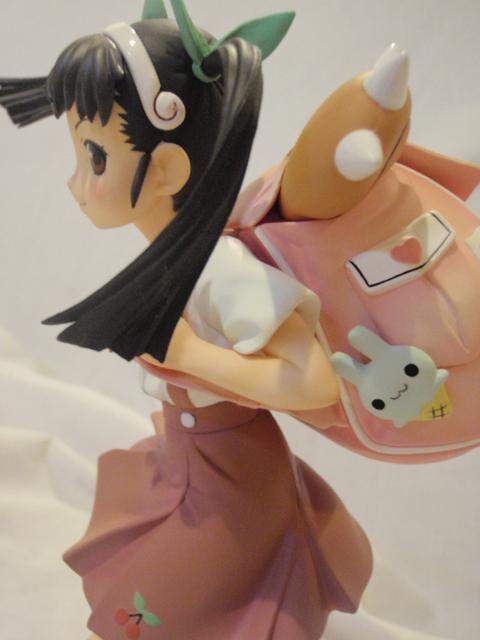 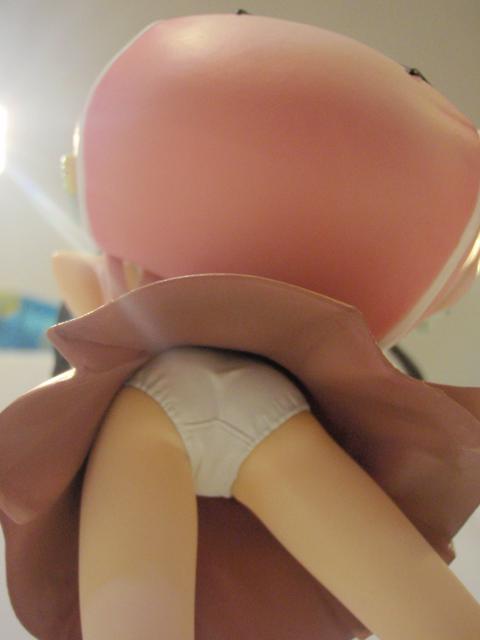 Still, that doesn’t distract from the fact that this is a wonderful figure. Kotobukiya’s talent for turning a 2D character into a 3D figure is evident here. Everything from her face, to her uniform, to her enormous school backpack (with the patent monster plush). Even her panties are nicely sculpted. 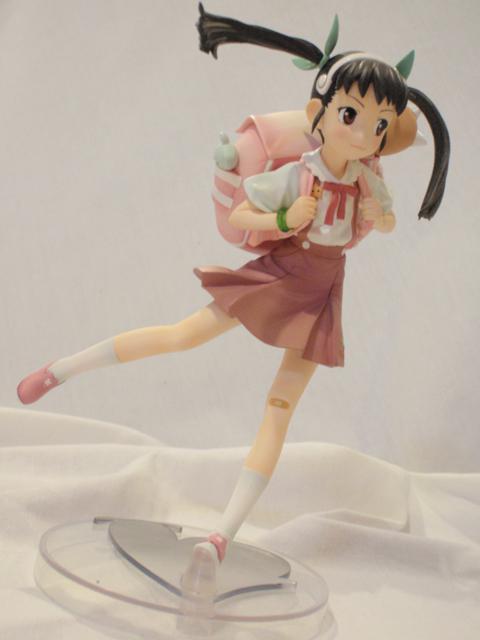 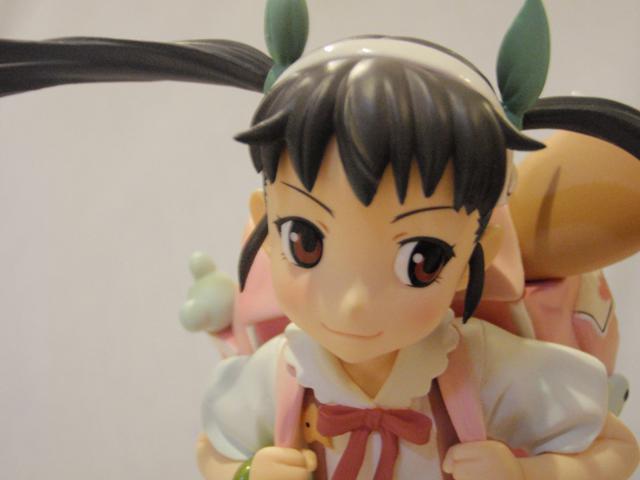 I am a bit worried that, due to her walking pose, the figure will lean over in time. Still, everything about the figure is solid. Under her shoes are a snail design (her animal motif, thus the large backpack). The stand is a simple clear stand with a snail design on the base. 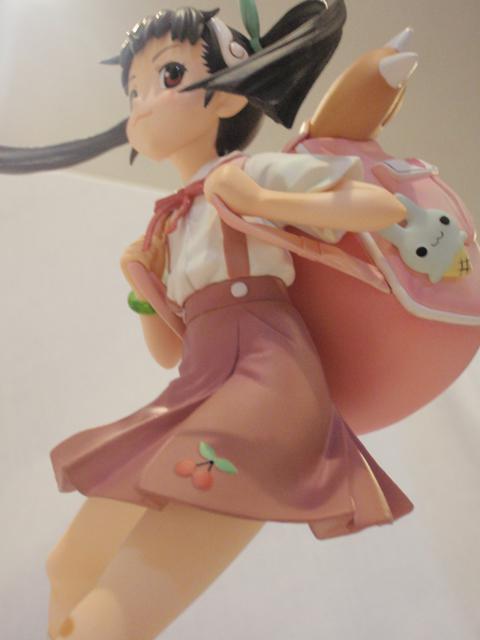 Overall, this is a wonderfully adorable figure. If you’re a fan of the anime, the character, or just cute anime girls, this is for you. It’s expensive for its size but the sculpt and detail make up for it. 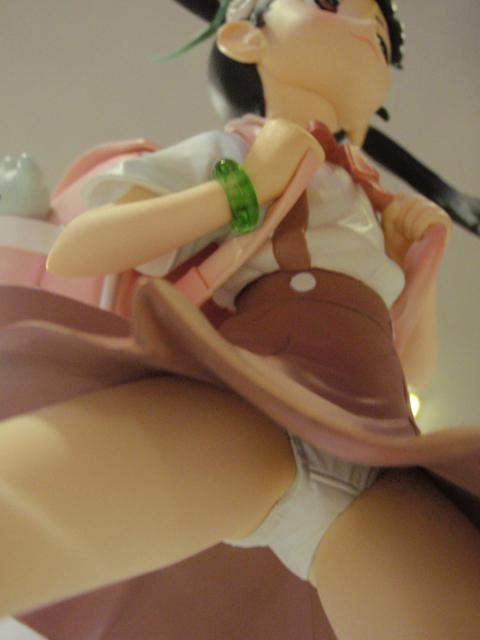