Kamen Rider Decade was Toei's Kamen Rider series in 2009. It was supposed to be Toei's celebration of 10 successful years of the current Kamen Rider run, but it ended up only being 31 episodes long and kind of sucked (IN MY OPINION).

Anyway, the show focuses on Tsukasa Kadoya and his Journey Through The Decade (Du Huhu!) as he flies from world to world fixing problems for the previous Kamen Riders. Well, kind of. They recast almost everyone so that each Kamen Rider world is in an alternate universe. This lets them get away with changing characters and warping the story to do whatever they want. 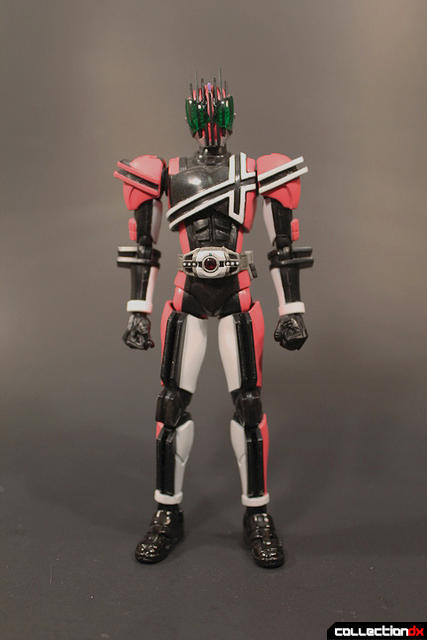 So lets look at the figure! Here is Decade in all his glory! I should mention that this is the Violent Emotion version of him. It is based on his appearance in Kamen Rider Movie War 2010 where he is a slightly lighter magenta and the yellow dot on his face turns PURPLE! GASP! 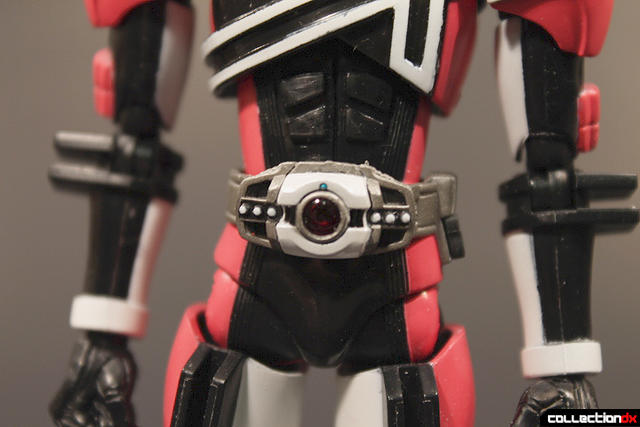 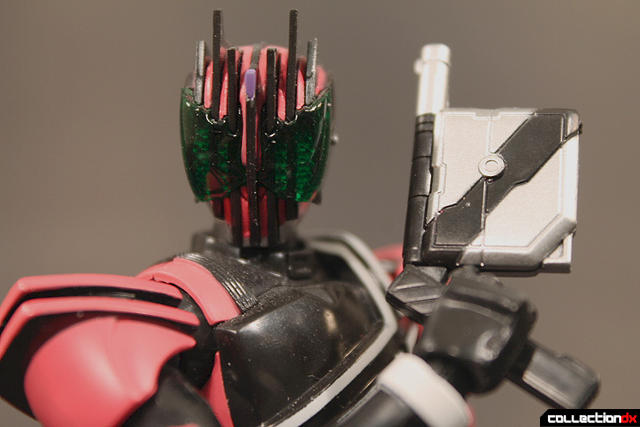 I'm really pleased with the details of this figure. His colors are gorgeous and all his sculpted detail make every inch of him stand out. I also LOVE the eyes! The green is luscious and the compound details underneath look amazing! 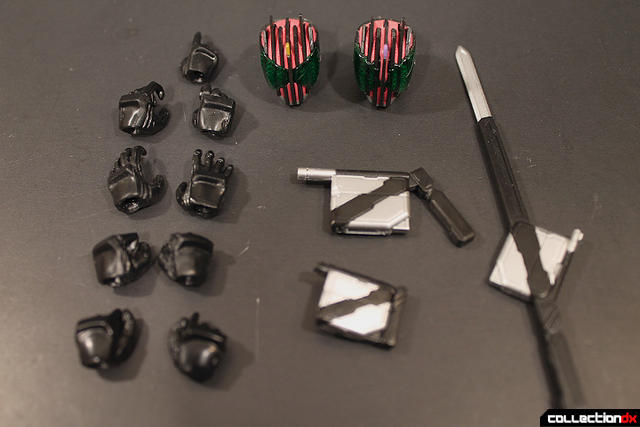 As for accessories, he comes with everything he needs to become the Destroyer of Worlds. He comes with four and a half pairs of hands, including fists, holding-things hands, ANGRY HANDS, fists, card-holding hands, and fists. The card-holding hands are weird because he doesn't come with any cards to hold. It's not a total dealbreaker because I would totally lose the little cards if it came with any. He comes with his Ride Booker in several modes so you can shoot, slash, or stand there being boring in STYLE! The coolest accessory is probably his extra head so you can display him as a crazy Rider-murdering psychopath or a boring pink guy with a yellow dot on his head. 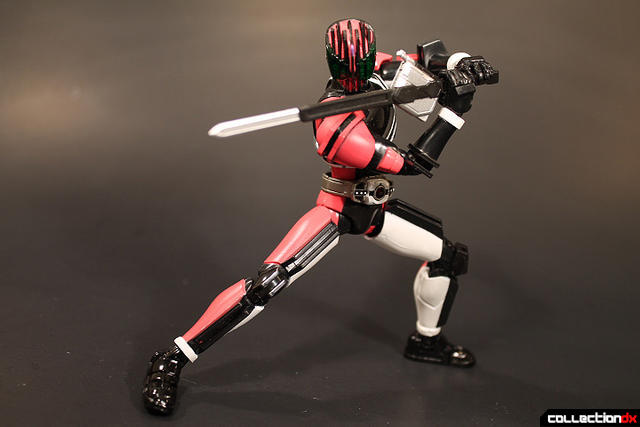 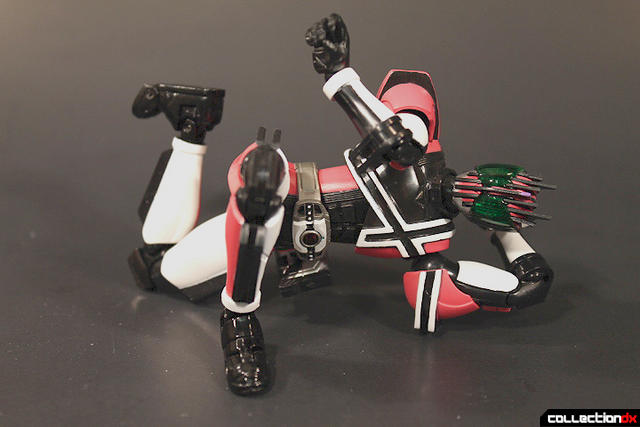 Articulation is standard for S.H. Figuarts with ball-joints everywhere and double-jointed everything. He also has diecast feet, so that's totally cool.

"Decade! I will destroy all the Riders, including you." 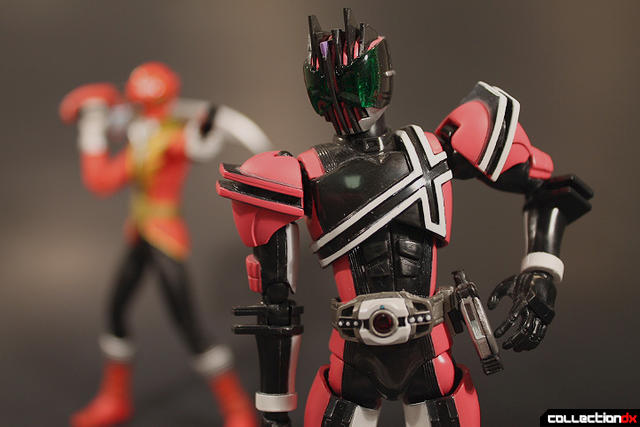 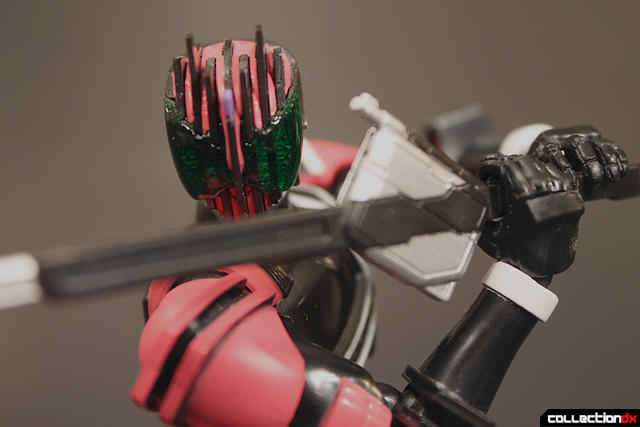 *click* "You will regret the day you crossed paths with me." 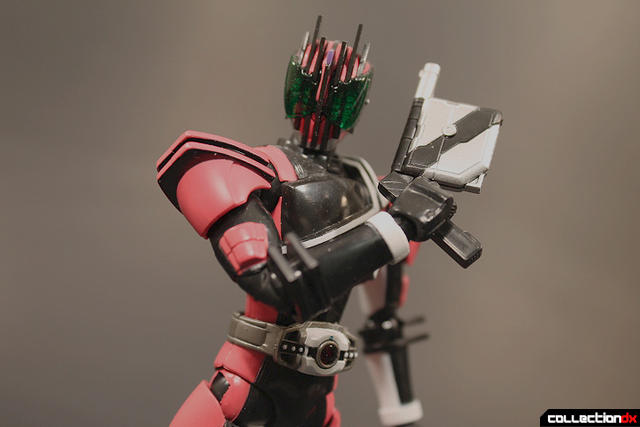 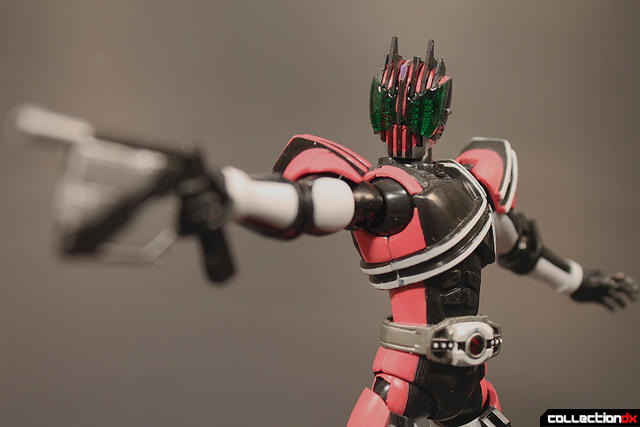 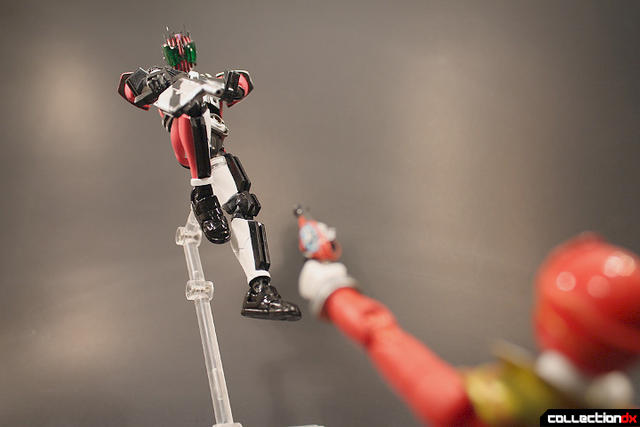 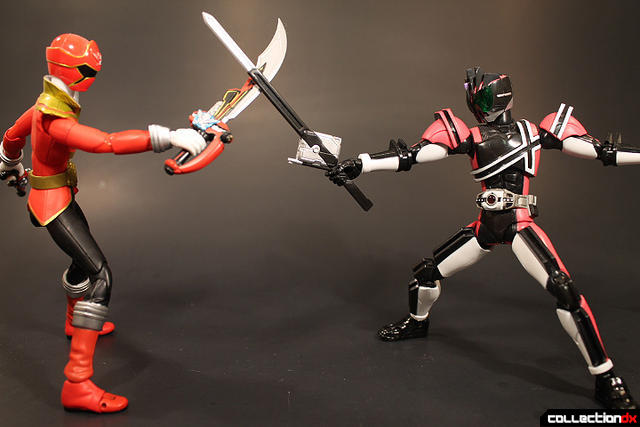 "I am Gokai Red. You will not live to see tomorrow. I will c-" 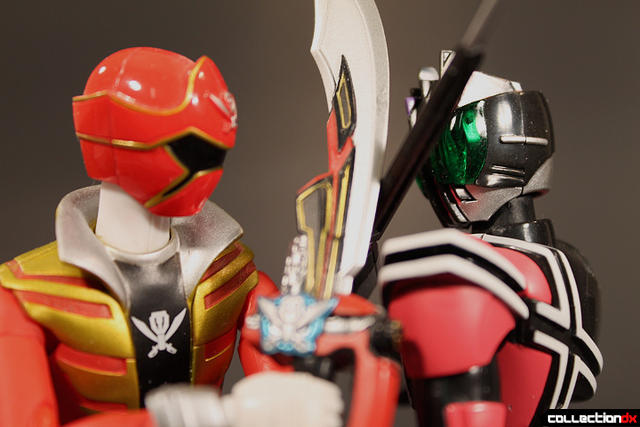 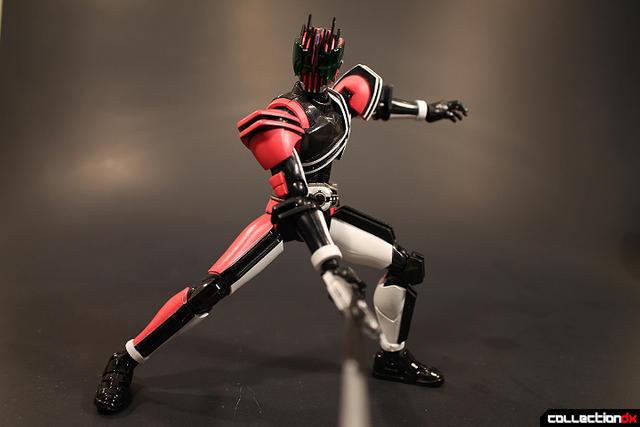 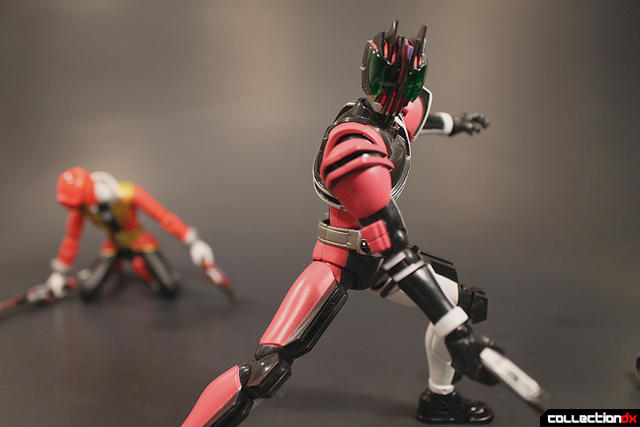 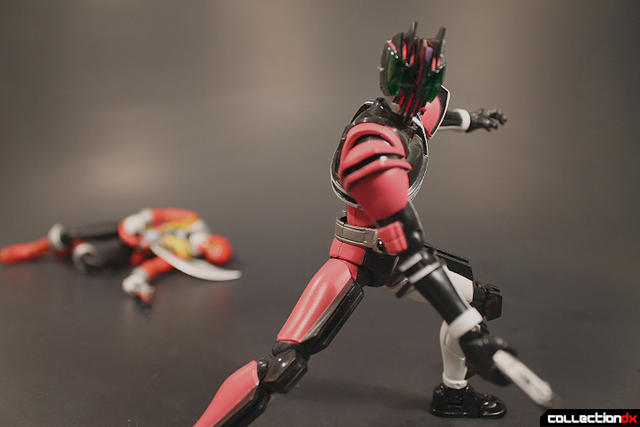