TRON Legacy is a sequel to TRON, one of my favorite movies in the 80s. The most iconic vehicle from the original movie was the lightcycle – a digital vehicle that encapsulated the riders as they played on the game grid.

The original lightcycle was designed by legendary designer Syd Mead. Originally he had envisioned the light cycles as having open cockpits, with the visors of the riders serving as the windshield in front. Unfortunately, technology at the time could not support this, so the simpler geometric design was used instead.

Now, 20 something years later, the Lightcycle has been redesigned. Designer Daniel Simon obviously looked to Syd Mead’s concepts when designing this vehicle.

In this new vehicle the rider and bike are one. The lightcycle is a singular, muscular machine – an epic, digital, symbiotic entity.

Unlike Flynn’s lightcycle, this one is labeled as a “Deluxe” set, and rightly so. This is everything that one wasn’t. This is an awesome toy. 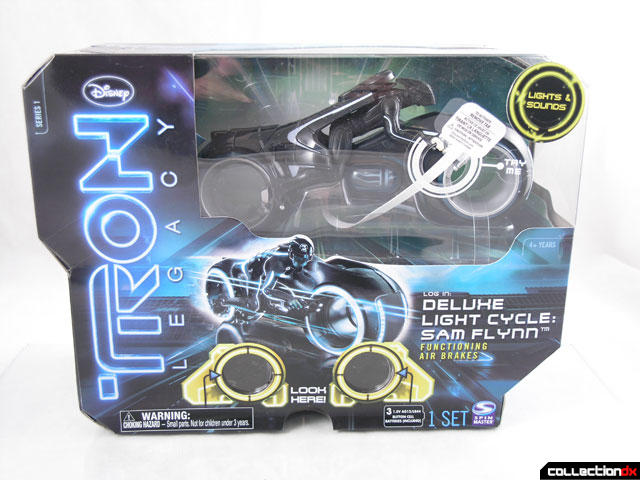 The packaging is big, but this time there’s a reason. At the bottom of the front of the box there are holes that you can look through to see a stereoscopic image of the lightcycle. It’s a great effect. Unfortunately, if you plan to actually play with the toy, it goes in the trash. 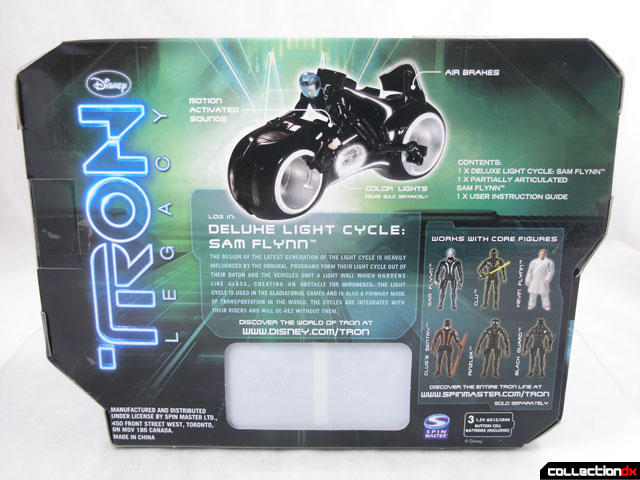 The toy feels good in your hand, with good construction and good materials. The rider is sort of a placeholder, lacking the details of a fully articulated figure. You can remove the rider and place a regular figure inside, while swapping the head so the new figure uses the “riding” head. There’s also a lever that is activated when a figure is present. This lever triggers lights and sound. 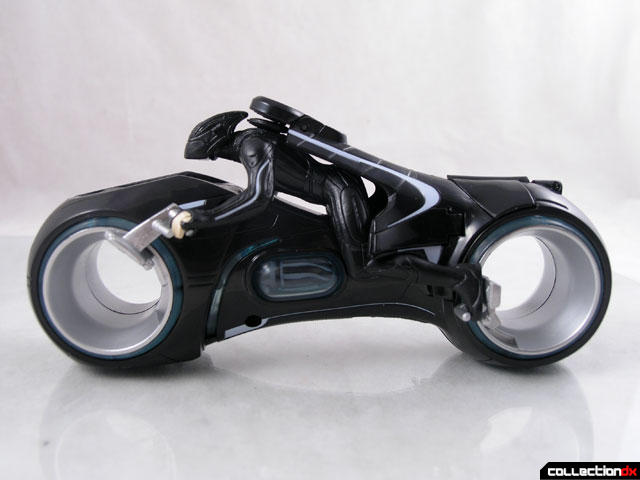 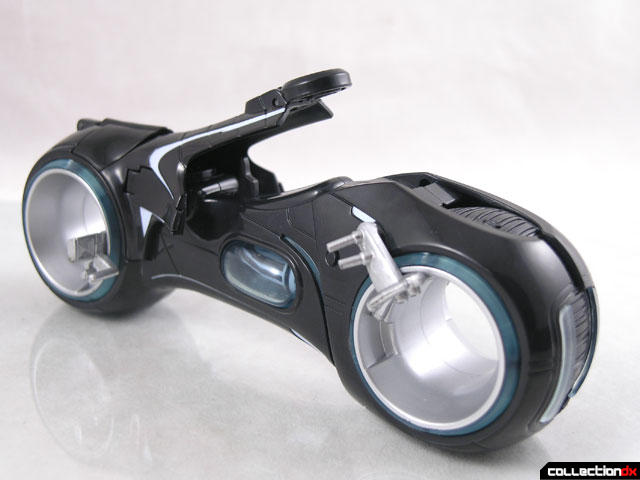 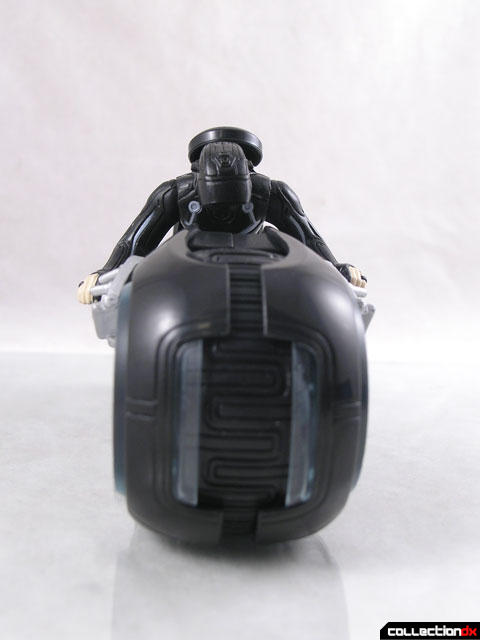 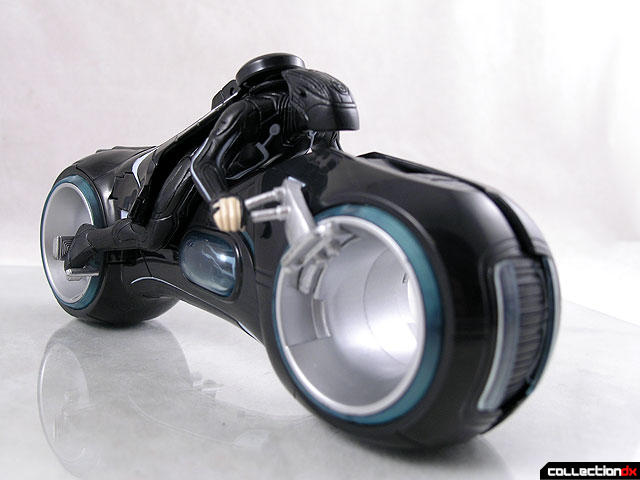 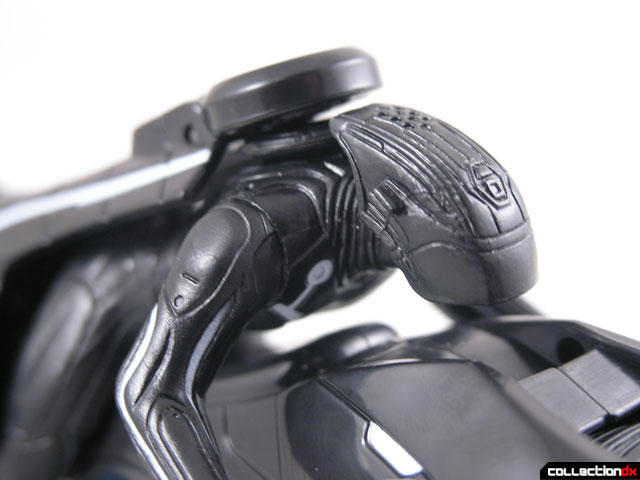 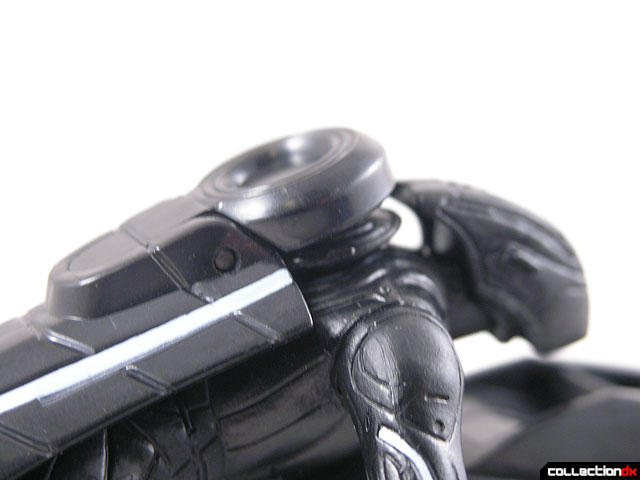 The light and sound on this one is great. First, the lights pulse with the sound, which is motion activated. There are a variety of engine noises that play at random. There is a try me switch on the bottom that needs to be set to ON to activate the regular play pattern.

One of the nicest features on this thing is the rubber wheels and the rotating engine. The fat tires are a nice hard rubber that gives the wheels a nice traction on hard surfaces. I like how the body is grooved to see the tires through the front. When the tires move, it activates a gear that spins the engine in the middle – a great effect! 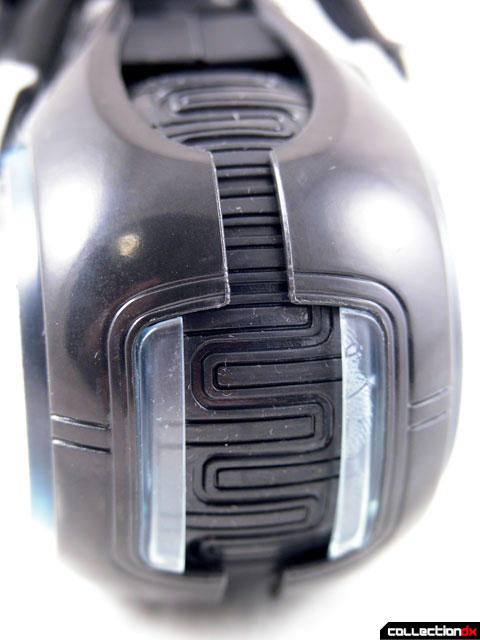 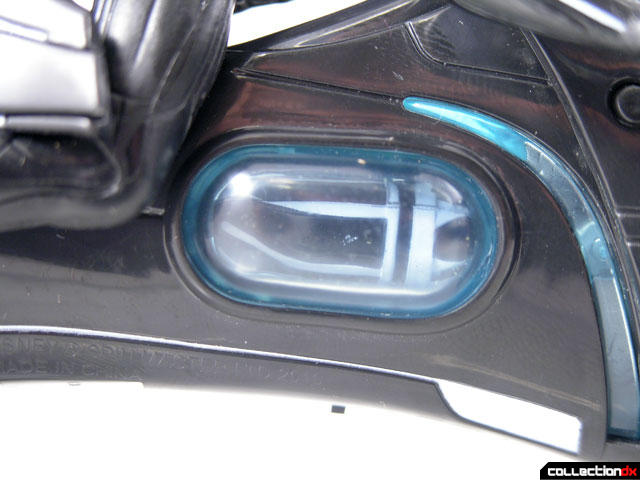 Another cool gimmick is the opening air-brakes (for lack of a better term). This is three panels behind the rider that can open up and look like they slow the vehicle down. Each just clips in, so if you give this to a kid, be prepared to lose them. 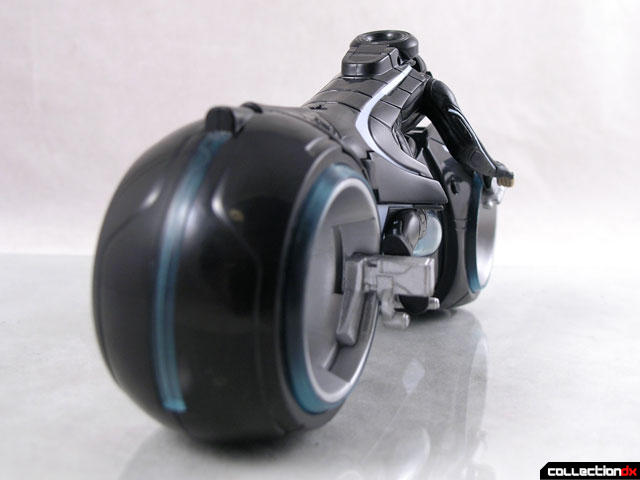 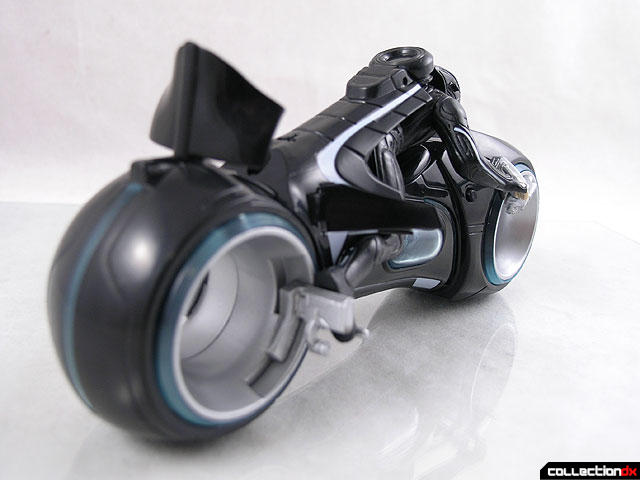 This toy is a solid entry into the TRON LEGACY toy line. I hope they make other colors in the line, as well as a new Flynn cycle with the same level of play value. 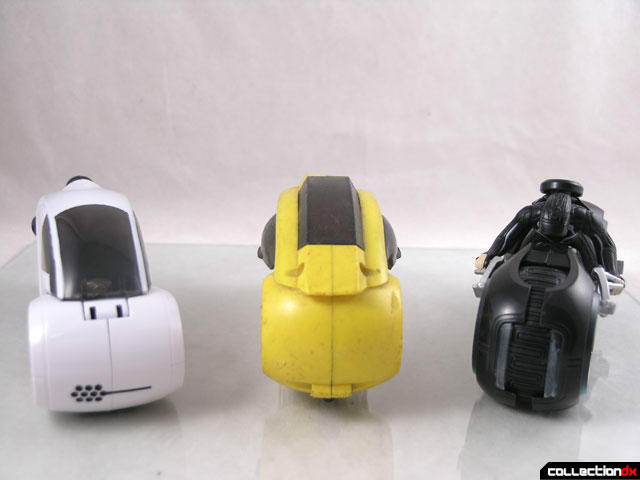 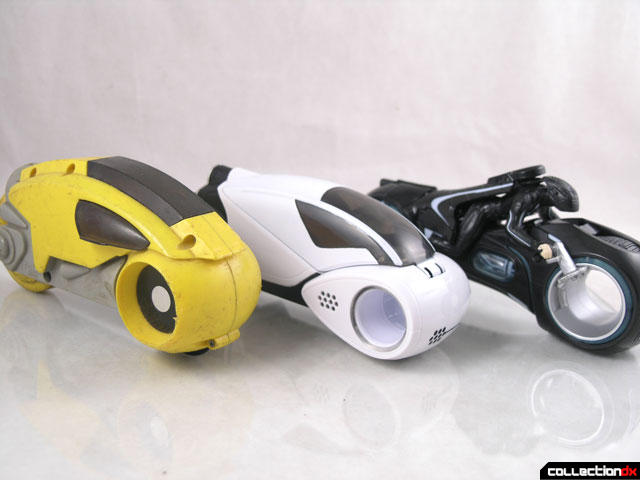 I shot this video the day I got home from purchasing this toy, and I admit, I hadn’t fully explored or understood the toy. Still, it should give you a great look at the toy in high-definition video.

2 comments posted
Is there air in cyberspace?

Is there air in cyberspace?

the head can be replaced by the head of the 4" figure that sold separately and it looks great. i don't like the head that came with the bike and prefer another one as you can see the Sam's face.