I’m an unapologetic massive nerd for “Black Rock Shooter.” I love the OVA, I’m seriously digging the anime (despite the changes in design and story). There’s not a whole lot about the franchise that I’m not a ridiculous fan of. But more than that, I’m a fan of Dead Master.

When I got into anime, it’s because it delivered the perfect balance of two things that tickle my fancy: adorable things and effed up things. My two passions meet in one beautiful character: Dead Master.

So cute, so cruel, so lost. She is the shy person we’ve all been at some point, the heartbreak of being forgotten we’ve all felt. In the other world, she is violent, angry, and ultimately, beautiful. This statue, made by Good Smile Company, captures that beauty perfectly.

First off, the box itself: 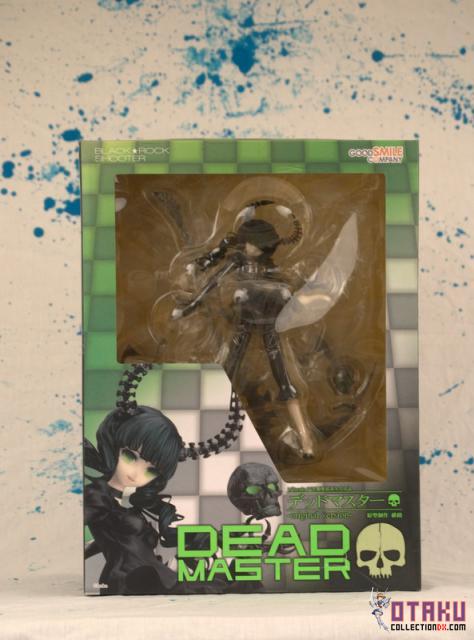 It’s a big damn box, especially for someone use to Nendoroid and Figmas. The skull is textured, which is kinda neat.

Here’s the plastic casing, which is taped up more than a Christmas present: 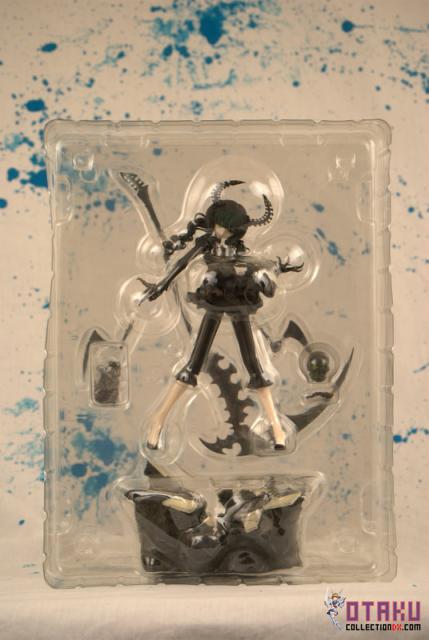 And now here she is, out of the box. This first shot is just Dead Master and her base, without any of her accessories. 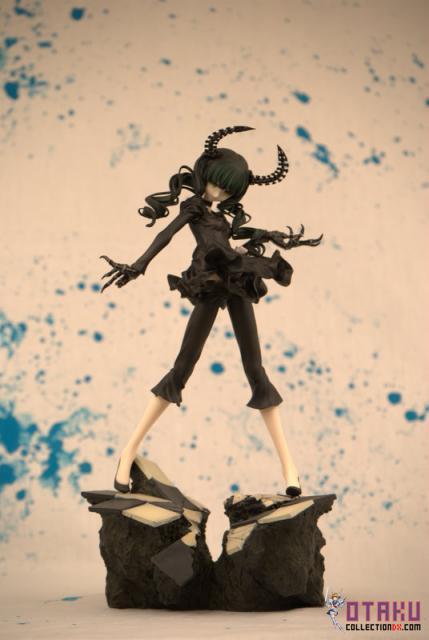 Have a look at the base. She’s straddling a crack in the black and white checkered flooring that appears all over the battle world in “Black Rock Shooter.” 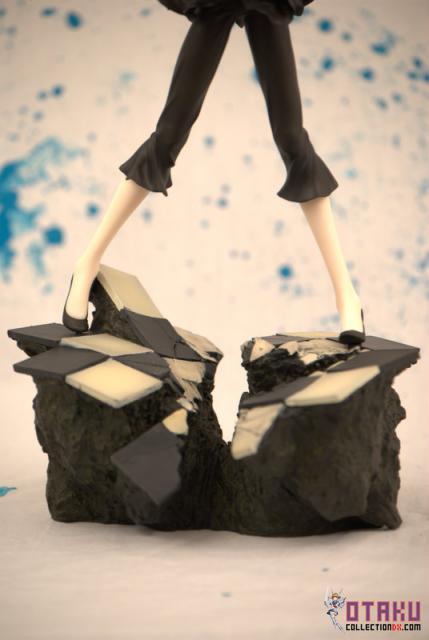 She’s got some incredible detail on her. From the horns to the bone fingers, her lovely curls and the ruffles on her dress, this figure is pure craftsmanship. 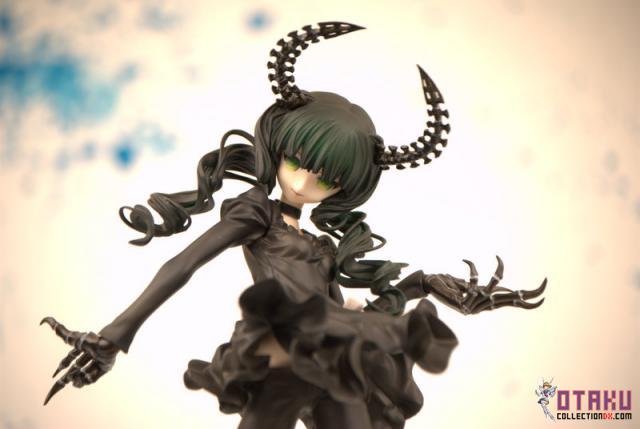 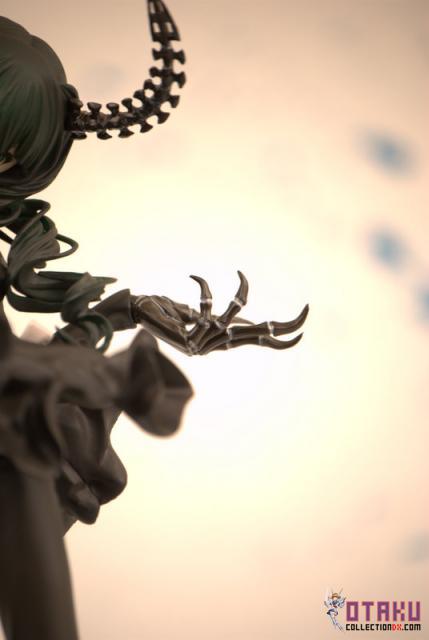 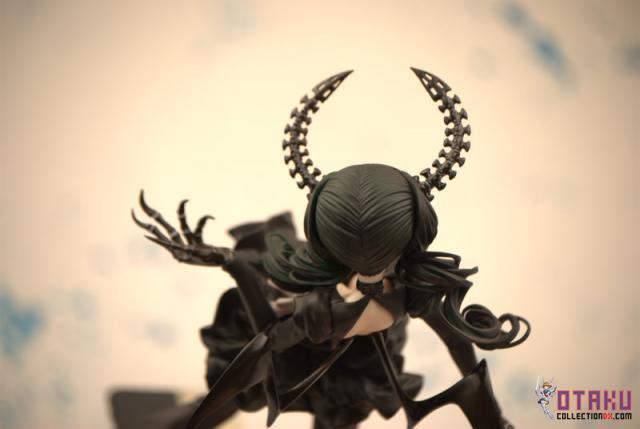 And now from the side! 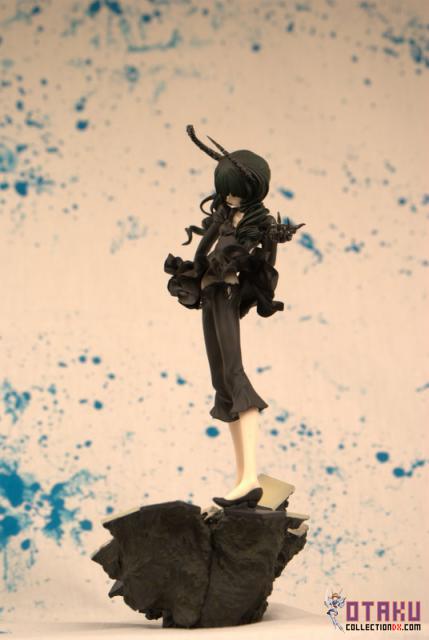 Check out the detail on her hip. 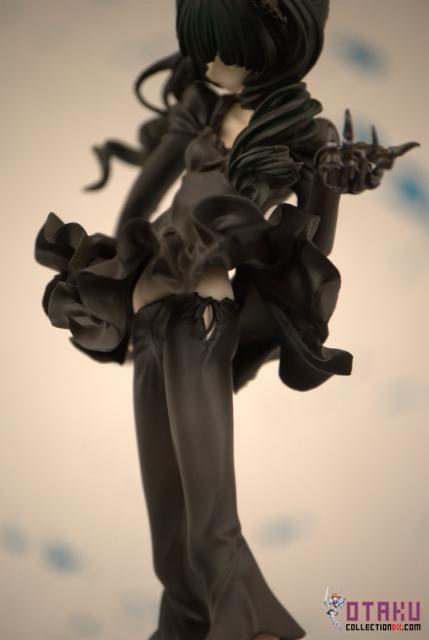 And here is her foot. The feet attach to the base by little pegs. 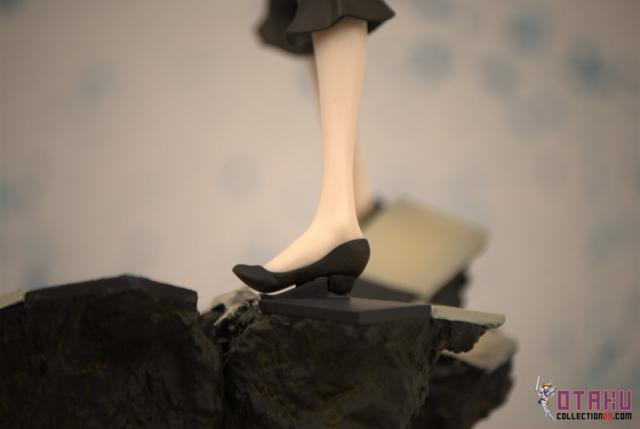 Now from the back, both without and with wings. The wings are the first of the accessories to add on. 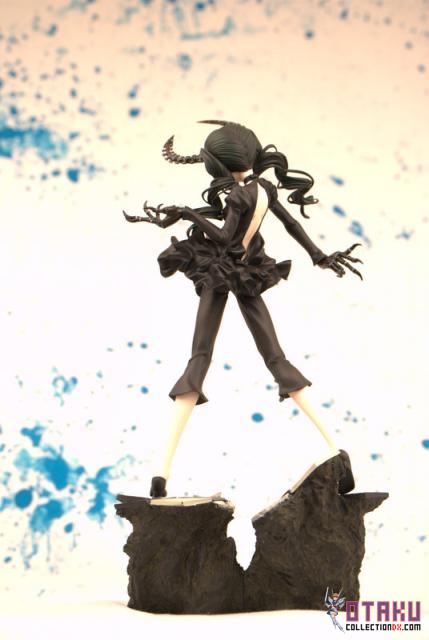 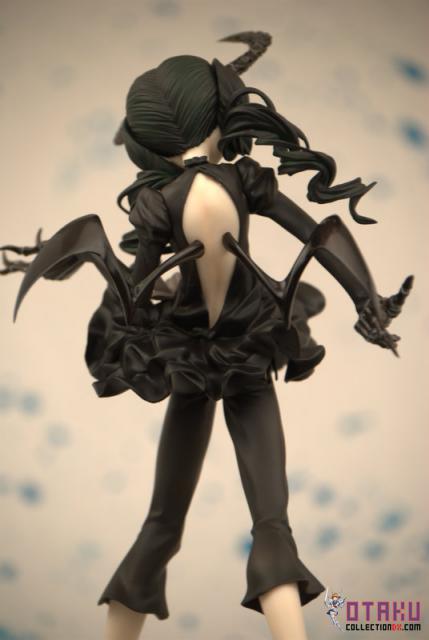 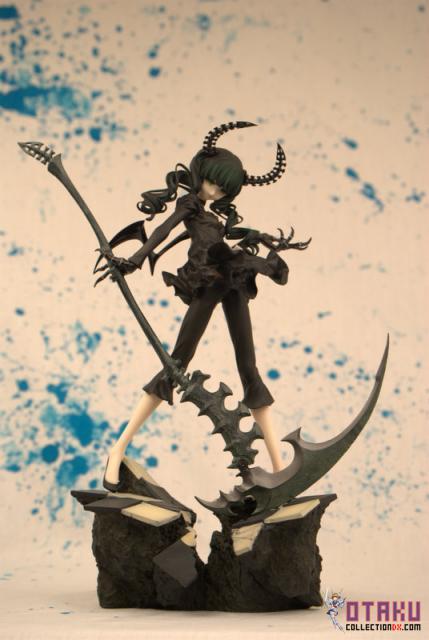 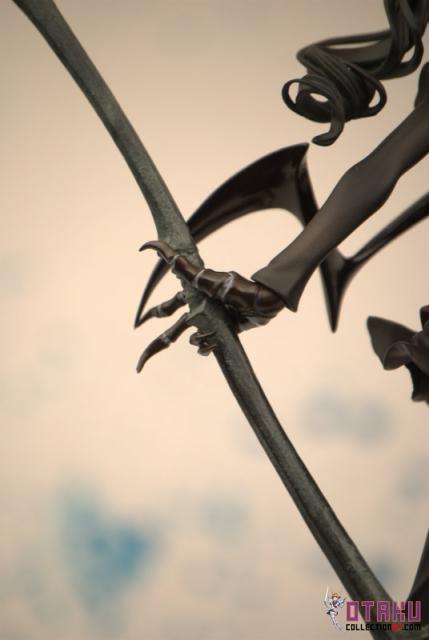 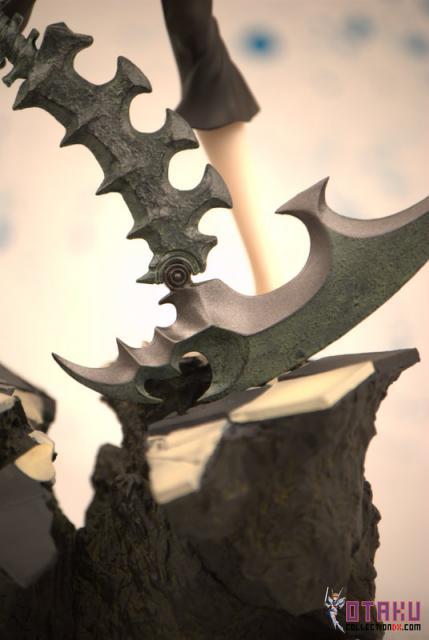 Next comes her companion skull. The green paint on the eyes and mouth almost glow, it’s so bright. Dead Master has an alternate thumb with a little peg; that’s how the skull connects to the statue. 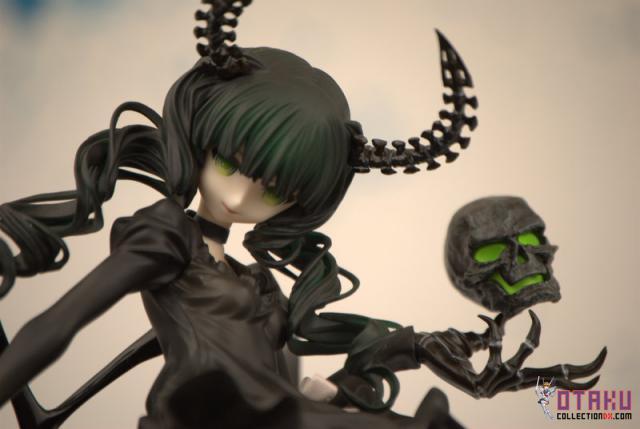 The last add-on is the chain. In the OVA and series, Dead Master uses her chains as weapons. This one kind of hangs decoratively, draping over her skeletal hands. 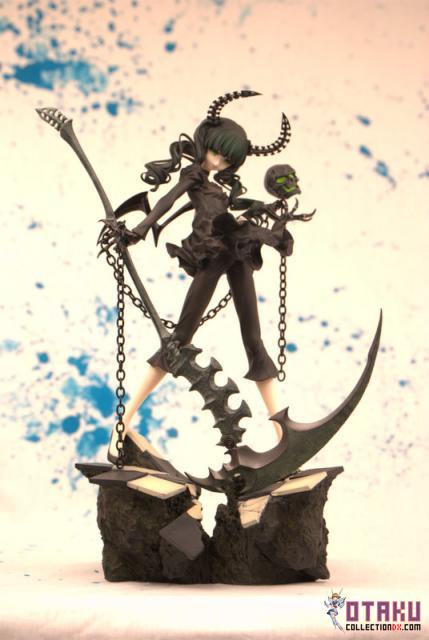 Since she’s a Huke creation, one of her more famous attributes is her eyes. Huke broke with the traditional bishi eye standard by giving his girls concentric circles. They look a little zombified that way, but no less beautiful. It brings us back, full circle, to the effed up/cute combination. She’s deadly, she’s adorable. There’s no escaping her magnificence. 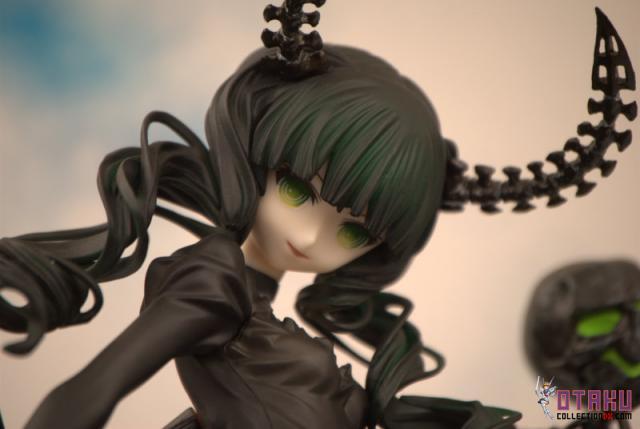 Dead Master was provided by the fantastic people at HobbyLink Japan. Photographs by Heather Amaral.