Ever look forward to a toy so much that you get shivers when you open it? Such is the case with Daimajin for me.

I love, LOVE the Daimajin movies. There were three movies in all, produced by Daiei Motion Picture Company beginning in 1966. Daimajin (literally – giant god), depicting the wrath of the stone idol. 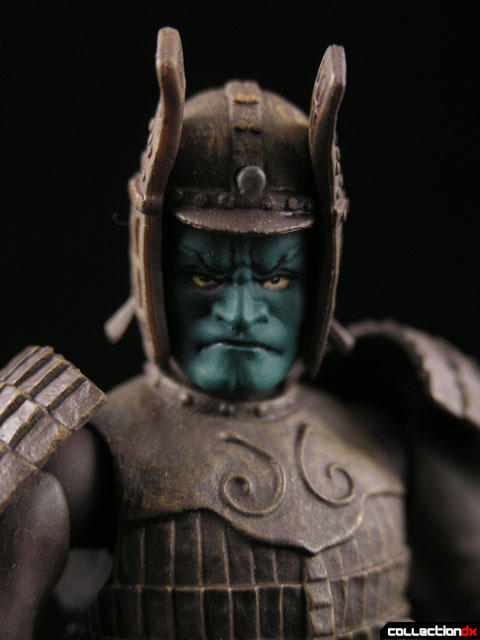 The movies are set in Feudal Japan. Daimajin is a giant stone idol. When someone disturbs or pisses off the idol, all hell breaks loose.

This Sci-Fi Revoltech release depicts Daimajin as he appears in the first movie simply titled “Daimajin”. While the character doesn’t change much, the accessories included with this figure apply to the first movie.

The box is the nice Revoltech Sci-Fi box - you want to keep these boxes they are done so well. 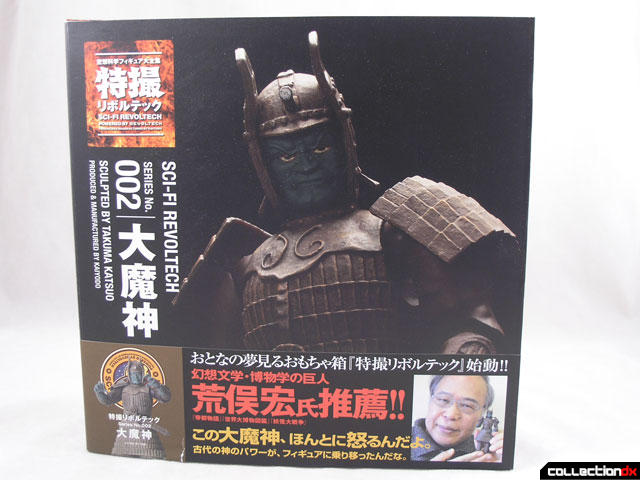 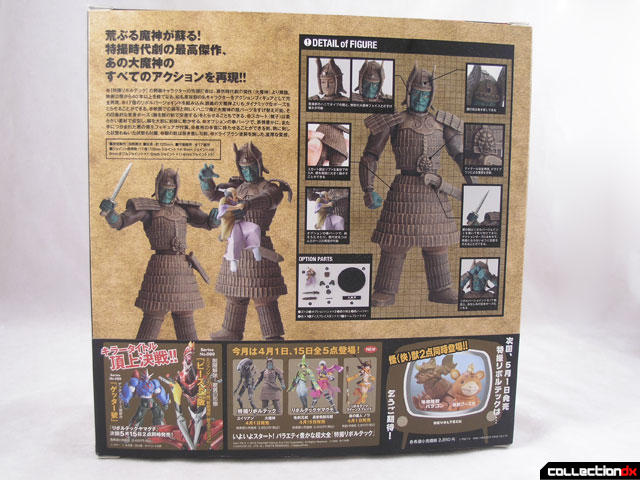 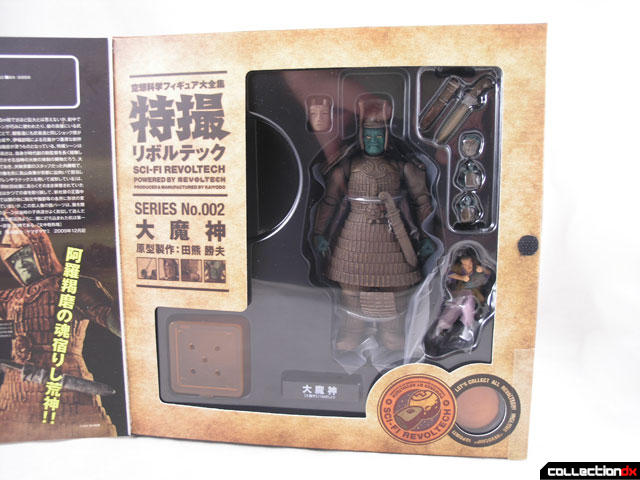 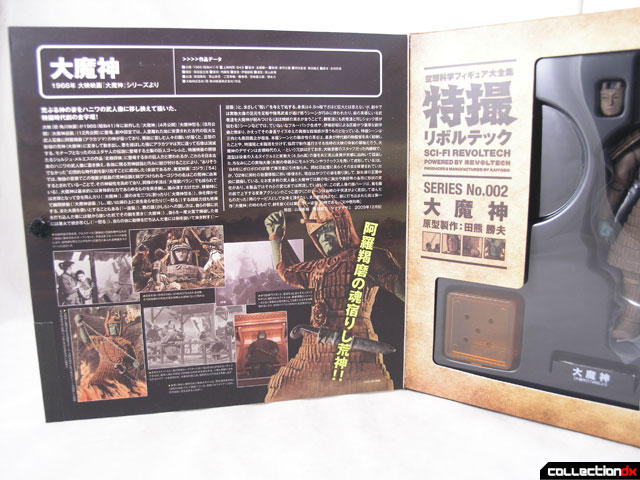 Daimajin includes a stone faceplate to replicate how he appears when he is just an idol. The large metal spike is removable, and should be removed when in this mode. It’s the spike in the forehead that awakens Daimajin in the first movie. The look is good, but there is a glaring problem – the hands. Along with the stone face, there should be stone hands. He doesn’t turn green until he wakes up. 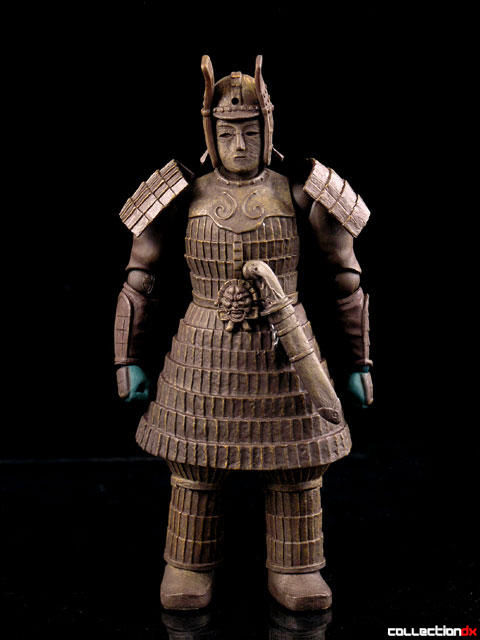 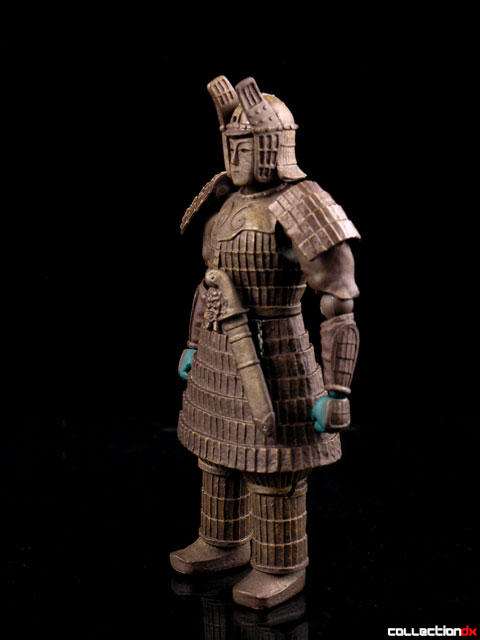 In the movie, the villagers try to destroy the idol by pounding a giant spike in its head, in hopes to chisel it apart, but the statue starts to bleed; Daimiajin wakes up, and then proceeds to tear whoever is in his path apart. It’s kind of awesome. 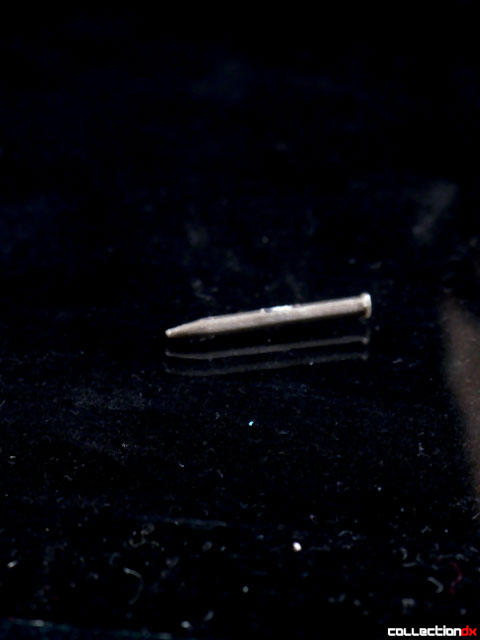 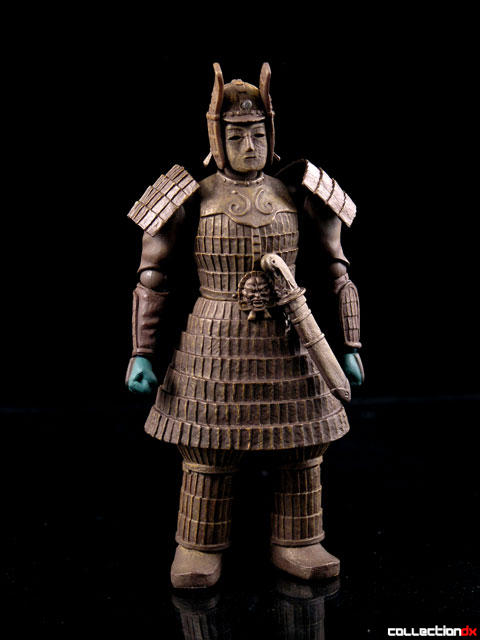 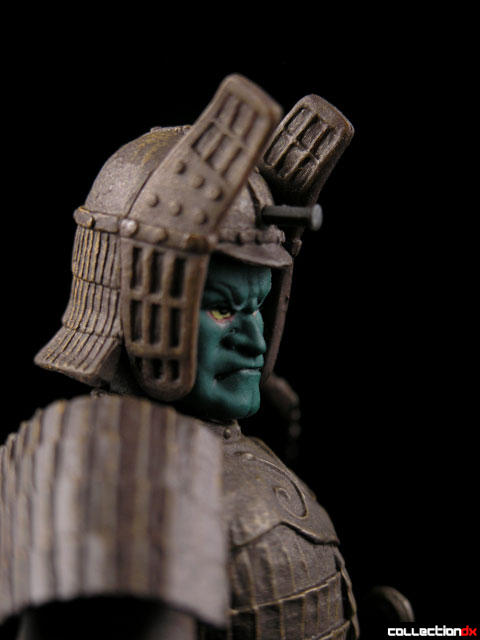 For this you swap out the faceplate with the green face, and you can use any assortment of hands. While he has a bunch of Revoltech joints, he really doesn’t need them, as he is slow and lumbering in the movie. 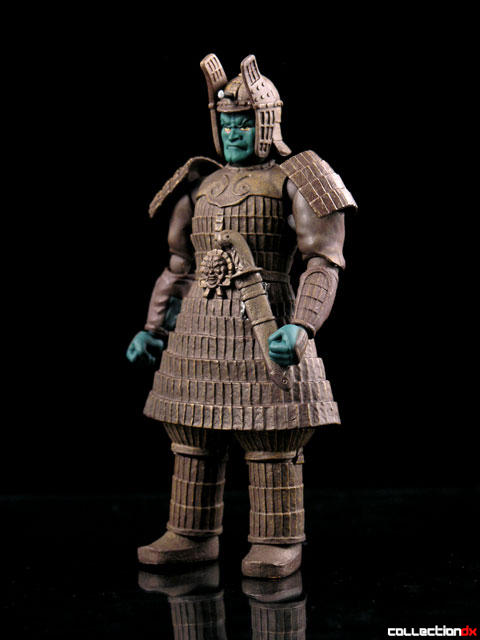 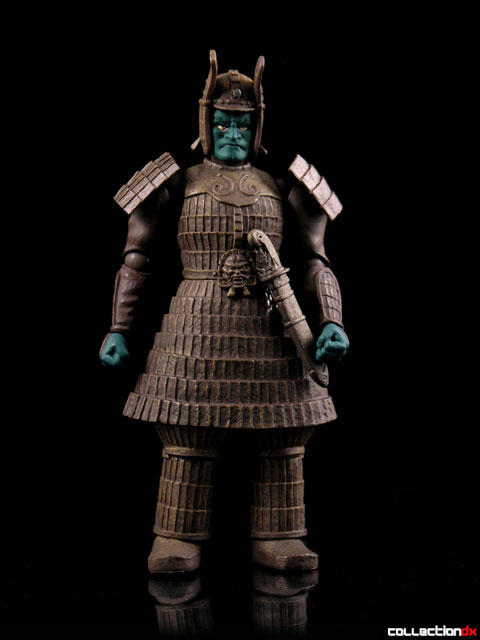 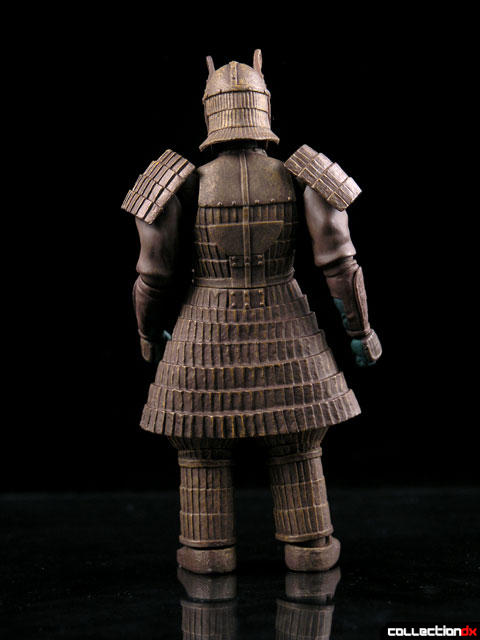 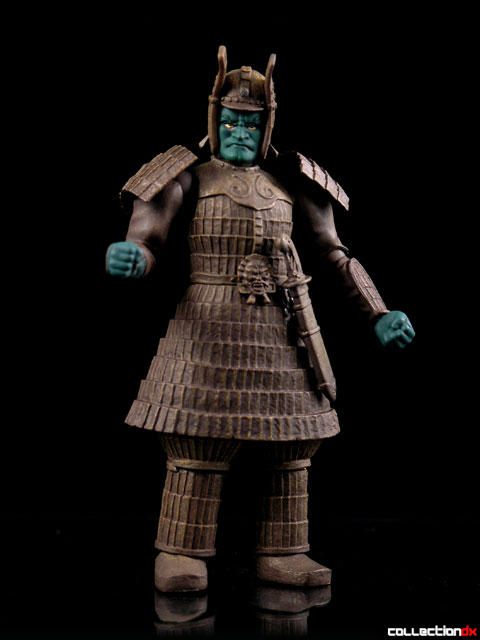 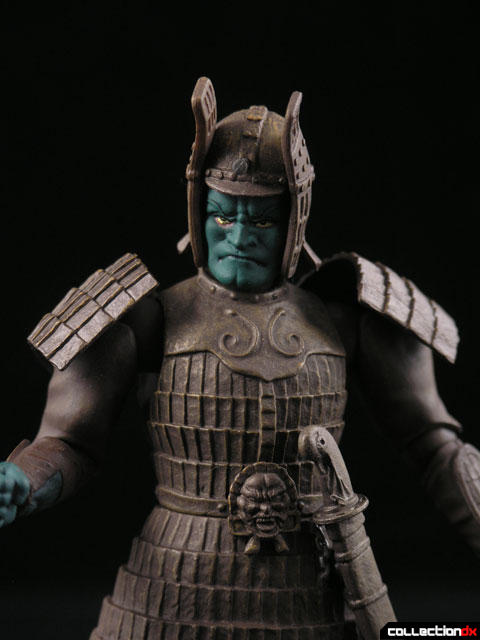 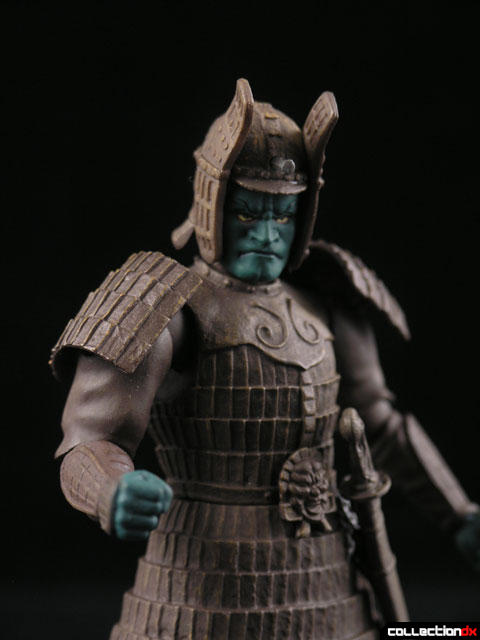 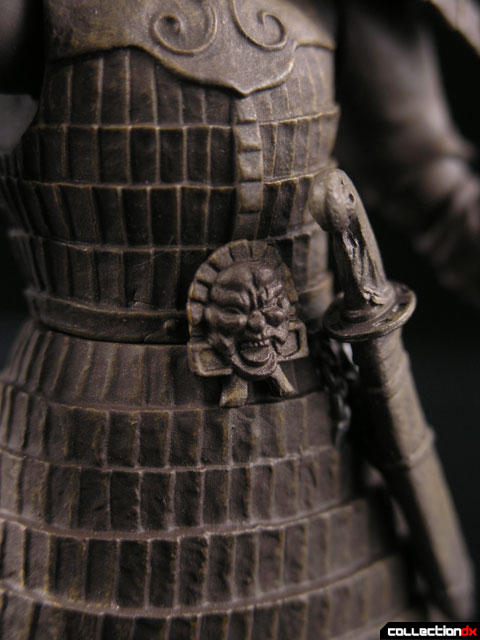 One weapon is included – Daimajin’s knife. While it is depicted sheathed on his waist, the unsheathed knife is actually two separate parts – the one on the waist is just for show. Replace that one with the knife-less sheath when holding the knife. The knife can fit in the knife-holding hand, of course. 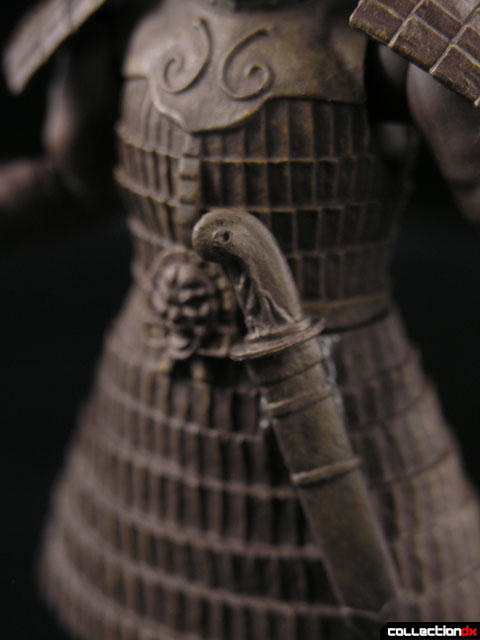 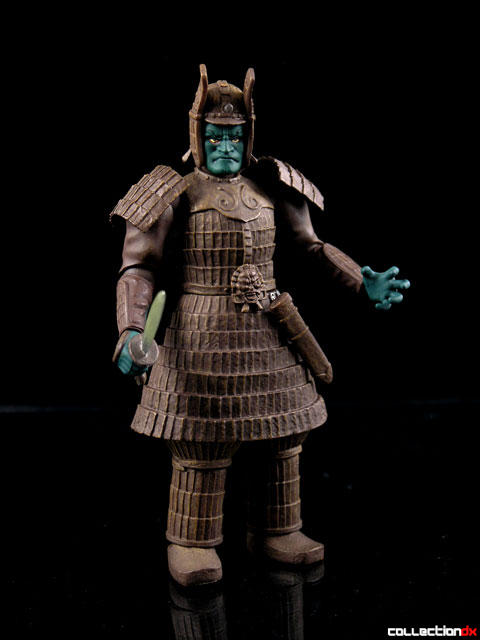 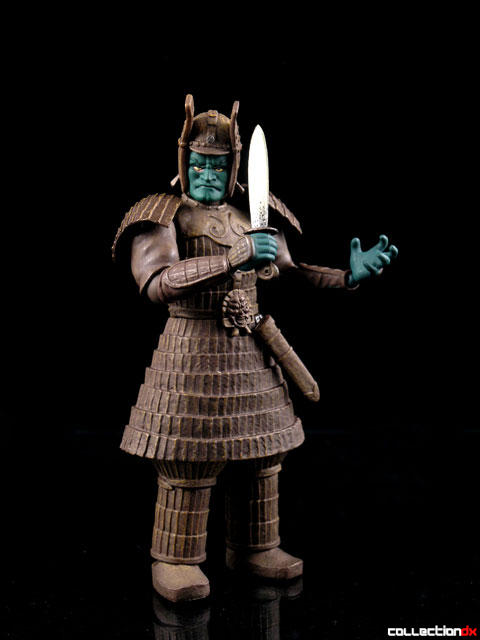 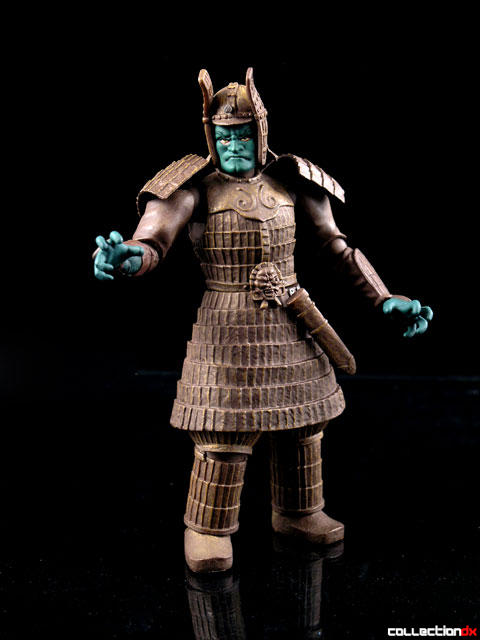 Daimajin includes one of the greatest accessories to ever come with a toy – the scared villager! Daimajin’s fist is molded right into the tiny man. 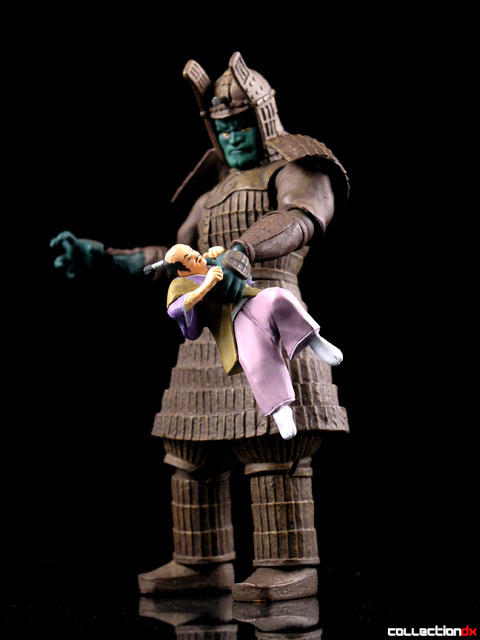 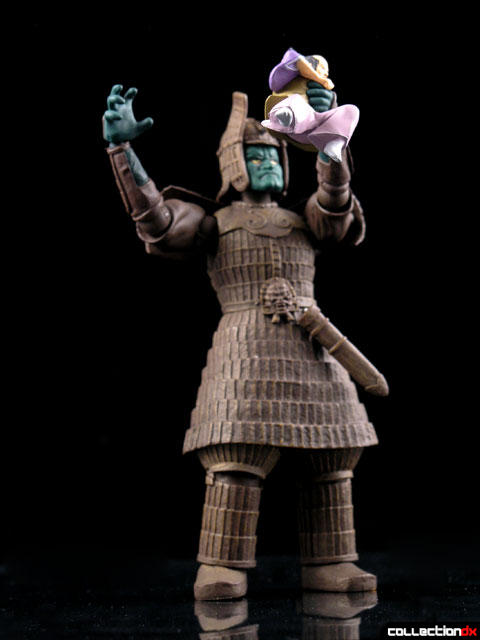 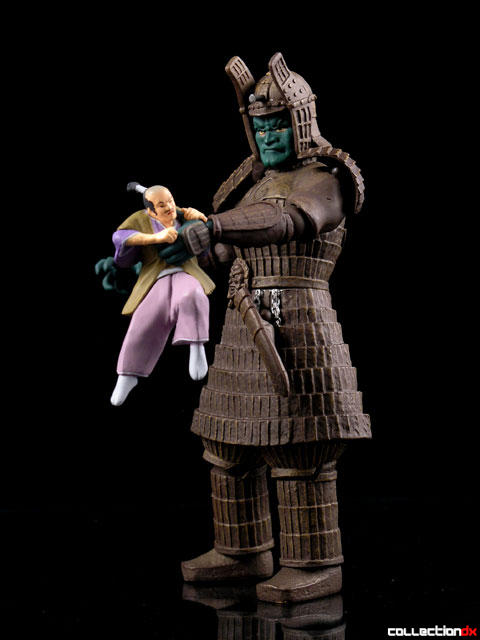 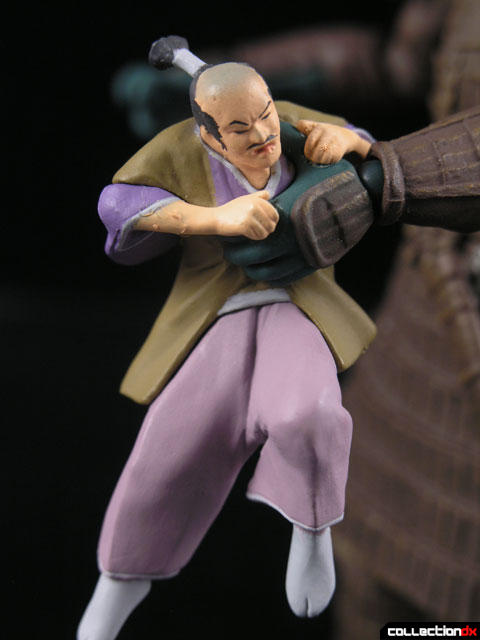 Also included is a circular base and display plate. 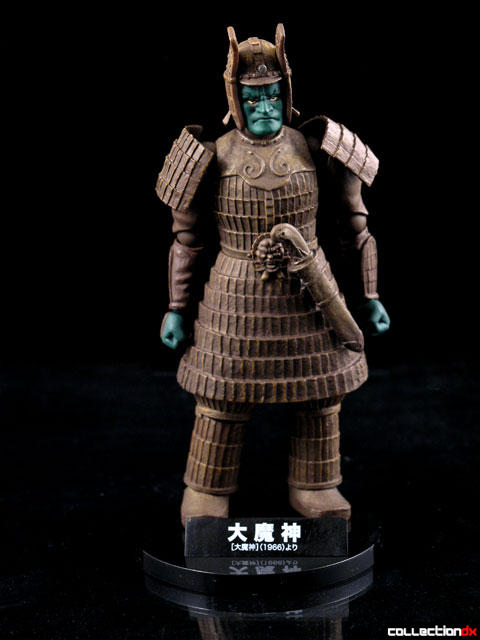 This is a great representation of the character. It’s just playable enough, but not full of so many joints that it looks bad. It’s a shame that they didn’t include stone fists, but most will probably not display it as an idol anyway.