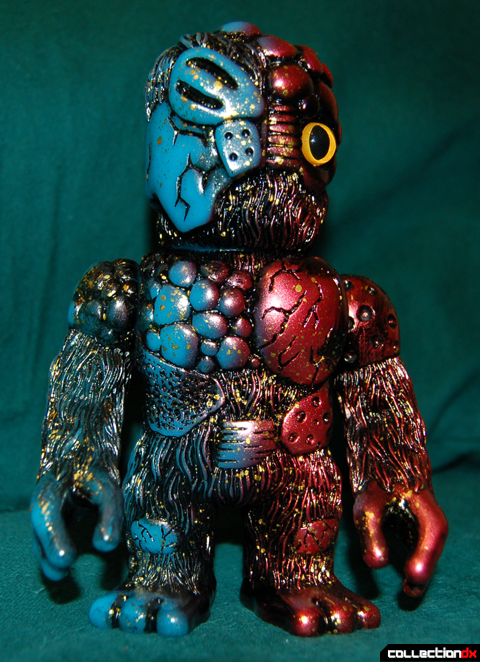 Beast Chaos is not a fusion of two previous characters like the other two MZ3 characters, but just a further mutation of Mutant Chaos’s shapeshifting form. The fit had really hit the shan for the Mutants, so Chaos bulked up and got ready for some serious combat. 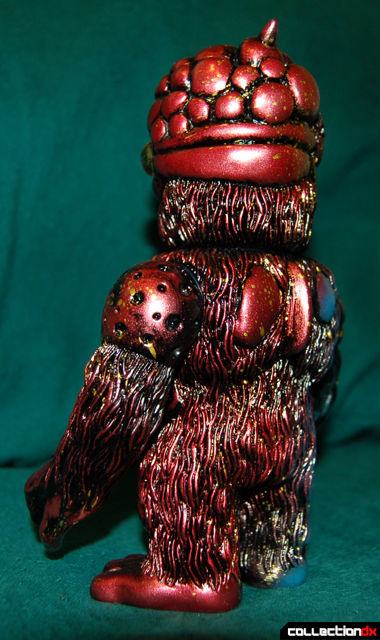 Beast Chaos is an incredibly detailed vinyl, featuring matted fur, some chaotic bits from the original Chaos sculpt, and heavier armored patches for added protection. Beast Chaos is a really heavy figure among Real Head fight figs, and feels great in your hands. 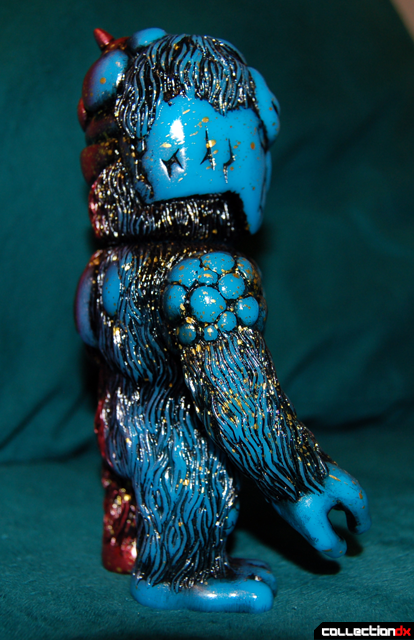 This version was a limited release in Japan, featuring colors in a homage to one of my favorite tokusatsu characters, Kikaida, and matches the awesome Chaos Adult I reviewed previously. It features metallic blue and red split with a black rub to enhance the detail, and a gold splatter effect to hit Kikaida’s third major color in a subtle and chaotic fashion. 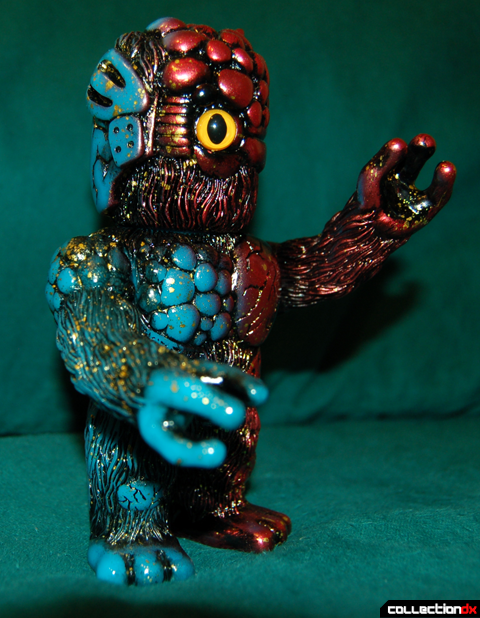