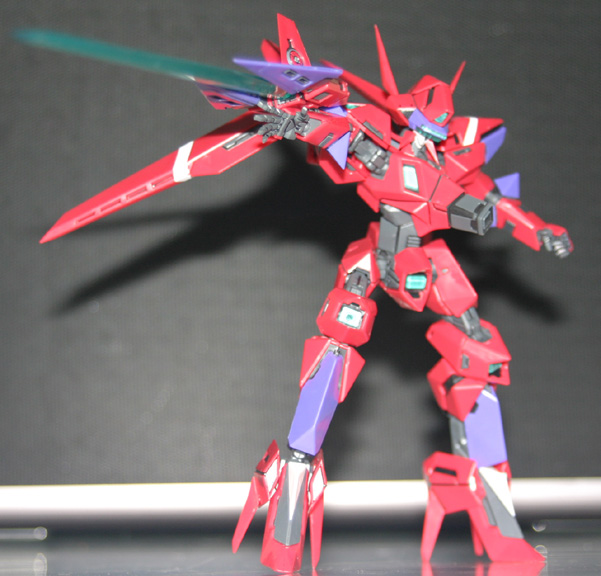 Back from the Arcade

A long time ago, a friend and I would go to the bowling alley and play on a relatively unattended booth game in the arcade. Shoved in the back for its lack of popularity compared to the rest of the arcade’s roster of fighting games and racing stations, this game was destined a lifetime of obscurity and abandonment with the signs of dust accumulation and rust. We both knew what we were playing; depositing our currency, the machine shuddered to life and roared when two players fought one another in a duel to defeat. Our bouts were far from legendary, but ever so often we drew a crowd. This is VIRTUAL ON! 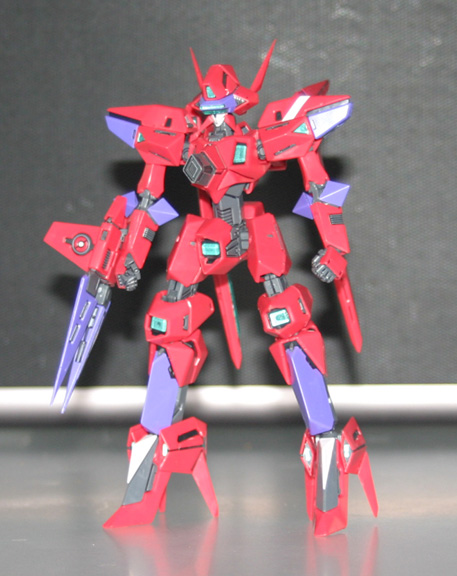 Sega’s Cyber Troopers: Virtual On -Oratorio Tangram arcade booth was set up in the same fashion as racing games only geared towards fighting robots. The set up was limited to a foot pedal and twin joysticks that functioned according to the game’s 3D movement and worked pretty well at the time. Despite its global popularity, the game was an obscurity in South Georgia, where this review was made. The premise of the game was the standard of fighting games; one on one combat against other machines in a tournament format where the player would progress until they faced off with a final boss with a two-player mode for arcade Versus Action. Since its creation, the Virtual On series has been ported (the game industry term for transitioning between formats) to the Sega brand game consoles: the Saturn and Dreamcast as well as the Sony Playstation. In recent years, Virtual On has been available to download through the Microsoft X-Box 360 Live Arcade.

Not to be compared with Mobile Suits, the machines of Virtual On are called “Virtualoids,” a menagerie of mecha in all shapes and sizes created by artist Hajime Katoki. The TRV-06k-H Viper II is one of the series more dynamic looking designs comprised of sharp edges along a streamlined frame. Its sharp look is coupled with a sharp color scheme of rich neon colors of cherry pink and purple with green detailing lights over a black and gray frame in its premiere form.

Taking up the task of recreating this design in plastic is Kotobukiya, infamous for their work on Super Robot Wars: Original Generation and Armored Core. Although Kotobukiya’s plastic quality lacks the refinement and polish seen with Bandai model kits, the craftsmanship in its recreation makes up for that in the quality of the detailing and part molding. 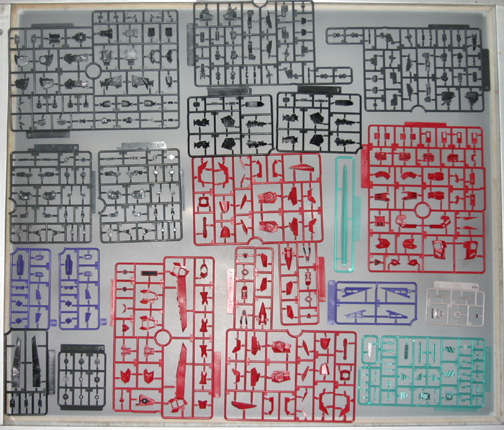 Following the alphanumeric method, the parts are molded in their individual colors, with duplicate runners to make up for the design’s use of repeated construction steps for the limbs. The parts are molded in their primary colors: neon (cherry) pink, purple, gray, white, and black with a runner of clear green parts for the Viper II’s running lights. Interestingly enough, these clear parts have a cross hatching pattern on the backside which can be exemplified by painting over the surface with a metallic paint. In addition, the Viper II also comes with a small runner of ball socket polycap pieces for the joints. Contrary to previous Kotobukiya models, the Viper II does not have any pre-painted parts. On the upside, much of the required painting is simply black outlining and gray trim to detail around subassemblies with some minor touch-up work around smaller parts. Builders taking the ‘Out of the box’ approach can have the model completed in no time, but the extra effort in painting the model can really show off the details of some areas and improve on the monochromatic build. 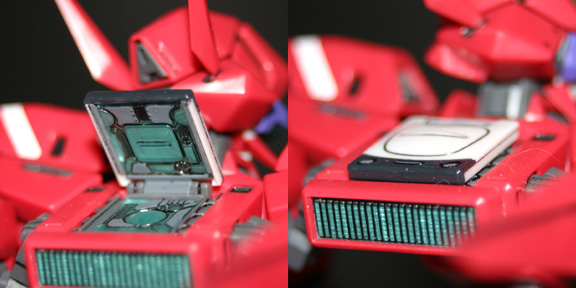 Adding an extra layer of detail and color to the model are a set of water-slide decals. The decals were a troublesome bane in this review, as most of them did not bond to the model, despite being prepared properly. The two that did survive the transfer are a hollow reminder of the model’s full potential for more experienced decal artists to bring out on their own.

Construction of the Viper II moves quickly, as parts are layered over each other in a given fashion.

Despite what one can assume from a lifetime of 1/100 scale Bandai models, the Viper II is not very tall, measuring at six inches from head to heel tip. This comes as a surprise at first, but looking over the remaining designs of the Virtual On series the surprise wears off and settles into a realization of scale that the Viper II is just one of many smaller designs in the Virtualoid roster. Its scale size does however make for some construction grievances with its smaller, easily lost, parts. 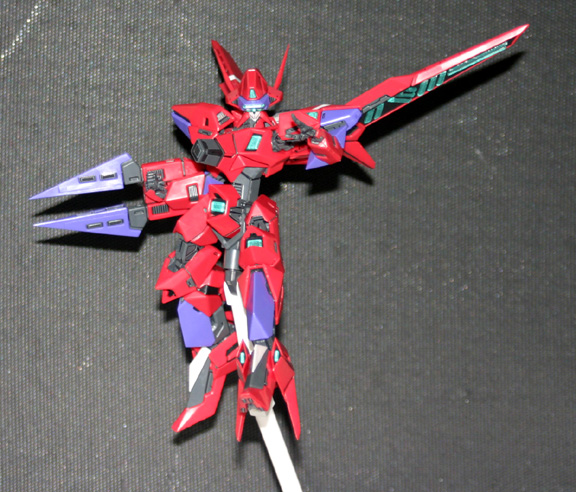 The Viper II as a plastic model is more dynamic than its once simplified digital model from the video games. Once painted exteriors on low resolution digital squares of polygons have now become finely detailed, mechanical assemblies in molded plastic. Each section of the body has more assembly to it than a first glance expectation with the entire body of the Viper II being built from within. The design has the model built with an interior mechanical structure that contains the joint couplings which are then covered by a layer of armor plating. The noticeable gaps and separations between the two layers are complimented with the clear green detail parts which fit into specific crevices in the underlying layers. Another good point to discuss is the hands. In the Bandai standards for Gundam models, hands are typically a two to three piece structure (except in Master Grade format) consisting of the fingers molded together and attached to the palm and backhand pieces. As this is not a Bandai model, the Viper II benefits from Kotobukiya’s extensive modeling practices and has its hands molded in four separate pieces; the fingers, thumb, palm, and backhand. The molding of each finger in the solid piece is distinguishable by the folding of the knuckles, and the separated thumb gives the hands a more natural look, rather than the toy-like blocks on some kits.

The Viper II has only the minimal amount of accessory parts to compliment its display value. Its arm mounted weapon, the “Revenant Version 1.666,” comes with a clear molded beam blade that can be detached. As for its “booster” gimmick, the wings on its backpack can articulate into a glider mode, and a detachable disk can be placed in the opening console on its backpack. Lastly, Kotobukiya included a bracket for the Viper II to fit onto a base stand not included with this model. The stand bracket is designed to attach with Kotobukiya’s ratcheting arm display stands for its aircraft models but cannot fit with the Bandai Action Base. 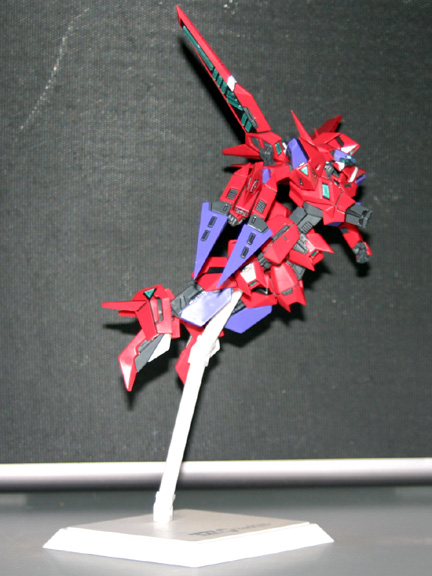 Not every kit is perfect though. Like many Kotobukiya kits before this one, the edged pieces of the Viper II are sharp enough to draw blood. However sadistic it might seem, the Viper II makes up for this in the sculpted detail. While it makes the final product more aesthetically pleasing, the sharpness adds to the model’s fragility. Sharper parts are generally thinner at their edges and are more prone to crumbling at the tips if it is worked with or adjusted too much. The most significant flaw with the Viper II is that it is delicate and stiff display model. Stemming from its eccentric knee design and compounded by the sharp heel design, the legs have limited mobility and a fragile distribution in its standing position. 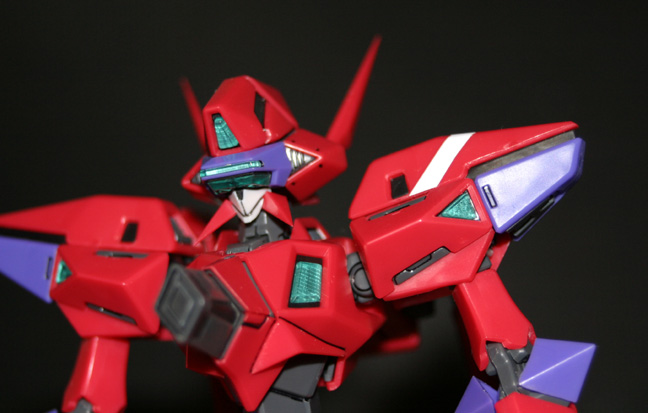 Although the model kit follows the now-universal “Snap Construction” method, there are still quite a few points on this kit that benefit from using model glue. Parts that are sharply detailed have limited tensile strength to hold themselves in place such as the previously mentioned running lights. Some of the larger parts as well will see a dramatic improvement on the Viper II’s structure through glue in some areas as well.

Overall, it is good to see non-Gundam series receiving model kit treatment, but even more appealing to see Virtual On again in some form. After the series’ short lived and poorly executed toy line, the model kits are an excellent redemption and make up for the series absence from the scene. The Viper II benefits from Kotobukiya’s standards of design quality and makes for a great introductory build into the series despite its sharp shortcomings. 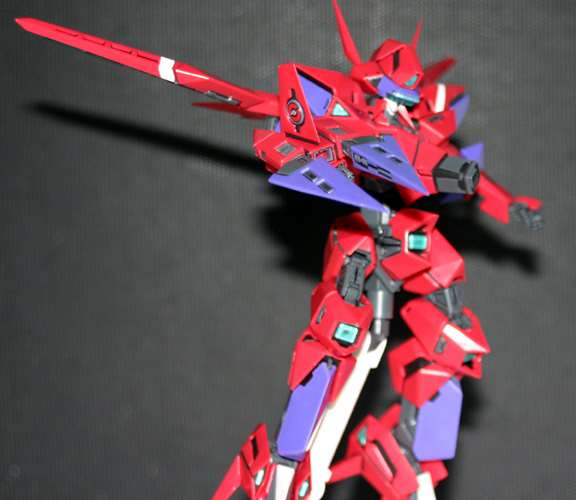 Here in Sydney Australia the game was very popular along with Daytona this was a favourite of mine. Me & my friend would often spend half our Saturday in China Town & then hang-out at our favourite video game parlour in down town Sydney...good memories, thanks!

Usually decals don't stick to bare plastic as they usually can't bond to the bare plastic. Also, usually a overcoat is required to seal the decals to the surface. These kits should come with a set of decals and a set of stickers, decals for those who want to paint the kit and stickers for builders who want to assemble it right out of the box as stickers usually stick to the plastic better.

Awesome kit! Thanks for the review!

Thanks for the information. Its been so long since I've built anything with water-slide decals and I never realized their bonding issues. Next time, I'll be sure to brush over some clear-coat.
-------------------------
Rob
The Gundam Model Guy

Hope this can get a reply. I've been having trouble attaching the triangular clear pieces. They go inside the hole but fall off, and I'd rather avoid gluing them. Any tips?