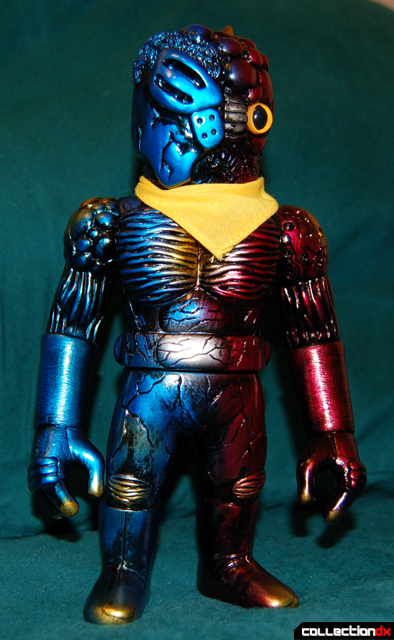 In 2009, Real X Head debuted the first Chaosman releases. These new figures combined fight figure proportions with 'standard' sized vinyl chunkiness (standard size for vinyls is between eight and nine inches tall, from the original Marusan and Bullmark kaiju figures) to create a new paradigm of figure. I already described the new body sculpt in detail on my Pheyaos Man review, but to reiterate, the new Adult Chaos body sculpt is heavily influenced by Kamen Rider design sensibilities. Chaos in his new form has a distinct heroic poise to him, and looks ready to take on all comers. 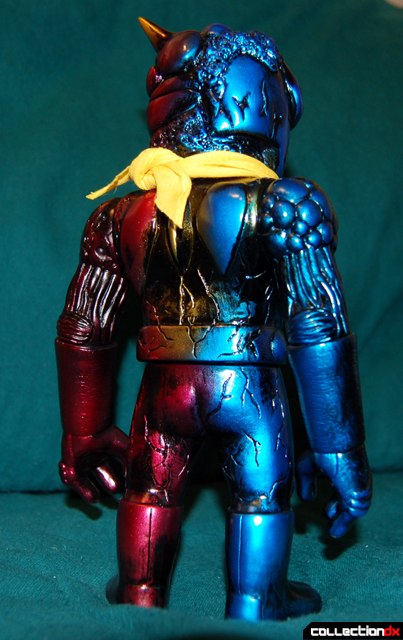 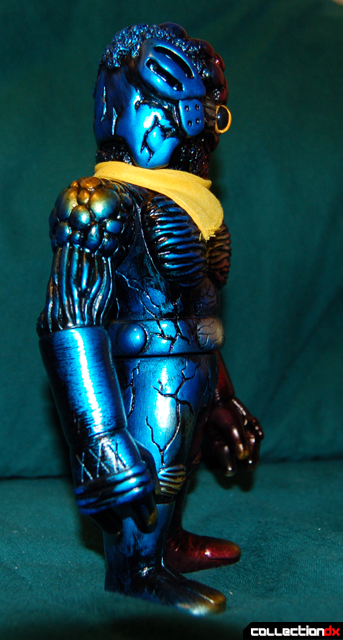 The Adult Chaos is made of seven parts: head, torso, legs, upper arms, and lower arms. The arms are jointed at the elbows with a swivel, and can come off. We have already seen one weapon arm attachment, as on the Pheyaos Man, and hopefully we will see more in the future. Having the elbows jointed also gives the big figures a neat new point of articulation for figures of this kind, and allows you to pose him more dynamically and really 'play' with the figure! 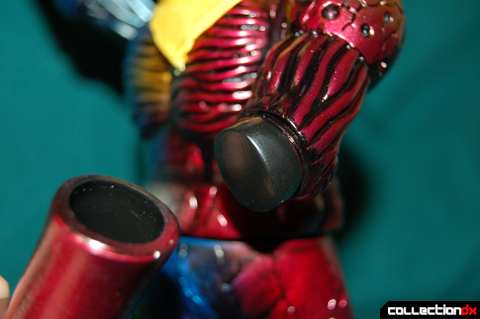 The head sculpt is a new piece, obviously based on the previous renditions of Chaos. The head spike has grown much larger, and to my eye the whole head has a slightly leaner and more aggressive shape. 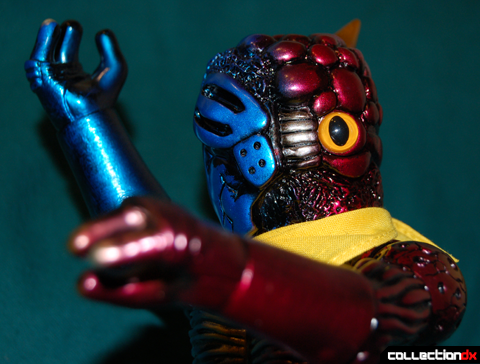 The paint scheme on this figure is a tribute to classic tokusatsu hero Kikaida, who is like Kamen Rider, but a sweet robot with an incredibly iconic deco! This figure was released at Superfest 51, about a year ago today! Many vinyl makers have painted figures in Kikaida colors before, including Real X Head, and this guy makes a great addition to the trend. Pictured with him is the Kikaida tribute Chaos Beast from the Mutant Zone 3 line, review forthcoming! 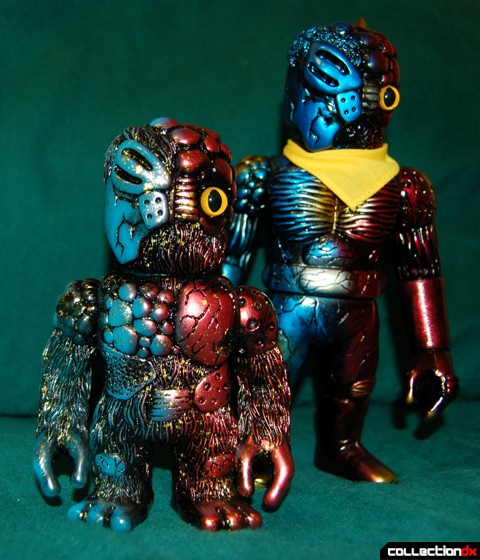 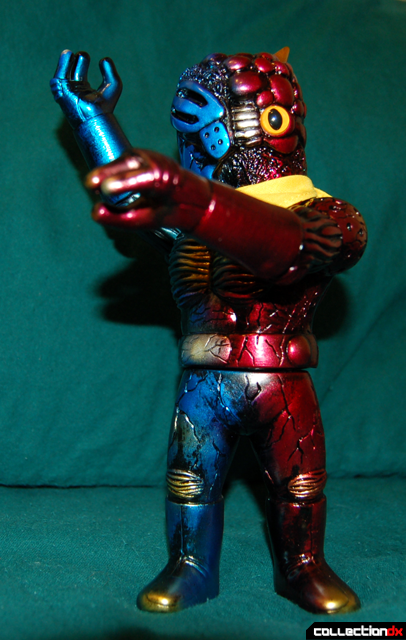 The Real X Head Adult figures retail in the US for $80.00, which might seem a bit high to vinyl newcomers. The regular fight figures retail for $60.00, and the new Adult sculpt is about three inches taller, much bulkier, and far more detailed. I have bought a handful of Adults so far, and am always blown away with what I get for my money, but the price is enough that I am choosy in buying Adults, and try to avoid any that I'm not 100% blown away by.

Although the sculpt and paint is excellent, these toys just creep me out!

Well, if the Chaos head is what creeps you out, other designs have started making the jump to 'Adulthood' :D

I like the adult RXH sculpts much more than the regular mini or fight style, but still not for me.