Limit Gunz is a figure inspired by an illustration by famed character designer Mine Yoshizaki. Yoshizaki is better known as the creator of the successful Sgt. Frog (Keroro Gunsou) series. 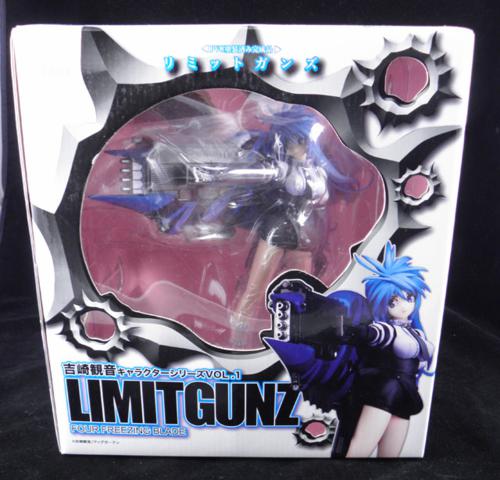 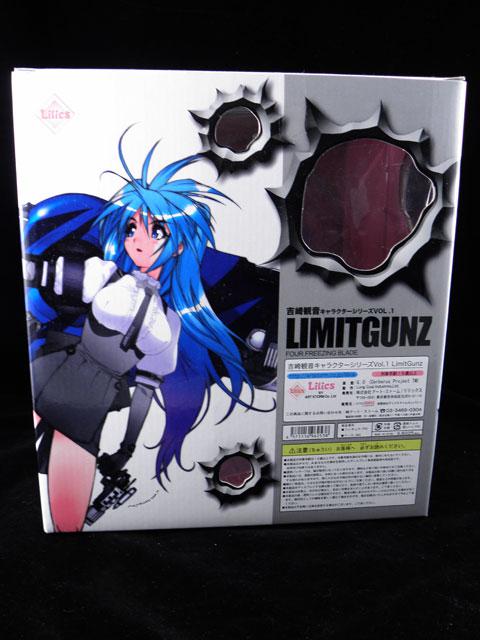 She's the first release in the Mine Yshizaki Character Series. Fewture / Artstorm has character series for several popular illustrators, such as ACDX fave Shunya Yamashita. 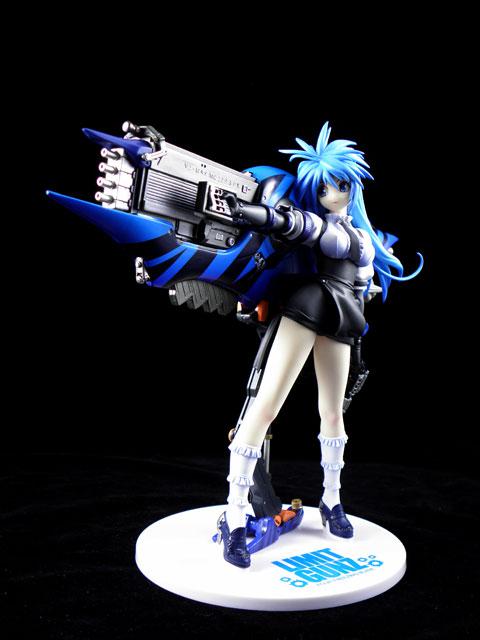 The figure is 1/6 scale making her a bit taller than your usual anime figure, coming in at 21cm tall. 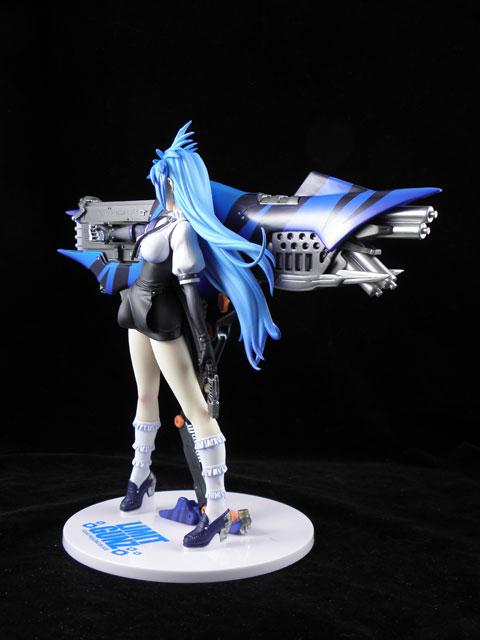 The Limit Guns figure itself is cute, with fantastic sculpting and detail, but no, those are not the big guns I was talking about, although those are nice. 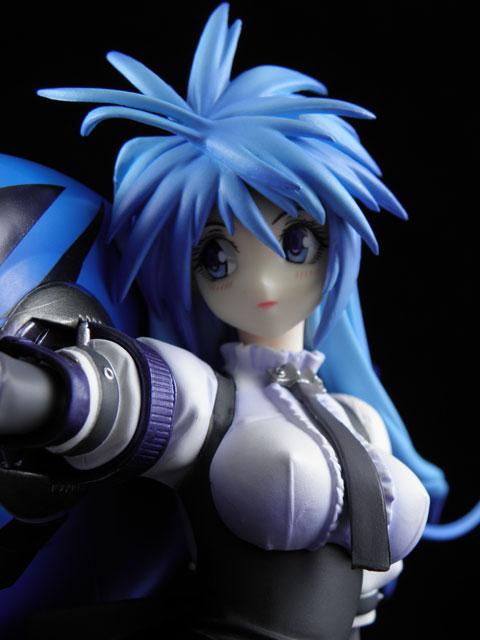 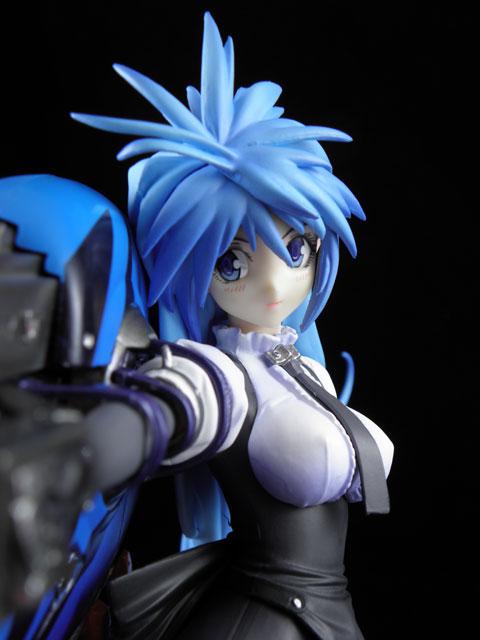 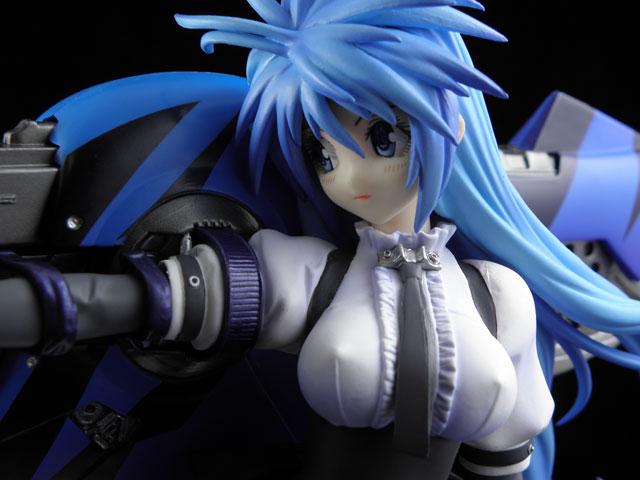 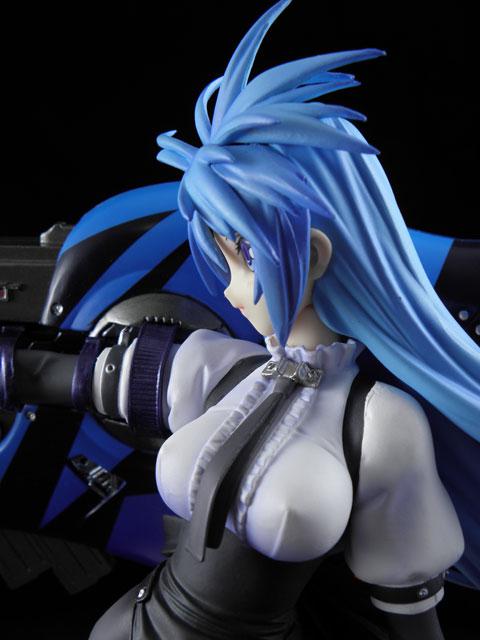 The big gun in question is the "Four Freezing Blade" made out of hollow ABS plastic. The gun is so big that it needs its own stand to support it. 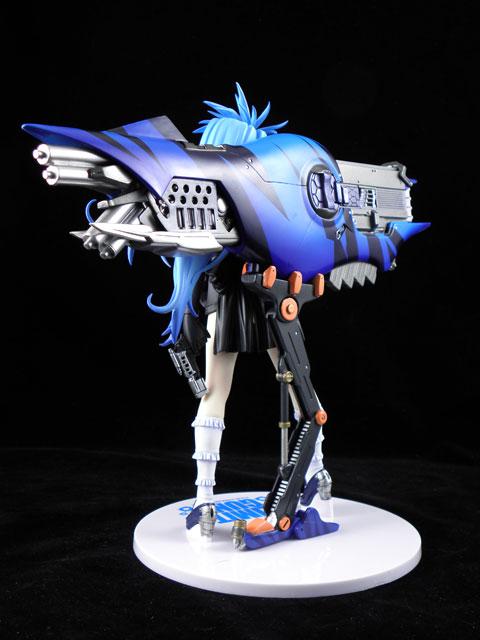 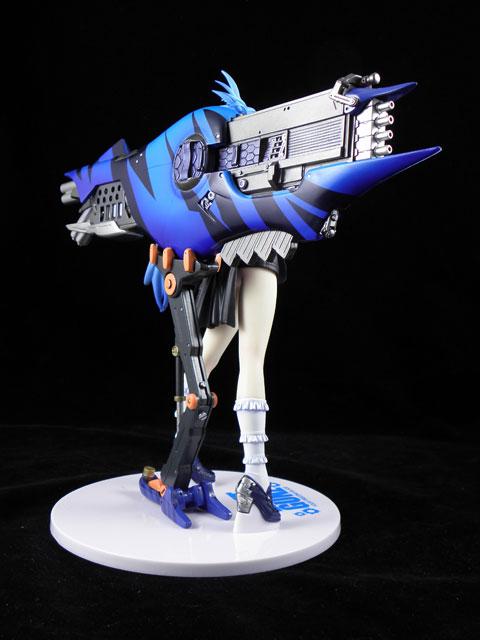 The detail on the gun is great, with small markings and such all over. The arm goes in through a handle on the gun, and one flaw I found is that the arm is a little loose where it meets the body. You can actually pull the arm out of he gun altogether. 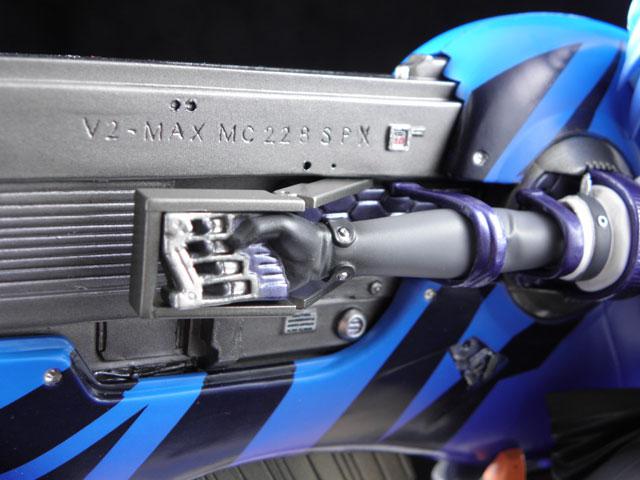 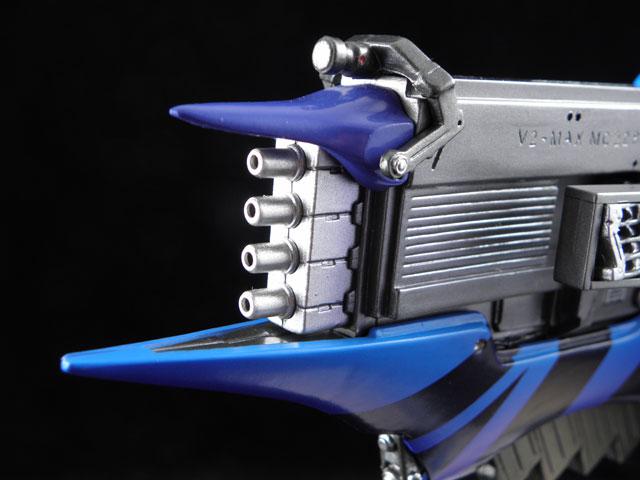 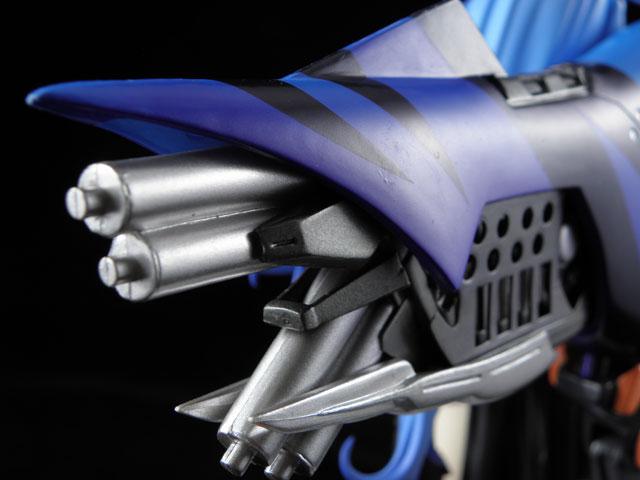 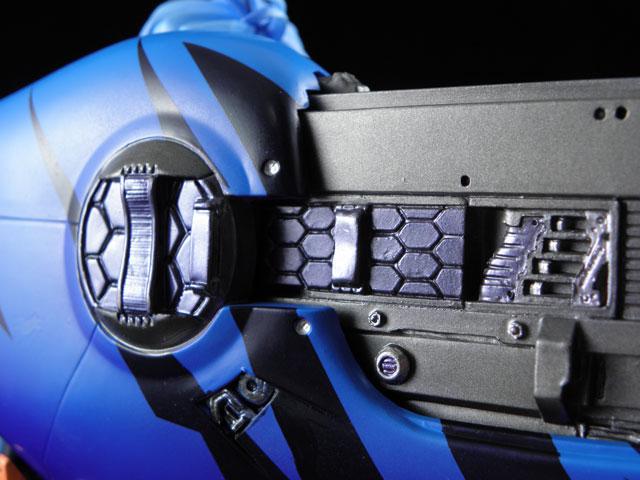 Another small weakness is the stand. its made out of soft PVC and does not have the sharp detail of the gun. Getting the stand on both the gun and the base without dislodging the figure can be a chore. 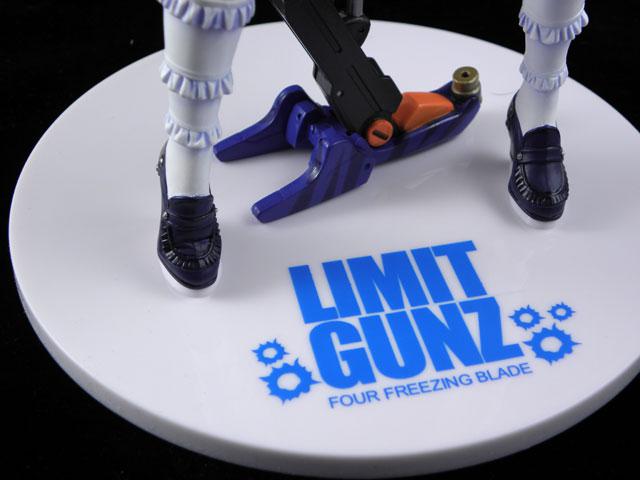 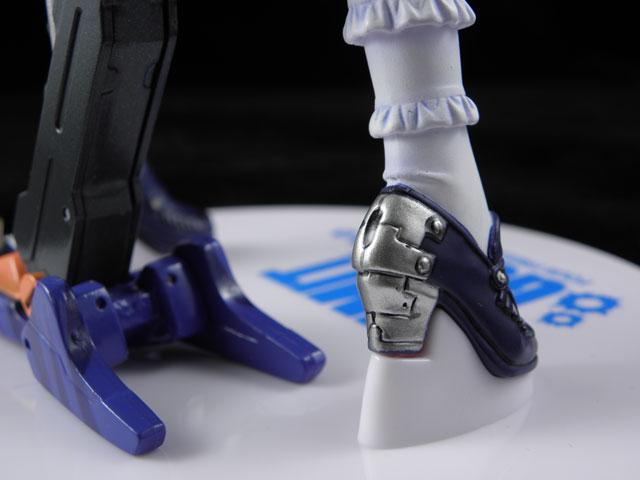 That being said, Limit Guns is a really beautiful figure, and fans of Mine Yoshizaki or anime figures in general ought not to miss it. 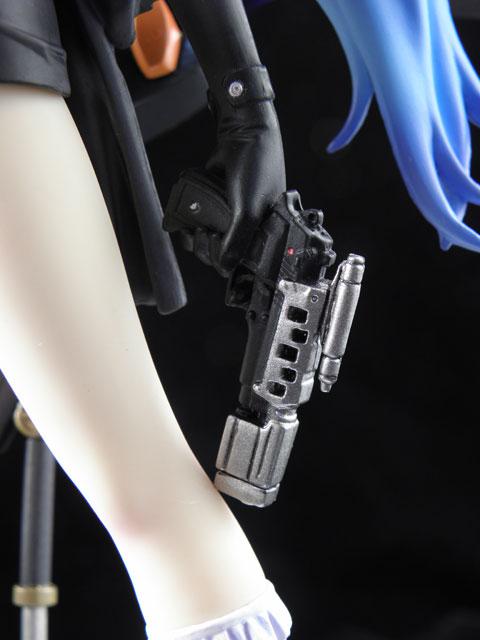 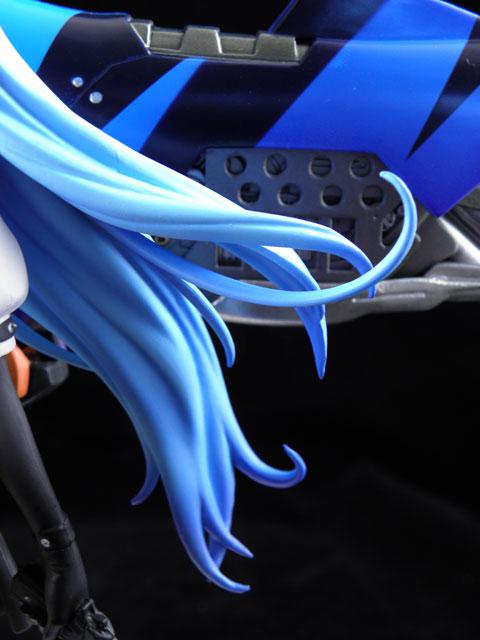 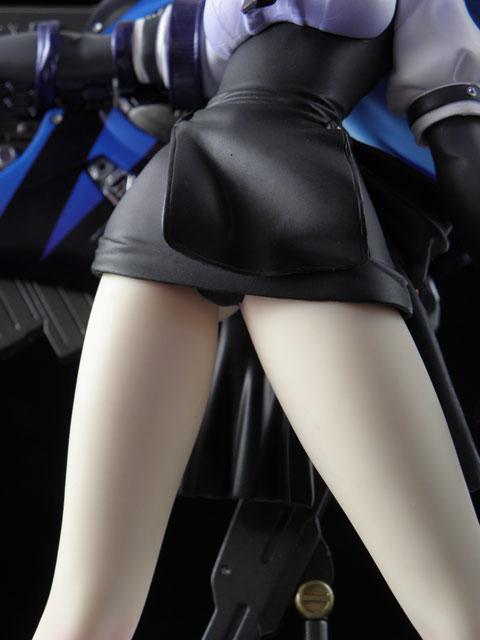 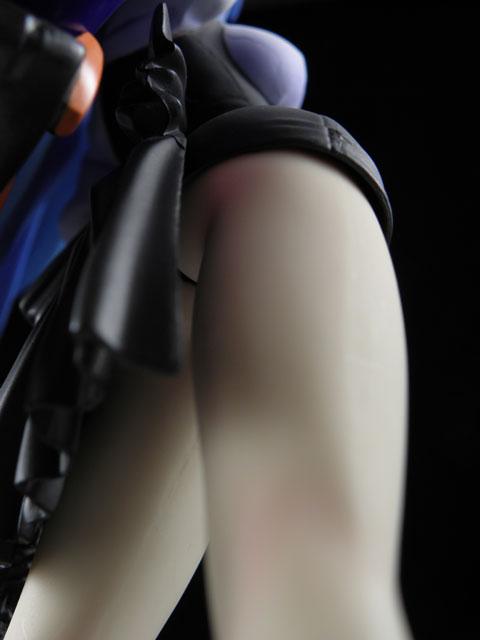 Limit Gunz and other Anime Figures are available at Anime-Export.com 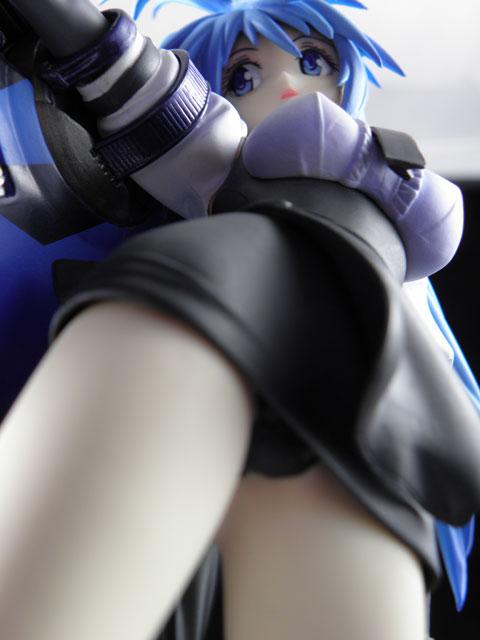