Usually I get the figures that I review sent from Kotobukiya (thanks Josh), but sometimes there’s a figure that I just have to get myself. 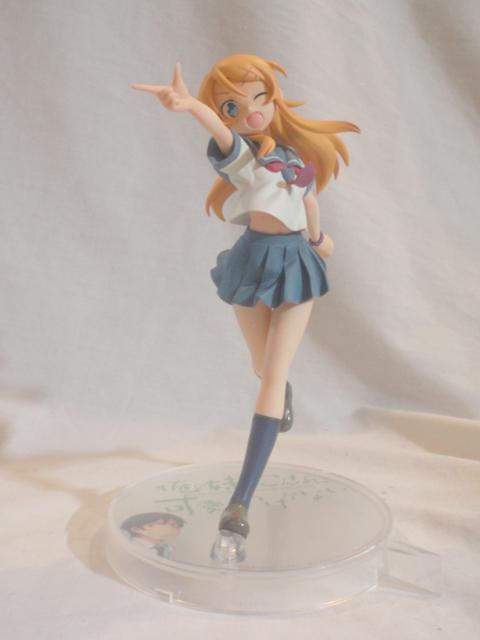 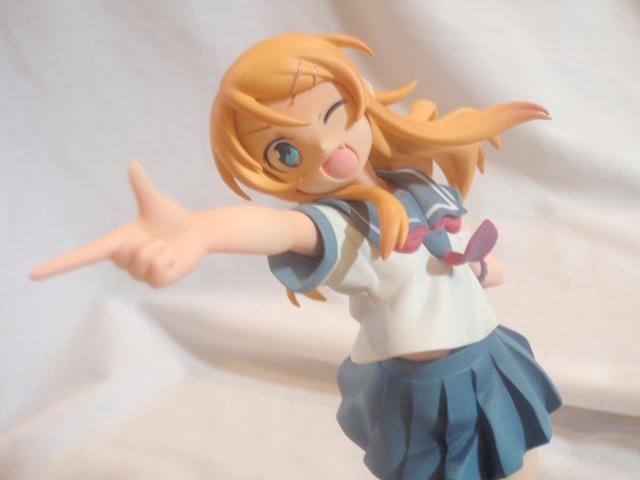 This is Kirino Kousaka, the main character (along with her brother) in Ore no Imouto ga Konna ni Kawaii Wake ga Nai (My Little Sister Can’t Be this Cute). Kirino Kousaka appears to be an average middle-schooler who is secretly an otaku, especially for anime and games that involve younger sisters (the irony being that she acts cold to her older brother). 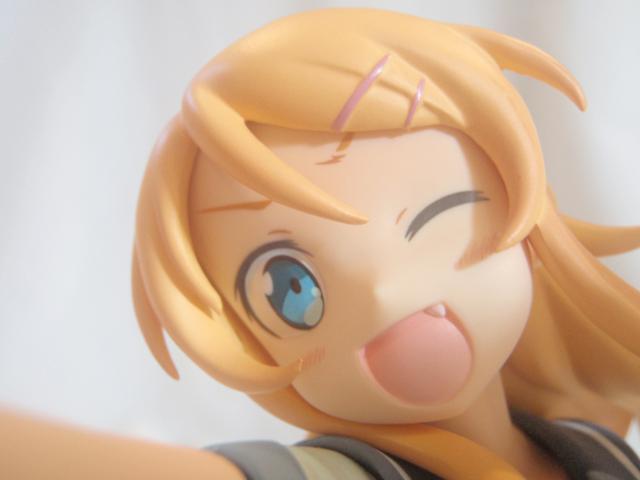 The box has windows on all sides so you can view the figure. 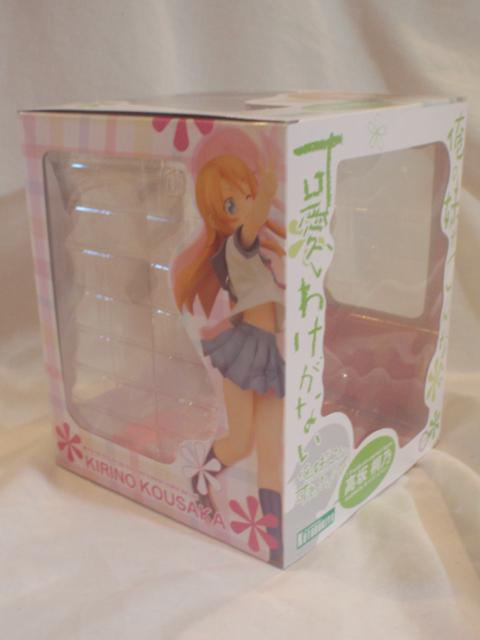 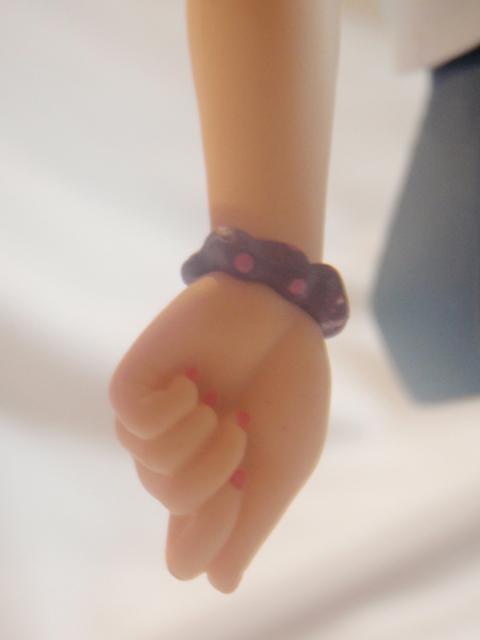 As for the figure itself, you wouldn’t expect any less from Kotobukiya. The quality is top notch. Besides the adorable face, other details such as the painted nails and her scrunchee on her left arm are faithfully reproduced. 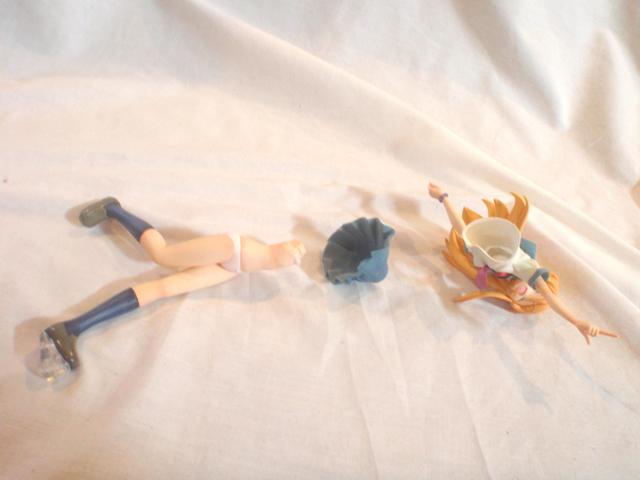 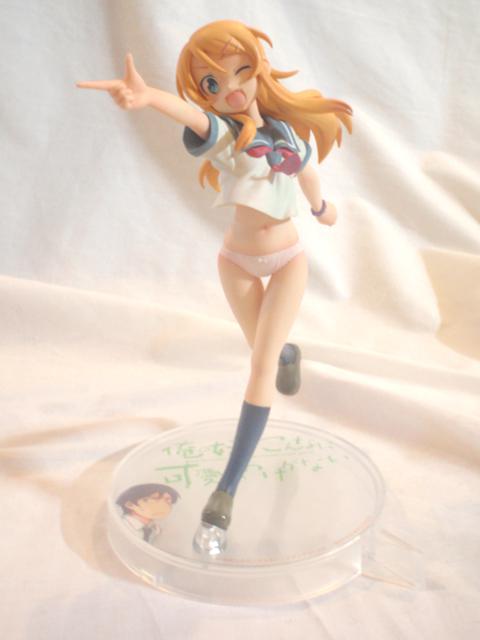 Part of the figure is cast off. While her torso is easily removable, I do exercise some caution and make sure to pull both the torso and legs and not just legs so as not to break them. Her pink panties and even part of her bra can be seen (even under shirt, you can still see them) with fine detail. 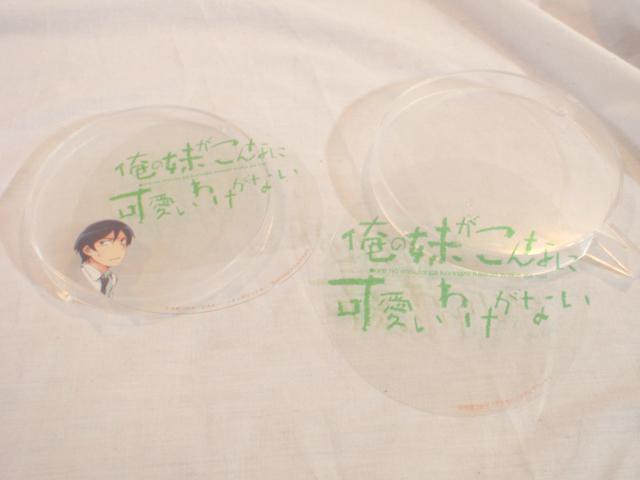 The base itself is clever too. There are two plastic sheets that you sandwich in-between the top and bottom part of the base. Both sheets contain the title of the anime but one of them has her older brother Kyosuke Kosaka on it. Neat! 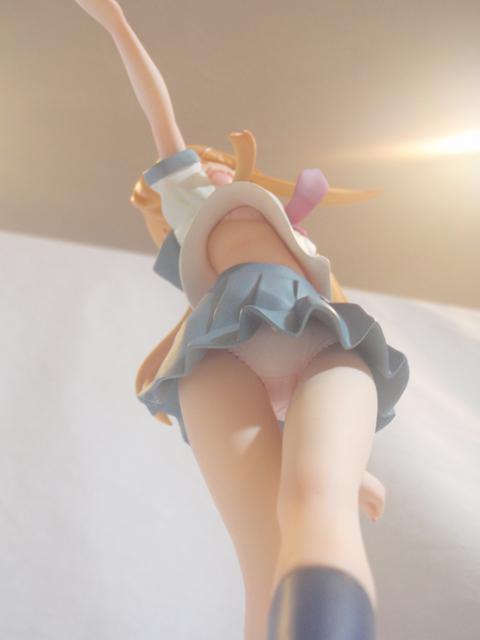 Overall this is a fine figure. I ordered this from HobbyLink Japan. The first batch is sold out and the preorder for the second is too. Suffice to say, this is a popular figure. Worth it if you can still find it. 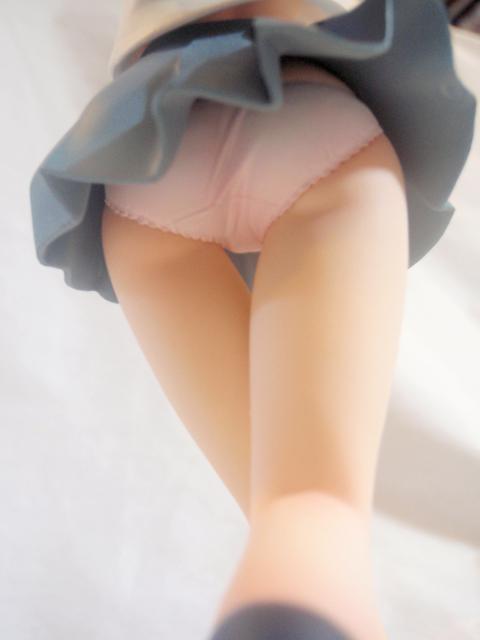