Geranda is another run-of-the-mill space alien from Ultraman. His full name is “Tinted Bone Winged Space Beast Geranda”, and he appears in the 1998 movie “Ultraman Tiga & Ultraman Dyna: Warriors of the Star of Light”. Like many Ultraman monsters, I’m sure it has appeared in other instances as well. You don’t spend all that time making that rubber suit to use it just once, you know? 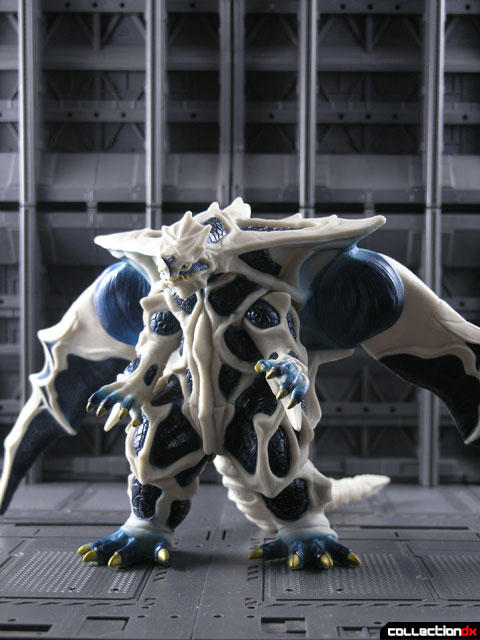 This review is special, because it is the first time that my wife has taken pictures of a toy for CollectionDX, or any toy pictures for that matter. Not a bad first time, if I do say so myself. 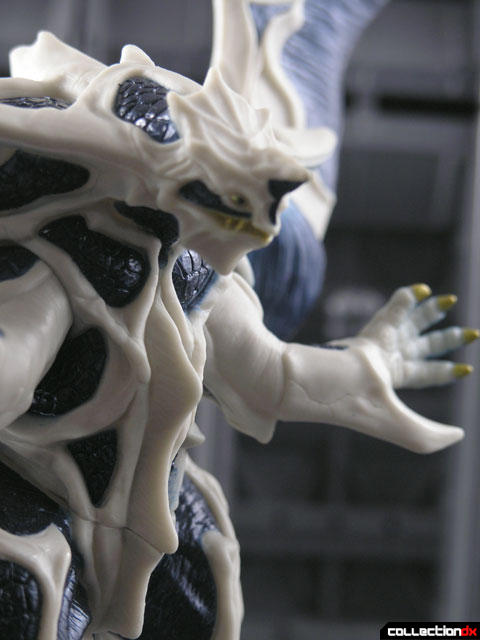 The toy itself is an unremarkable piece of vinyl; I only bought it because of its folding wings. The wings give it an impressive wingspan on the shelf. Otherwise, like most ultra-kaiju, it doesn’t do much. 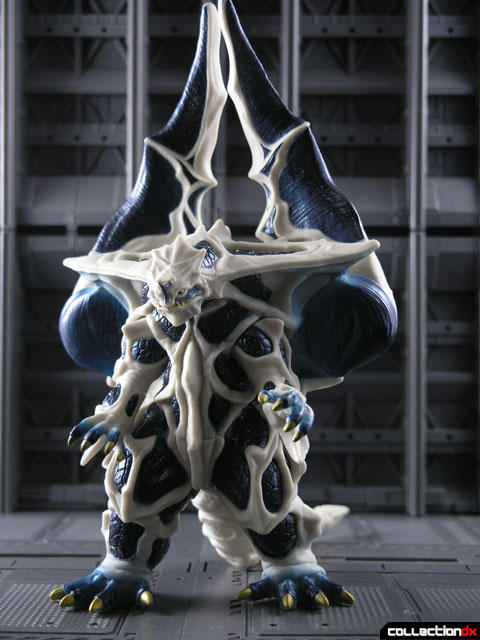 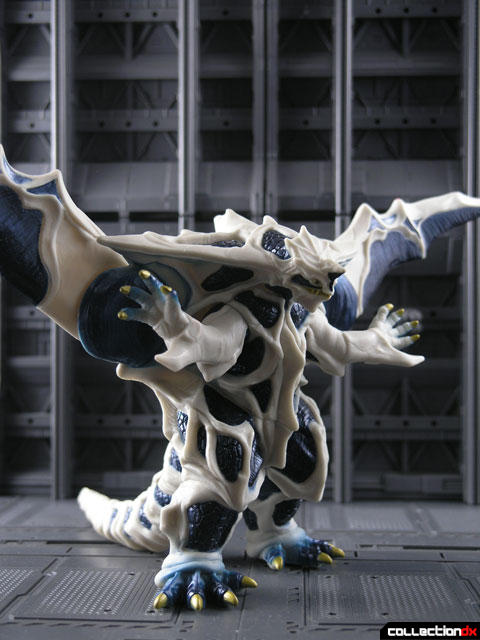 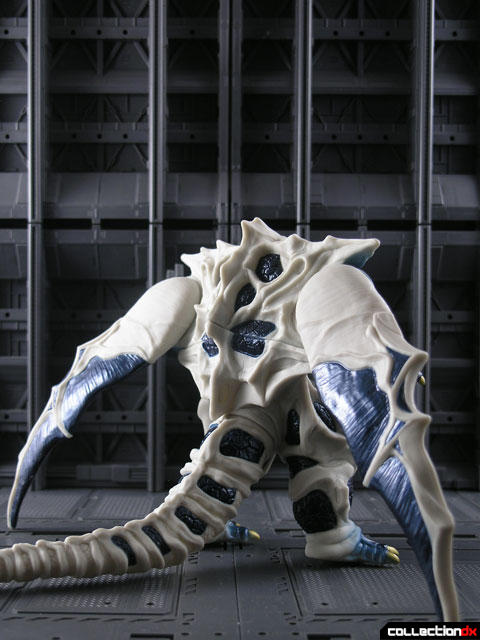 It’s molded in white vinyl with blue, and a few other paint sprays. Paint application is fine. 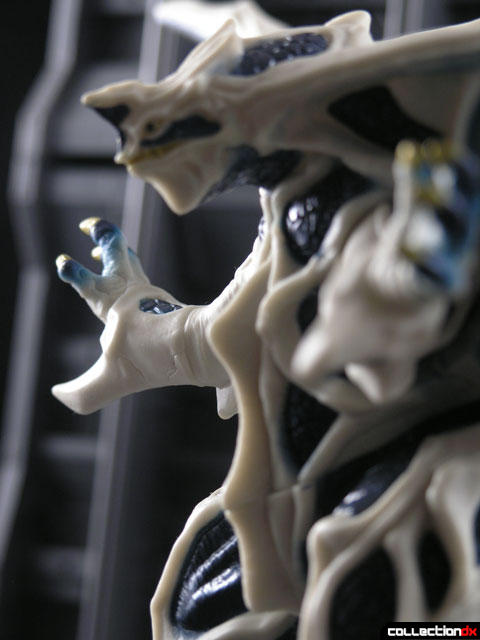 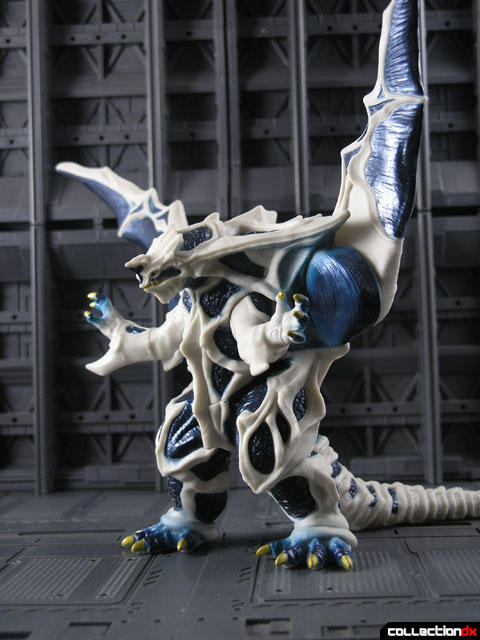 It’s a cheap toy made for kids, so after this review, off to the kids it went! 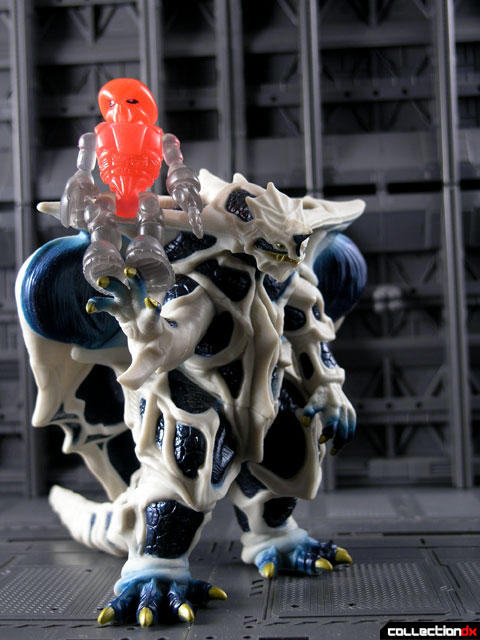 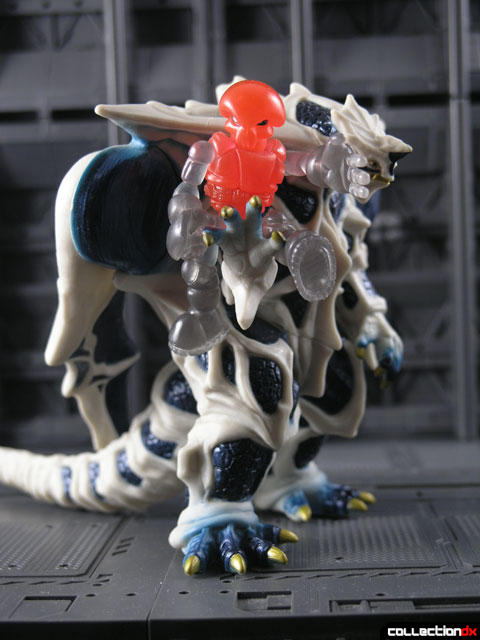 I guess Monster X from Godzilla: Final Wars wasn't that original after all...!!

You can tell this is a kid's toy because it would never fit on a shelf!

Ooh- now that is a cool MotW!