The Galia 4 Fold set is a Tamashii Web exclusive. Collectors could mail away for the set, which is only available to Japanese residents. However, with the help of shops like Anime-Export, you can order them and have them shipped to the states.

The set is named after the Planet Galia 4, from Macross Frontier. In episode 12, singer Sheryl Nome is sent to the largely Zentradi military base on the planet Galia 4 to perform a concert. When she is stricken ill, a Zentradi uprising occurs. The SMS sends ace pilot and sniper Michel out with Ranka Lee to sing in her absence and quell the riot.

Unfortunately, the planet is too far away, but there has been work on an experimental Super Fold Booster that can get there quickly. This is the booster included in this set. 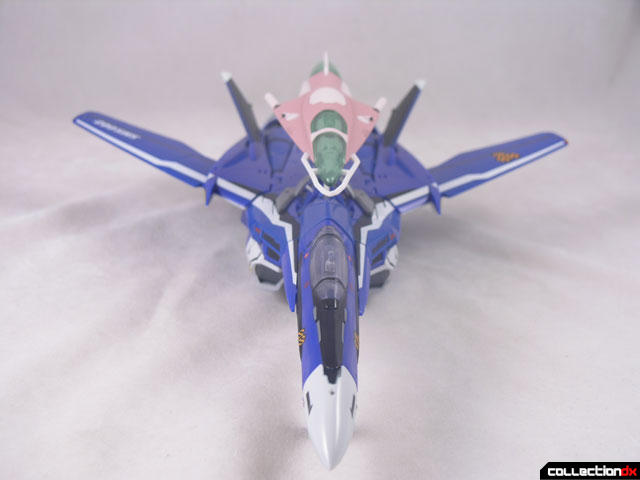 Once Michel and Ranka arrive, the fold booster is jettisoned and Michel's valk is equipped with sonic boosters that amplify Ranka's song, disrupting the renegade Zentradi attack. 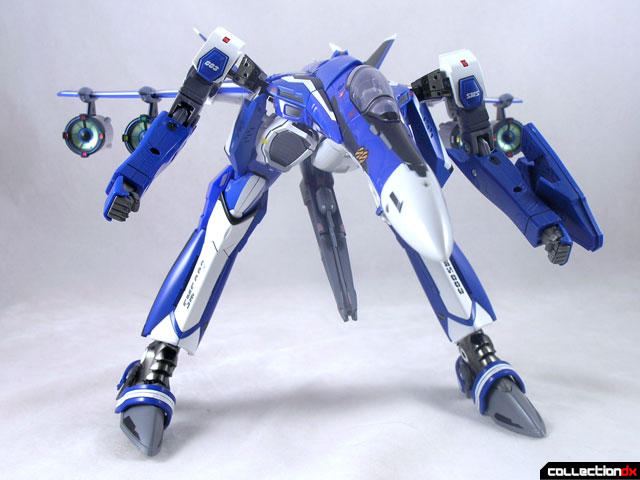 As I said before, this is a mail-away set. While the parts are used with Michel's VF-25 Messiah valkyrie, they can be used with any DX Chogokin Messiah Valkyrie. 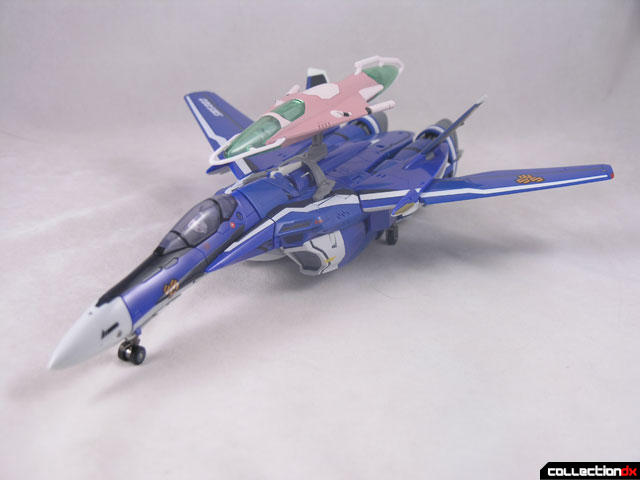 This is a small set. You don't get a lot. Included in the set is:

The Fold Booster is plastic with clear dome parts. Unlike the Yamato fold boosters, nothing lights up. It can be attached with one of two different connectors, depending on if the toy has its armor parts on or not. 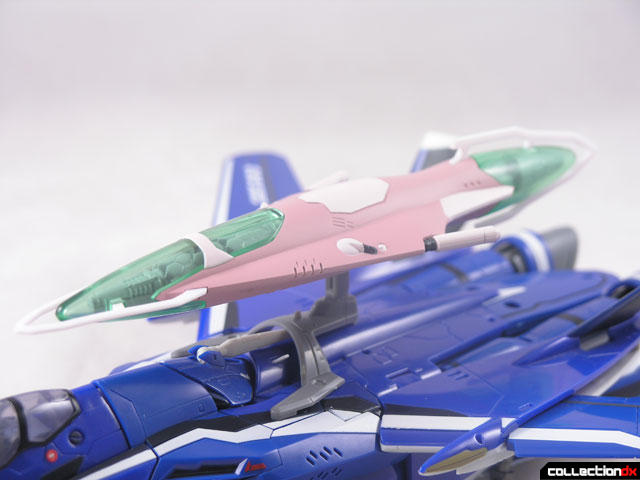 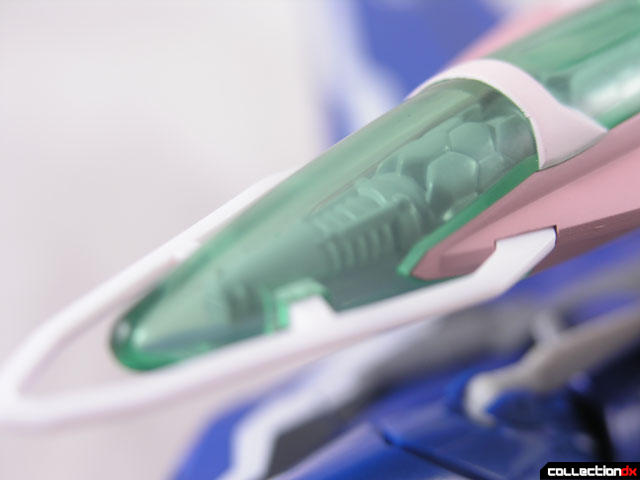 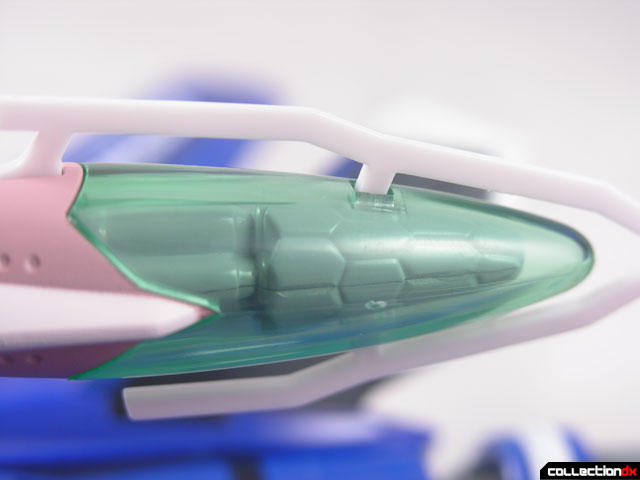 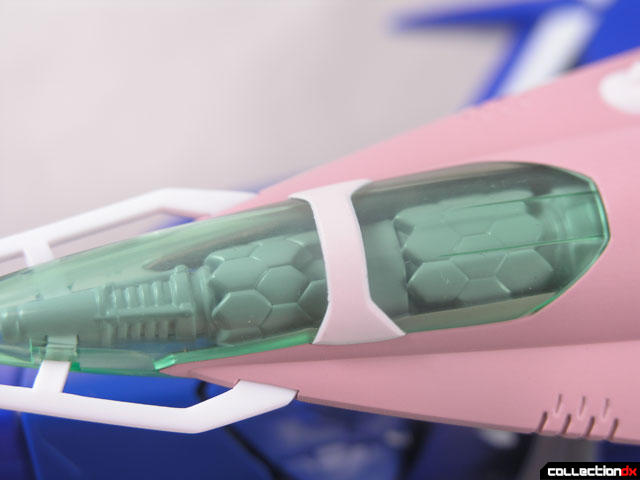 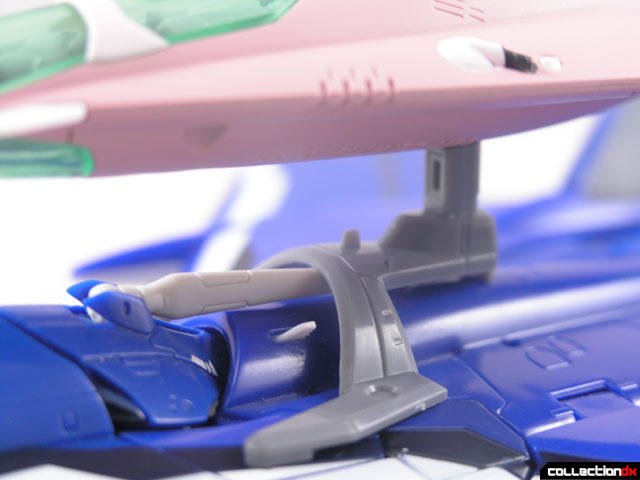 The Fold speakers clip onto the wings of the toy in either fighter or gerwalk mode. Unfortunately, the appearance in the anime is in gerwalk mode, and we all know how much the gerwalk mode on these toys sucks. Each booster is decorated with different colors on the points where they should be lit up, but these don't light up. 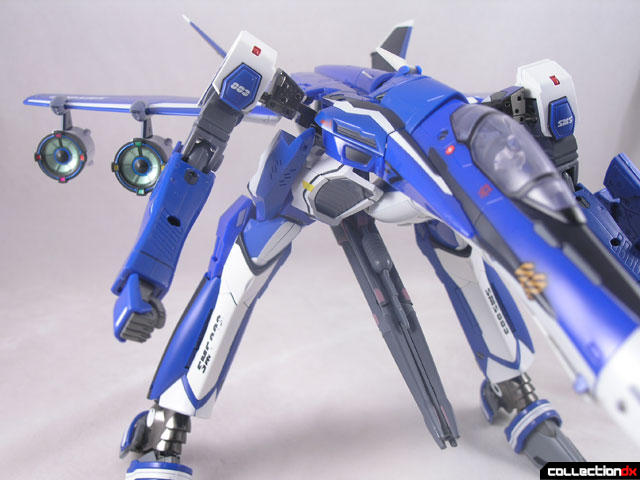 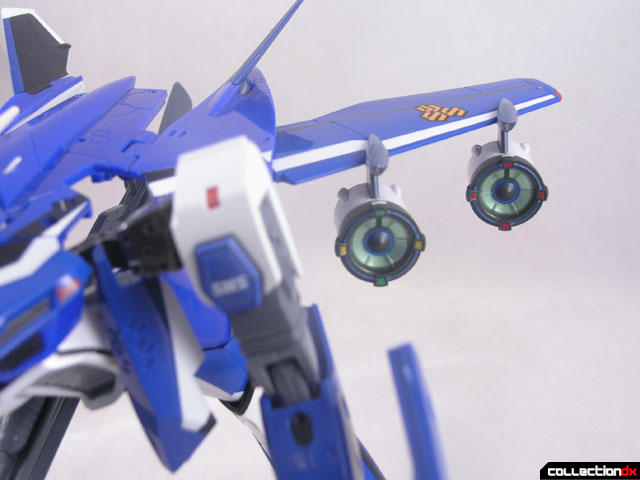 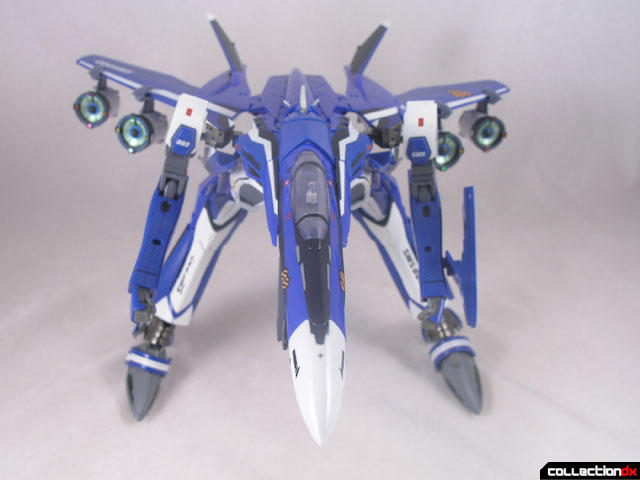 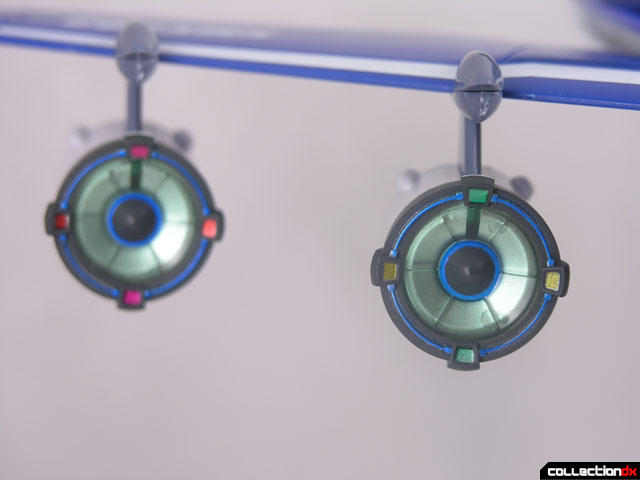 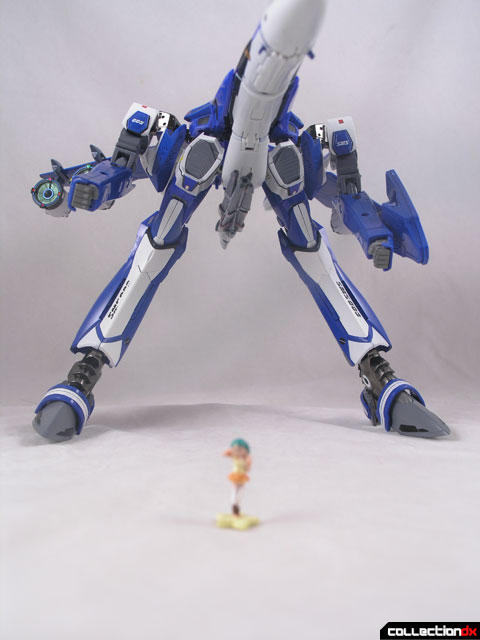 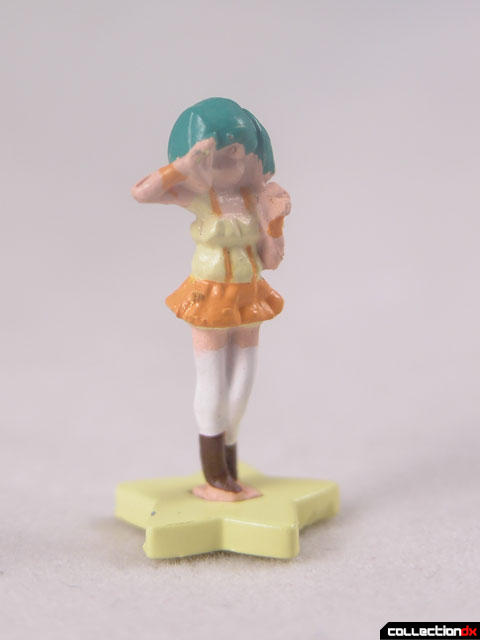 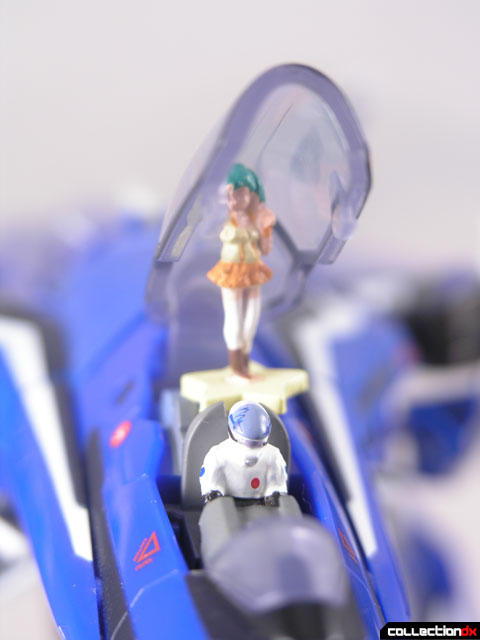 This set is bittersweet. The scene where Michel's valk arrives and Ranka starts singing is one of my favorite scenes in all of Macross Frontier. It sends chills down my spine. The set itself is great, but the fact that it only gets used in gerwalk mode really bumms me out. And there is the price. The original Japanese retail is around $50 bucks, which is already too much. Add on the fact that you have to import it, and pay a markup due to the rarity... well, lets just say you need to be hardcore to get this set. Maybe if the fold booster or speakers lit up?

Regardless, good luck finding a set. We got ours at Anime-Export, and if you want one, maybe you should too.

Another item that's an exclusive, that's overpriced and should have been included with the VF-25G.
also bandai could have tried harder with the Ranka figurine.

How well do those clips actually hold onto the wing? I mean,I'm guessing these were thought up after the inital toy was already made.

You know,I've never really been a collector of these more expensive imports,I stick to things like Transformers,vinyl kaiju,the occasional Revoltech,and such. Seeing this kind of thing happening makes me happy I'm not involved in this niche of collecting. They know they have you guys where they want you and it shows. I mean,objectively,this set is not worth the money at all. BUUUUTTTT....they know you'll say "Well I already have the valk and I loved that scene,so....."

I'm not at all knocking on anyone who buys this,because had I a little more cash,or were I a bigger Macross F fan (I'm only up to like ep 10) I would have bought it too. It's just that seeing Bandai pull this kind of stuff (not the first time,either) leaves a bad taste in my mouth.

I'll probably continue to buy their products though,and they know it. ;)

That is possibly the ugliest mini-figure I've ever seen. Honestly I would be hesitant to even pay like, $20 for this. It just feels so... poorly done? I think that they could have done more with this set, whether it's the speakers lighting up, the Fold Booster lighting up, or Ranka just being less ugly.

Yeah,Ranka looks like something Ol'Grampy whittled out of a bar of soap.

Hi there. Anyone know if this Gallai set is compatible with the Renewal valks? Thanks.

I don't believe so due to how the two toys have different sculpts and attachment points.