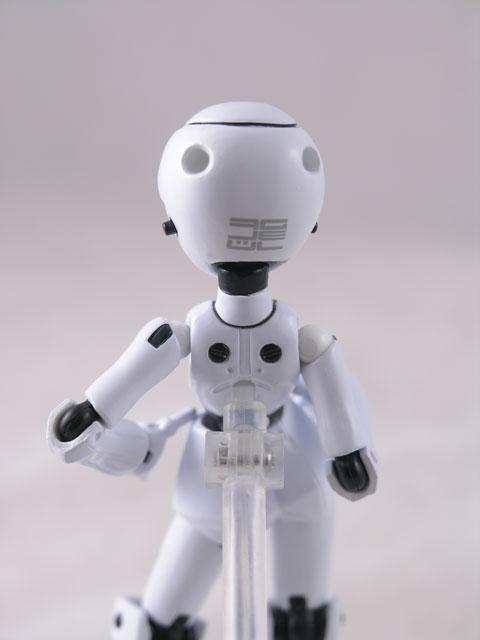 The Figma Drossel figure was one of the unexpected smash toys of 2009. I guess it is just the right combination of robotic and sexy. Perhaps Sorayama was onto something after all... 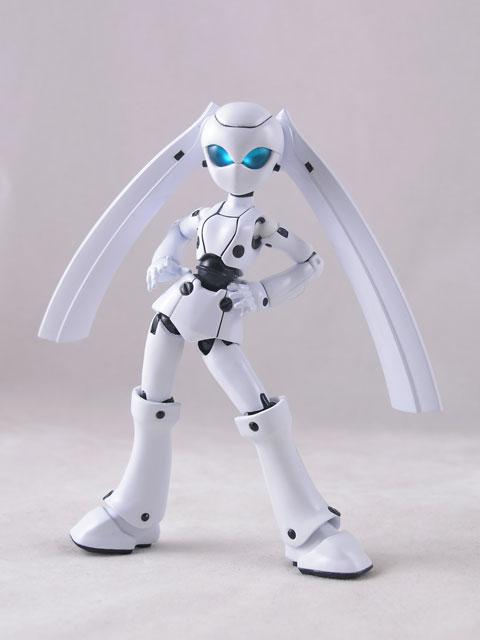 The character comes from a series of animated shorts made by Disney in conjunction with Toei Animation. The series is CG, and is quite... odd. There are only 13 episodes, each only a few minutes long.

The Figma Drossel is a great figure by any standard. It's well made, super articulate, and comes with a ton of accessories. 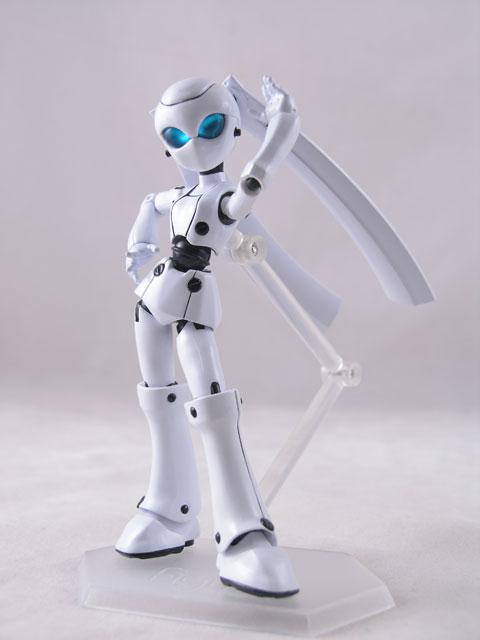 Figma Drossel is available at http://www.anime-export.com

Lets start with the articulation. The head is on a ball joint and each of the hair pieces are also ball jointed. 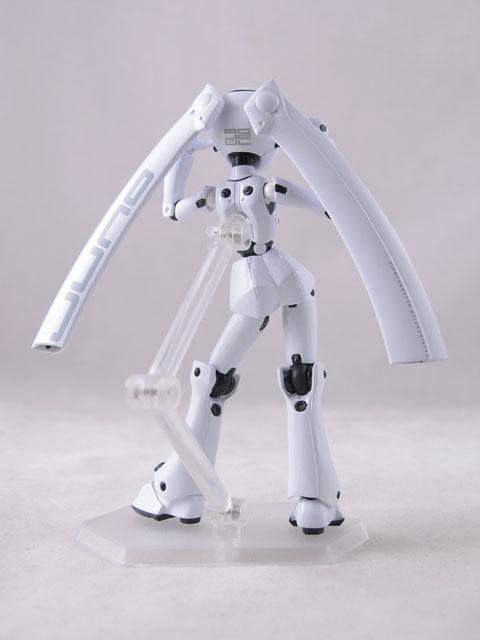 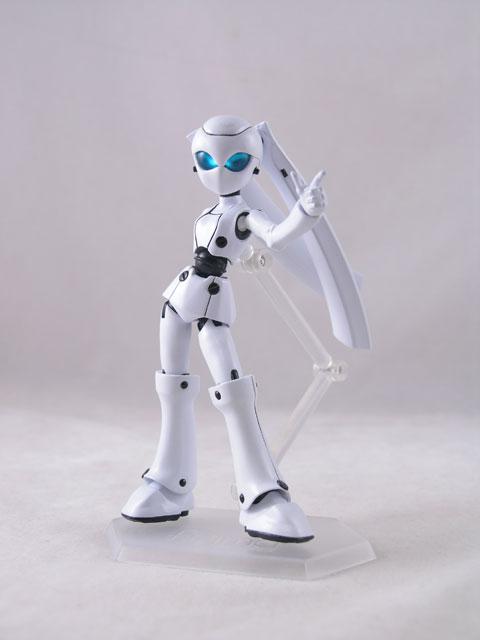 The shoulders have a double ball joint, but be aware that many owners have reported broken shoulder joints. This happens from the plastic parts sticking, and then breaking, instead of moving. My Deossel had no such problem. 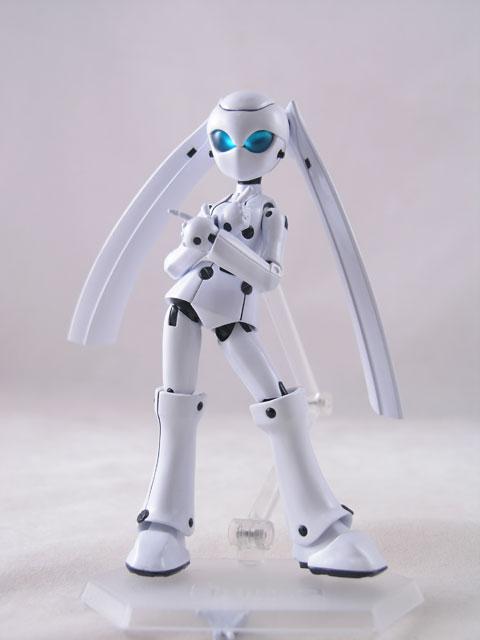 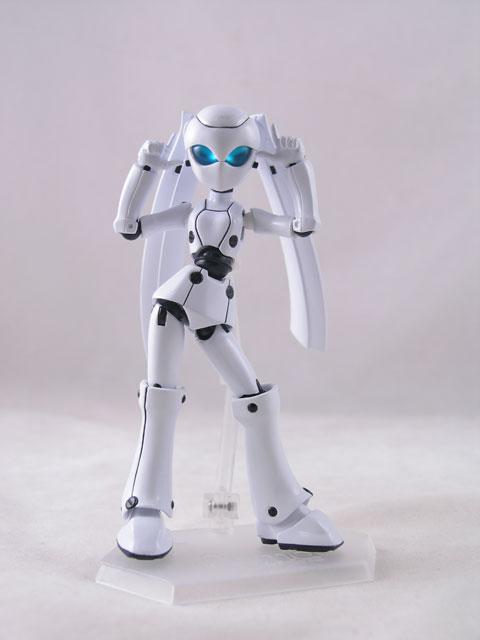 The elbows bend and swivel, and the hands are interchangeable. 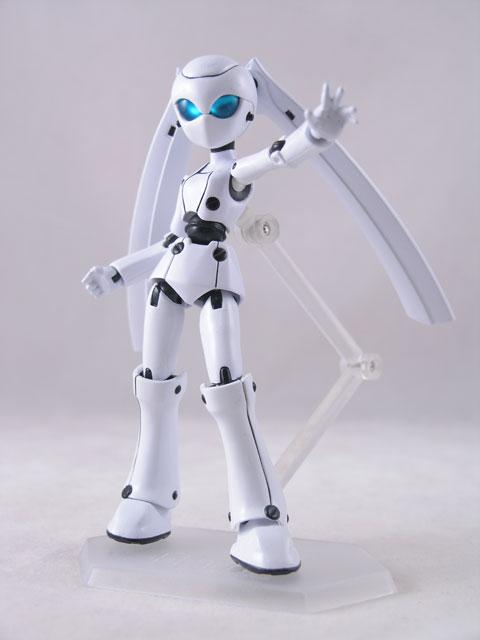 The waist has a great ball joint, and the hips are both ball joints.

The knees bend, and so do the ankles. It is really about as poseable as you could ask for without sacrificing looks. 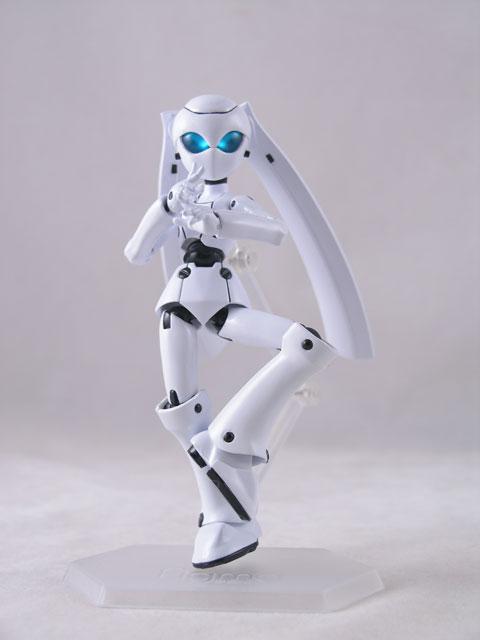 For accessories, Drossel comes with an assortment of headgear that she uses in various episodes of the show. 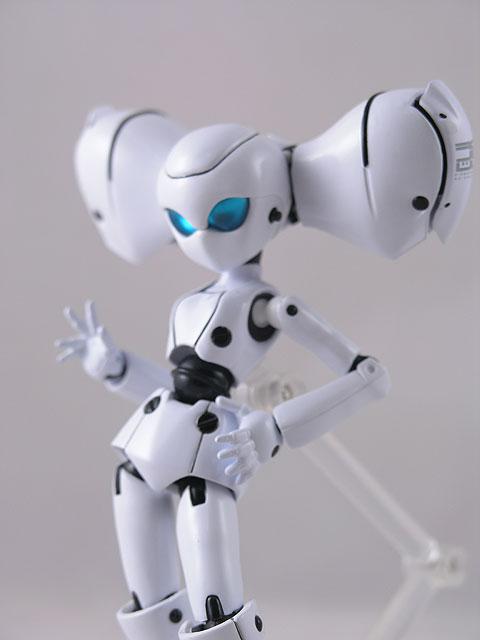 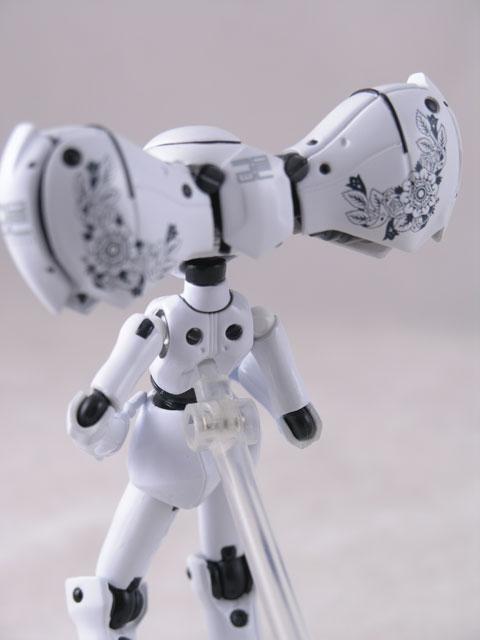 To exchange headgear, you need to remove the hair pieces. The large round attachment clips onto the holes.

In the show, Drossel finds these on her dresser, and mistakes them for "Fashion Gear" when in reality they are "Flying Gear". By default, you display the gear as-is. 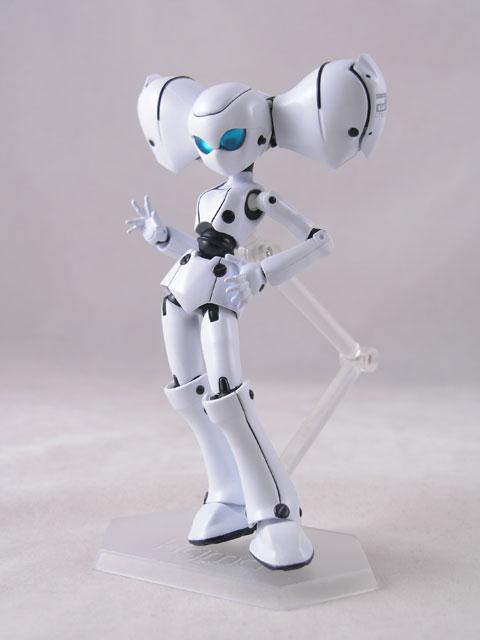 But then you can remove the sections at the end and plug in the wings to replicate when Drossel discovered she could fly. 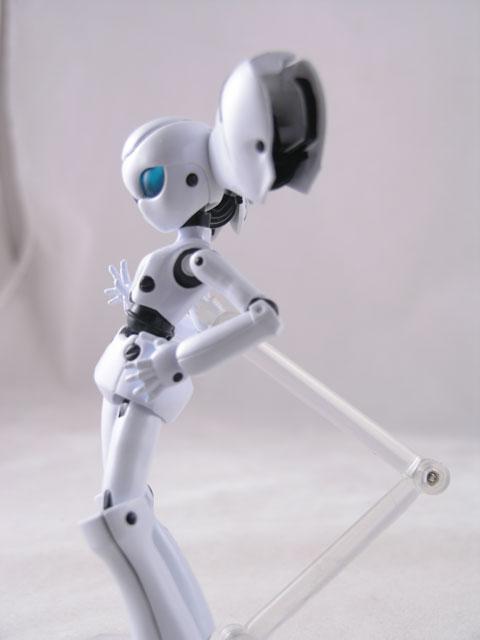 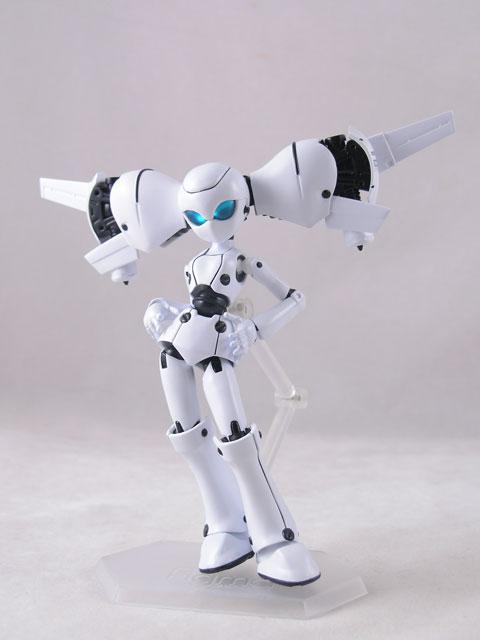 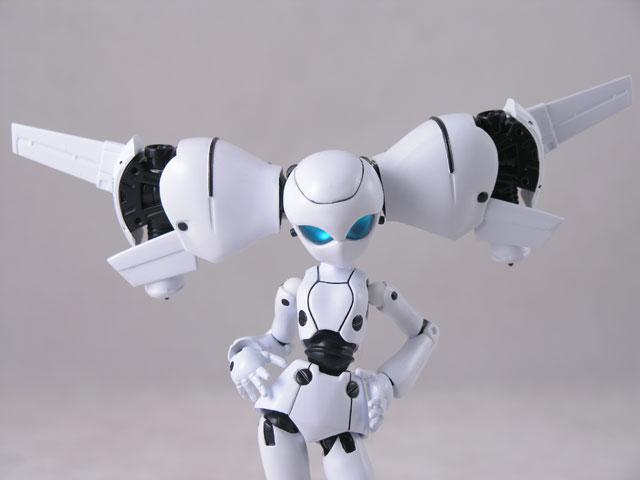 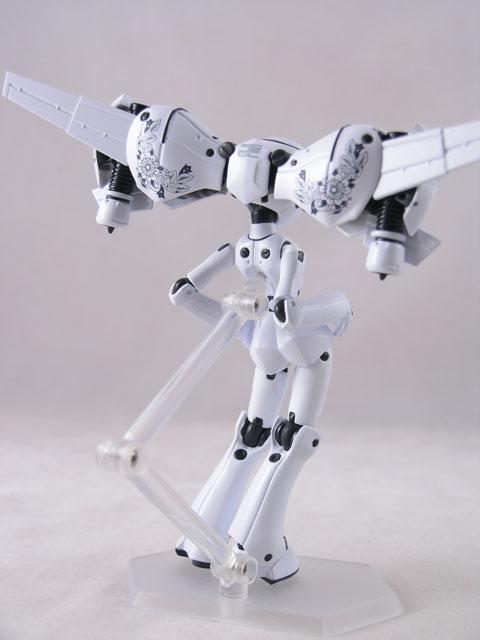 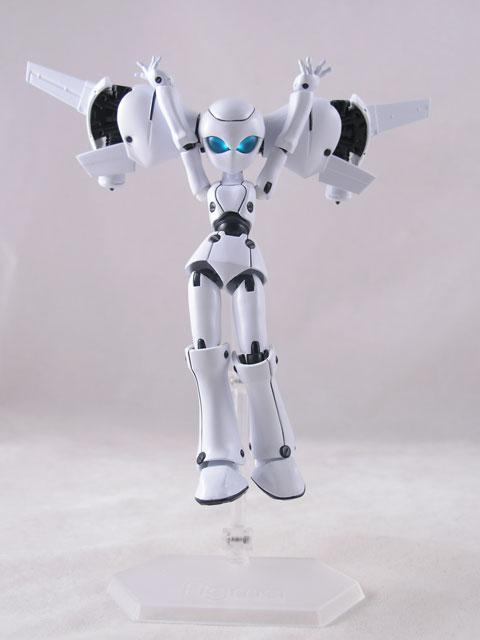 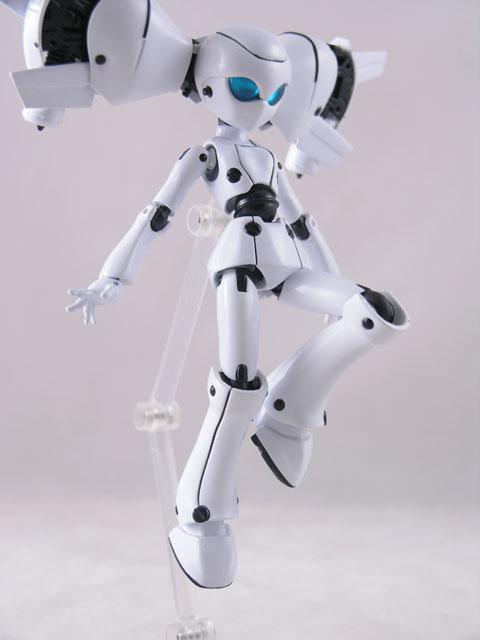 She also comes with a headset that resembles headphones. 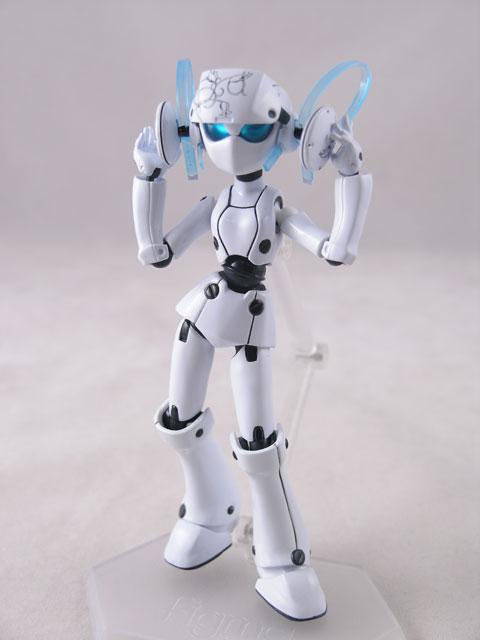 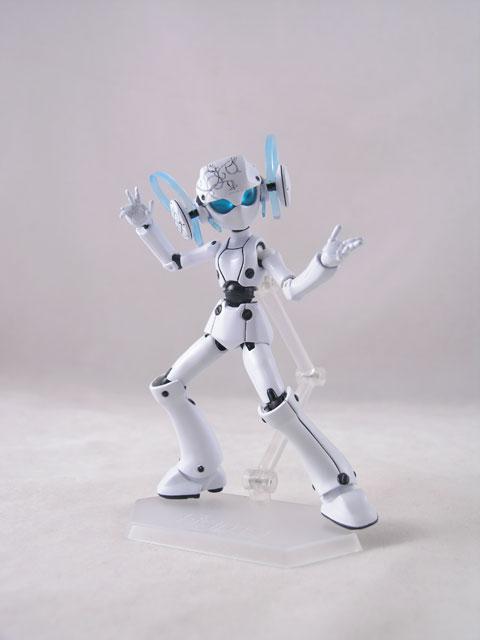 Included with Drossel is her instruction book from her father, left to her thousands of years ago. 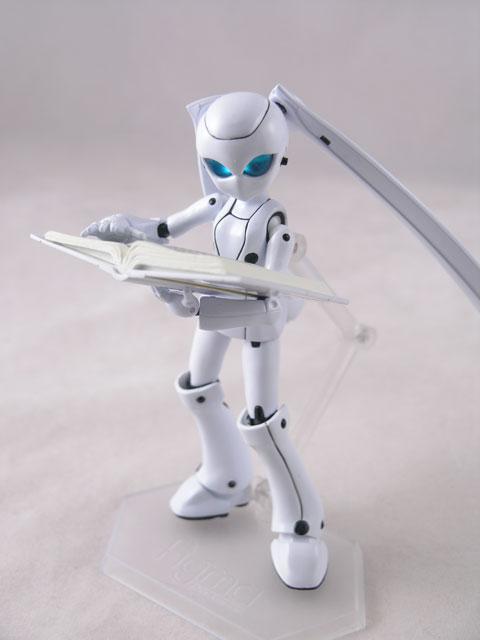 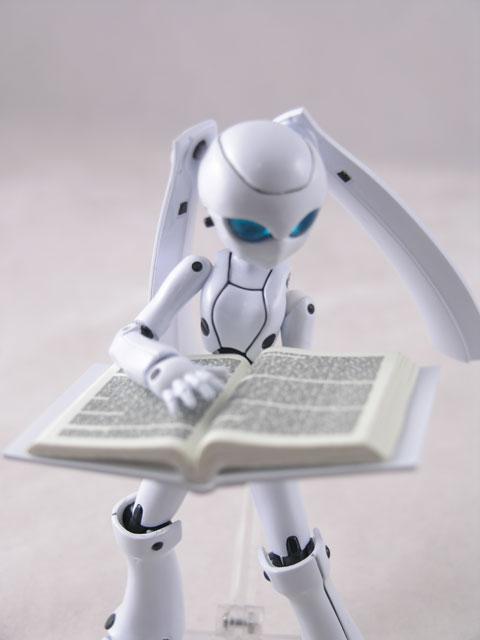 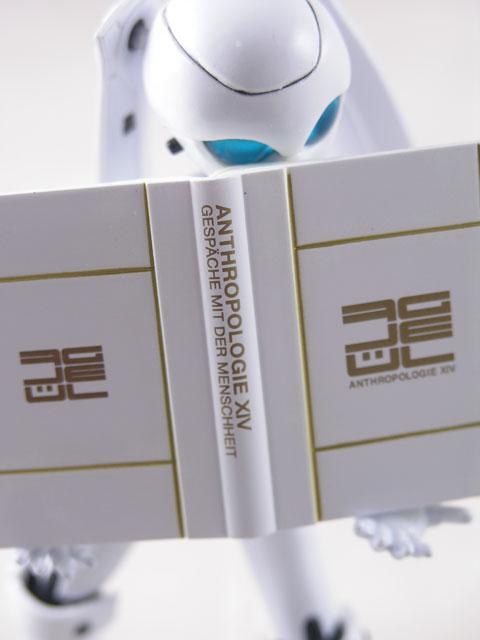 In addition to the head parts and variant hands, Drossel comes with a clear Figma stand. 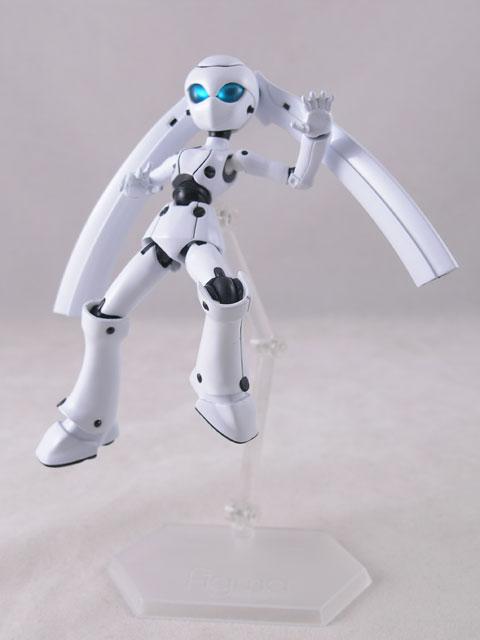