This ship is from the cartoon series that started it all, begging my parents to drive to Mr Big's Toystore, sitting in front of the television every afternoon to watch the Argo and Force Five, and being the catalyst for my Chogokin collecting. "We're off to outer space…" started many a day of my childhood. One of the lead antagonists was Deslok [Deslar] (BTW, some spellings have two "s", I put one to match the box), an honorable villain trying to destroy the Argo [Yamato] and its noble crew. Many vessels littered the show, and most were unremarkable cannon fodder for a stray hit and a glorious explosion. This review is for Deslok's [Deslar's] command ship... a vessel that lasted longer than most and had a look that was cool, otherworldly, and respectable. 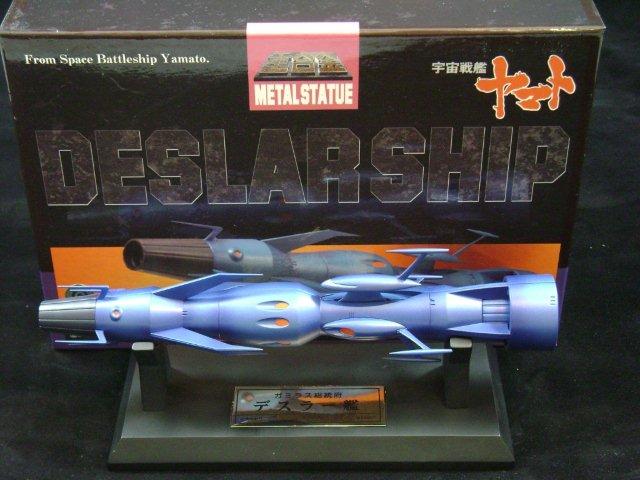 The toy was created by Marmit, for its DaiGoKIn line, is nine inches long, and has a one inch circumference. The whole fuselage is diecast with plastic fins/command deck.

The image-laden top box slides over the lower white portion and Styrofoam tray. It comes with a very heavy and wood-like black base that has a metal slivery plaque written in Japanese on it. 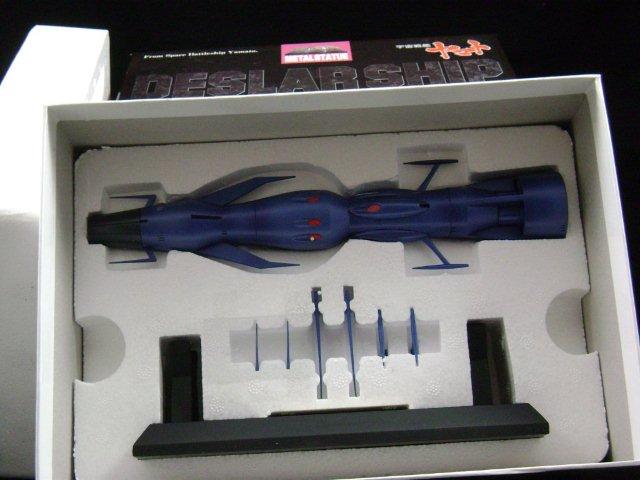 Marmit stuff is expensive and strangely released; you see the release dates... then nadda. Deslar’s Ship has been my "holy grail" since it came out in 2009 and then never could I find... until recently. 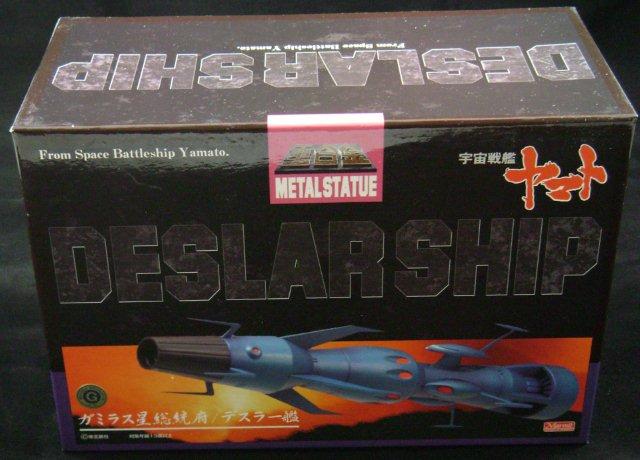 The ship comes out of the box complete and just missing side fins due to packing.

You slide in the six fins, put it in the stand and you are all done... 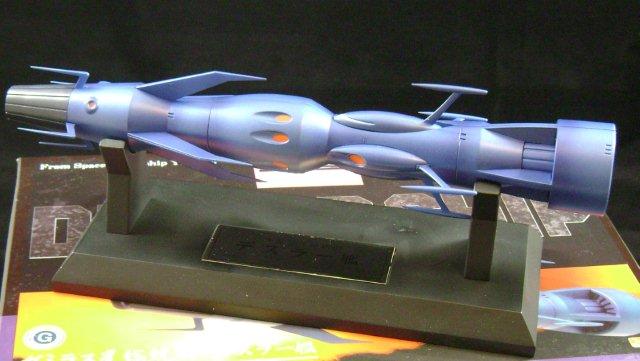 There is fine detailing (no light up features, sadly), the paint scheme is cobalt blue with purple accents, and like the original version of the Andromeda, it has weathered look. Engine thrusters and gun area are plastic plates in-laid in the Chogokin. 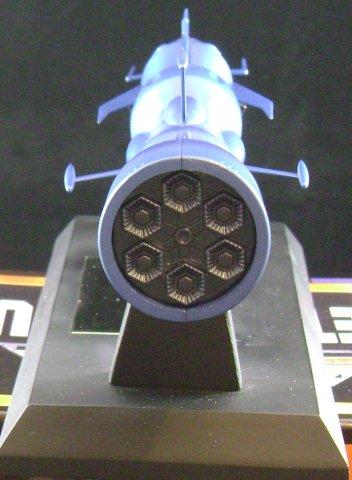 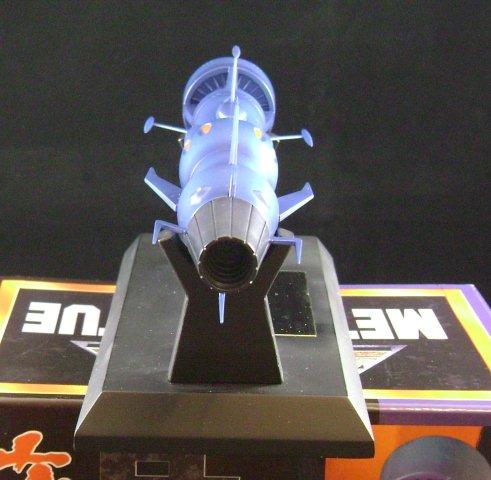 This is an old school hunk o' metal with few bells and whistles. The only feature is that the command deck raises and lowers (manually, no spring system, it slides and locks into place). 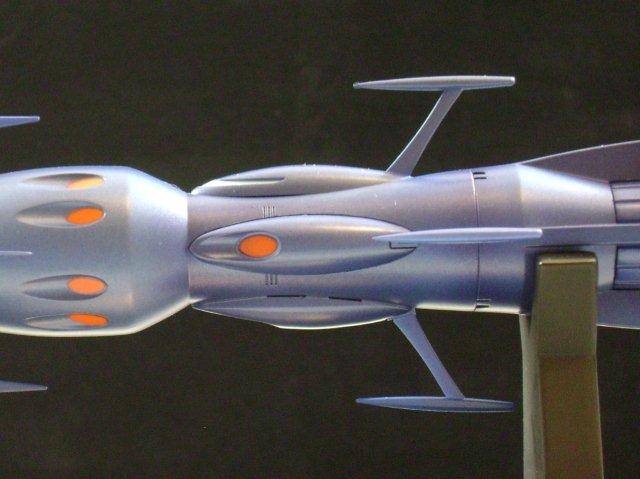 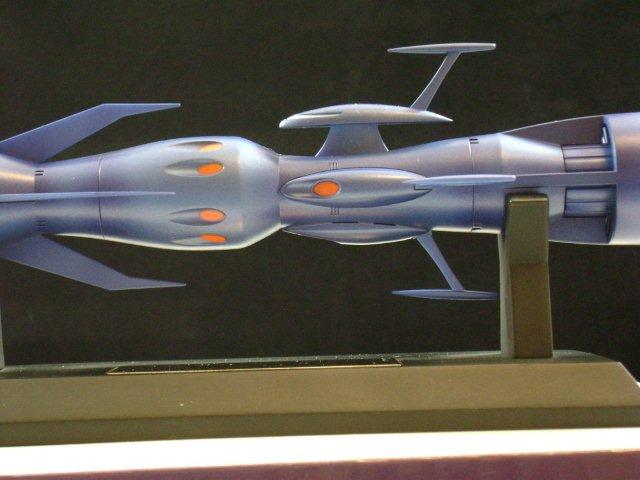 Most Marmit Daigokin have paint flaws (my Andromeda does), but this release has none that I could find (maybe I am lucky with this one). Overall I love the look of the thing, even though it is small (Andromeda is 17 inches and this is 9...think the size of a light-saber). 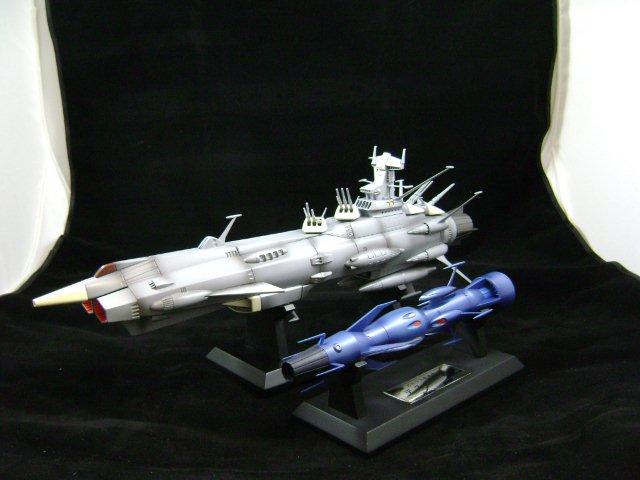 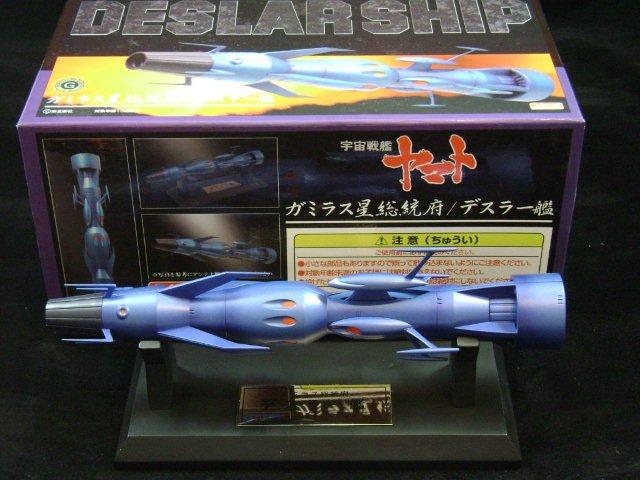 If you have Star Blazers mania like I do... I have bought the Soul of Popyica Yamato, have pre-ordered the GX-57 Yamato and/or the Marmit Andromeda [Metallic Version], and anything else Yamato...track down one of these bad boys, and when you slide open the box, yell out "Deslok, Deslok, Des-lok!" 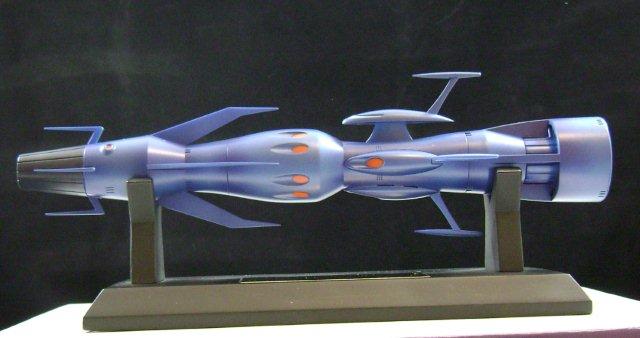 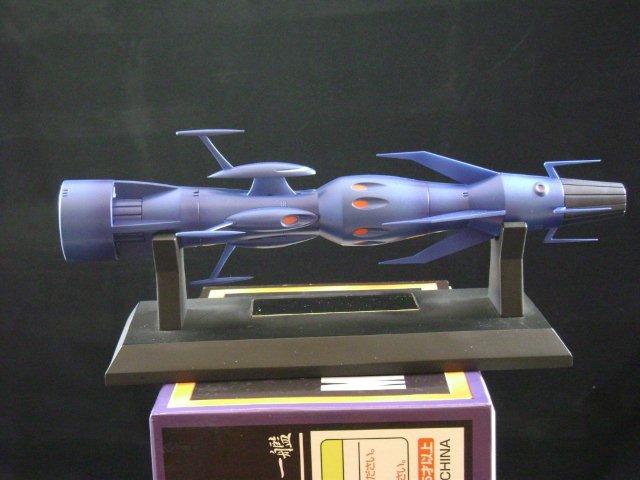 Oh yes! Space Battleships from Matumoto Leiji-sensei's universe are so cool! Nice review! Thanks for sharing!

very happy I listened to their advice and just take pride in the review for myself and the lack of info on the item when I purchased. Because I don't think I have ever gotten more than 3-4 comments...my reviews definitely are not best sellers...toward informing the masses about chogokin...lol