SD Gundam is a vast, sprawling offshoot of the Gundam franchise. Featuring everything from straight up renditions of major Mobile Suits to weird fantasy RPG interpretations, SD Gundam G-ARMS is a line steeped in action movie pop culture. Every rag-tag group of robots needs a leader, and that's a job for Command Gundam. This is going to be a little different from my normal reviews. I want to start off by saying the SDX Command Gundam is very sturdy and surprisingly heavy for his compact little body. His removable chestplate and feet are solid diecast. He comes with five separate eye plates: neutral, angry, happy, looking left, and looking right. Almost everything can be field stripped off and Command Gundam comes with a bunch of character accessories like his eye-patch, bandage, and walking cane. He comes with an shoulder rocket launcher taken straight out of Commando which is attached to his backpack via an articulated arm. He also has a giant machine gun which can also be plugged into the backpack. The backpack also features a motor launcher with a moving support piston. He comes with one assault rifle with two different stocks. His best weapons are his grenades, two regular and two Ball grenades. Anyone who has seen Gundam Movie III will tell you Balls are the most explosive material in the Gundam universe. He comes with a custom display base with an optional support arm. And the rest will be told with pictures. 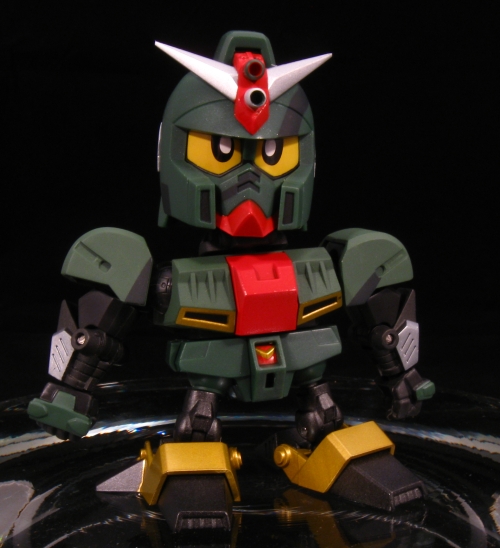 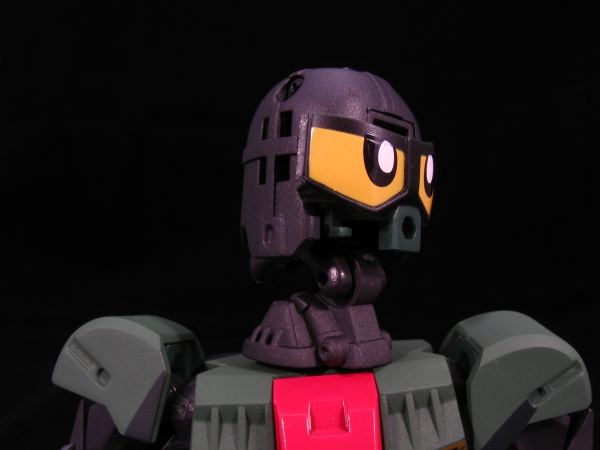 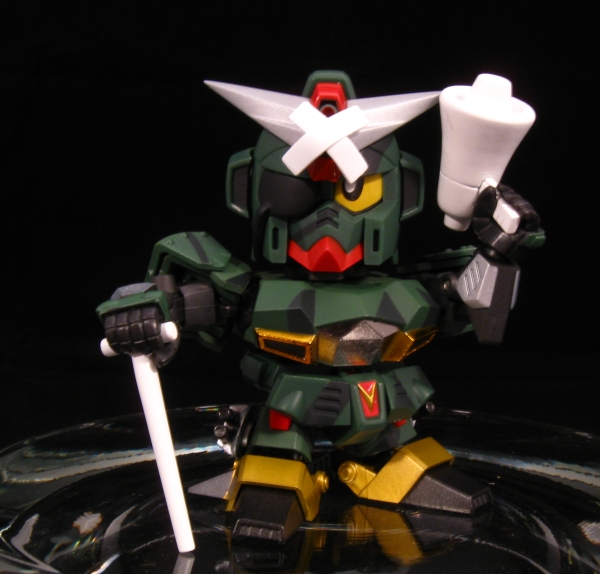 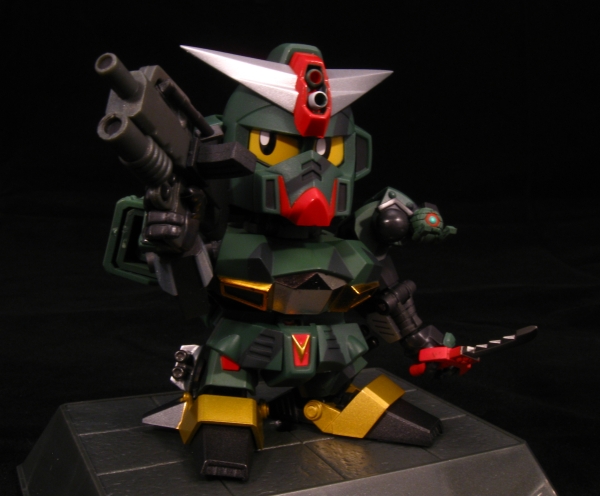 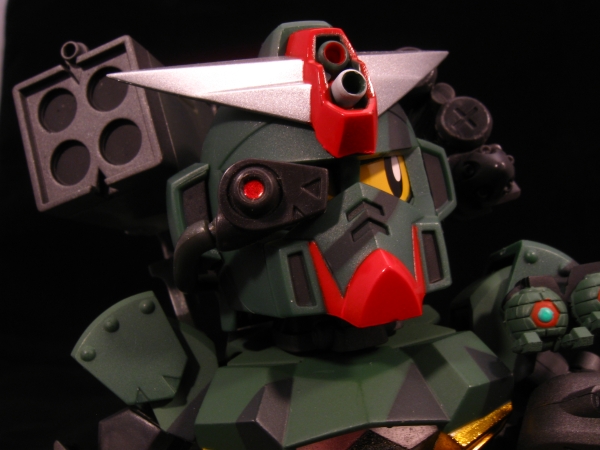 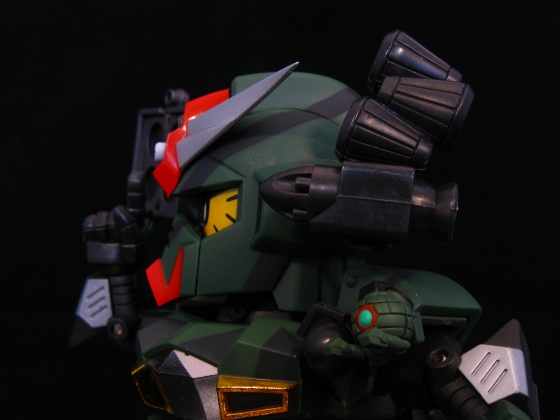 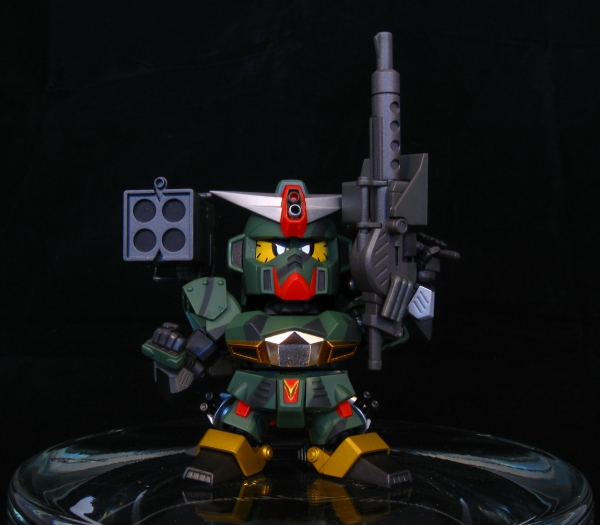 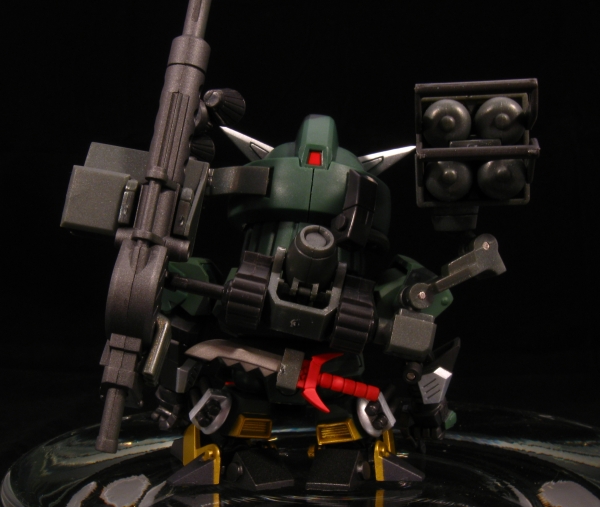 The Things They Carry... 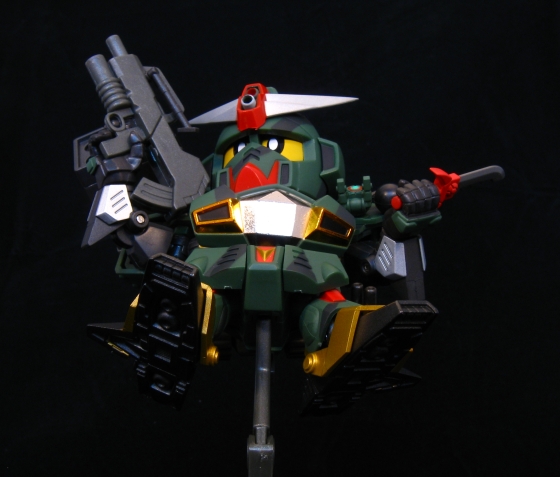 "We're jumping onto White Base!" 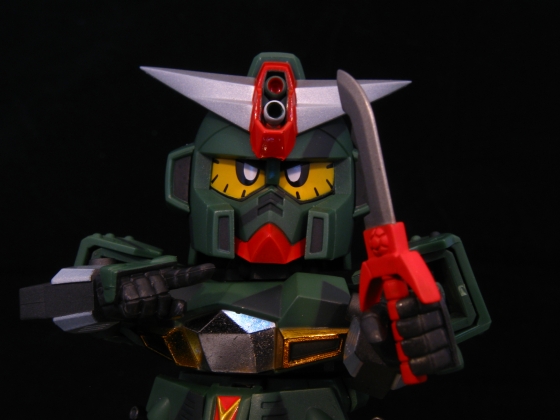 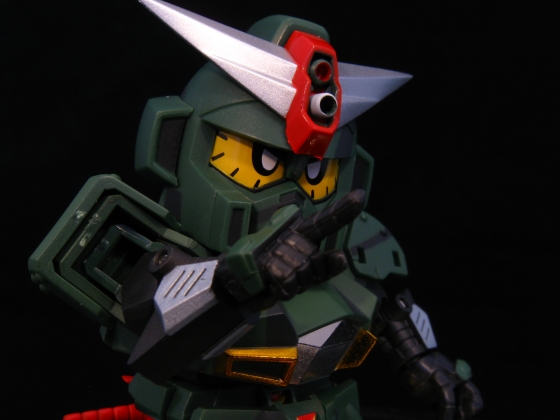 "Nothing is over! Nothing! You just don't turn it off!" 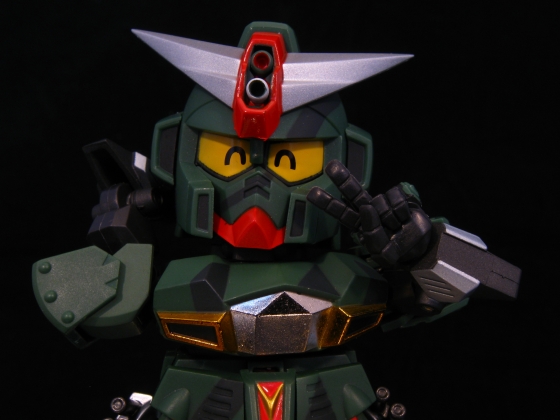 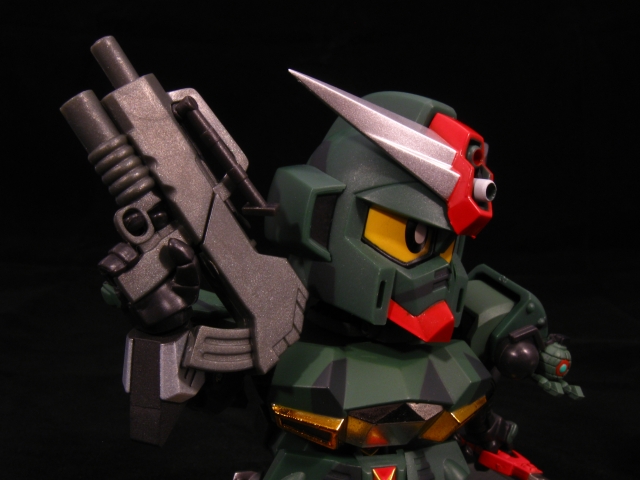 Overall Command Gundam is a wonderful little toy that is full of personality. My only complaint is that his base could have used a handy storage drawer for all these extra bits. Also the MSRP is a little high, but the figure's quality more than makes up it. Now where's my SDX Green Beret Gundam...

Love the different expression you can give it..

Got a question, can't find any info on Samurai Pizza Cats toys.. a review would be supadupacool :)

Got this little guy on the cheap courtesy of one of HLJ's recent free shipping sales. He's an awesome figure and totally dripping with personality. Frankly I found the included display base to be rather pointless as he stands fine on his own, and the design doesn't really show itself worthy of many cool "flight" poses. But by flipping the base upside down, it becomes a nice little tray for all the extra accessories.

I find the best storage bins have some kind of cover so the littlest plastic bits don't spring out accidentally. Like if you knock it around or bump the shelf. Those little plastic toothpick holders work well.