Zagoran (Glow) was an exclusive toy offered by Japanese toy maker Gargamel at the 2008 San Diego Comic-Con. I actually traded a black CDX Gore Sky Deviler for this, so that's pretty cool. 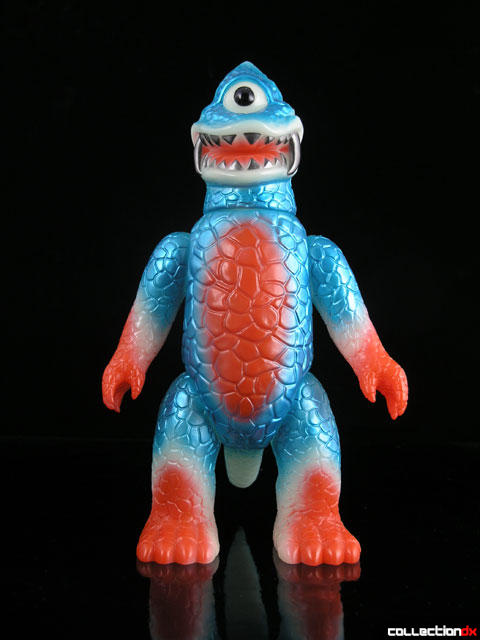 Zagoran is an interesting character. Those of you familiar with the Japanese Designer toy scene will know the character due to the countless versions of him. But where is he from?

Zagoran comes from an old Japanese illustrated children's book called "Shin Sekai No Kaiju" which translates to "New World Monsters". This book features a ton of original kaiju that never appeared in any kind of TV or movie. The book was written by Toshiya Nakaoka and illustrated by Kaijita. The great thing about these kaiju is that they are what you would call "open Source". Technically they are called Pachi Kaiju, but the gist of it is that pretty much anyone can make a toy of them without paying licensing. Many of the small Japanese vinyl companies have gotten their big breaks with Zagora and other Pachi Kaiju toys. 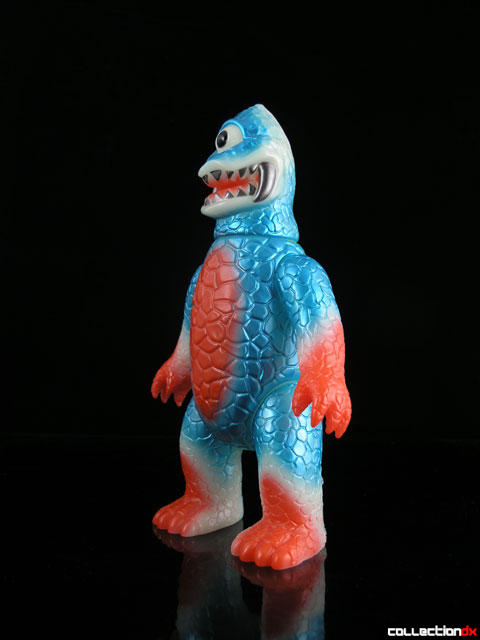 So, this is my first Zag. I got it because I really just wanted the guys at Gargamel to have one of MY toys, and this one looked appropriate. But damn, its very cool. 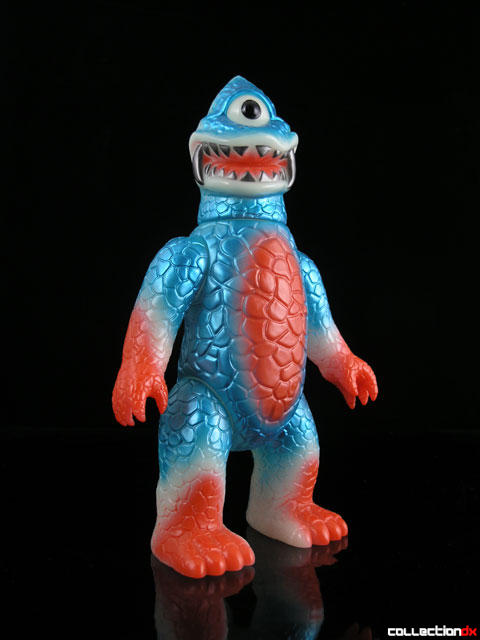 It's a standard (ST) sized vinyl which comes in at about 9 inches tall. 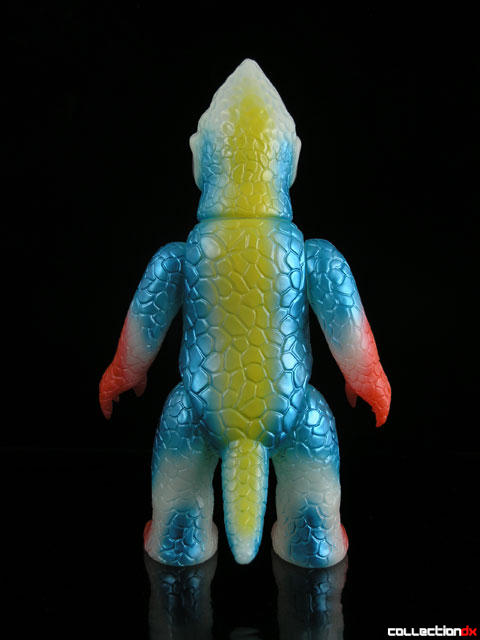 Like most vinyl, its not known for its articulation. Zagora has only 5 - legs, arms and head. Paint application is limited to a metallic aqua, red, silver and black. 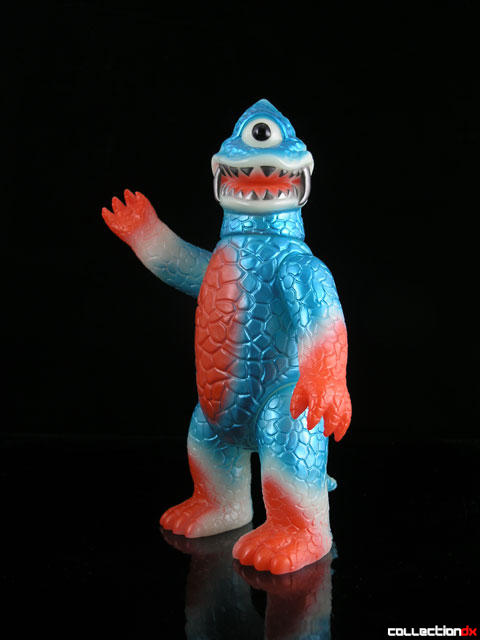 Of course - it glows. And it glows really nicely. Far be it to steal the glow thunder from Sanjeev, but I had to share this. The glow looks great under a standard light: 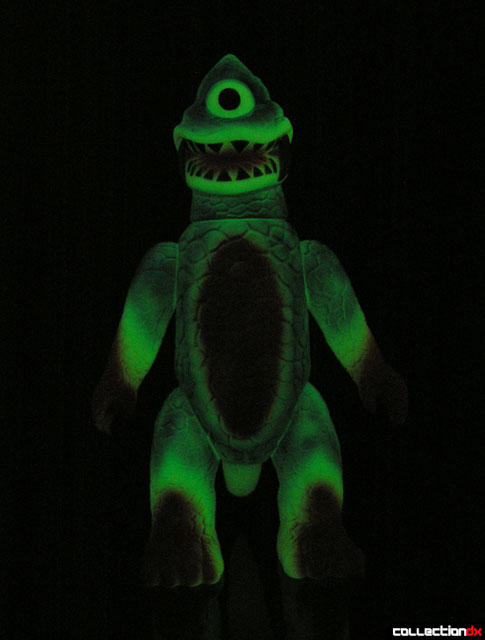 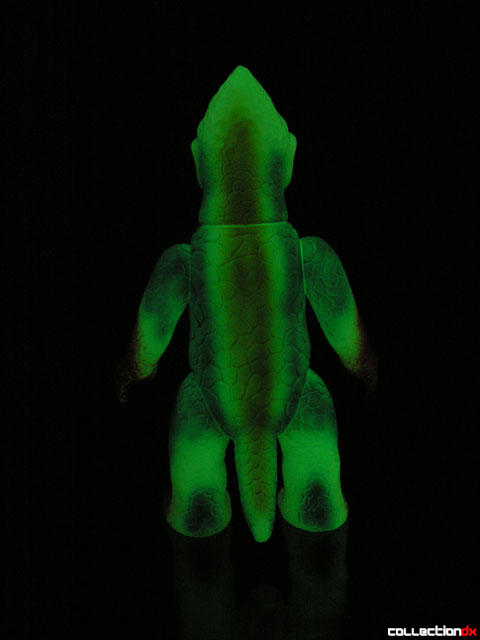 And under a black light: 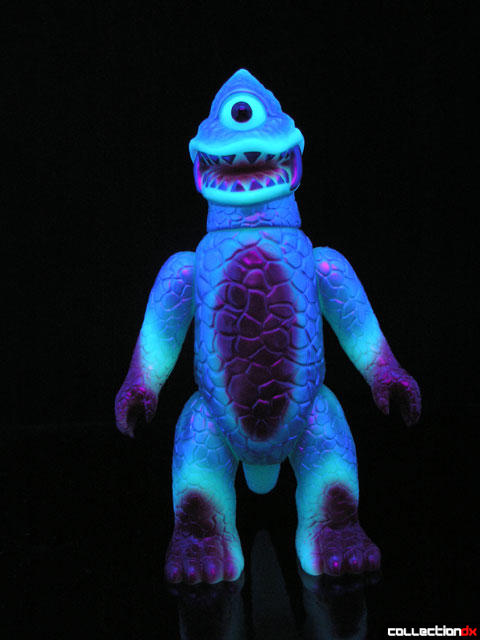 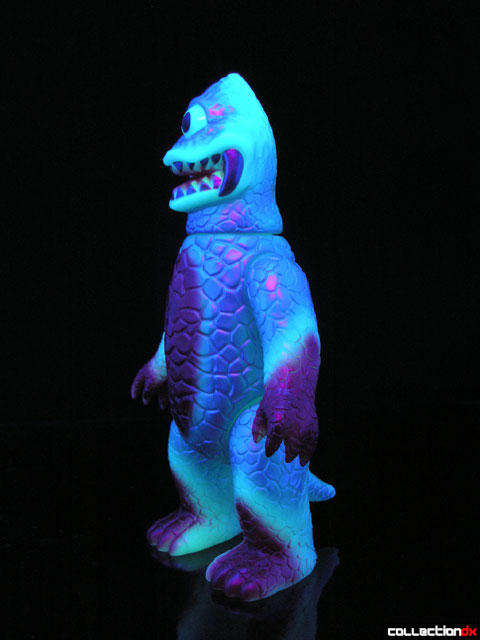 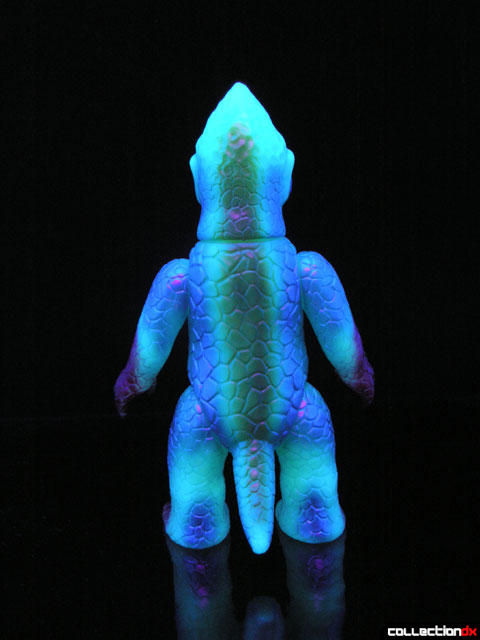 Yeah, I can tell this is your Zag...much more so than the diecast. Glad you're digging the glow!

I don't know if you're aware, but matching this exact colorway is a separate glow MCB (Mischievous Crouching Bastard...not to be confused with the "mini" Zag sculpt, MCBs are the real tiny ones that come separately or with the tanks and whatnot from Charactics). You might wanna track it down--they make a fantastic pair!

Cool Zag! Josh you must of hid this from me when we did the SDCC. I really like all the interpretations of Zag. Wish I could get them all. I guess I'll just have to be happy with my Mini Tank Zagoran